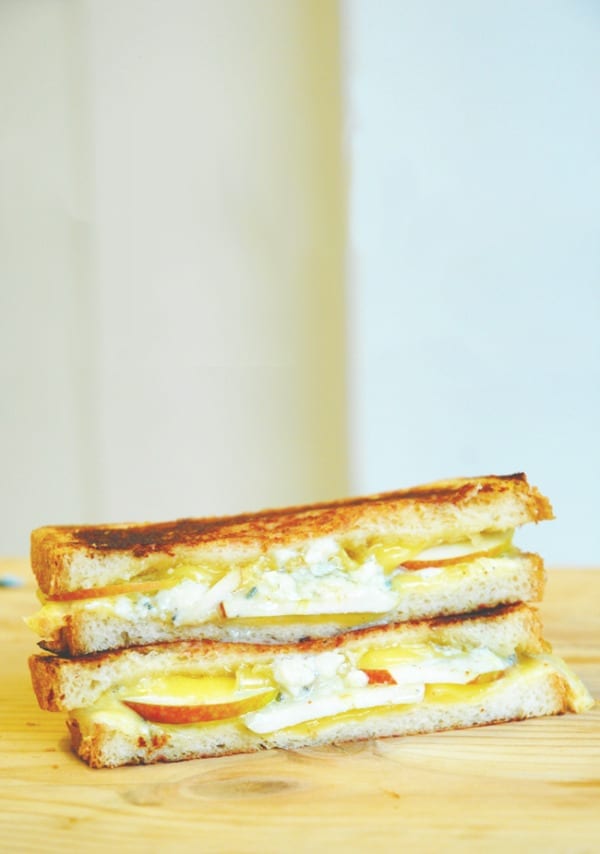 As you may know from my insta-feed, I spent a couple of weeks this past summer lounging on the beatiful beaches of the historic Parte Vieja in San Sebastian, Spain (Join!). Ok, ok… So maybe I wasn’t just lounging. I was there because I won a contest with Eat Feastly – a food startup that can best be described as the air bnb for super awesome dinner parties. While I was away on my exotic adventure, I acted as one of Feastly’s brand ambassadors while they were doing a residency at the Basque Culinary Center. It was awesome. I got to cook grilled cheese for… well… a bunch of people that didn’t even know what grilled cheese were. Can you believe that?! I guess I just assumed that everybody knew what this glorious food was. But nah, dawg. They didn’t, so naturally, I showed them the light.

Beyond the grilled cheese slangin’, I also did some other slightly questionable yet completely fun stuff… Like, um, Tinder-ing.  The first night I was there, I started swipin’. Of course there were lots of lefts but I was so impressed by the right-swiped Spanish dudes because whenever I swiped right (and when they did, too) they would ALL send a little hello message! If you live in New York, or anywhere else where American boys are overwhelmed and outnumbered by the insane number of hot ladies runnin’ around, then you know this is pretty frickin’ impressive. Even though I was in shock from my phone dinging every thirty seconds or so, I was able to resist the urge to stare at my phone all night and actually went out and met one of them IRL!

I think I picked the best hunk on there because after hanging out with him, I wasn’t interested in anybody else. When I think about him, I get all hot and bothered. He was sooooo FINE! A tall handsome tanned surfer dude/video game coder/teacher that had the cutest accent that has ever existed. He also had this insanely hot beard and bod that I just wanted to pet all night long. And he was sweet. And he had a dachshund. And I think I loved him. I mean, I know, know two weeks isn’t long enough to really fall in love, or maybe it is – whatever – but maybe it was the fact that we knew we had a limited time together. Either way, I think he re-wired my brain in the romance department. He was exactly what I needed – a reminder of what it’s like to be in the right kind of relationship. To feel butterflies. To experience puppy love! (eek who am i?!) He made me breakfast in bed, would wait for me on the beach so I didn’t have to walk alone, and he would put on this cheesy romantic music and we’d make out with no shame. Gahhh he was the best. I think I would marry him and have a million of his babies if we lived in the same town. Why can’t Spain and NYC be closer together? Total bummer.

But with all this hot Spanish-ness running through my blood, I had to make something glorious to refocus my chi… So what better than a decadent foie gras grilled cheese? Swap out the butter for some foie and move on sister. 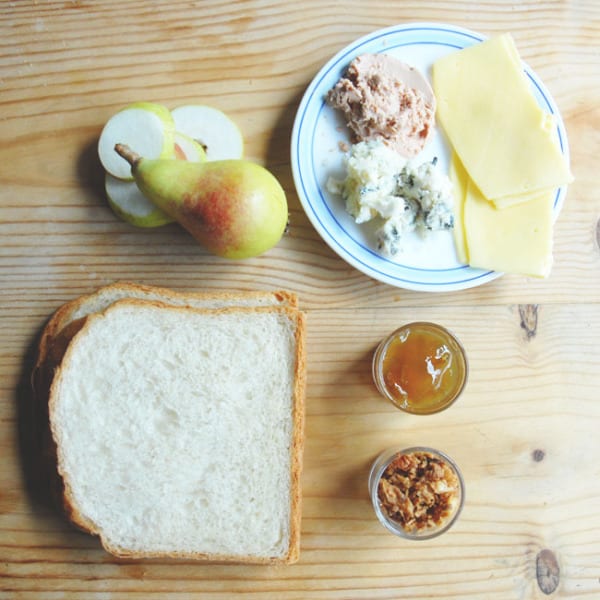 Begin by smearing both sides with the jam. I’ve never seen this stuff in the States but you can order it online here. There’s big chunks of fruity flesh that make this jam THEE jam. I also dig that it’s sweet but at the same time tart. Es hermoso and I’m sure you’ll dig it. 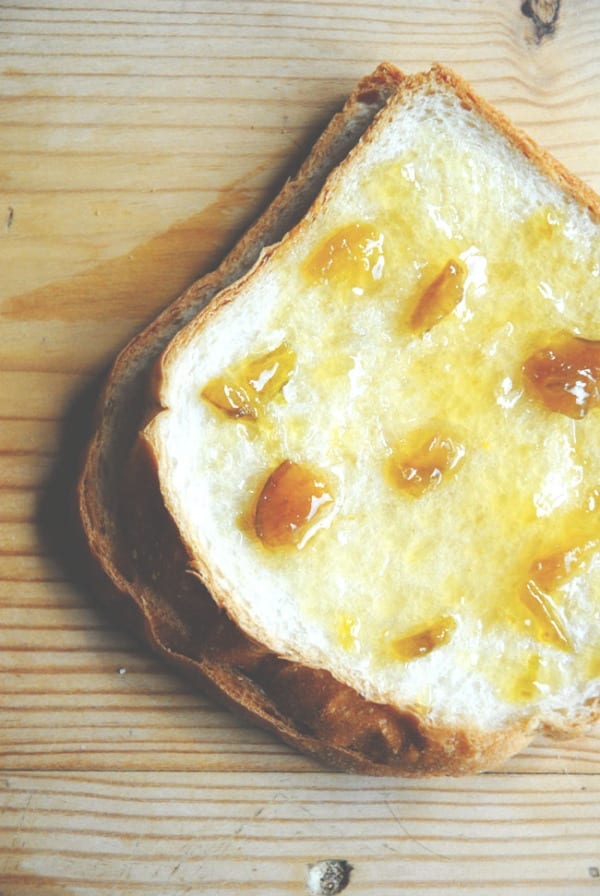 Next, crumble on some of that sheep’s milk gorgonzola. I haven’t found one in the states that perfectly resembles it, either, (Gosh is this a pointless recipe?) but I’ve been told, if you can get your hands on a chunk of imported cabrales, then you can pretty much enjoy all the same awesomeness. It’s rich, cream and sweet but with only a slight bite. It’s heavenly and not overpowering. 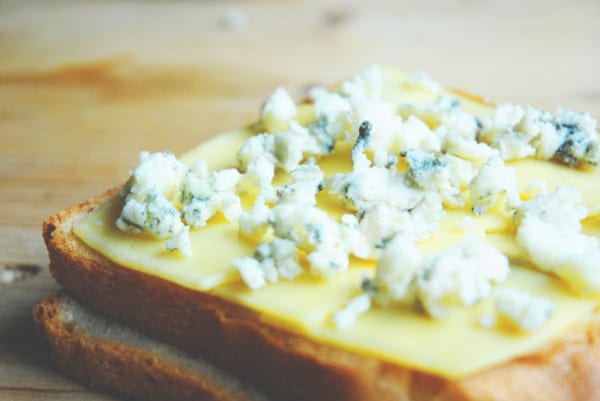 Now add the butterkase and a few slices of pear. GET READY Y’ALL! 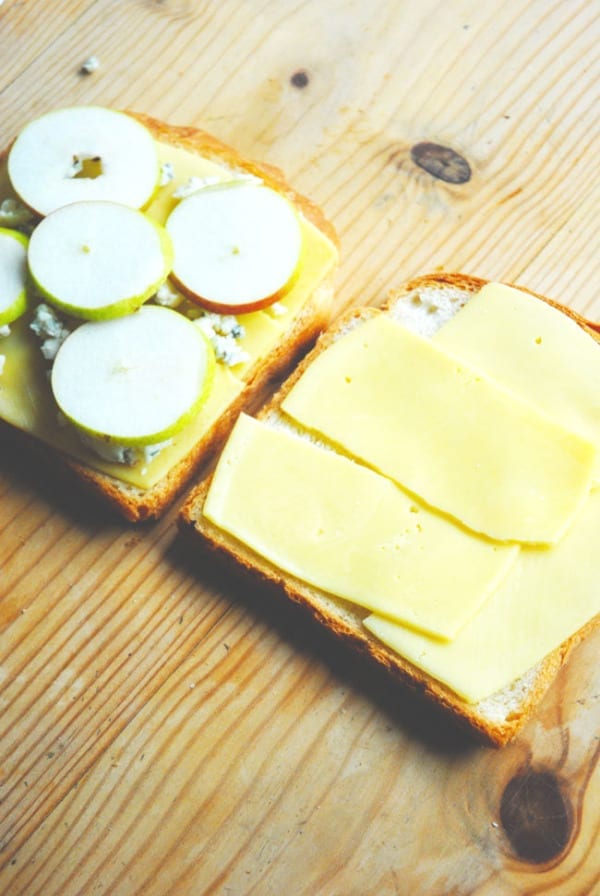 Close up the sandwich and then… you guessed it! Smear that bad boy with foie! Don’t ask me what kind of a day I was having when I thought this up. But yeah, you can totally use foie instead of butter. It’s craycray. 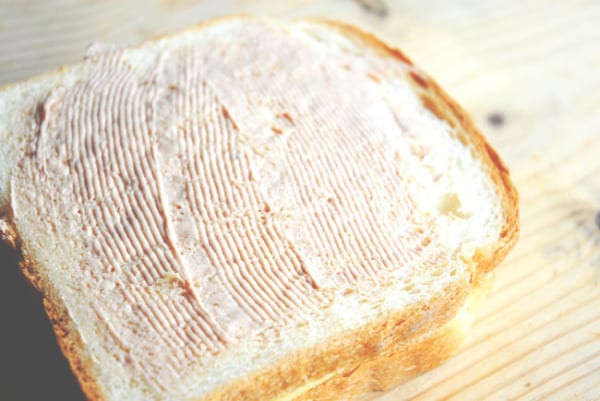 Let this oopulent sandwich grill for a few minutes over low heat (very important!) until it gets all crispy and foie-y. Then take it out of the pan and let it sit for a moment … 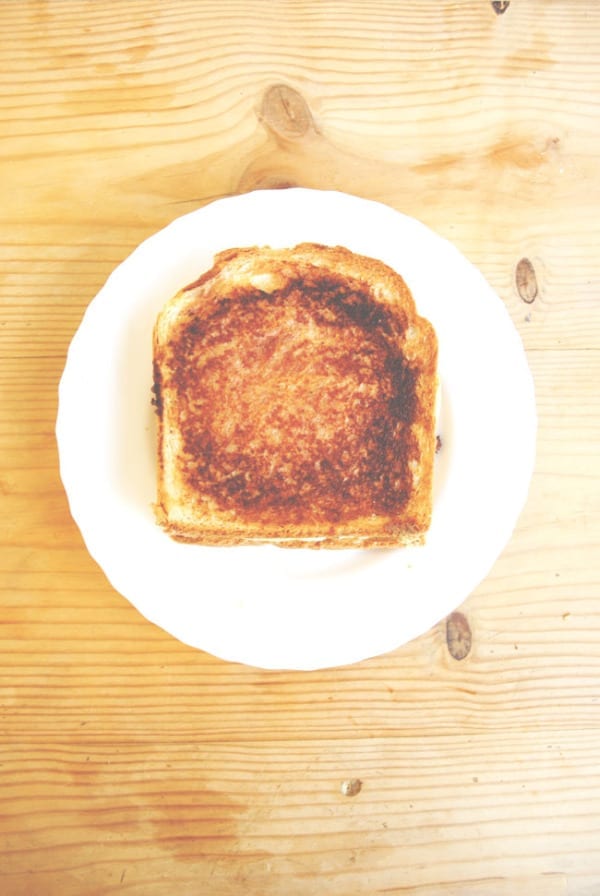 Then Cut it! And serve it to someone you love. Preferably someone that makes you breakfast in bed.