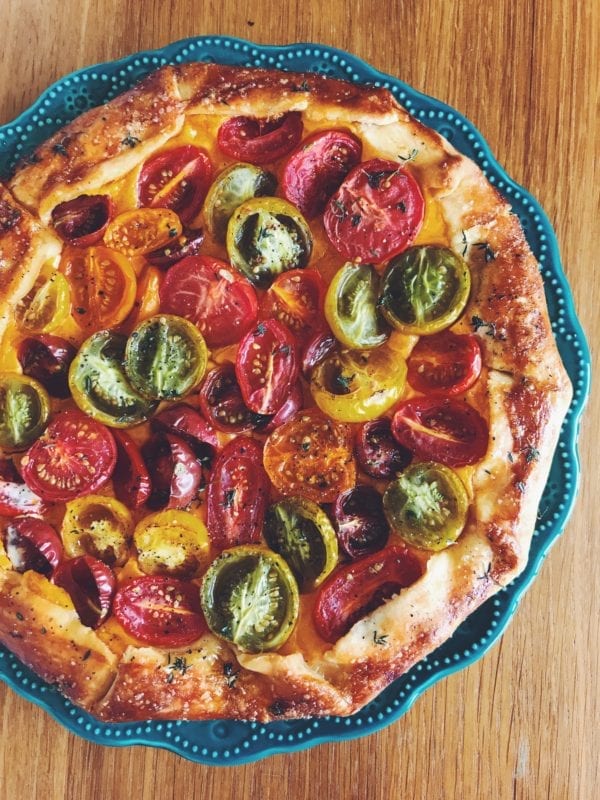 I’m such a sucker for summertime food. From drippy rocket pops to decked out hot dogs on the grill, I melt at the thought of it. Literally. But with all the junk that comes with grill-outs and pool parties, there’s also some super delicious produce that screams of the season, too.

Down here in Florida, tomato season is just beginning and we’re getting the prettiest, tastiest tomatoes we’ve had all year. You might have seen on my insta-story the 10 lbs of organic sun golds that my neighbor brought me a few days ago. We had so many that I had to make a big batch of sweet and smokey tomato jam… which will definitely be making an appearance on the blog soon! It’s insane how crazy they’re growing… I can’t even eat them fast enough! That’s part of the reason I’m obsessed with this summertime galette. They’re the perfect way to use up lots of cherry tomatoes or other overflowing produce that you might have on hand. 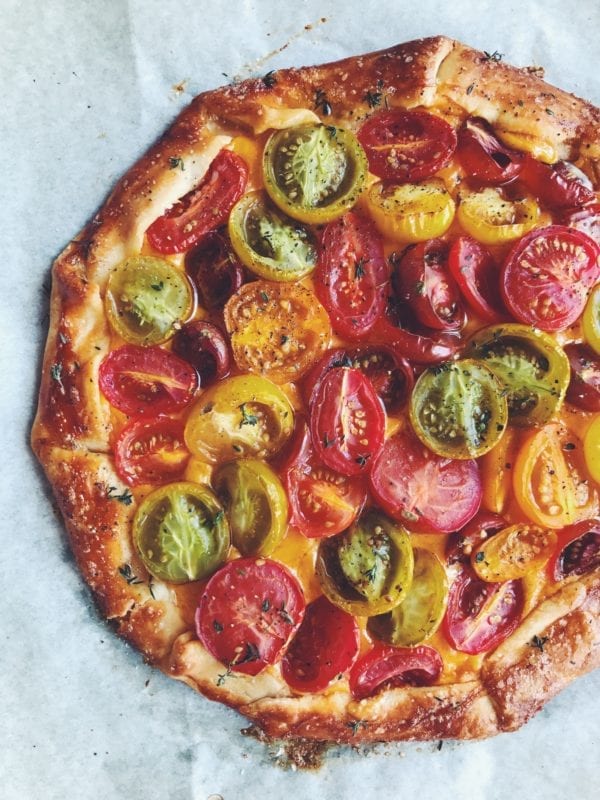 If you’ve never had a galette before,  it’s basically like a large tart or an open faced pie that’s super easy to make. Trust me, if you read about my feelings from last weeks post about baking, you will understand why I love galettes so much. They’re easy as cake but without any of the measuring nonsense yet they look like they took all day. All you need to do is get a premade pie crust from the grocery store (or make your own if you’re a baller), let it get room temp, and then fill it with a bunch of fresh fruits or vegetables. After about 30 minutes in the oven, you’ll have a tasty pastry treat that looks fancy AF.

When I was making this on The Food Network’s Facebook page today, a lot of people asked me if we could swap out tomatoes for something else and my answer was ABSOLUTELY! Totally feel free to use this recipe as a base and then fill it with whatever you want! Just remember, if you’re using fresh produce, make sure that it’s not too watery – this will make the pie crust soggy and gross looking. Also, if you’d like some other flavor combos to try, my favorite are:

There are literally billions of variations which is another reason why it’s so fun! 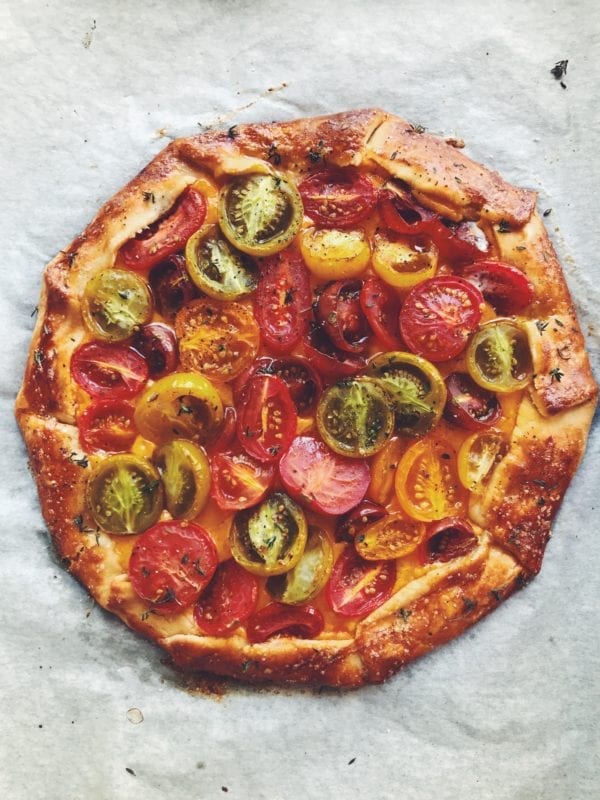 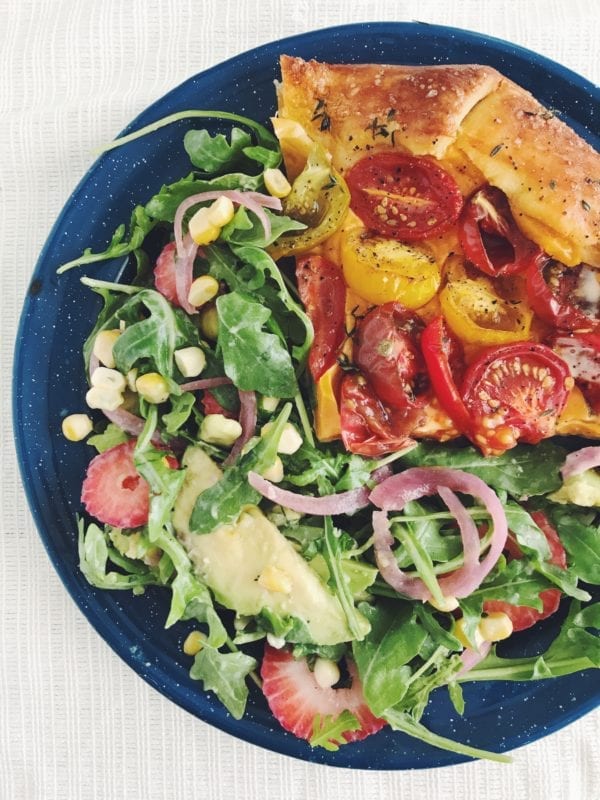