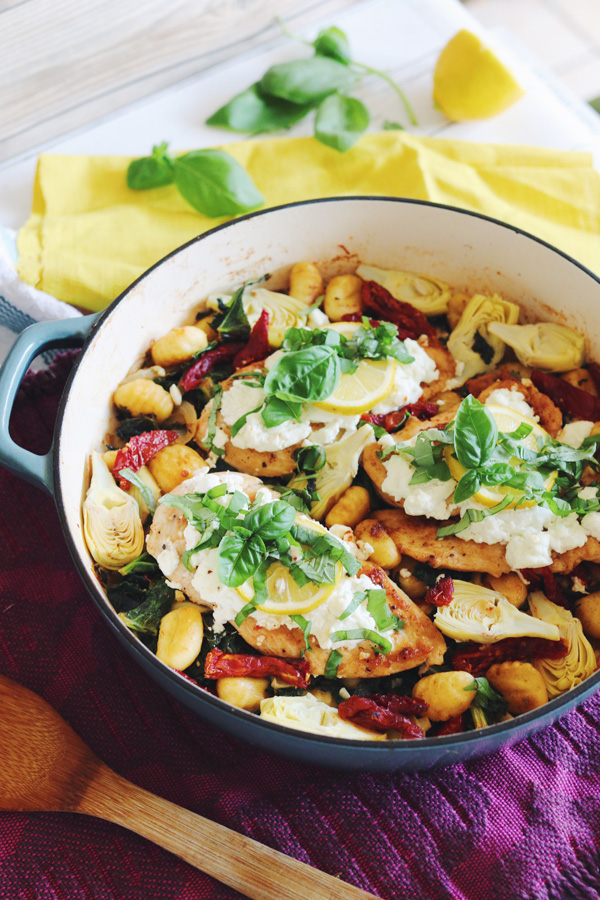 Is it just me or do you feeling like you're constantly searching pinterest for easy chicken dinners?

I don't know why, but i feel like I have such a hard time coming up with a tasty chicken dinner that doesn't require using 30 pots or pans.

It's just downright frustrating, especially when you're just trying to get a good dinner on the table after a long day.

But ever since I came up with this one-pot pan fried gnocchi and goat cheese chicken skillet, I've wanted to make it again and again! 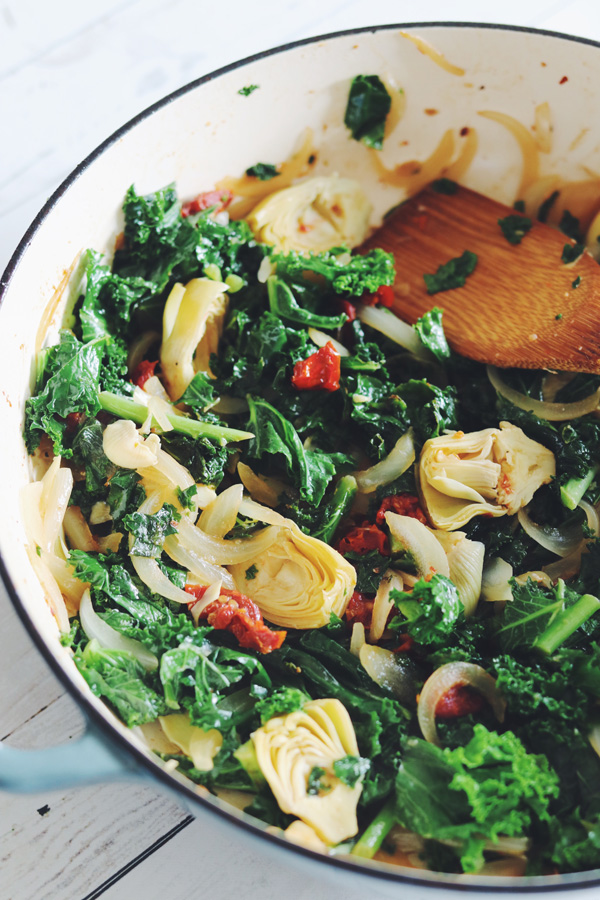 The chicken is topped with goat cheese, lemon and fresh basil.

The gnocchi is pan fried to add some carby goodness. And the whole thing is served over white wine braised kale with caramelized onions, garlic, artichoke hearts and sun dried tomatoes.

It's simple yet totally fresh, filling, and packed full of flavor. 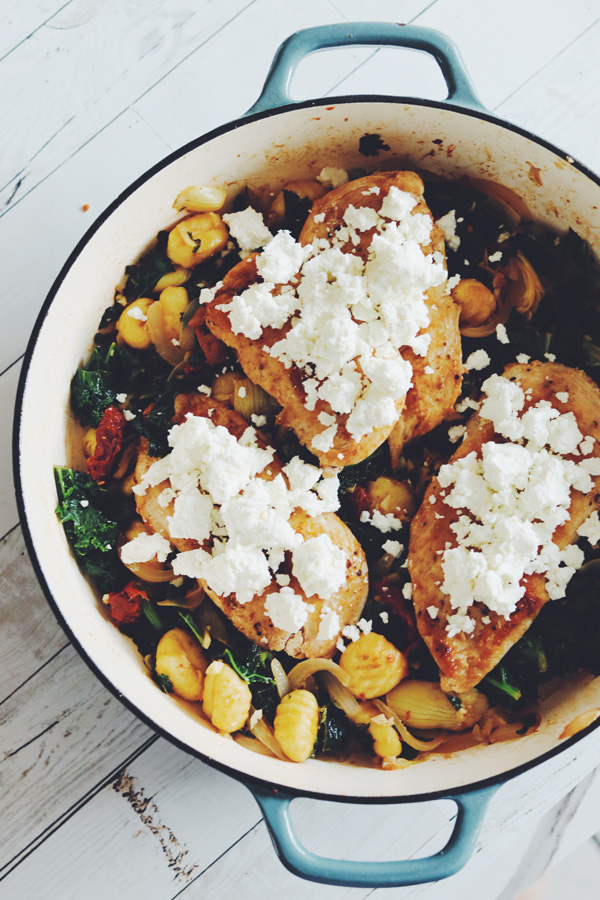 Best of all, you can make it in a single pot so you won't be spending more time cleaning than you do cooking. And, anyone can make it in about 30 minutes, no matter their skill level in the kitchen!

If you're looking for other tasty recipes, try this broccoli garlic pasta recipe, this spicy lemon detox soup , or this smashed brussel sprouts recipe with parmesan and bacon! 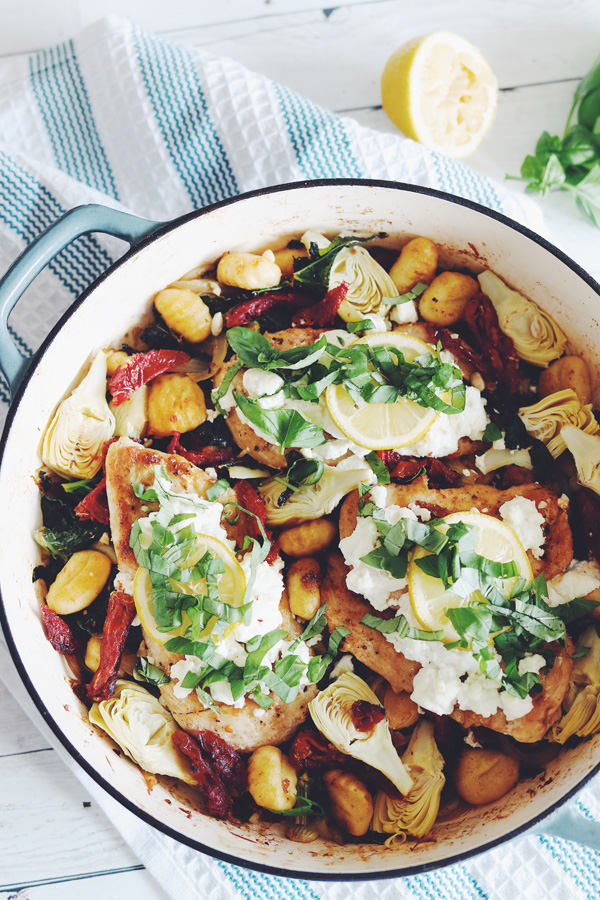 How to Make Pan Fried Gnocchi

Like most of you, I usually avoid store bought gnocchi at all costs. They're typically super dense and heavy and just pretty blah in general.

But after seeing Rana's Skillet Gnocchi in the fresh pasta section at Publix, i became intrigued. Then I saw that they were BOGO so I decided to try it out. To my surprise, they are the best pre-made gnocchi I've ever tasted!

Oh, and to be clear - this is totally not sponsored in any way at all, I just really like them! 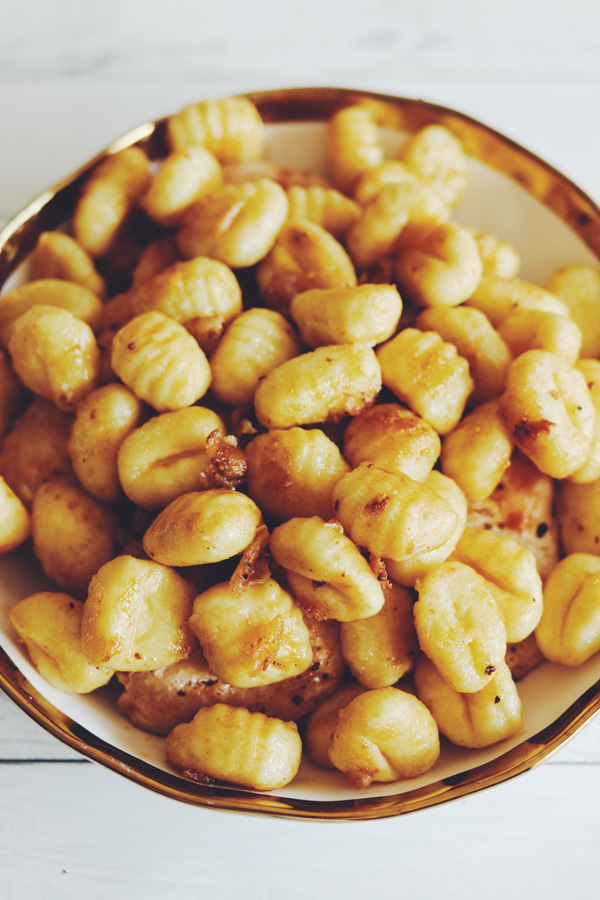 To prepare them on there own -- all you need to do is sauté them for a few minutes over medium heat.

After a quick pan-fry in olive oil, the gnocchi will turn into these puffy little clouds of potato perfection. The outside is perfectly crisp and the inside will melt in your mouth. 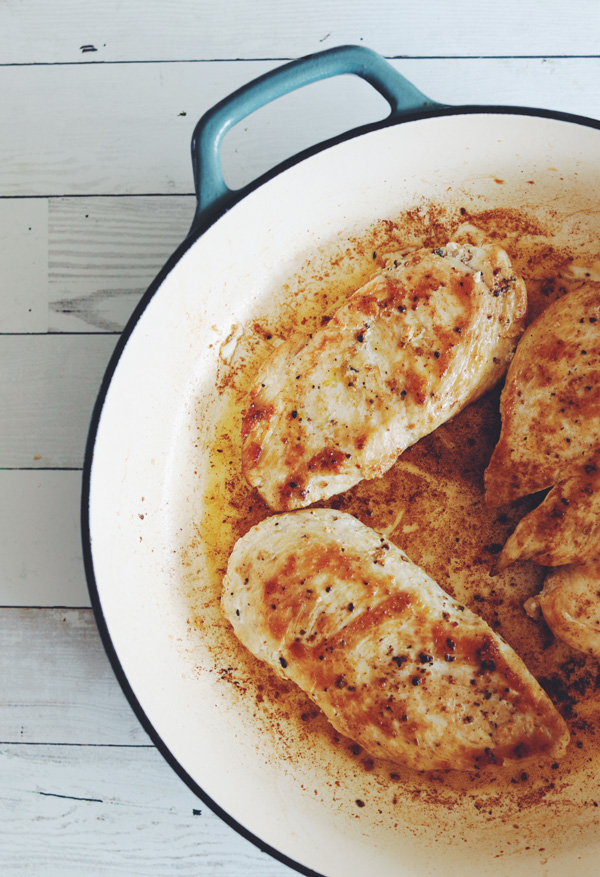 They are ready to eat in under 5 minutes.  And to be perfectly frank, I would be happy eating big bowl of them for dinner!

Since they require no boiling at all, they're super convenient! 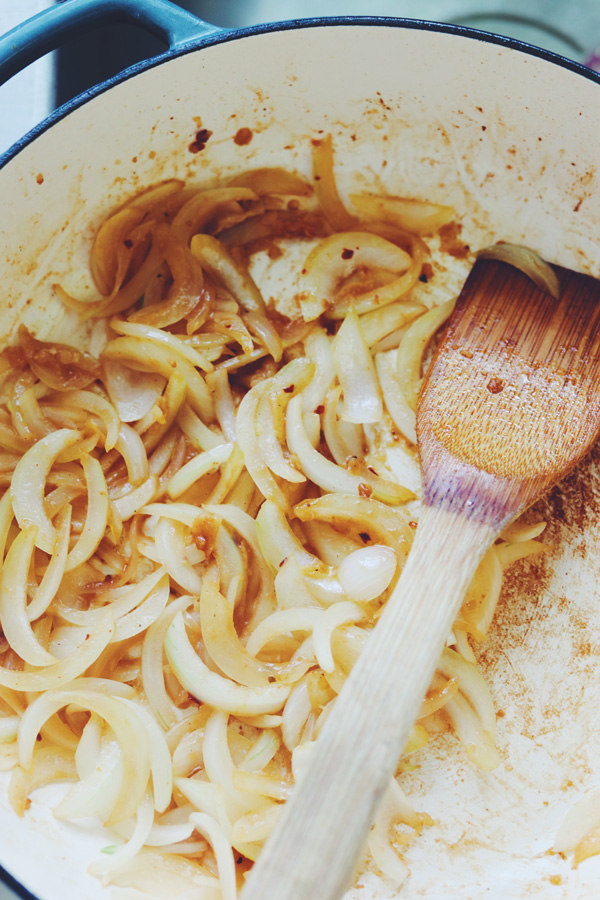 And if you're working with regular gnocchi, simply boil the gnocchi until al dente, then follow the recipe as-is and saute the gnocchi with olive oil until toasted.

I've also been seeing Trader Joe's cauliflower gnocchi everywhere! So you could definitely try those, too! 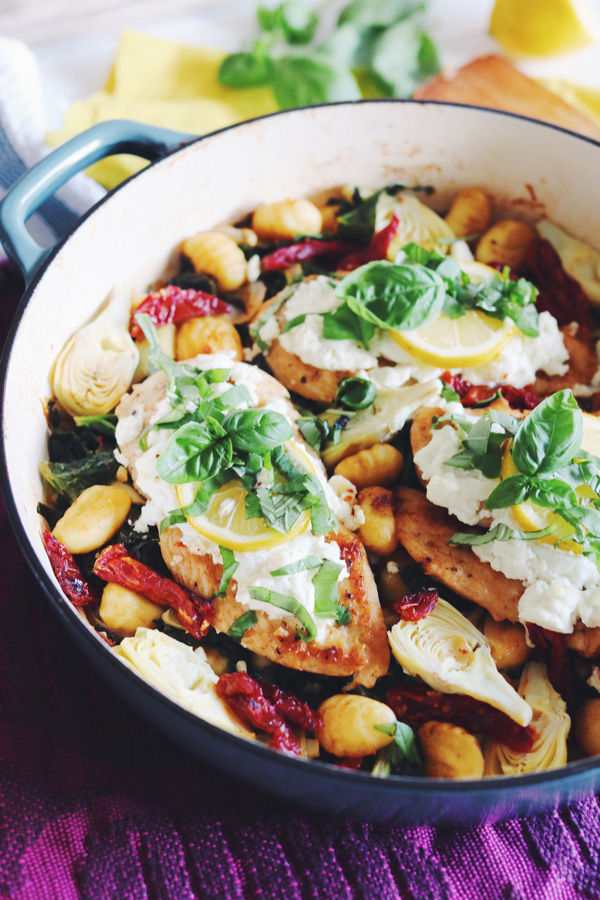 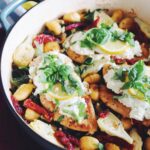 You can find skillet gnocchi in the fresh pasta section of most grocery stores. If you can't, you can either swap it out for boiled gnocchi or use another ready-to-eat pasta such as 2 cups of bowtie, rigatoni or orzo.
Share
Pin
« Happiest Hour - La Cava's Avocado Margarita Recipe Straight From Disney's Tequila Ambassador Herself!
Happiest Hour - The Boulevardier Cocktail »