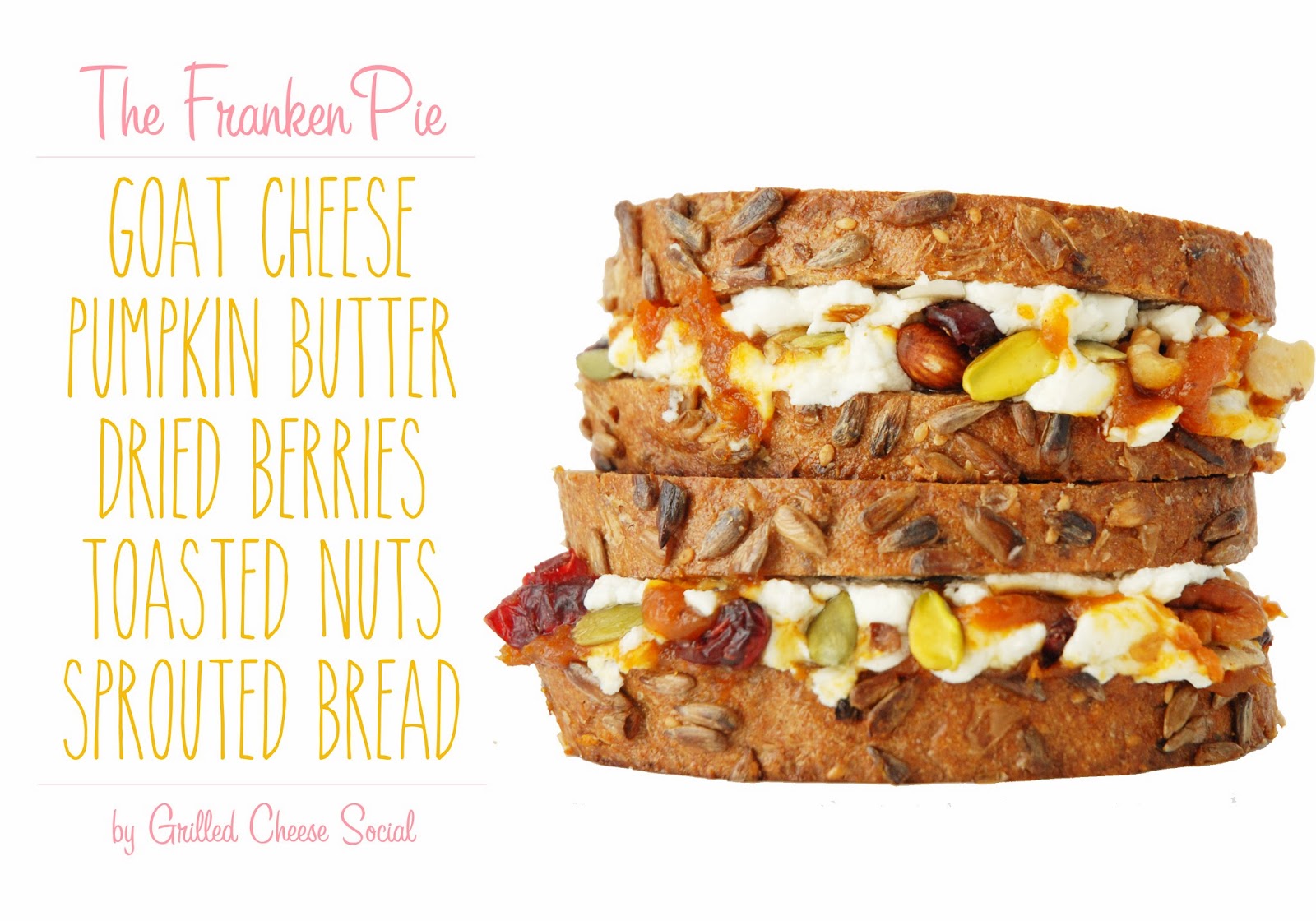 I’ve always hated sports. Not because I don’t know what was going on or because I think they’re stupid. It’s because I hate how absorbing they are and I’m still sort of traumatized from that time when my dad decided to coach my 8 year old team, and then got ejected from the game for getting too angry at the ref. That being said, it’s probably understood that I grew up in a serious basketball family and it was always the same thing…every single game. When the game was on, no one would pay attention to me and because I’m an attention whore, I would freak the fuck out. And by freak out, I mean I would put on performances like this particular one when I draped a dirty towel over my face and put on an elaborate rendition of Phantom of the Opera. I literally wouldn’t stop until my dad picked me up and moved me to the other side of the house. So yeah, sports and me, we didn’t get along.

As I got older, I moved to Tallahassee, FL and I quickly learned that I had picked a seriously sporty school – FSU. To deal with this, I accepted the fact that to be part of the team, I needed to be the best pre-gamer ever. And because I like to do everything to the extreme, I’d go all out and get totally wasted sporty. One of my most exciting experiences? Being one of the only gals doing a 30 person beer bong off of a roof in Indian Village. Still super proud of that, sorry mom. I never took off my shirt and waved it around or anything like that but I definitely was one of the girls that would would sneak out of the entrance line before the game and spend the next few hours at the mall with my girlfriends secretly sipping on a flask of Jim Beam while shopping at Forever 21. No one ever really knew that I hated sports,  but now, 5 years later things have seemingly changed.

On Saturday, I spent the whole day eating cronuts and chugging Blue Moons at The New York Wine & Food Festival. After it ended, my friend Gaby and I decided that we should keep the party goin’ so we met up with our friends at a sports bar in Williamsburg, called 4th Down. I wasn’t super stoked about going to the bar, especially since it’s an FSU bar and I knew everyone would be freakin out about the game, but I bit the bullet and went. To my surprise, I had the best time EVER. Buckets and buckets of Miller High Life (yeah, we ball out like that), a secret flask in my purse, an enthusiasm that came from the previously mentioned fun enhancers, and a team that was kicking ass appeared to be the perfect potion to get me going. I had so much fun. I got so into it – I was leading cheers, doing the war chant, and screaming at the TVs. My scratchy voice and sore arm are proof that I’m a whole new person. A FOOTBALL PERSON! Weird, right?

Anyways, this has nothing to do with Fall except that I guess football is played in the Fall, but this grilled cheese is really good. It tastes like a creamy pumpkin pie and I’m obsessed. Pumpkin Butter, goat cheese, toasted nuts and dried berries all get piled up on some sprouted wheat bread. You should probably make it and bring it to the next sports game you watch. And I bet if you do, then people will pay attention to you! ahha jk, but seriously, it might help.

Ok, here’s what ya need! 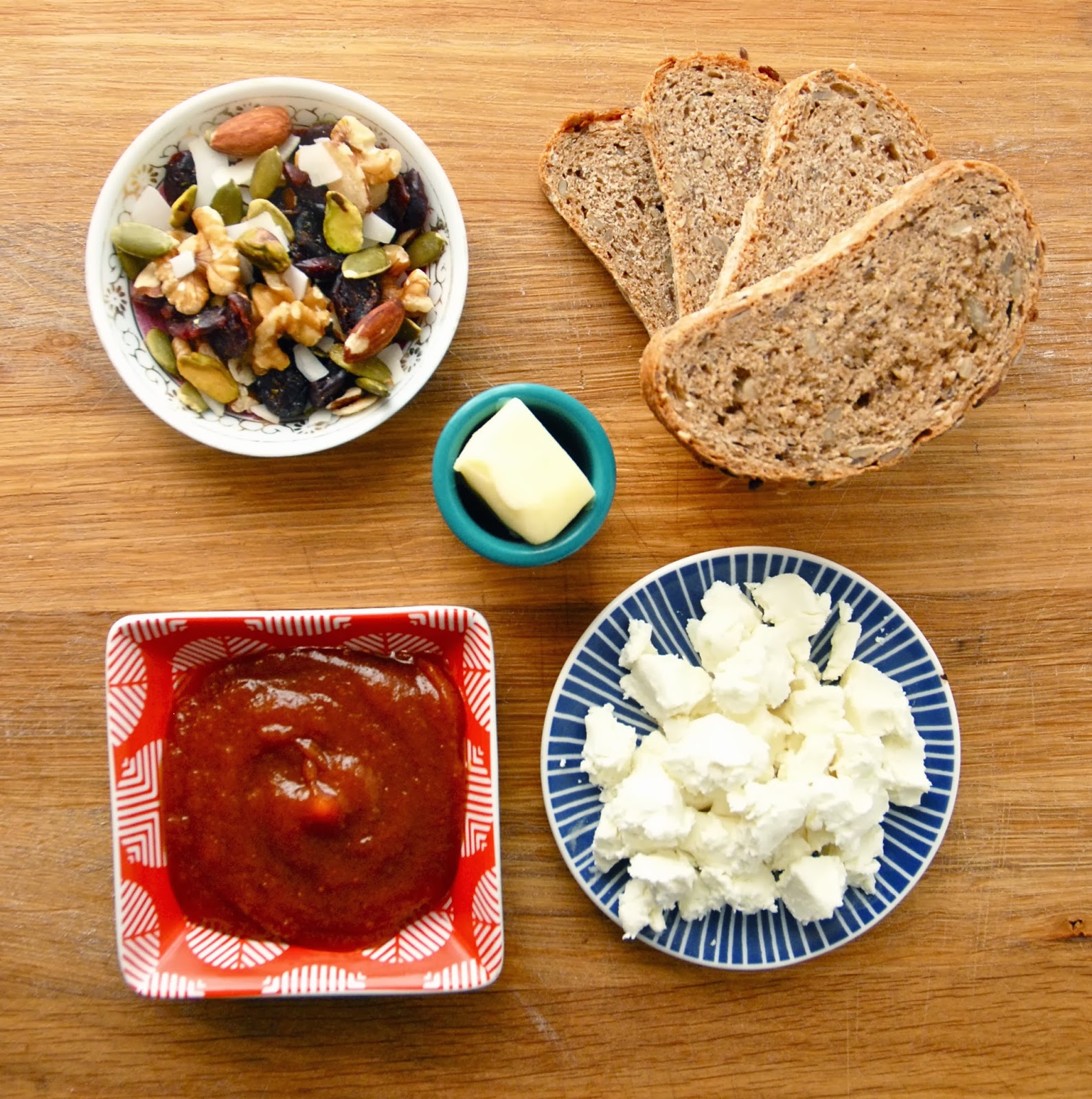 I had originally intended to make this GC after I had got a log of honey infused goat cheese but once I tried it with the pumpkin butter, I decided that it was way way way too sweet.
Regular ole’ goat cheese seems to do the trick in this sandwich. So just crumble a moderate amount on – so it looks like the pic below – and start doing little personal cheers to get yourself ready. 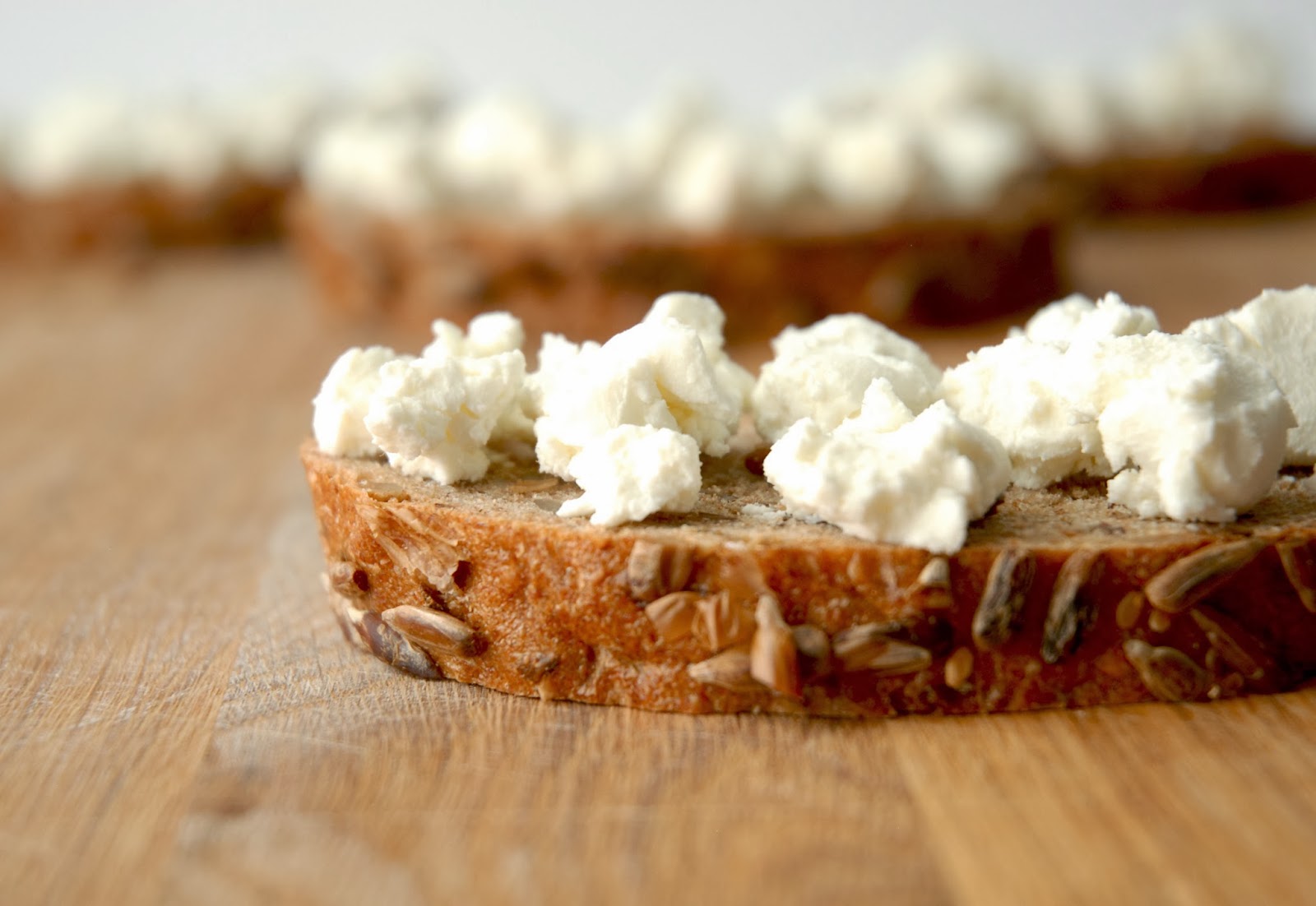 Now drizzle some of the pumpkin butter on top. Again, not too much because it’ll ooze right out if you go overboard. I’ll admit that it was hard for me to just stop here, but trust me a little bit goes a long way. 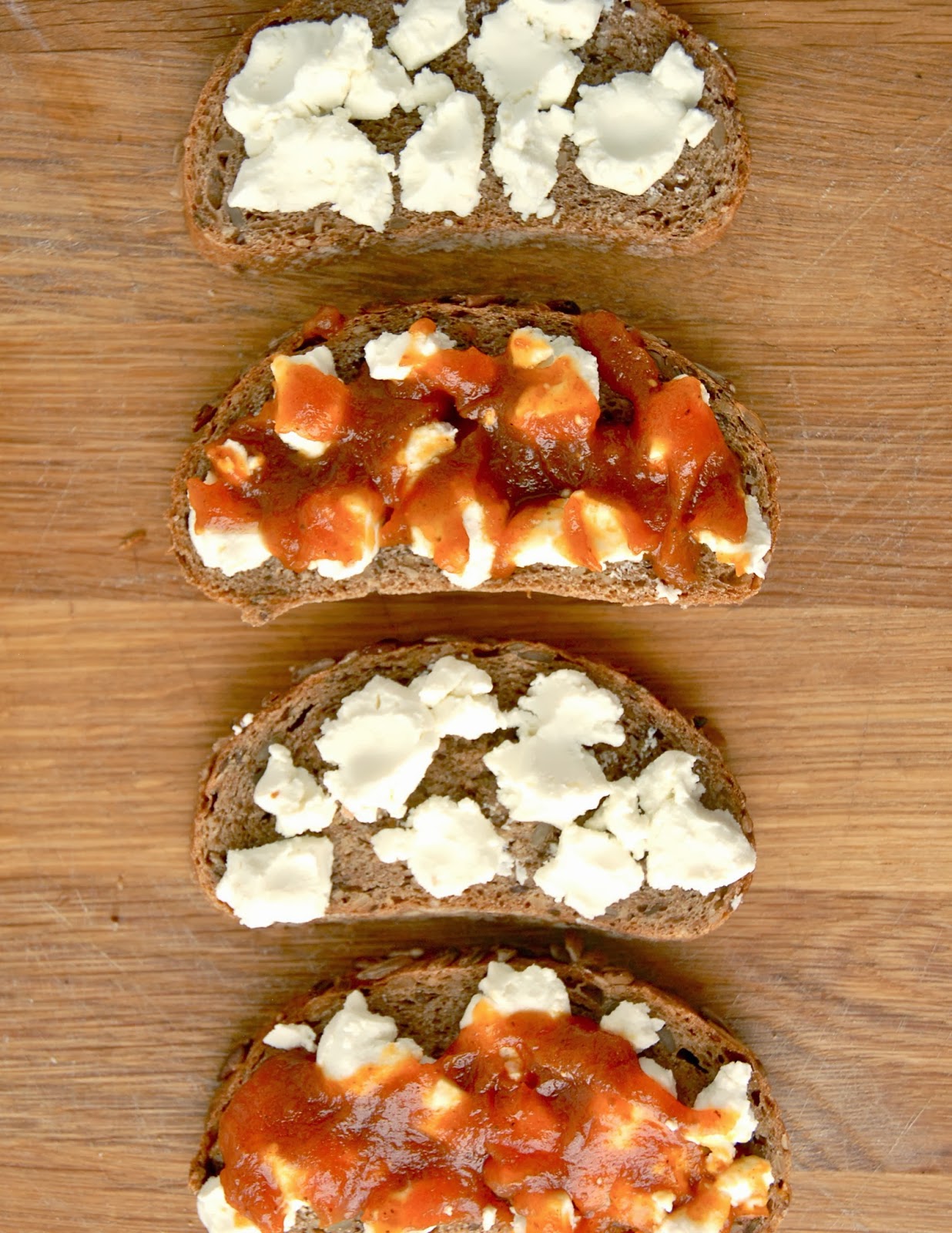 Now add some toasted nuts, dried fruit, and whatever else trail mix type things you have on hand. I bet granola would be really good, too. These ingredients not only bring in some color, but they also add some nice texture to an ultra creamy sandwich. 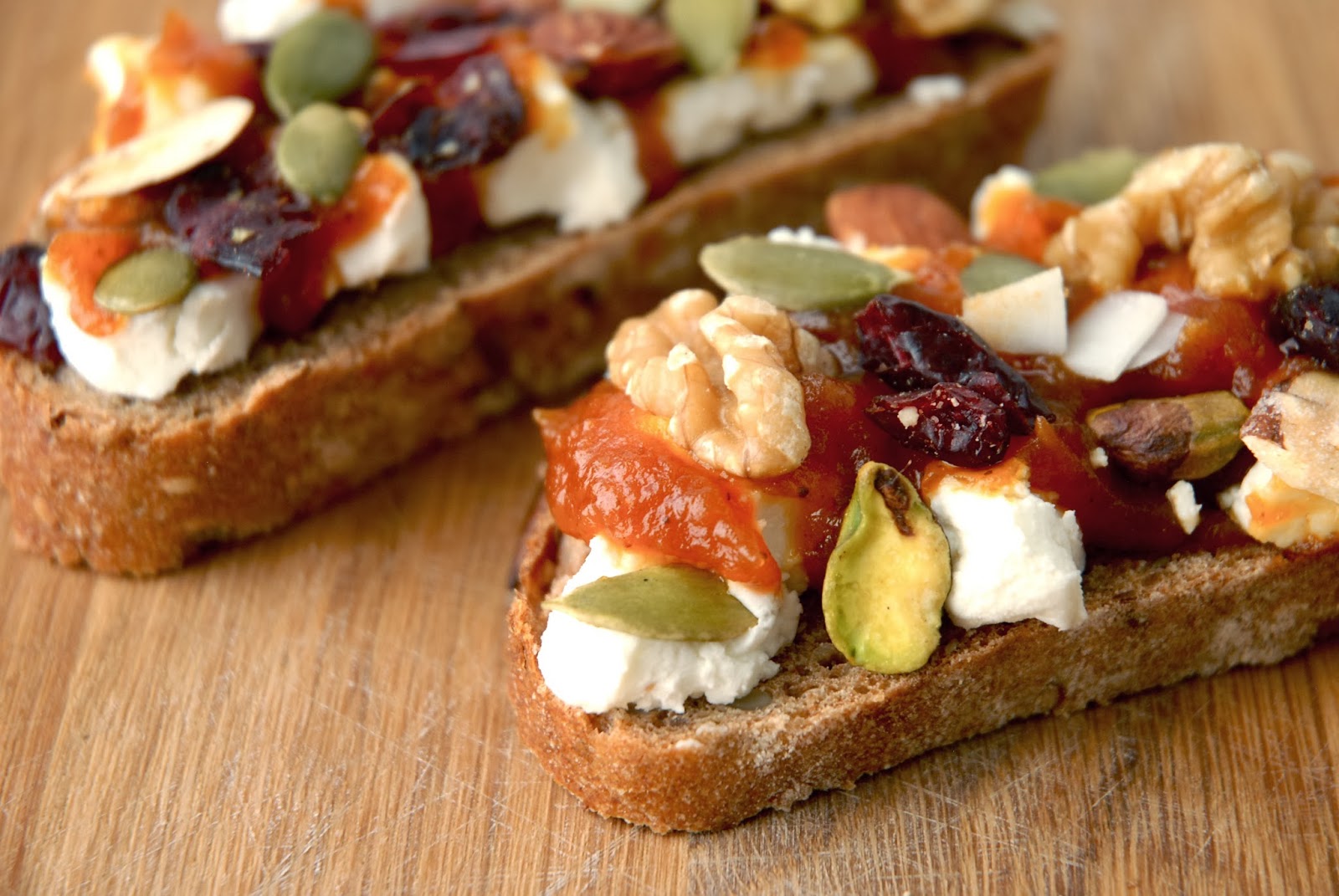 Add the reamining goat cheese and then stick the other bread on top. Meanwhile, heat your pan to medium high and butter both sides of your sandwiches. I made two because they were little. Meep! 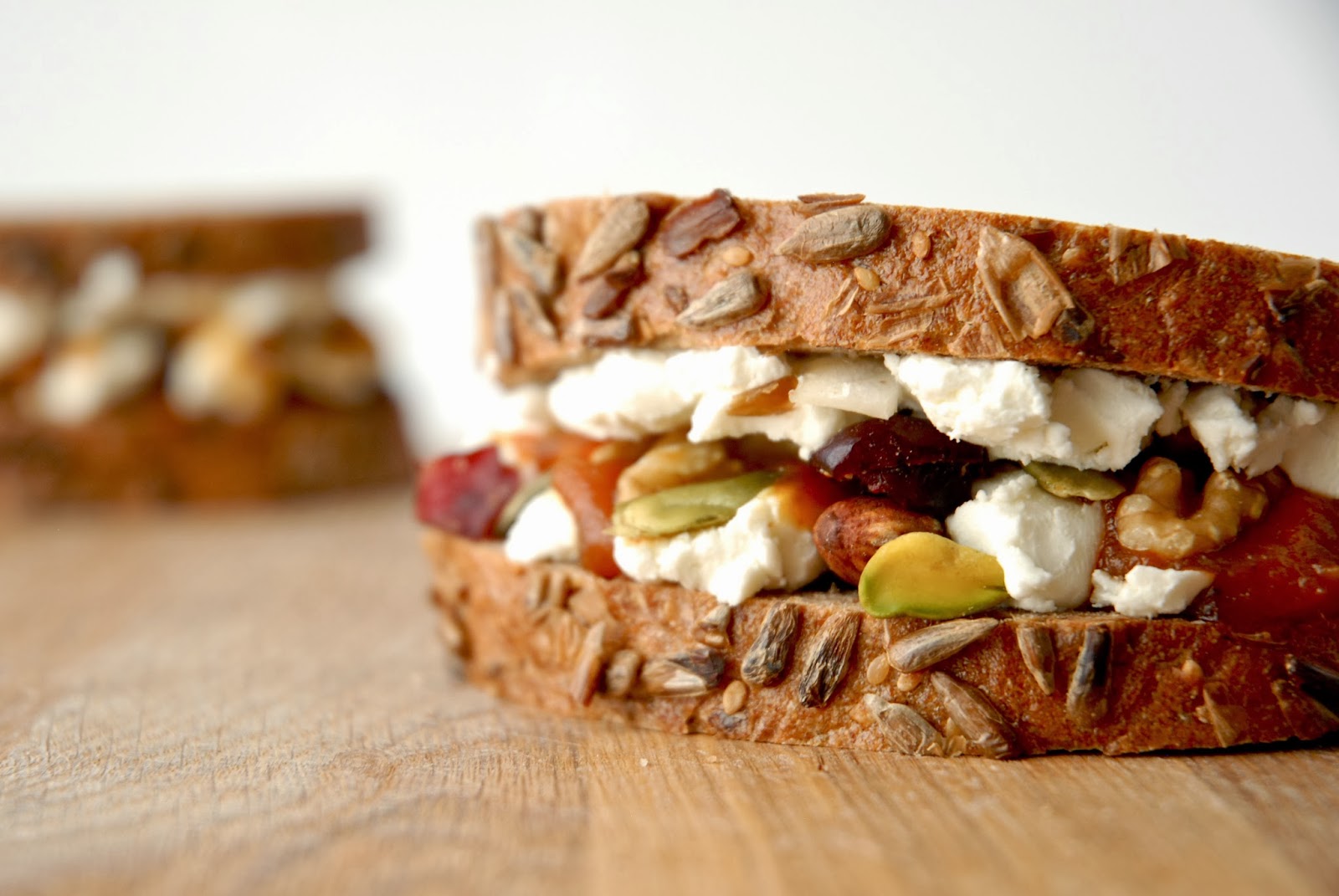 Now add your sandwiches and cook until they start to develop a toasted crust and the goat cheese starts to soften up. It wont’ ever really melt like a velveeta or muenster or anything like that, but you can definitely start to see it change from a textural nugget into a blobby ball of cheesy gooeyness. 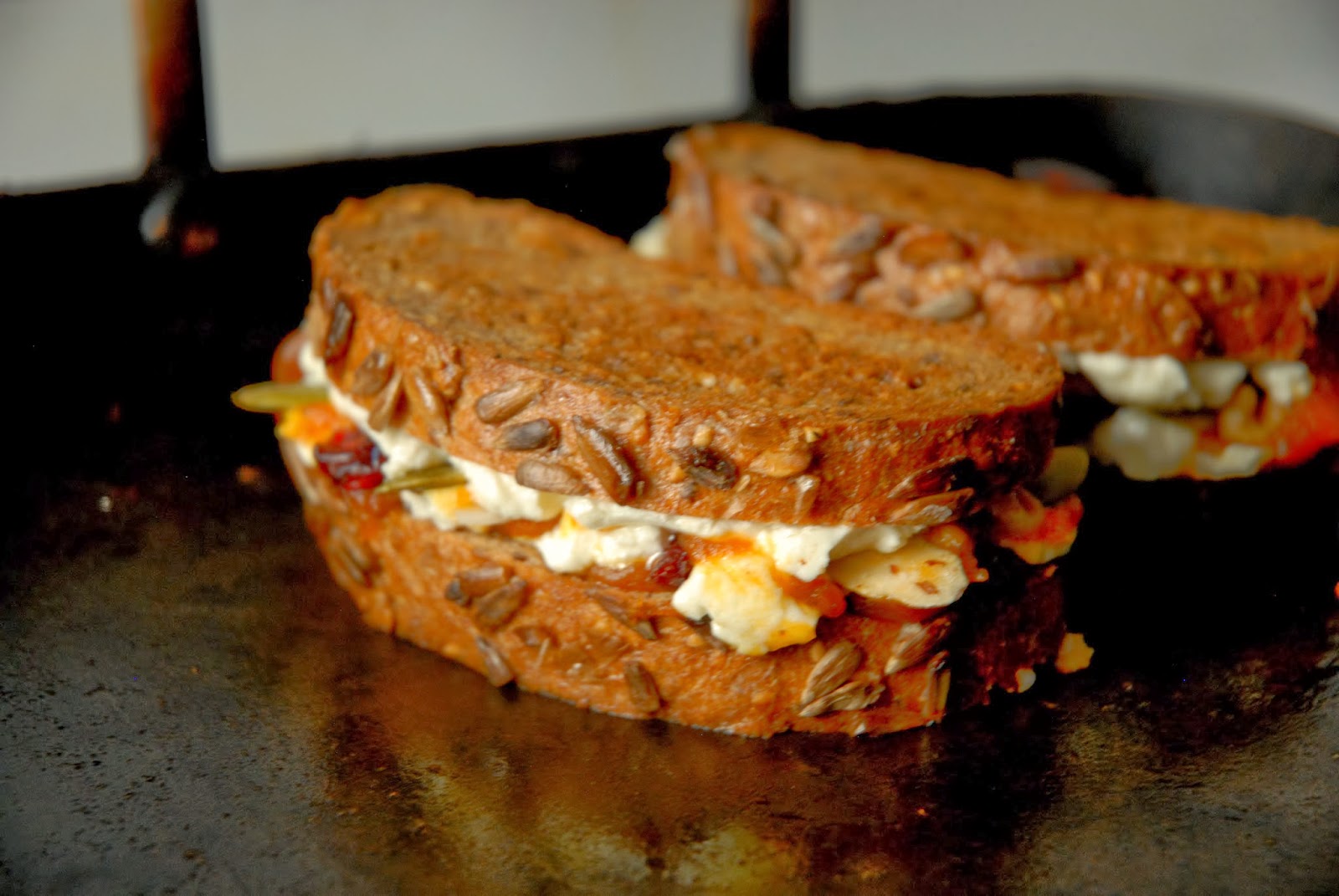 After a few minutes on each side, the sandwich will be ready for you to gobble down. Just give it a second to set then go at it. Eat it in the da
rk, at the park, at a football game, or sitting alone, crying about your own personal deficits. 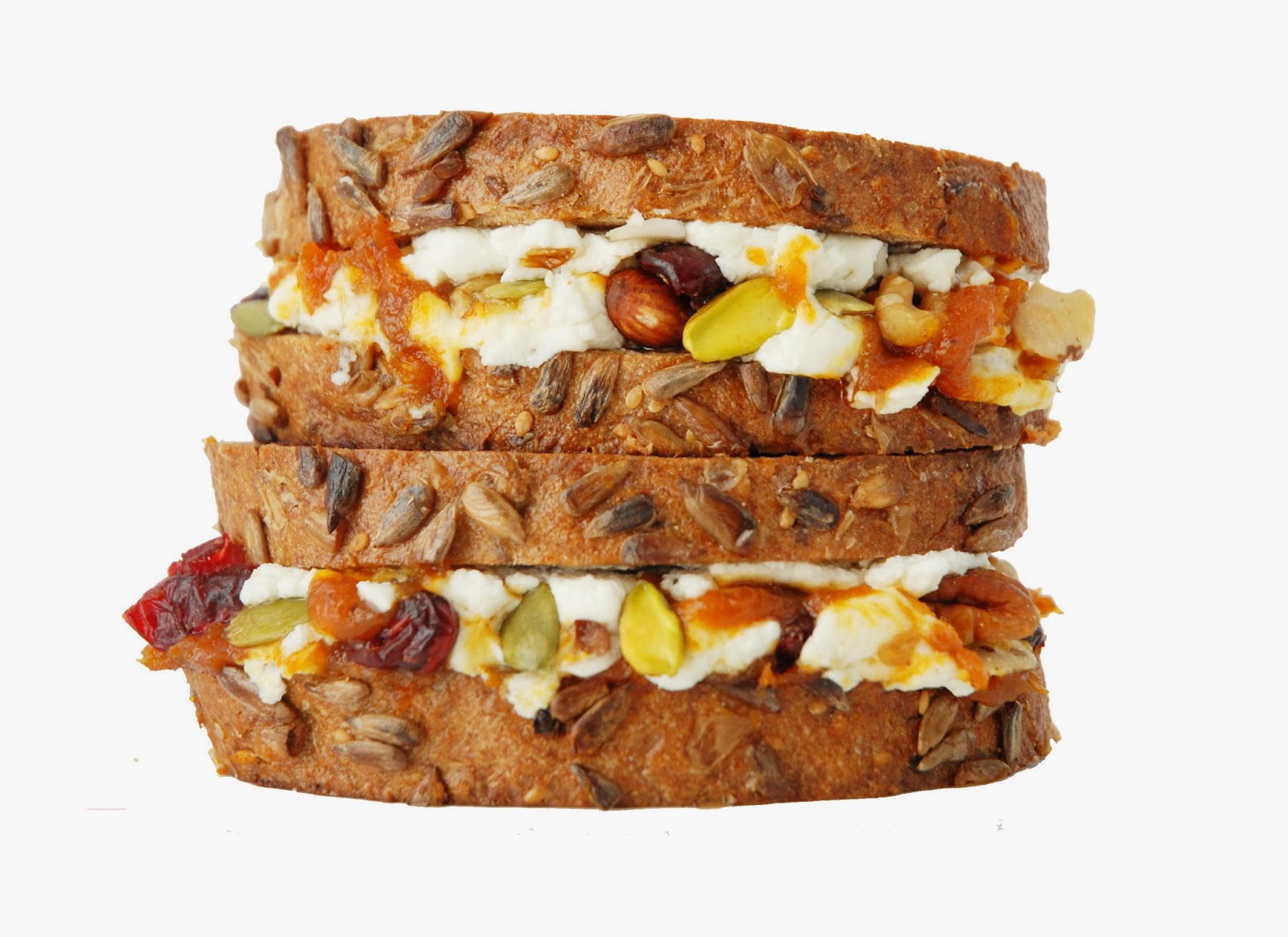 So there ya have it. I’ve admitted to the whole internet that I like sports and now I must go get a new sporty FSU shirt so all the hottie sporty hipsters can know that I’m a part of the “team”.

Or I’ll just make ’em some of these sandwiches and that’ll be good enough.