If you’re looking for some gender reveal food ideas, why not try this Blueberry or Raspberry Baked Brie! Creamy brie cheese is wrapped in puff pastry and baked until golden brown. The whole thing is drizzled with honey and then cut open to reveal an oozing pink or blue cheesy center! 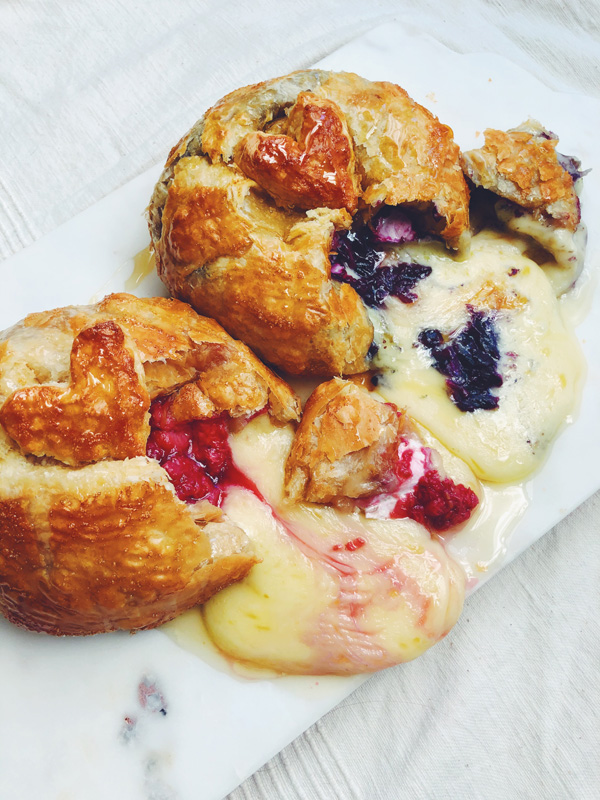 Every since I got pregnant, I knew I wanted to do a food related gender reveal!

And since my life is all about cheese, I figured what better way to do it than with baked brie?!

In this recipe, I’ll show you how to make a stuffed baked brie for both male and female babies. 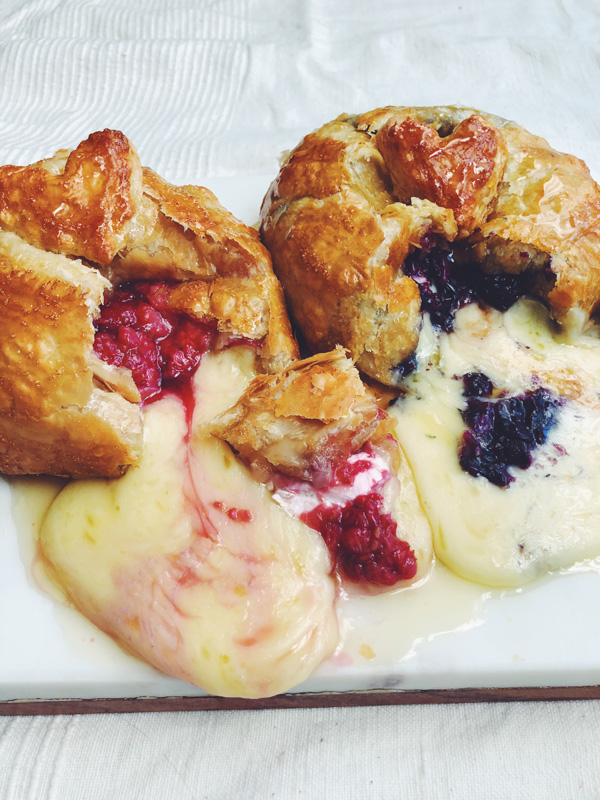 The female’s baked brie is stuffed with fresh tangy raspberries and sweet raspberry jam. And when it’s cut open, a bright pink center is revealed.

The male’s baked brie is filled with tart blueberries and sweet blueberry jam. When this one is cut open, a dark purple slightly blue center oozes out.

But since the whole thing is wrapped in puff pastry, the cheesy mystery will be hidden in between. 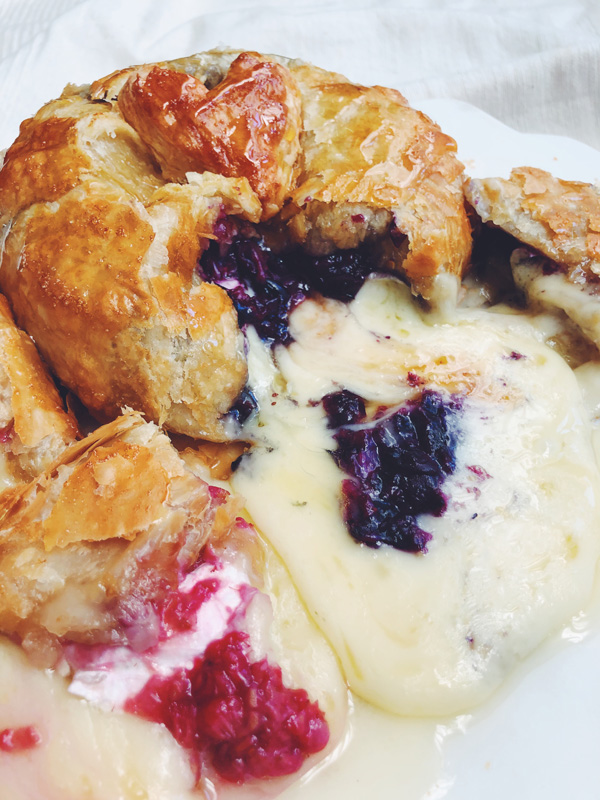 Once you cut it open, either a bright pink center will emerge for a girl or a dark purple/light blue center will ooze out for a boy!

It’s such a fun way to surprise the cheese-loving couple in your life! 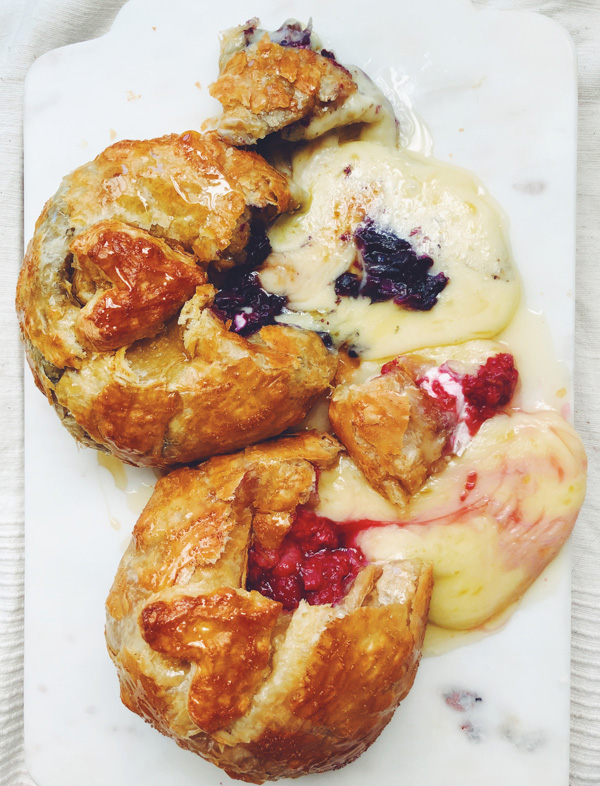 You could also make these easy english sausage rolls or these pretty asparagus puff pastries! 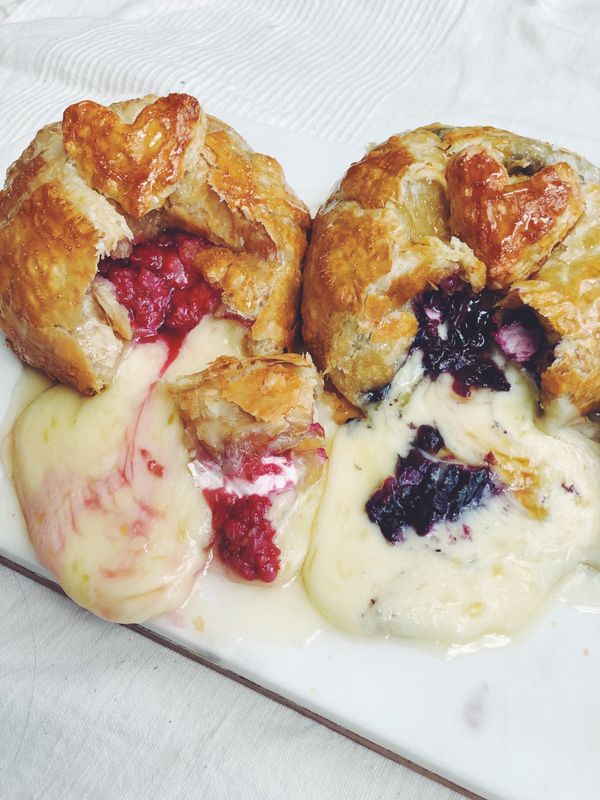 How to Stuff Baked Brie for Girl or Boy Baby

Here comes the fun part of the gender reveal!

To begin, thaw out one box of puff pastry. A typical box contains 2 sheets but you’ll only need one per brie baked.

The beginning is the same for both sexes. 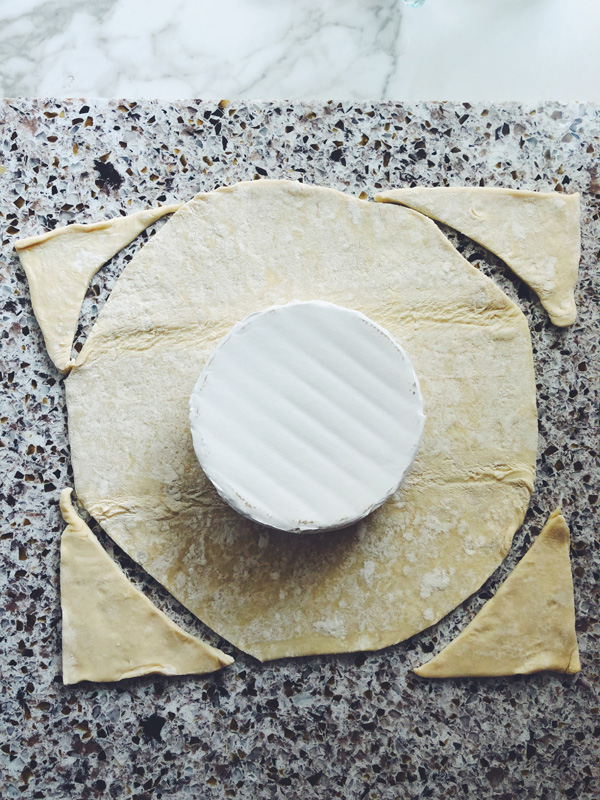 First, whisk one egg white in a small bowl and set aside and preheat your oven to 375F degrees.

Then, lay out the thawed out puff pastry and cut off all of the corners so it is circle shaped.

Be sure to save the cut off edges for later. 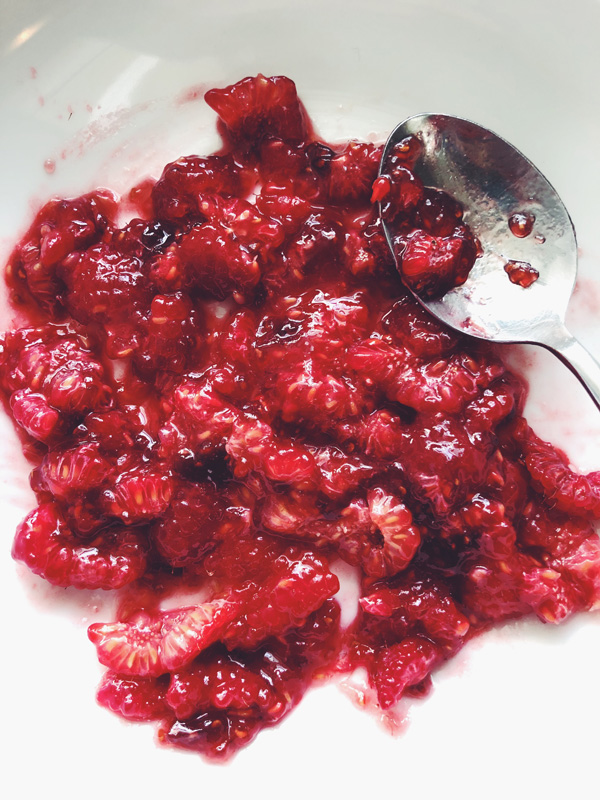 If it’s a girl, you’ll add raspberries and raspberry jam to a bowl and mash with a fork.

If it’s a boy, you’ll add blueberries and blueberry jam to a bowl and also mash with a fork. 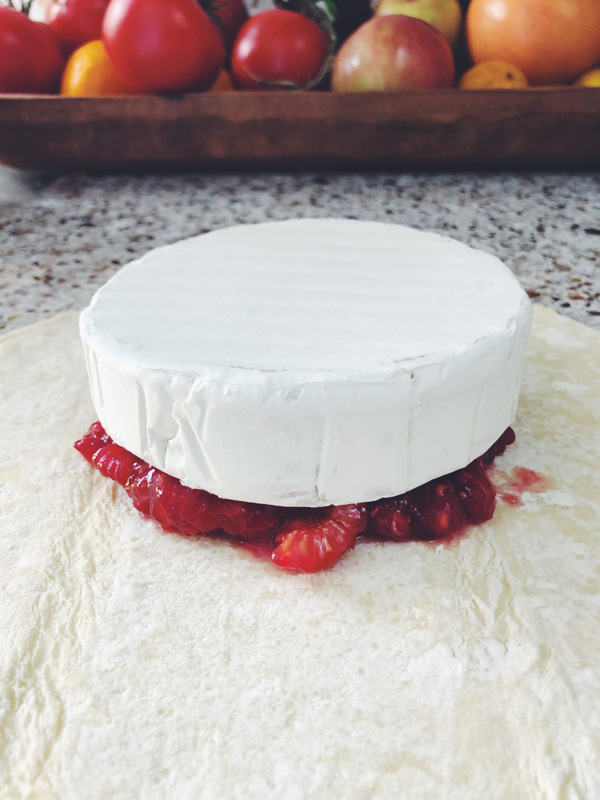 Now place either the blueberry or raspberry jam in the middle of the puff pastry and place the brie on top.

Wrap the puff pastry around the brie. Once you get half way there, brush the bottom of the brie with some of the egg wash. This will help the whole thing stick together. 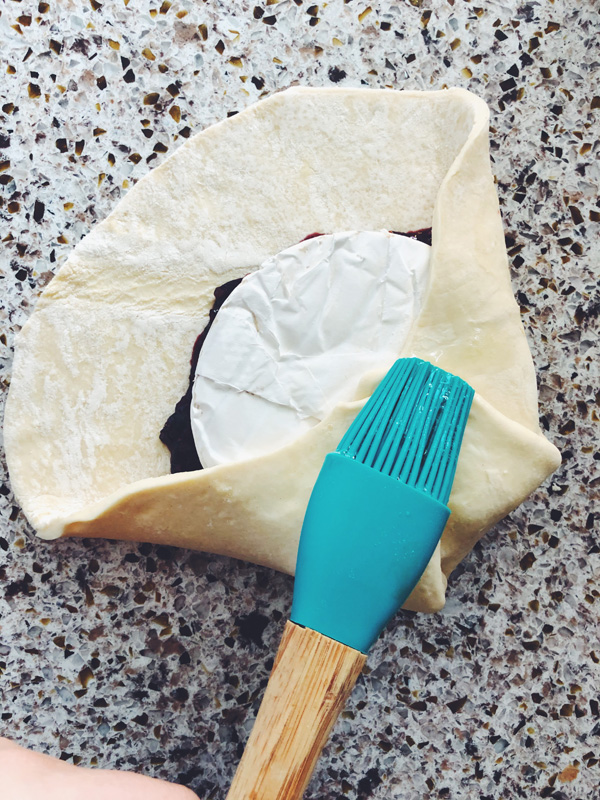 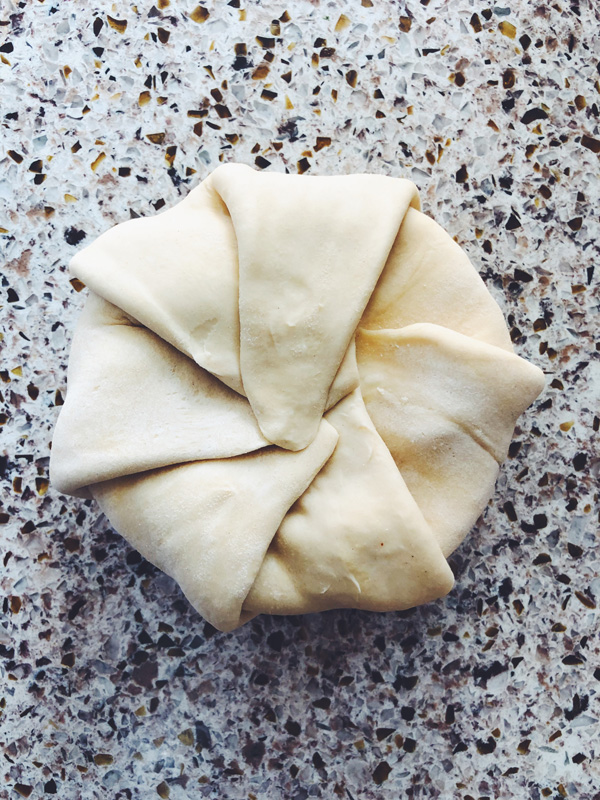 Continue to wrap the entire wheel of brie, then brush the bottom with the egg wash so that nothing seeps out.

Place the brie wheel, seem side down, on a parchment or my favorite silicon baking mat lined baking sheet.

Using the scraps, cut out a heart and place it on top of the wrapped brie. 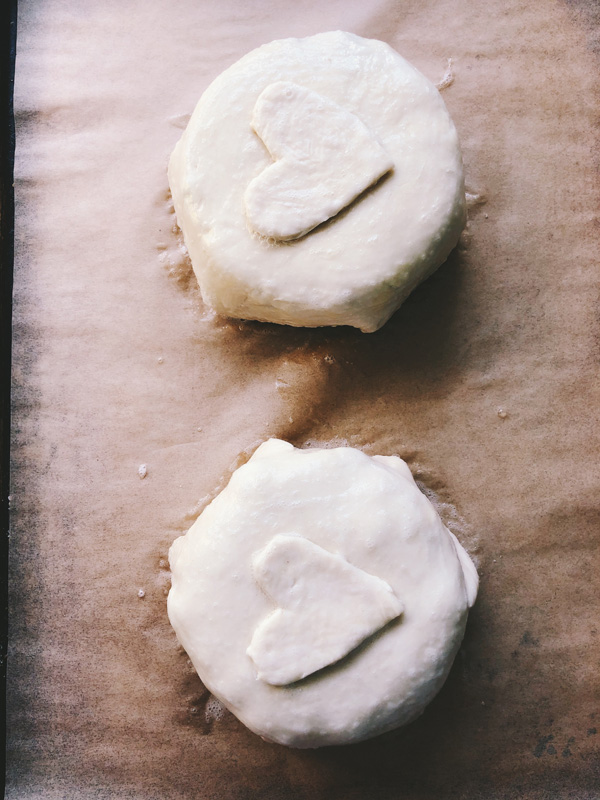 Brush the whole wrapped brie with the egg wash and place in the oven for 25-30 minutes or until it’s golden brown.

Once it’s done, remove from oven, drizzle with honey and cut open within 10 minutes for the full oozing effect. 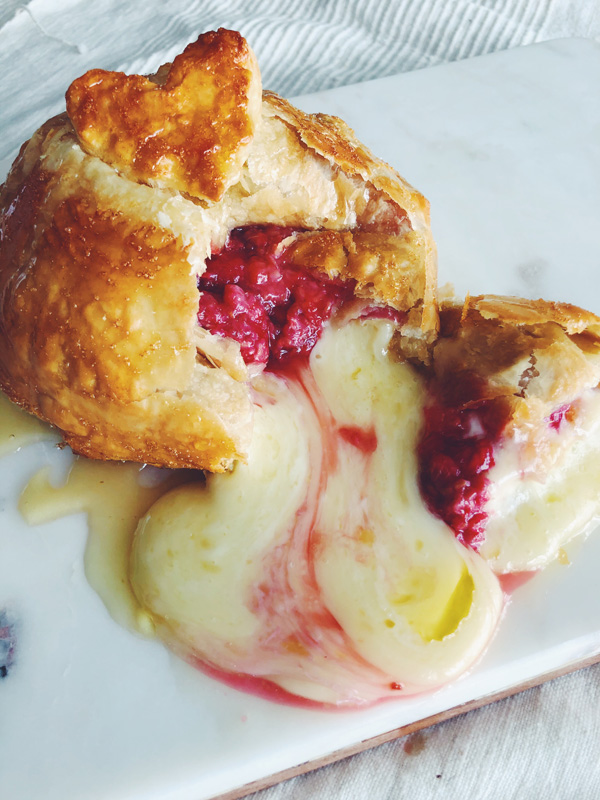 So what am I having?!

If you saw on my instagram reveal, you know that i’m having…

We’re so freaking excited and cannot wait for this little one to come out and join us!

And if you’d like to save these Gender Reveal Food Ideas for later, pin the below! 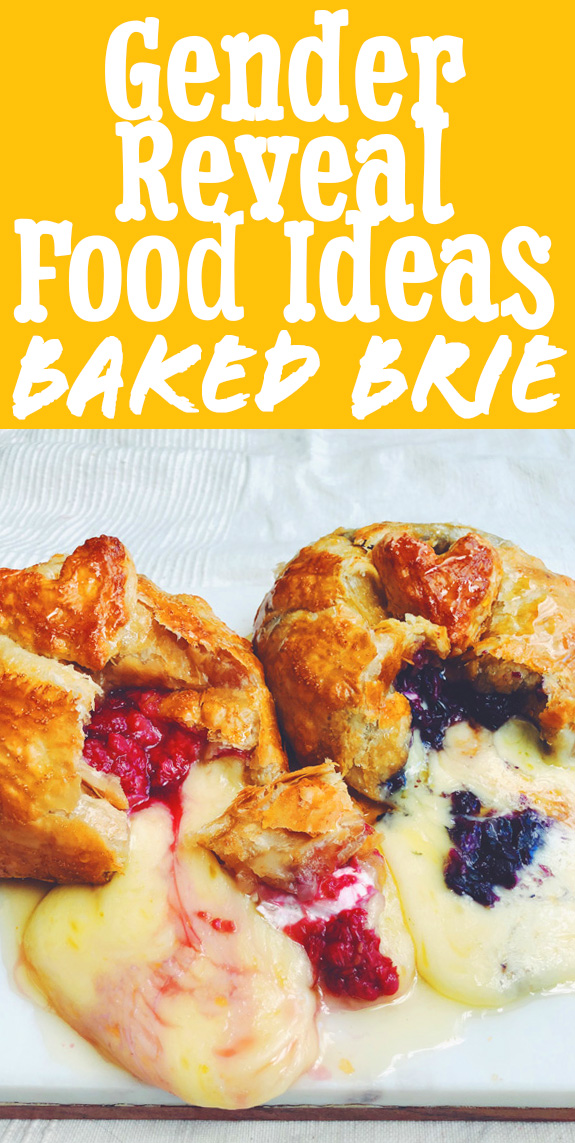 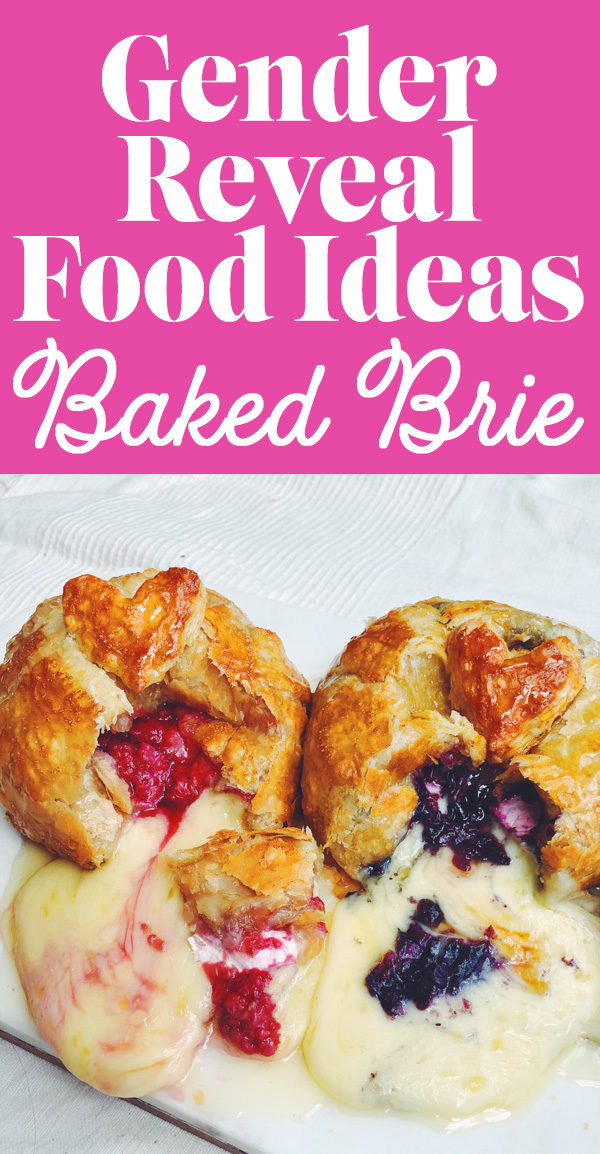 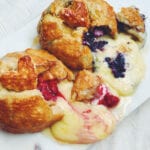 If you're looking for some gender reveal food ideas, why not try this Blueberry or Raspberry Baked Brie! Creamy brie cheese is wrapped in puff pastry and baked until golden brown. The whole thing is drizzled with honey and then cut open to reveal an oozing pink or blue cheesy center!

For the baked brie

For the baked brie