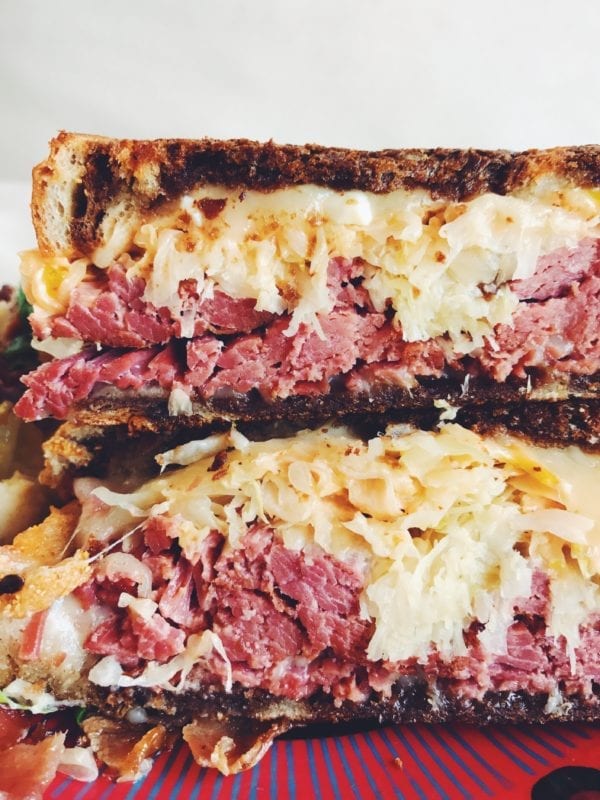 Today marked my 3rd segment of the Food Network’s Facebook Live! I feel like these things keep getting easier and easier every time! THANK GrrrROD! I’m feeling more confident in front of the camera. I finally feel comfortable being my grue goofy self. And even that whole issue of not-touching-my-hair is forcing me to get extra creative with my hairstyles. A win, win, right?!

TBH, I am not one of those chicks that look good with their hair pulled back in a ballet bun nor do I look striking in a hairnet, but hey, what am i supposed to do? I was never a girly girl and I am still totally learning how to do my make up. However, there has been this one thing in my regiment that is a total game changer. 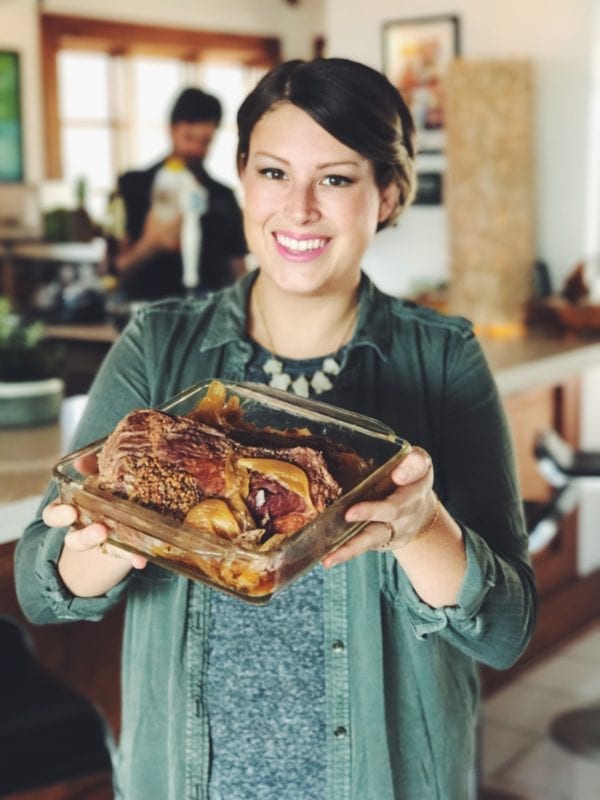 Let’s give it up to the rebirth of my eyebrows.

You see those bad boys right there? I don’t mean to brag, but yes, my eyebrows are on fleek. It hasn’t always been that way though. Growing up a blondie in FL, I was always super tan and had extremely light (almost invisible) eyebrows. The combo might sound good, but nah, it’s not. B’lieve that.

My girlfriends used to call them Mako eyebrows which probably doesn’t make any sense but let me explain. You see, my dog growing up was a red dachshund and he had these cute little eyebrows that blended into his red coat. They were there, but they weren’t – know what I mean? Here’s a pic for reference. Wah, wah. And remember that whole bleached out eyebrow thing? How the hell was that a fad? Ick.

BUT YES. Eyebrows! I don’t know why it took me almost 30 years to realize that I should probably pencil them on, but I’m super happy that my old roommate, Kristine, showed me the light. Instead of looking incredibly surprised in almost every picture, my face is now sort of framed out and I look like a normal human. But enough about me, let’s turn the focus on you!

If you haven’t made a homemade reuben, I want you to ask yourself “why?”. Like my whole eyebrow sitch, I don’t want you to go a whole 30 years without doing something that’s going to change your life!

FOR THE CORNED BEEF

FOR THE CORNED BEEF 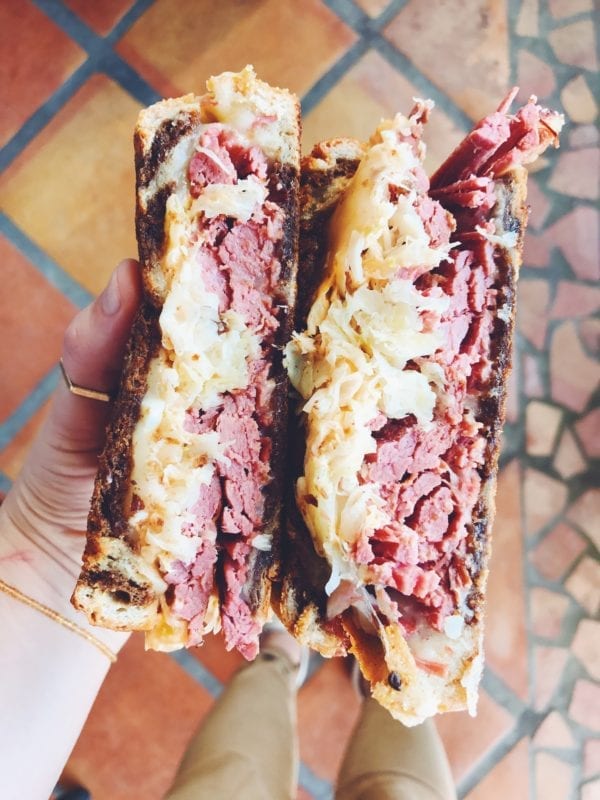 Thanks for watching this week!