This Beer Mac and Cheese with Irish Cheddar & Guinness is the perfect cheesy way to celebrate St. Paddy’s Day! Loaded with Kerrygold Salted Butter, Irish White Cheddar and Guinness Beer, this tasty Mac and Cheese not only looks like a pot of gold, but it tastes like it, too! 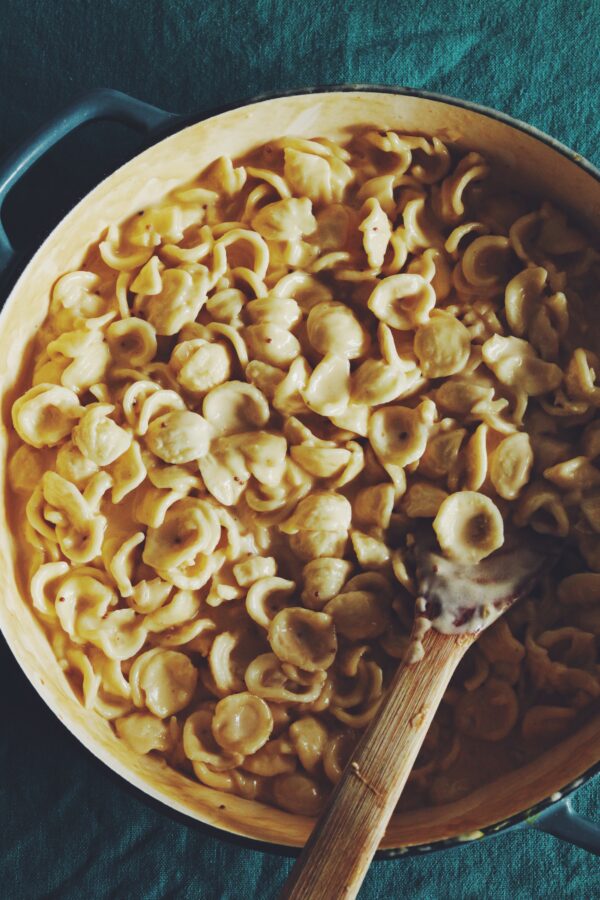 Yesterday on my Instagram stories, a vast majority of you voted for this tasty Beer Mac and Cheese Recipe for St. Paddy’s Day! So here it, is! Not only do I love the taste of this creamy mac and cheese but I also love that it looks like an edible pot of gold!

It’s loaded with with all my favorite Irish ingredients like Kerrygold White Cheddar and Butter and Guinness Beer. For even more flavor, it’s got sweet little bits of Caramelized Shallots and Grainy Mustard for texture. And best of all, this no-bake mac and cheese comes together in under 30 minutes!

And if you’re looking for some more tasty mac and cheese recipes, try my pumpkin mac and cheese, baked burrata pasta or this insane Southern baked Mac and Cheese with Candied Bacon! 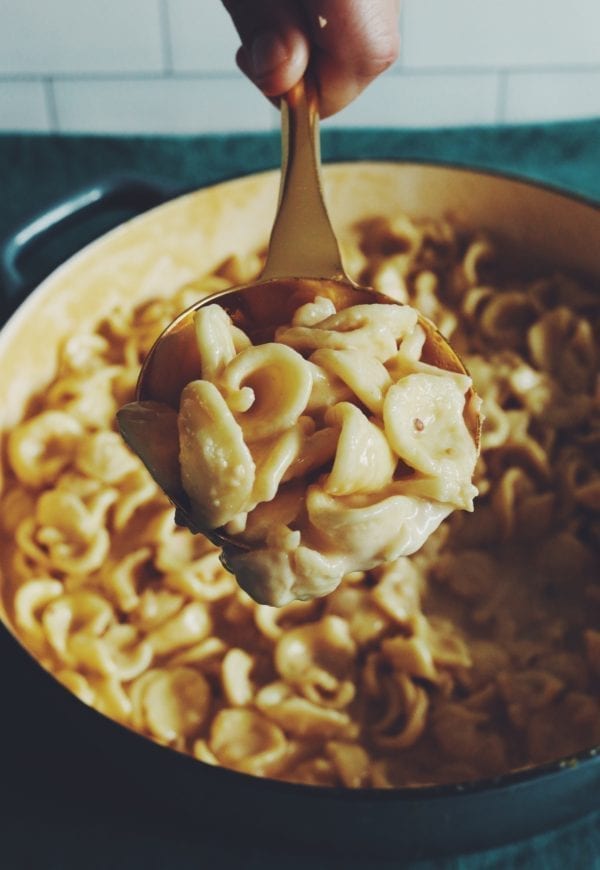 Making this easy beer mac and cheese is quite simple! To begin, boil your pasta according to the directions on the box and set aside.

Then, sauté shallots in Irish butter with a pinch of salt for a few minutes. Next, add flour and cook down until a roux forms. Add grainy mustard to the roux followed by some Guinness Beer. 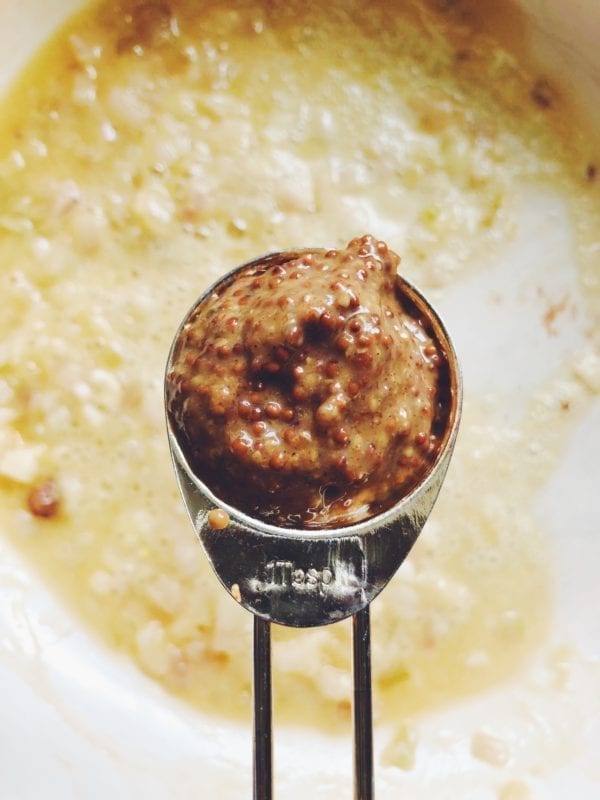 After that, you’ll stir in the heavy cream and let it simmer until the sauce has thickened. Finally, you’ll add in the Irish cheddar and some sharp cheddar and stir until it’s all melted.

Lastly. Finish by adding a bit of yellow mustard, some sriracha. and salt to taste.

I should also note that you might be a little freaked out by the color of the cheese sauce. 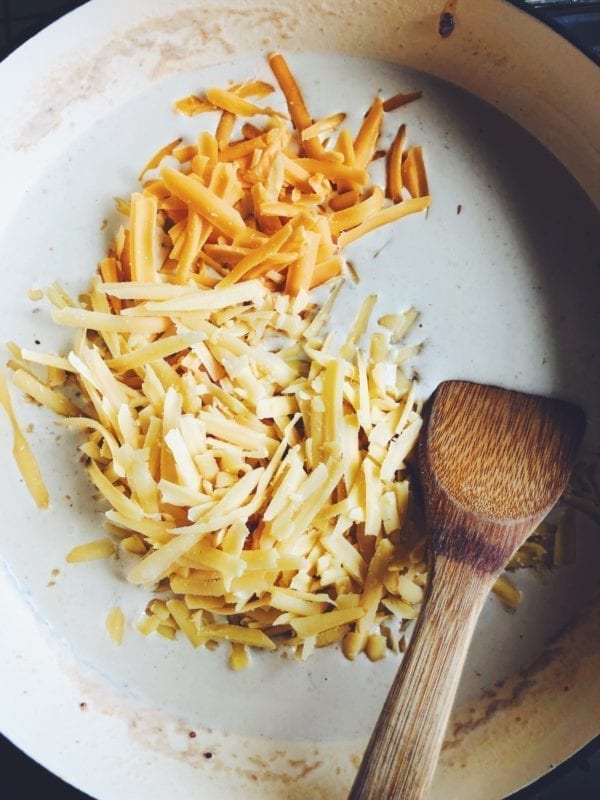 Unfortunately Guinness is quite dark so it makes the sauce not so pretty. To fix that, I added in orange cheddar, yellow mustard and sriracha. This not only makes the color of the sauce brighter and more appetizing, but it also adds more flavor!

Oh, and it also is the closest thing to an edible pot of gold which is fun, too! 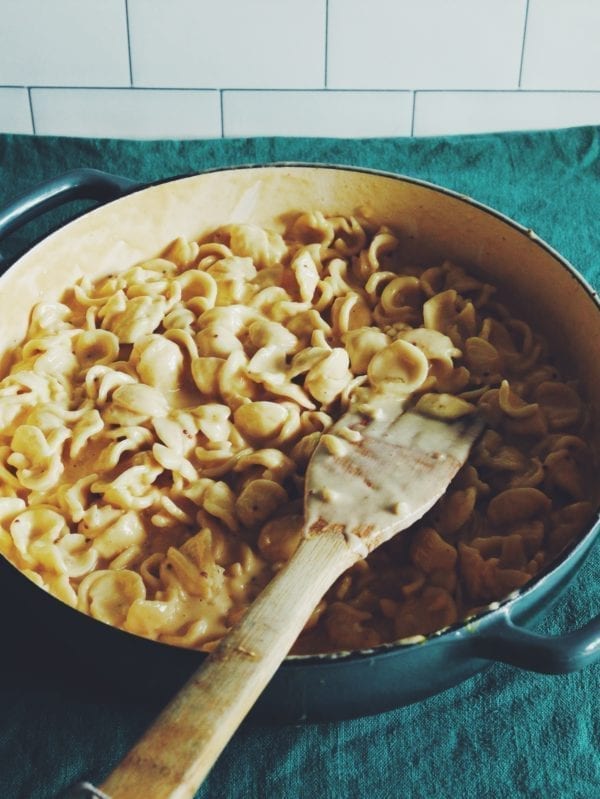 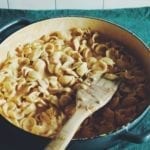 If you’re using another pasta that has a lot of surface area, like fusilli, rotini or penne, you might need to add a little more heavy creamy at the end to make sure it’s creamy.

And if you’d like to save this Beer Mac and Cheese recipe for later, pin them below! 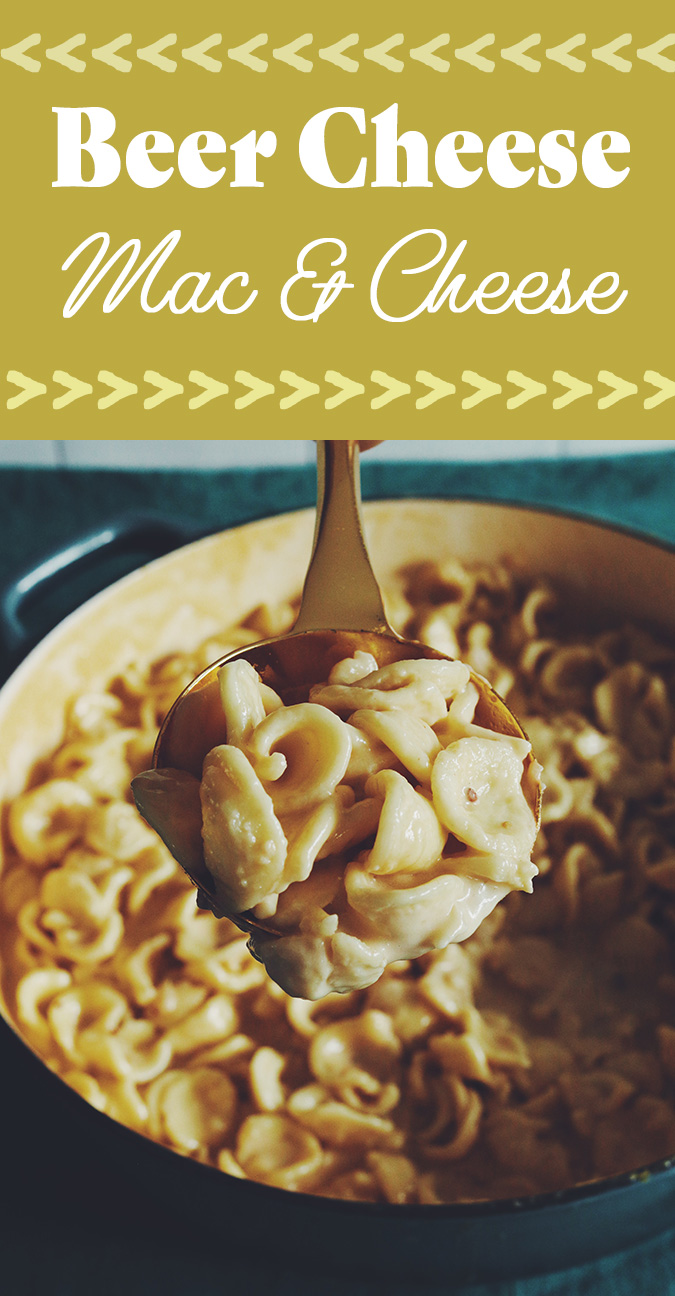