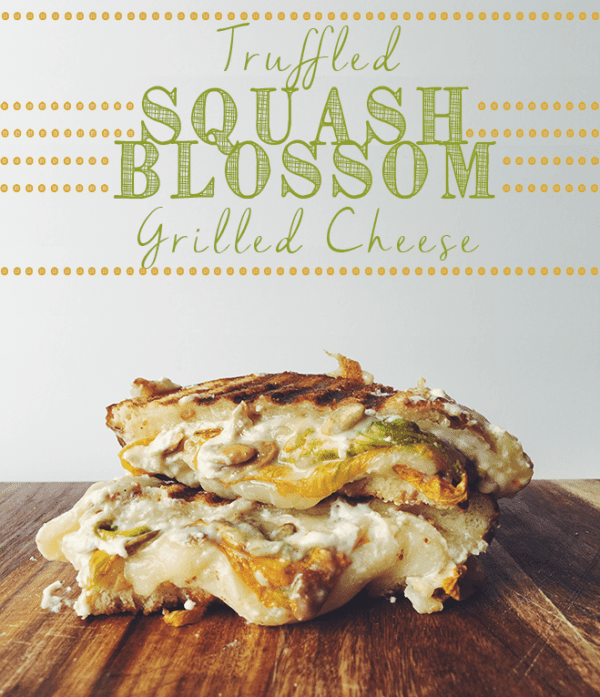 It felt really good to write about my uncle last week. And although it was very sad and I was fighting back tears most of the time, I felt like it definitely provided some sort of closure for me so thank you for reading and helping me cope! You guys are seriously my favorite. Now I want to brighten things up a bit and treat you to a sweet lil truffled squash blossom grilled cheese to turn the mood around. And what better fun topic to focus on other than partying? NONE! Well, actually, timeout – Let me rephrase – I should say the after effects of partying. It’s so bad it’s comical.

I’m almost 30 now (yikes) but 6 years ago when I started my blog, I was  an +A student in the drunk department. I would even joke and say that I wrote my best material when I was massively hungover, totally loopy, and uncomfortably full from a big NYC brunch. Maybe it’s that I was young and my body my was like at its peak-drunk-girl-performance but man have things changed!

Unlike before, I don’t go out and party every night because I don’t have to… which, don’t get me wrong, is wonderful! A few factors that I’m totes stoked about has led to this new MacKenzie. The number one thing probably being that I finally found a real live dream angel boyfriend who I just want to snuggle with all the time, while the second one being that there’s not much of a night life scene here at the beach, especially since the summer tourists have fled. But yeah, after a night out these days my body starts feeling like an old house that’s about to collapse.

Can anyone relate? Is this the reason why people stop partying? Does your body just put up a fight when you get older? With the hangover resulting in a metaphorical punch right to the brain? I don’t know why it decided to start doing it now… but I don’t like it. It makes me feel old and bad at partying when I used to feel so young (and bad) but so good at partying! What the heck body. What did I do to deserve this?

Let’s examine last night for clues. We went out to dinner at Outriggers (one of my go-to’s down here in FL) and I started with a negroni, then a water, got talked into a few bottles of wine with dessert, downed a few more waters, then went to the Flagler Tavern and had a few late night dollar Kona beers (Yes! Those elusive cheap drinks actually exist here!) and then because I can’t say no, I drank a whole cup of fireball. No, not a shot, I’m seriously talking about a full cup. Why? I don’t freaking remember but I drank the whole thing, sip by sip, because I  was like YOLO—GET IT GIRL—YOU GOT TOMORROW OFF!

…But now I’m all like NO, YO. This sucks balls. I woke up in the middle of the night hot as hell with my mouth dryer than week old baguette. I was feeling like my belly was a pressure cooker for all the booze and it was ready to explode. As I struggled to get up, a rush of blood went right to my dome and the pounding started. I stumbled to the bathroom, flicked on the light and was blinded! “LIGHT BULB, I WILL SMASH YOU” I thought as I dramatically hissed at the fixture and cursed it out loud. I almost collapsed. As I was peeing, I started to get really down on myself.

“What in the heck happened back there? You strategically ate a miniature cheese plate (with all the components to this sandwich!) before bed, because you’re fancy and smart like that, but damn girl, get it together!” Wait. Light bulb. Was it the lack of pizza grease? My body was craving it before bed, so I’m guessing that’s what it wanted and what it needed. Now that I’m writing this, I’m realizing that maybe the mere intake of a late night pizza was the reason I didn’t used to get hungover. After all, those late night pizza binges with the girls were like a ceremonial part of capping the night off in Brooklyn. It has to be that. It has to. Please.

I definitely need to test my new hypothesis but in the meantime, let’s talk about this delicate flower grilled cheese sandwich that was inspired by a pizza that I made for YAHOO FOOD last week. Its got squash blossoms, fresh ricotta, truffled taleggio, sharp cheddar, honey, candied pumpkin seeds and a pretzel bun. Sounds kind of out there, I know, but the flavors were right on. The cheeses all worked together, creating a beautiful rich blend of melty goodness while the honey added sweetness and the candied nuts added crunch. The pretzel-y-ness of the bread balanced it all out and the flowers just made me feel better about myself. They’re so pretty, right? 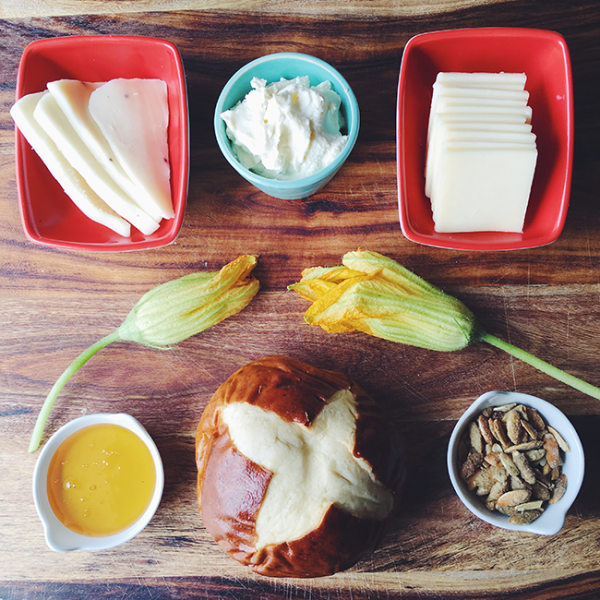 Want the exact amount for each ingredient or don’t want to sit here and listen to me blab? Don’t worry, it won’t hurt my feelings. Just head on over to my Sandwich Expert Page on About.com for the shortened TLDR version right [HERE].

To begin, slice off the bottom and top few centimeters of your bun. Getting the crust off helps expose the spongy good part of the bread so I always recommend doing this for grilled cheese production. 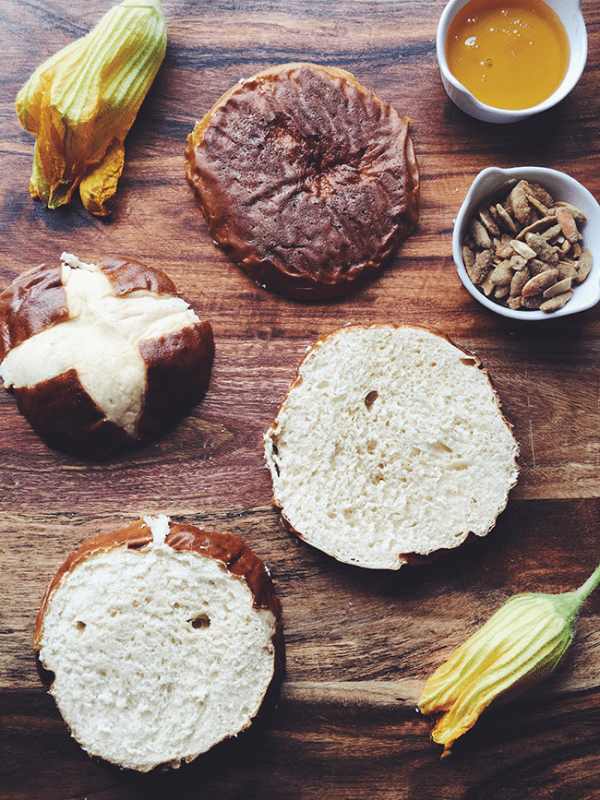 Next, add your cheddar, a smear of the ricotta, and the toasted candied pumpkin seeds. 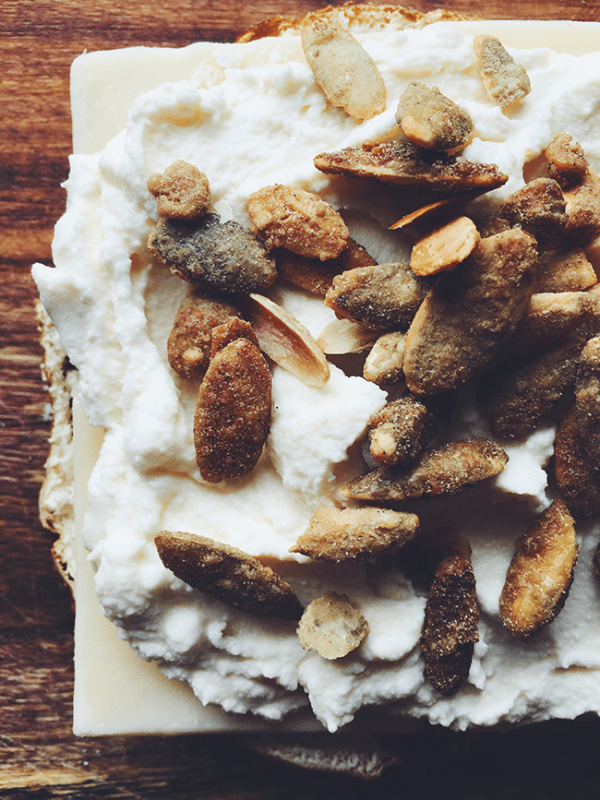 Now gently rip open the squash blossoms and put them on the sandwich. Drizzle it with some honey and watch and the beautiful drips unfold. 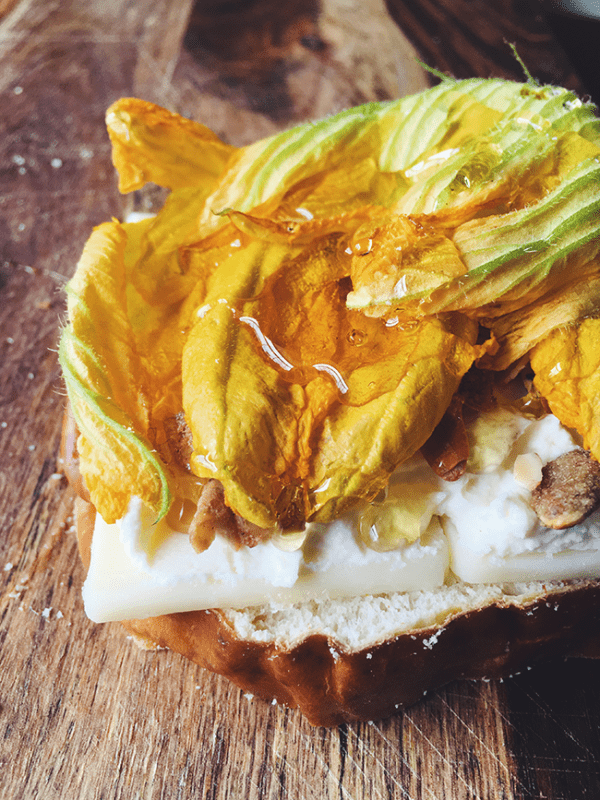 Add the truffled taleggio and the top half of the shaved bun. Smear it with butter. Lick your fingers. Eat the cheese that didn’t fit. 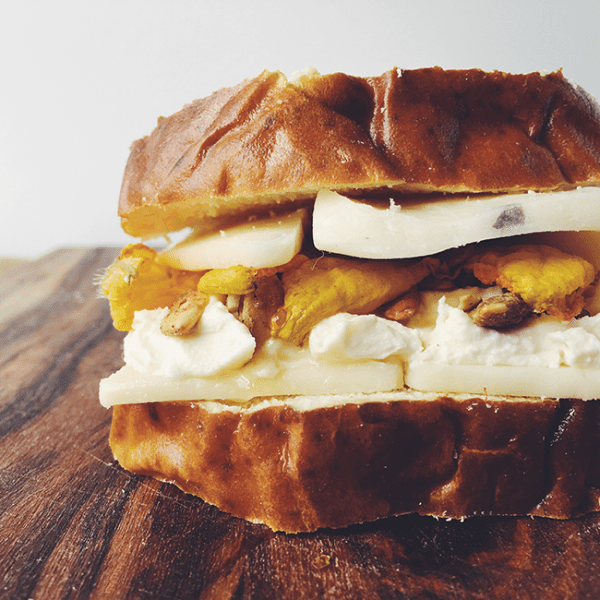 Grill dis bish over medium heat until it’s crispy and crunchy and the cheese has melted. I think I put too much cheese on my sandie, but hey, I’m not good at limiting myself. 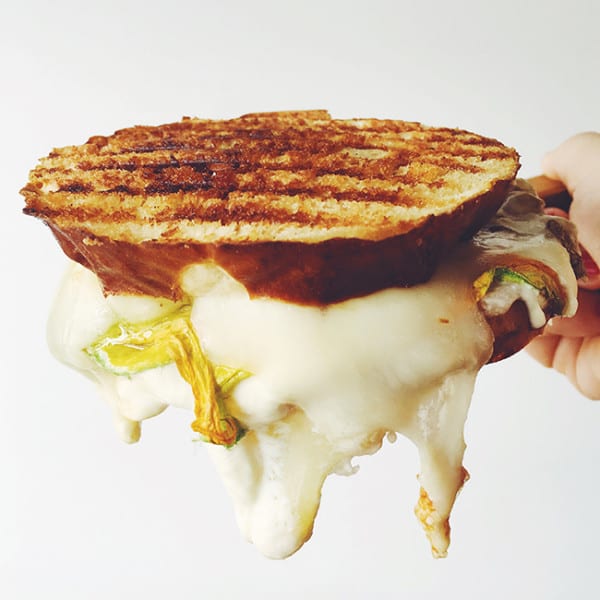 Let it sit for a few minutes so the cheese can firm up and then slice it in half. Enjoy the heck out of this thing. I recommend extra honey for dipping. 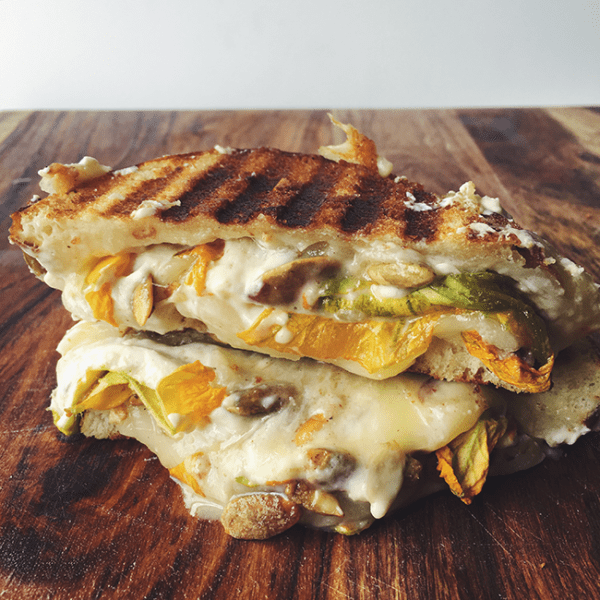 So yeah, getting older and dealing with hangovers suck but getting older and finding true love doesn’t. These days, I’m totally chill with sitting at home, watching netflix with the man while munchin on cheese plates. It feels really weird saying on here considering this blog was basically formed on the late night cooking quests of my former drunken self. Life… right?

Alright guys, love you. Thanks for listening. Talk soon.