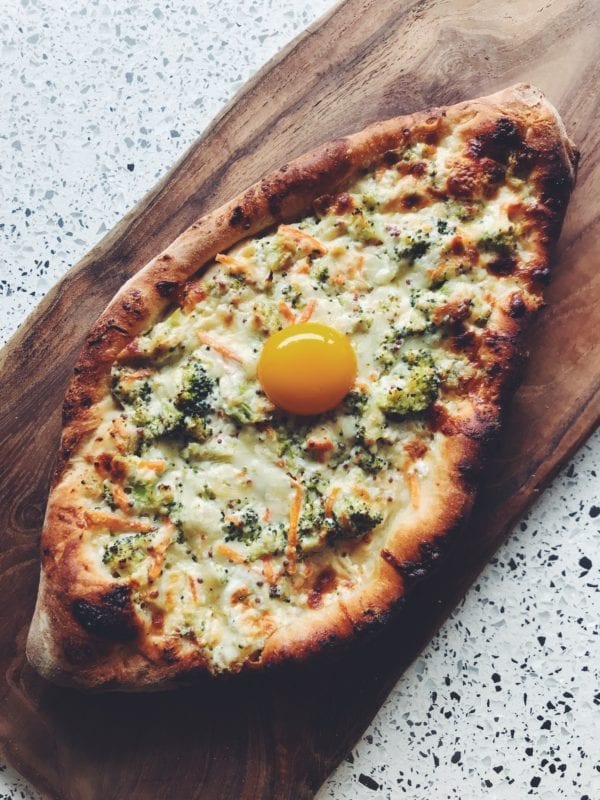 Maybe it's because I've spelled Khachapuri incorrectly like 1000 times and google is totally stalking me because of it... but these Georgian eggy cheese boats are taking over all of my social media feeds! And since I couldn't deal with the lack of deliciousness in my life, I decided to put my FOMO to rest and made one for my friends.

So what makes this magical dish so spesh? Imagine a flatbread mixed with a pizza mixed with a creamy soup-filled bread bowl. Khachapuri is basically the epitome of cheesy carby goodness with an egg on top. To eat it, you rip off the sides and use the crust to stir and scoop up the molten cheese that resides in the middle. It's actually heaven in self-serving nacho form.

Traditionally, these cheese boats are filled with a tangy sulguni cheese that I've never heard of before that's basically impossible to find in the USA. Instead of searching high and low and freaking the f*** out about it, I decided to copy some other bloggers and swapped it out for some tart feta cheese. Most of the khachapuri recipes I found were cheese-only, but I needed some vegetables in my life and decided to make mine into a broccoli cheese soup inspired version.

Well hello creamy garlicky broccoli cheese boat, you are making my Friday night so much better ?? Ever had Khachapuri? Neither have I ? but decided that I didn’t want to live like that anymore. I kind of created my own version using pizza dough + inspiration from a flashback of that panera bread broccoli cheese soup bread bowl life that I used to live off of in high school. Dudes, get on this!! ???

Looks ridic, right? BECAUSE IT IS!

So I've talked nonstop about the filling but what about the bread? A lot of the recipes I looked at called for making your own dough, but if you know anything about me, you know that I can't be bothered with anything baking-related. Instead of making the dough myself, I decided to buy a ball from Publix because they are better at it than I am. But hey, don't let me stop you! If you like baking? Then go for it!

So let's get to the recipe, shall we? 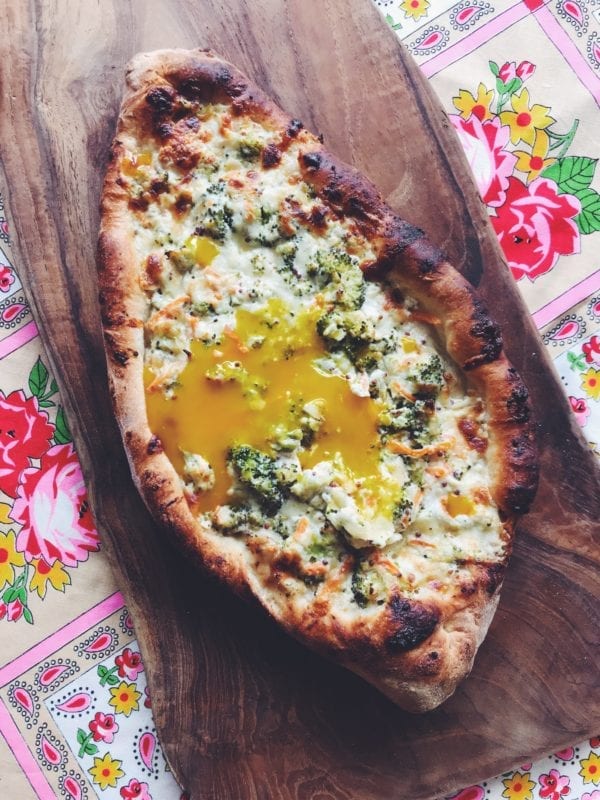 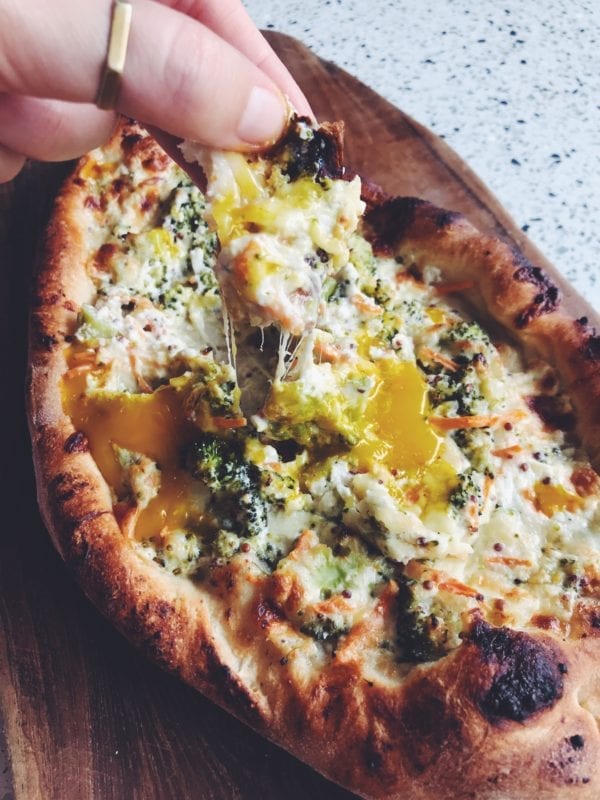 I'd like to think this would be a fun appetizer to share with friends before going out, but honestly, there's no going out after eating one of these. Tbh, I took a 4 hour nap after recipe testing. Woof. It was intense. So if you make it, be sure to invite some friends over, get into some sweat pants, pop on a movie and enjoy. You probably won't leave the couch afterwards.