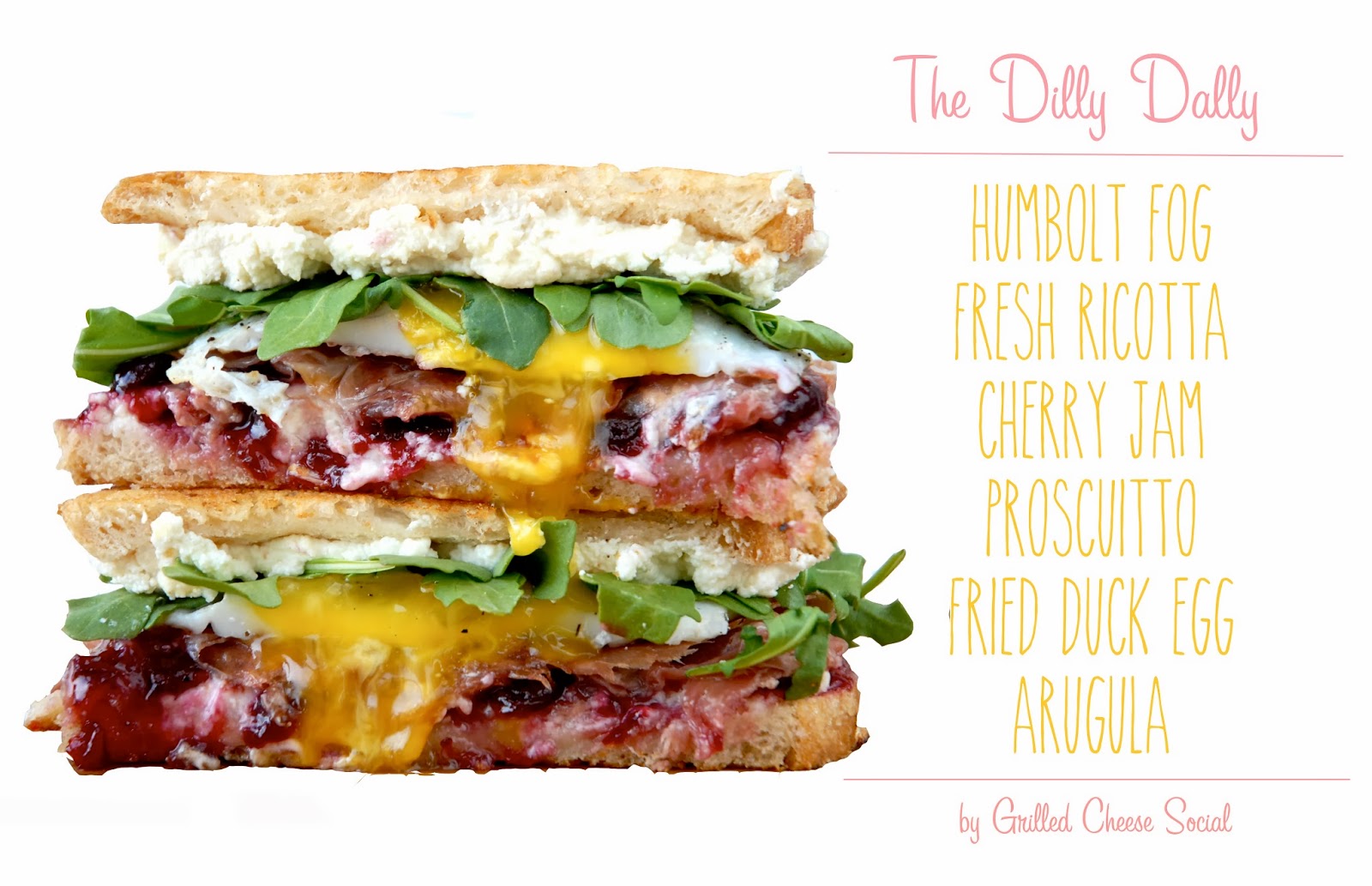 I think about leaving NYC all the time. I mean I love it, I totally do, but whenever I visit a new place all I can think is "what the eff am I still doing here?". I miss the trees. I miss the beach. I miss the ability to jump in a car and drive wherever the hell I want. I miss not thinking about how in the world I'm going to carry all these groceries home without my arms being sore for two weeks. But then like a surprise pie to the face, NYC shows me how magical, how slightly scary, and how mysteriously awesome it is.

Take a few weeks ago for example. I was ACME Studio, the most insane party house photo studio/prop house that I cater at, for their annual holiday party and things were totally rad. There were friendly faces, awesome cocktails, a slo-mo camera catching some insane shots like this one, and of course A LLAMA NAMED PIERRE. Because what's a holiday party without a barnyard animal? Average, that's what.

The party was poppin indeed but my homey Brian and I wanted some fresh air so we put on our puffy coats and braved the cold. Across from ACME is another studio called Villan. And Villan was having a party too, so we snuck in to see what it was all about. As soon as we got inside, we waited in line for free rum drinks (SCORE!) and then headed to the dance floor. Because of my inability to not dance when I hear electronic music, I was totally blind to the DJ and didn't even think to look at him. I was too busy boppin around, throwin my hands up, spillin' my drink everywhere, and droppin it like i know how to dance it's hot. Duh.

Then all of a sudden my buddy says something and I can't understand because the bass was so loud. I follow his gaze to the stage and guess who was up there?? JAMES MURPHY! You know, the mastermind of electronic music, the founder of DFA records, and most importantly the brains behind LCD Sound System! I was sooo stoked. I almost peed my pants and made out with the person next to me at the same time. You see, I'd been a fan of LCD Sound System since like 2005 or something like that, but I never got to see them. The night they performed their last show at Madison Square Garden, (which sold out instantly... wah.) I sat home all bummed out that and cried into a bowl of instant mashed potatoes. Thent a few weeks ago, I saw him DJ. After the band split, I never thought I'd see them perform and even if he was just DJ'ing a set, it was still so unexpected and magical - i'll never forget it.

And i'm not saying that NYC is the only place where this kind of stuff happens, but it's definitely the place where this sort of awesomeness is most likely to happen. And because of that, I'm not going anywhere. (Did someone say FOMO?) At least until someone pays for me to move to San Fran... then I'll leave. But yeah, anyways, you need to know this grilled cheese because it's totally absurd and inexplicably delicious. Fresh Ricotta and Humboldt Fog (from Whole Foods), some super thin prosciutto slices, cherry preserves, a fried duck egg - yeah that's right - and some fresh arugula piled on sourdough create this NYC worthy sandwich that is also totally unforgettable. 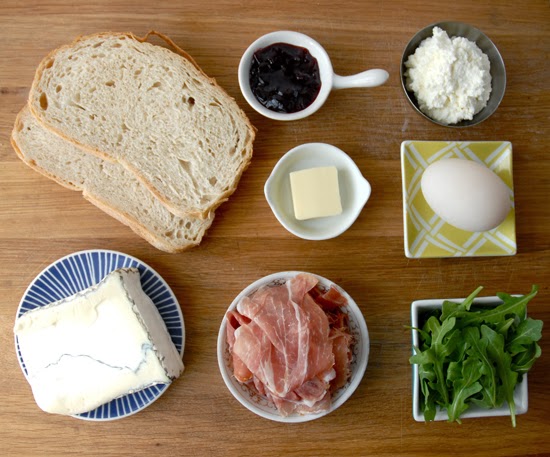 So to begin, crumble up some of that Humboldt Fog. This cheese is awesome and is one of my all time favorites - and it's not just because of where it comes from. It's got the flavor profile of a typical chevre but it also has a layer of ash that makes the flavor more intense. It's lemon-y, floral-y, and majorly creamy. The outer layer has a gooey consistency that contrasts perfectly to its more chalky center. If you can't tell, I just love it.

And because Whole Foods gave me some money to buy the ingredients, I gotta tell you about their new American made cheese selection that they are reppin'. They now carry some of my favs like Gran Queso from EMMI Roth USA (Wisco in the house!), MT TAM from Cowgirl Creamery, Asiago from SAXON Creamery, and Bonne Bouche from Vermont Butter and Creamery. Pretty exciting stuff if you don't have a speciality cheese store around you! 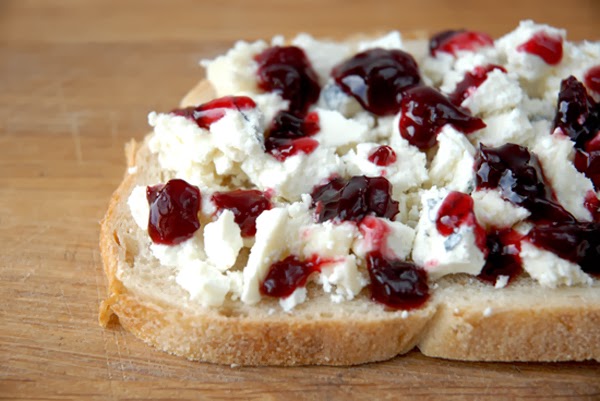 Now add a little bit of proscuitto! It's salty, smokey, and melts in your mouth. The thinner you have your butcher slice it, the better. Seriously, there's nothing grosser than a big ole slice of proscuitto... For some reason, it just fucks with the flavor. With that little tidbit, make sure you don't add too much proscuitto. It'll just destroy the sandwich.  I'd say use like 4 slices at most. 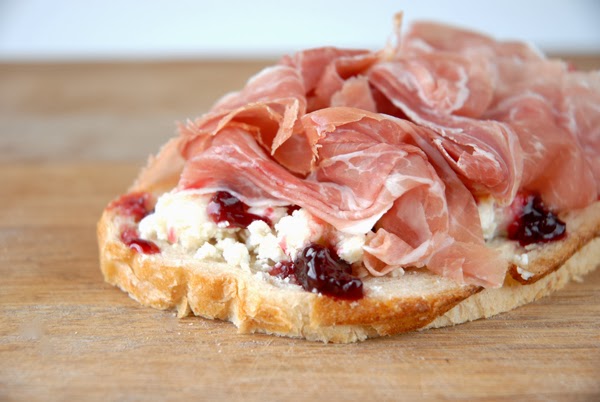 Now smear the fresh ricotta onto the remaining piece of bread and put it on top. The sandwich just needs to be grilled at this point. 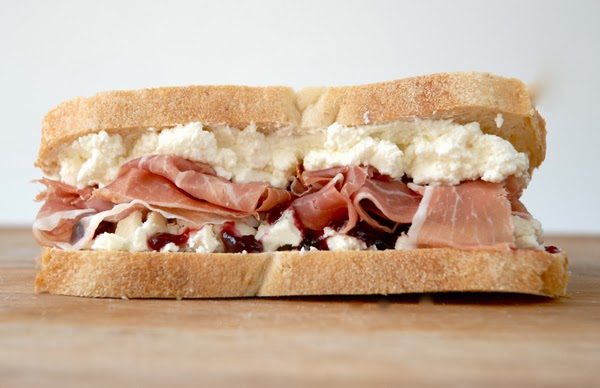 Butte
r both sides, and turn your burner to medium. Let the sandwich grill until the cheese starts to melt and then flip - making sure that both sides are equally crispy and golden. Then remove it from the pan and let it chill. 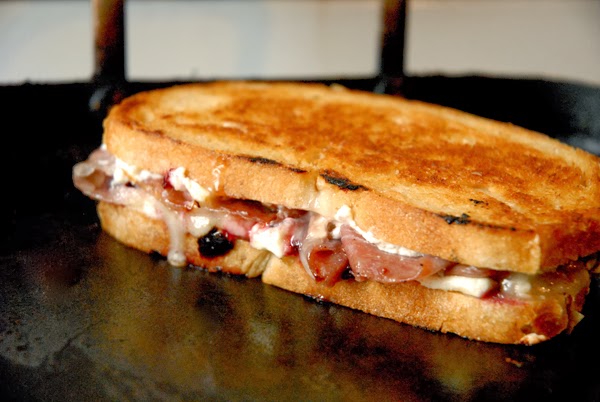 While the sandwich is sitting, quickly fry up your duck egg! I used a duck egg because... why not? Duck eggs are ultra creamy, a little bigger, and super rich. It's like a regular old chicken egg but with butter pumped into it... at least to my taste buds. 😉 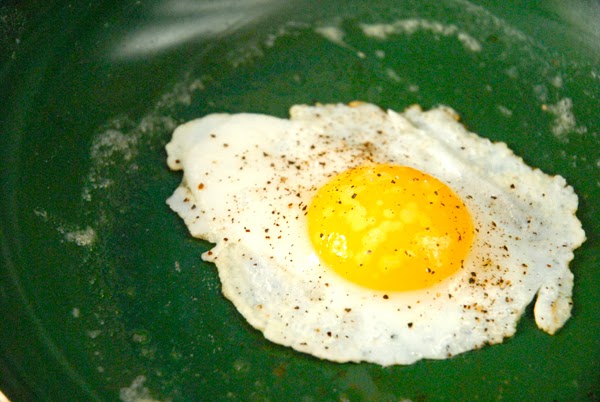 When the egg white is cooked and the yolk is still runny, gently take the top piece of bread off the grilled cheese and place the duck egg on your sandwich - then top with fresh arugula. The peppery bite from these greens will make the sandwich have an added depth of flavor. So now all the flavors are there - salty, creamy, peppery, sweet, sour, rich, delicious, irresistible, umami-esque... you get it. 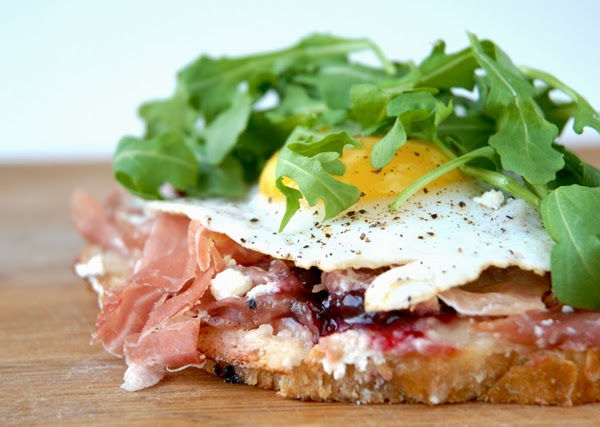 Now that everything's on, go ahead and add the other piece of bread back on top and cut it in half! Watch as the egg yolk runs down the sandwich and coats it in it's buttery goodness. Oh my god, can you believe what you're about to eat? YAH! High 5s! 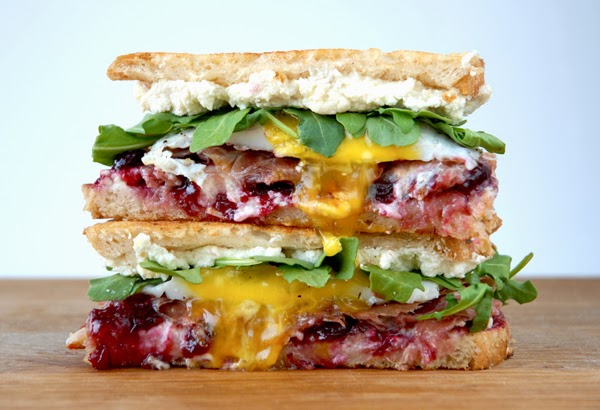 So yeah, take a look at this bad boy. Not only is it absolutely beautiful, but the curtains match the carpet... or whatever that saying is. Does that make sense? I mean that it looks beautiful and tastes dank too! Hah. Anyways. ok, Enjoy!