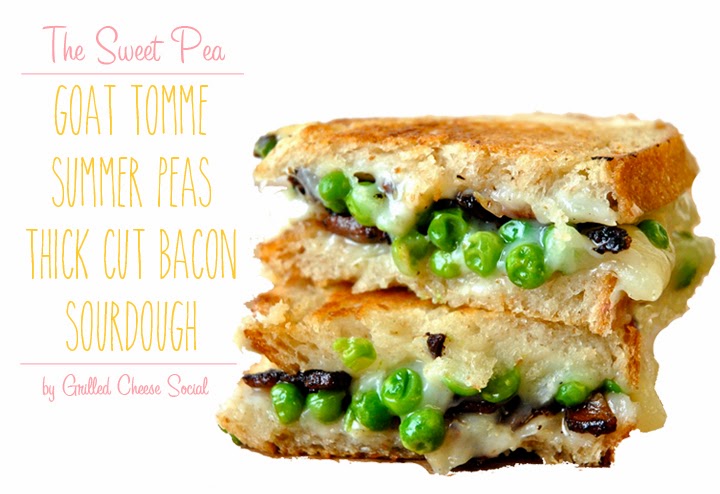 San Francisco – a place where sourdough reigns supreme, baby seals frolic in the freezing cold Pacific, and most importantly a beautiful green (you should prob click that) city that embraces a chilled out lifestyle. It’s totally insane. I mean, have you ever seen a place where even the homeless people are happy? I’m not joking, they’re like singing on the streets, smiling up at the clouds, dancing around in their own little ball of bliss. It’s great. But it’s also like the antithesis of the homeless population in New York and it makes me sad. You know what SF? You’re doing IT right.


Sure, maybe I’ve been stuck in New York for too long or the heat wave that was sucking the life out of me before i left had depleted my optimism levels. Not really sure, but what the fack dude? Why am I living in a city that beats you down everyday? People don’t have time to be nice and hey, if you do happen to knock into someone on the subway – you better watch the eff out! You don’t want to get pushed in the tracks. Humanoids are getting pushed into the tracks on a regular basis and it’s totally horrifying, omg. Alright, alright… I may be going overboard a little bit, but fo’real. I can’t remember the last time a stranger smiled on the street and said a little hello. And I’m not even talking about the construction workers that can’t let any woman escape their vicinity without hollerin’ something demeaning behind their back. Eck. No thanks.

But enough griping, I really do love living in New York and it’s obviously one of the coolest places to live EVER but I gotta get out of here. I need some nature in my life. I also need to realize that every time I leave the city, I want to move. I know it’s a pattern but it’s getting trickier to deal with every single time I dip. So enough with the moving talk, let’s talk about this grilled cheese. After seeing all the fresh peas in the farmer’s market on the other side of the country, I decided that they should def be featured in a new post – so here we go. Fresh peas, goat tomme from France, sourdough from San Fransisco, Nueske’s bacon because it’s the best, and some salted butter because I’m obsessed with butter. Yep, it’s super groovy. 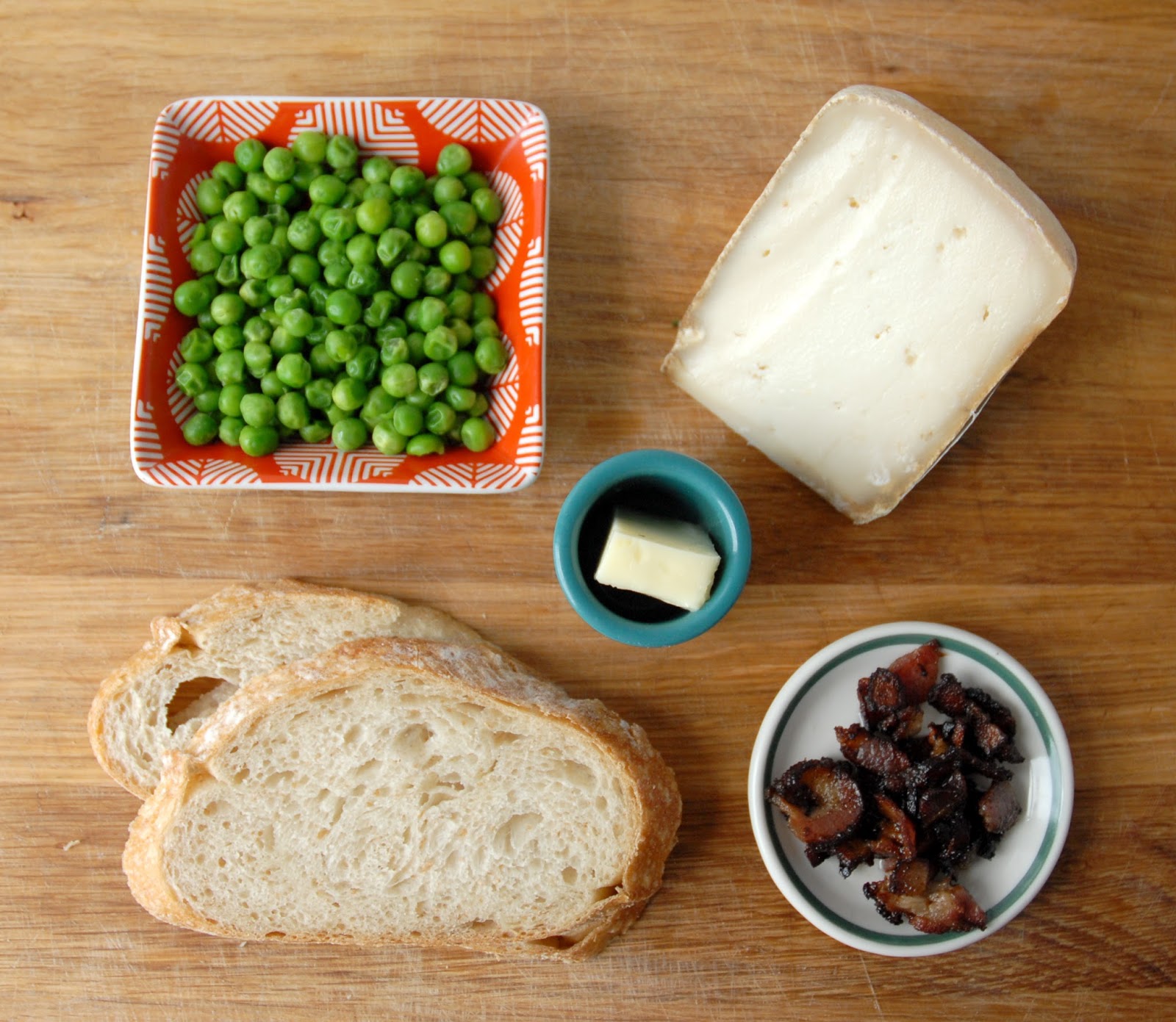 To begin, slice up some of that goat tomme and lay it on. The awesome peeps at The Goat Cheeses of France send me this cheese and it’s insane – creamy, nutty, buttery, with slight hints of caramel… and that’s just when it’s hard. When it melts, it takes on a whole new profile and is creamy, milky, and luscious. It also has these insane teeny tiny crystals that make you want to eat the whole wedge even if you told yourself that you’re going to practice some self control. 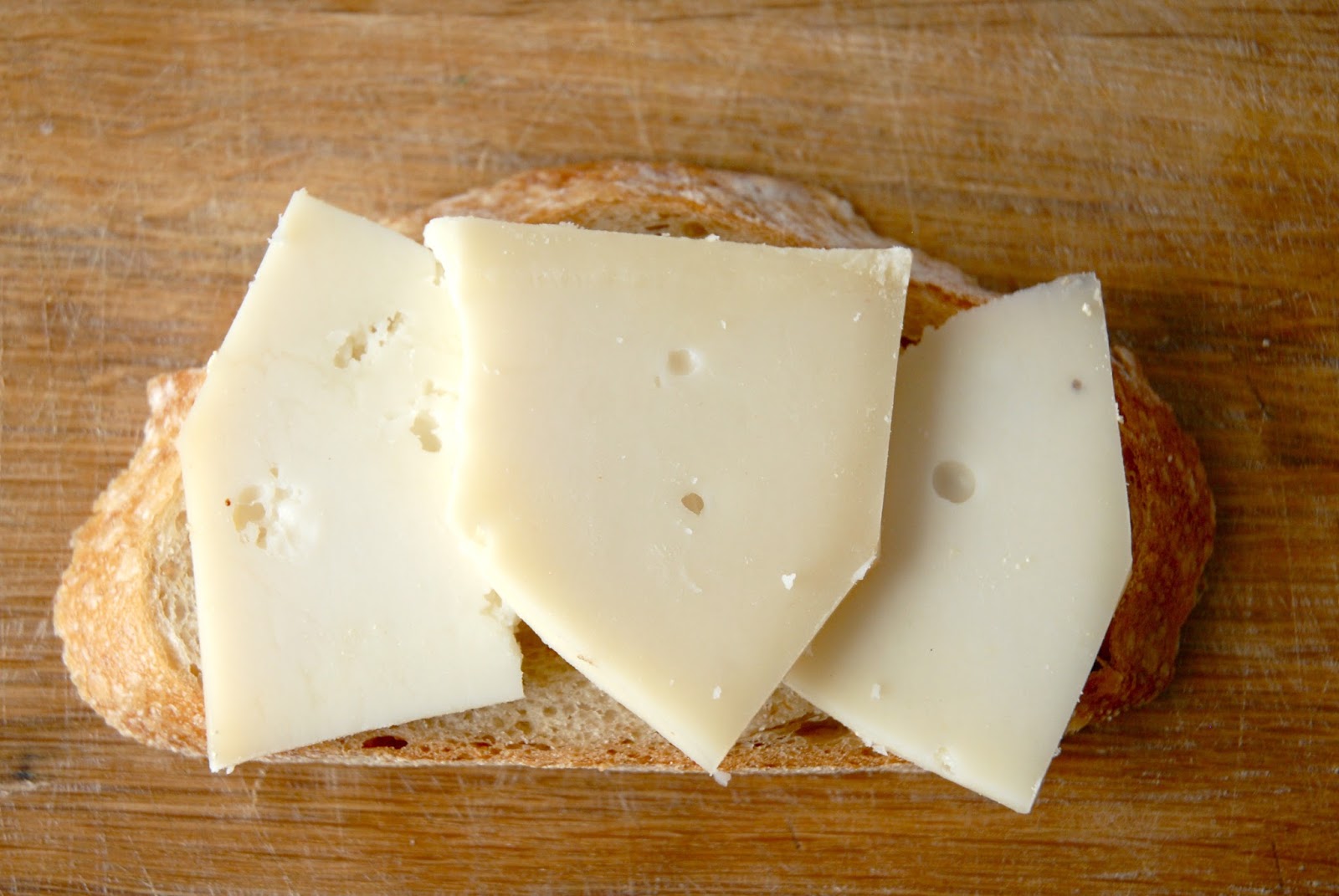 Now it’s time for some peas. Did anyone else refer to them as dinosaur eggs as a kid? I know it can’t just be me… 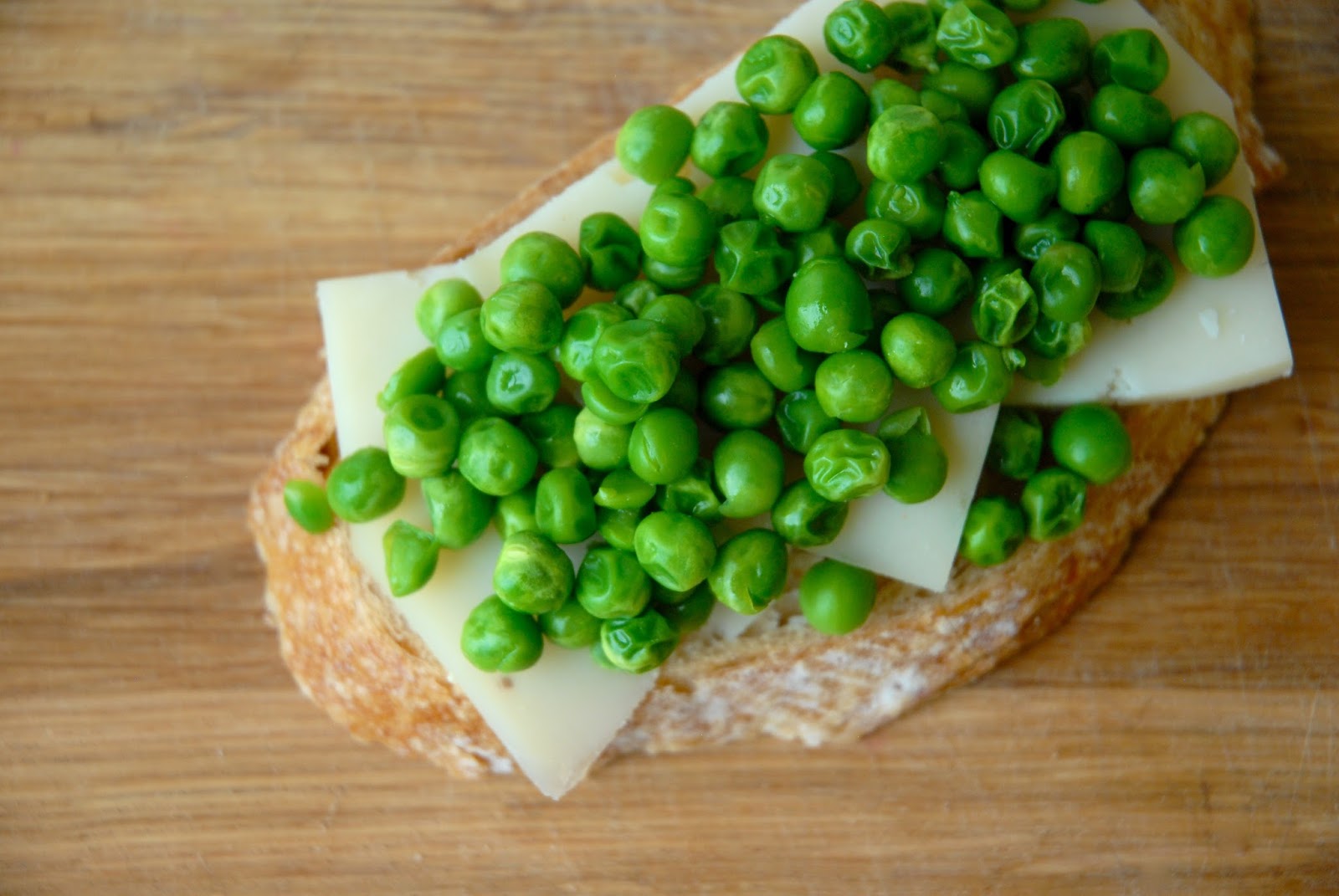 Add some more tomme and the top piece of bread. If a few little peas fall out, no sweat – keep going! Once that cheese melts, they’ll be stuck there FOREVER. 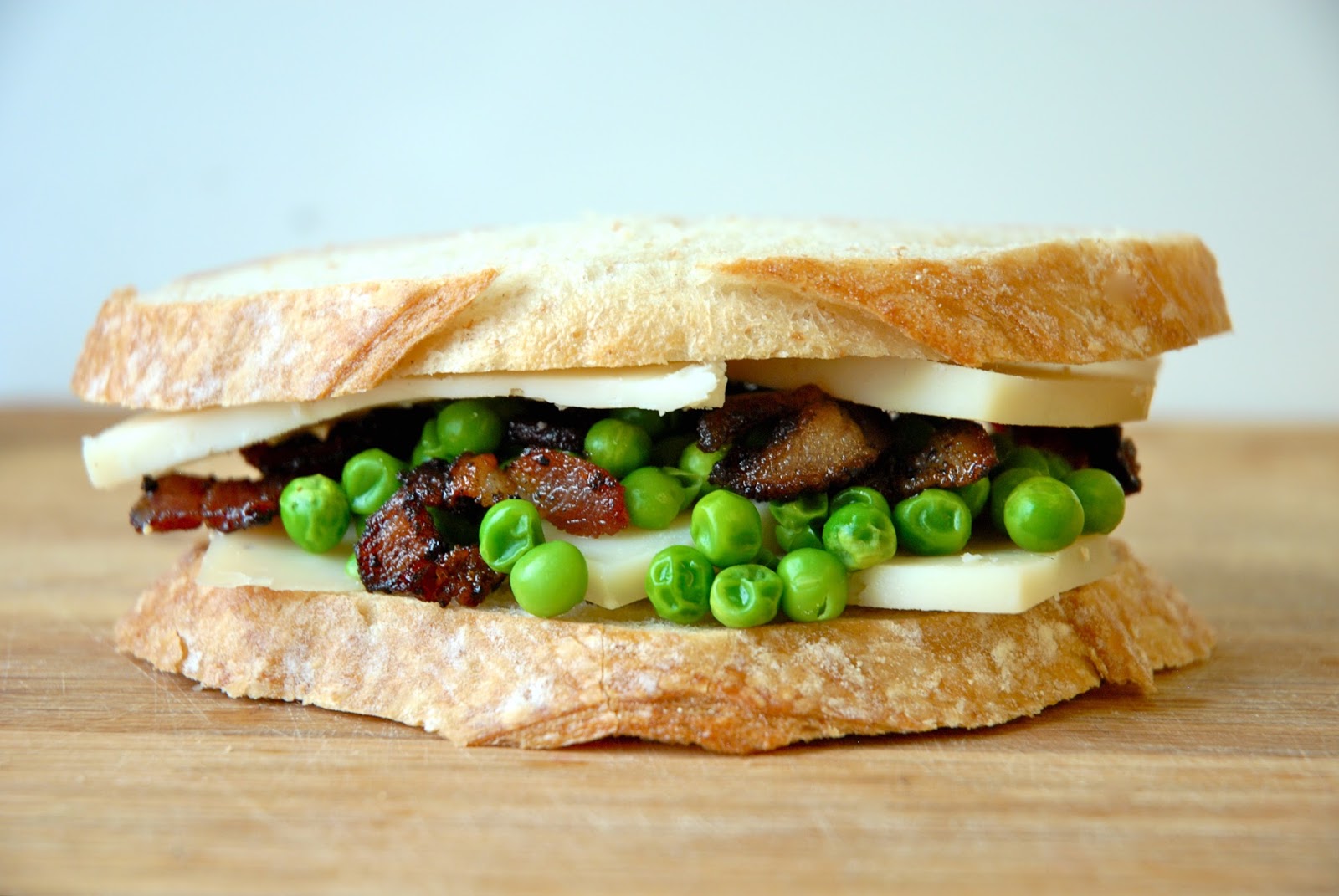 Butter that baby up, place your grilled cheese in a frying pan, and turn the heat to medium. I do this so the whole entire sandwich can warm up with the pan. It makes the cheese melt perfectly. Trust me, perfecting the grilled cheese is all I do at this point. 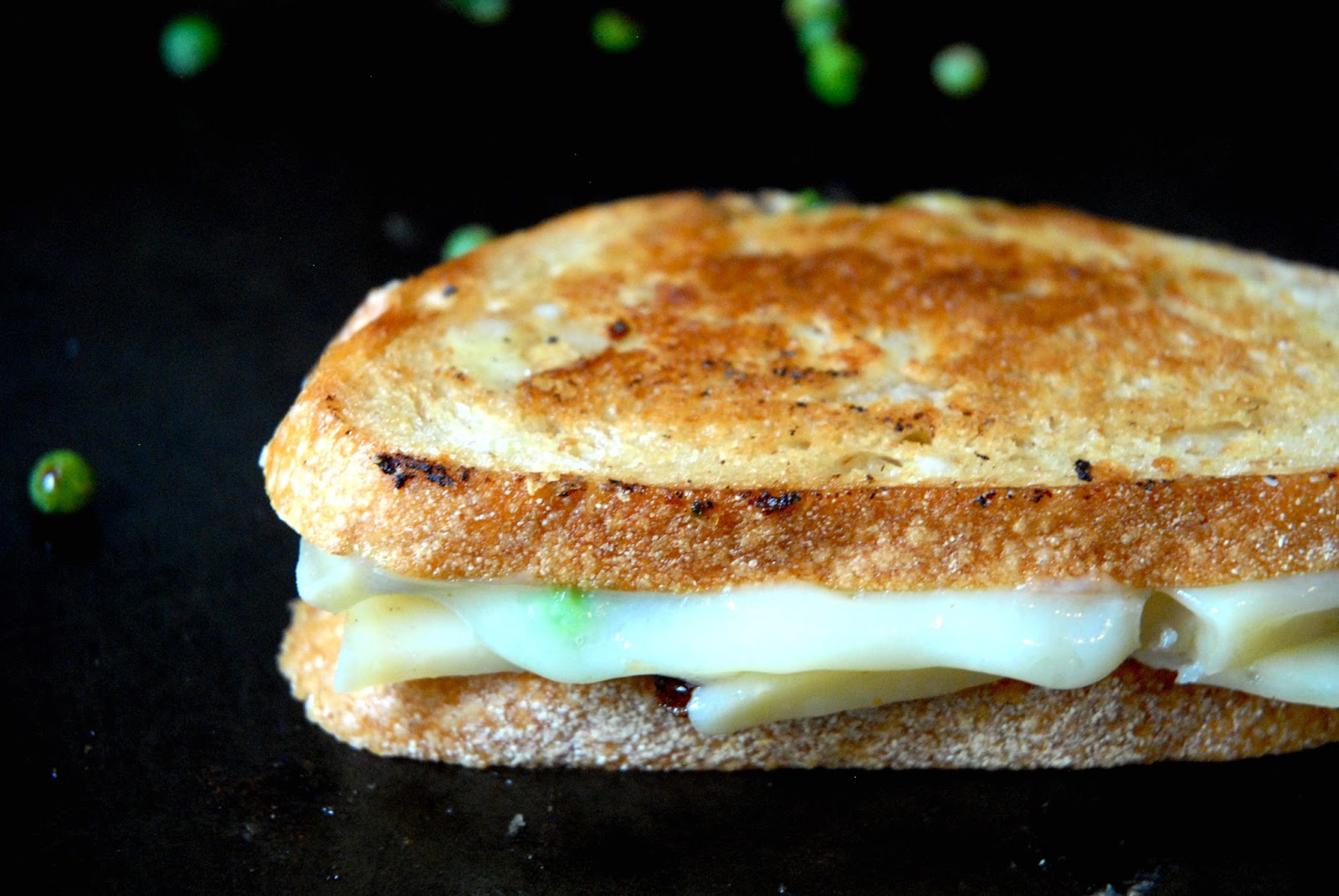 After a few minutes of cooking on each side, and once the cheese has melted perfectly, make sure to flip and repeat. Once it’s done, set it out for a sec so those peas get glued in there real good. You need this to happen for optimal eating. Because what’s life without optimal eating? 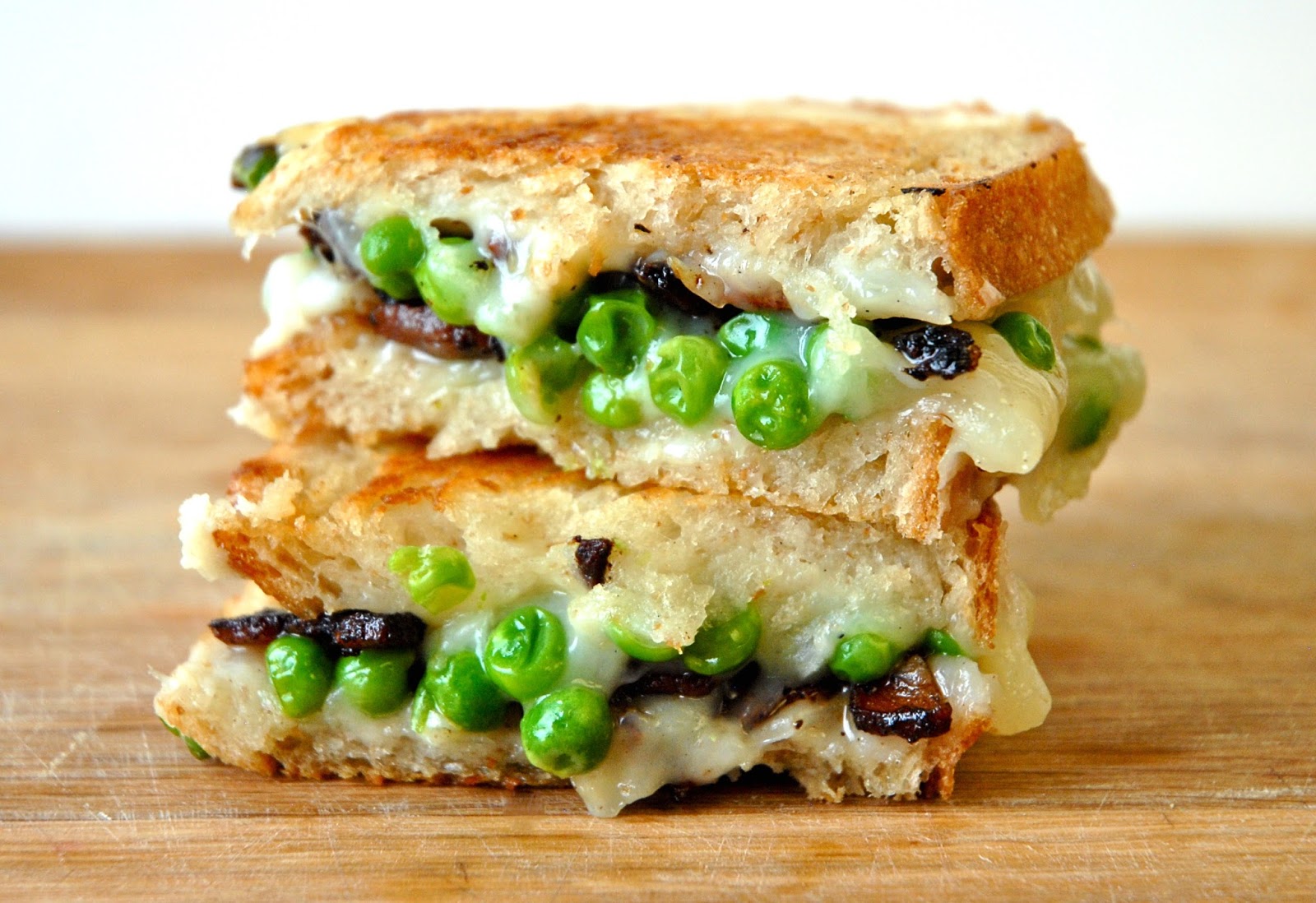 Ahhh, so y
es, SF rules, NY drools – at least for this week. My mind changes more than a mood ring on a 15 year old girl and that says a lot. Oh, I forgot here’s that video if you didn’t click the link above 😀 FUNNN!!