This goat cheese cheese grilled cheese is loaded with tangy goat cheese, scrambled eggs and pesto. It's fresh, light, and full of flavor! In my opinion, it's the best way to start the day! 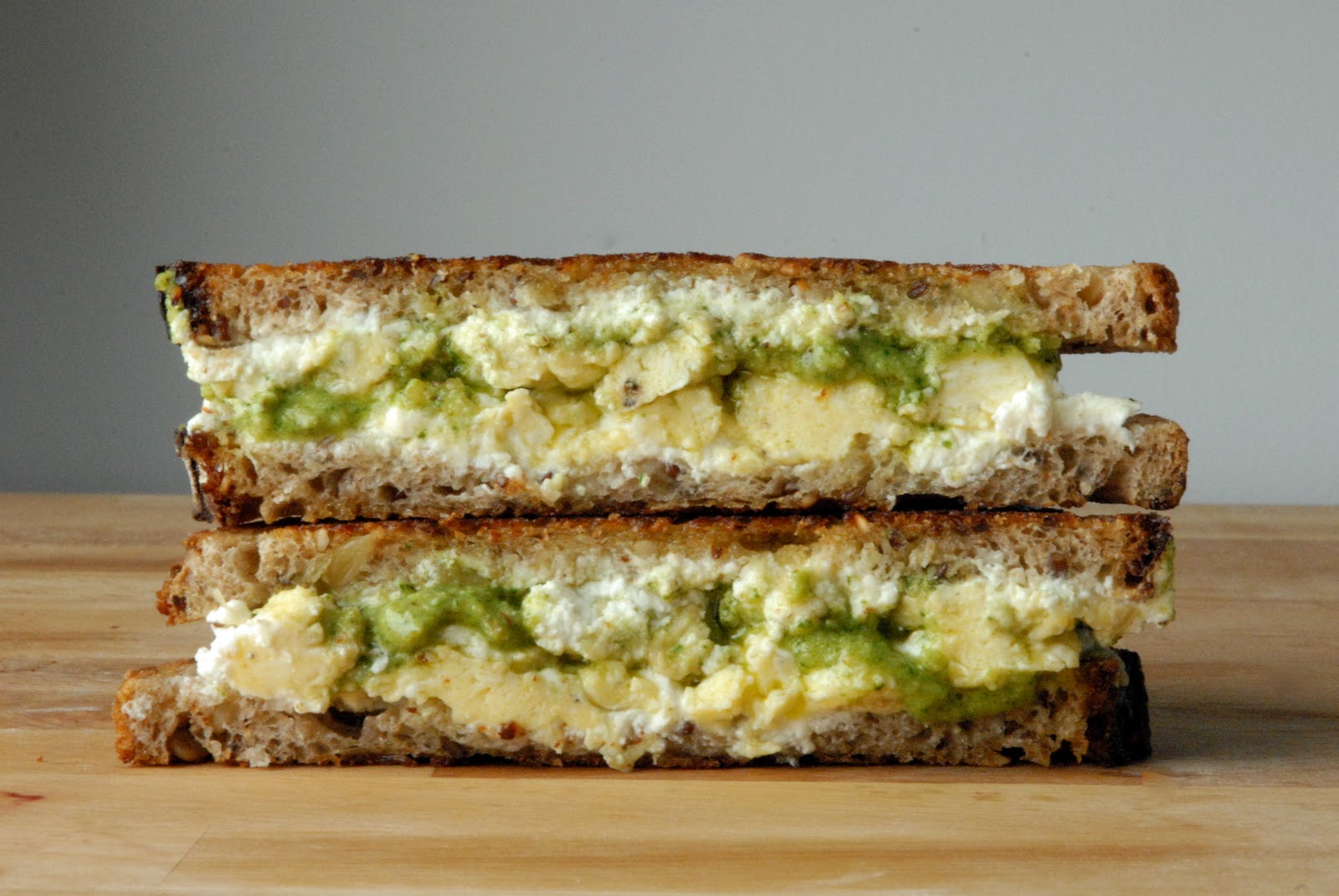 I think I figured it out guys. I need to date a butcher. A big strong, burly butcher with some seriously hot meat-hacking abilities. Ok, now I know that it might seem a little gross and/or extremely weird, but let me tell you what I mean.
After seeing Tom Mylan, my fav celebrity butcher (and yes that's a thing), and about twenty other hot, beefy men (pun intended) from various meat shops around NYC compete against each other at Roberta's 2nd Annual Beerfest, I think I found what all the extremely tall, handsome, and manly men do...and that just so happens to be slaying meat for a living!
So at this party, I might have gotten a little too intoxicated off of my new romantic endeavor the 12 bud heavies that I drank, and I woke up with quite the heartache that none of them even talked to me headache. I needed a hangover meal; something greasy, but at the same time, something bright and full of nutrients to perk me up.
And you probably guessed it, but a grilled cheese was what came to mind. With arugula pesto, scrambled eggs, and some tangy goat cheese, all grilled between two buttery pieces of multigrain bread, it sounded just about perfect. And it was. Even though there was no hot butcher to share it with. He probably could have even contributed some local bacon or something. Frick. 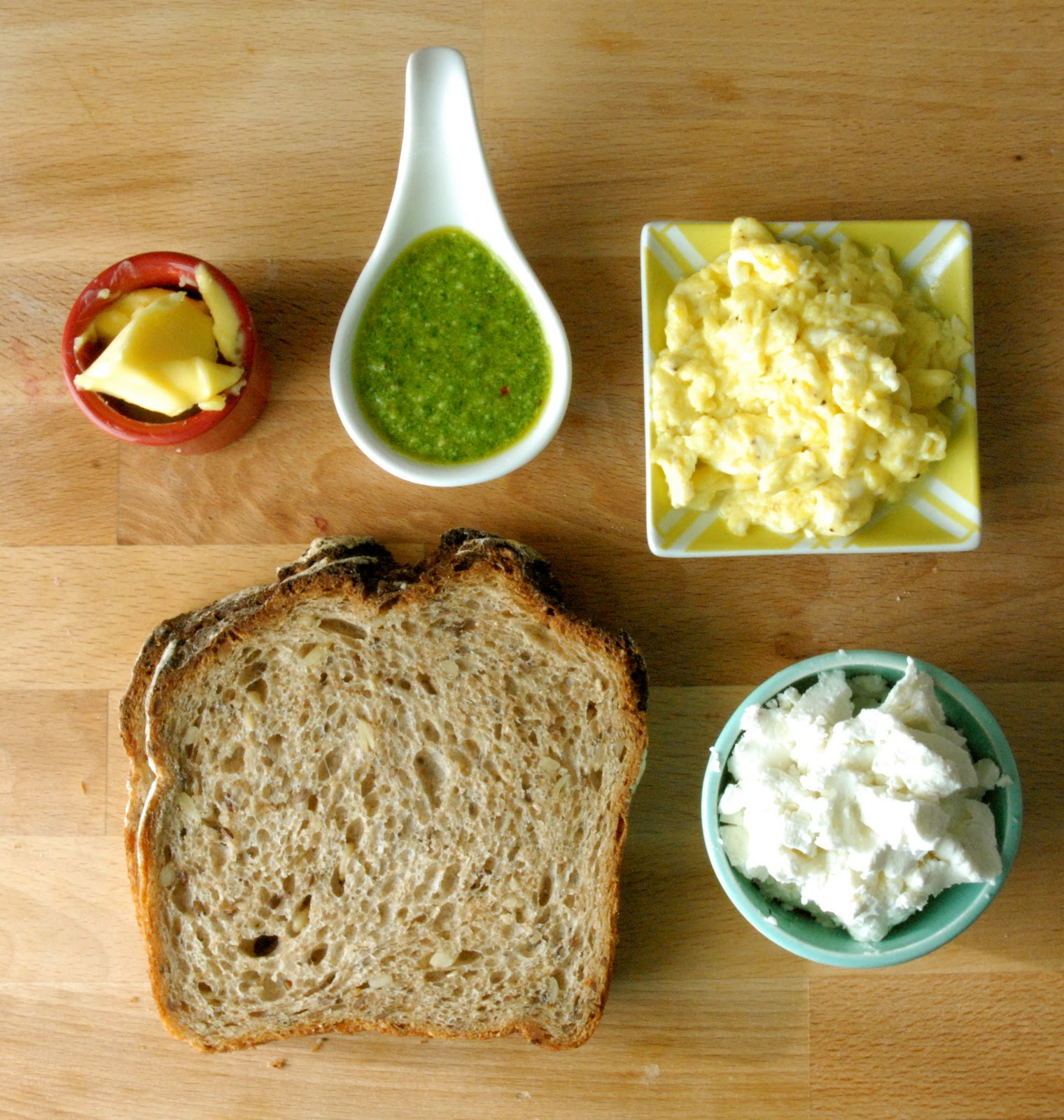 How to make this Goat Cheese Grilled Cheese

To begin, roll out of bed. Don't brush your teeth. Grab ingredients out of fridge and sprinkle half of the crumbled goat cheese onto one slice of bread.

I used a nice Capricho De Cabra from Spain. It's a super tangy, lemony, fresh goats milk cheese that melts really nicely without getting all gritty and gross like some do. Totes recommend it and probably eat too much of it, but that's another story. 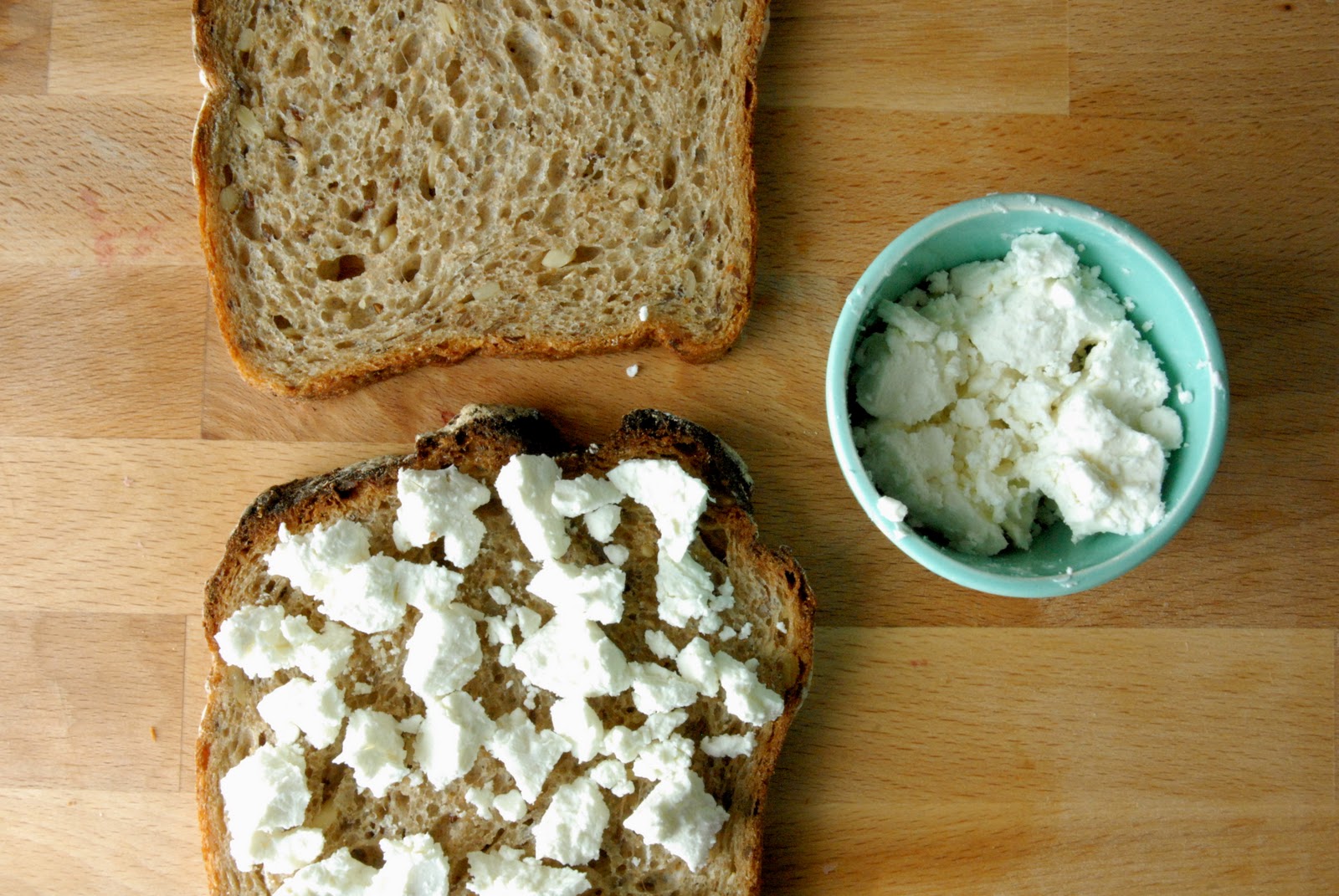 Next you'll want to scramble one egg up, really quick, and add it right on top of that goat cheese-d up bread. Use fresh eggs if you've got them. 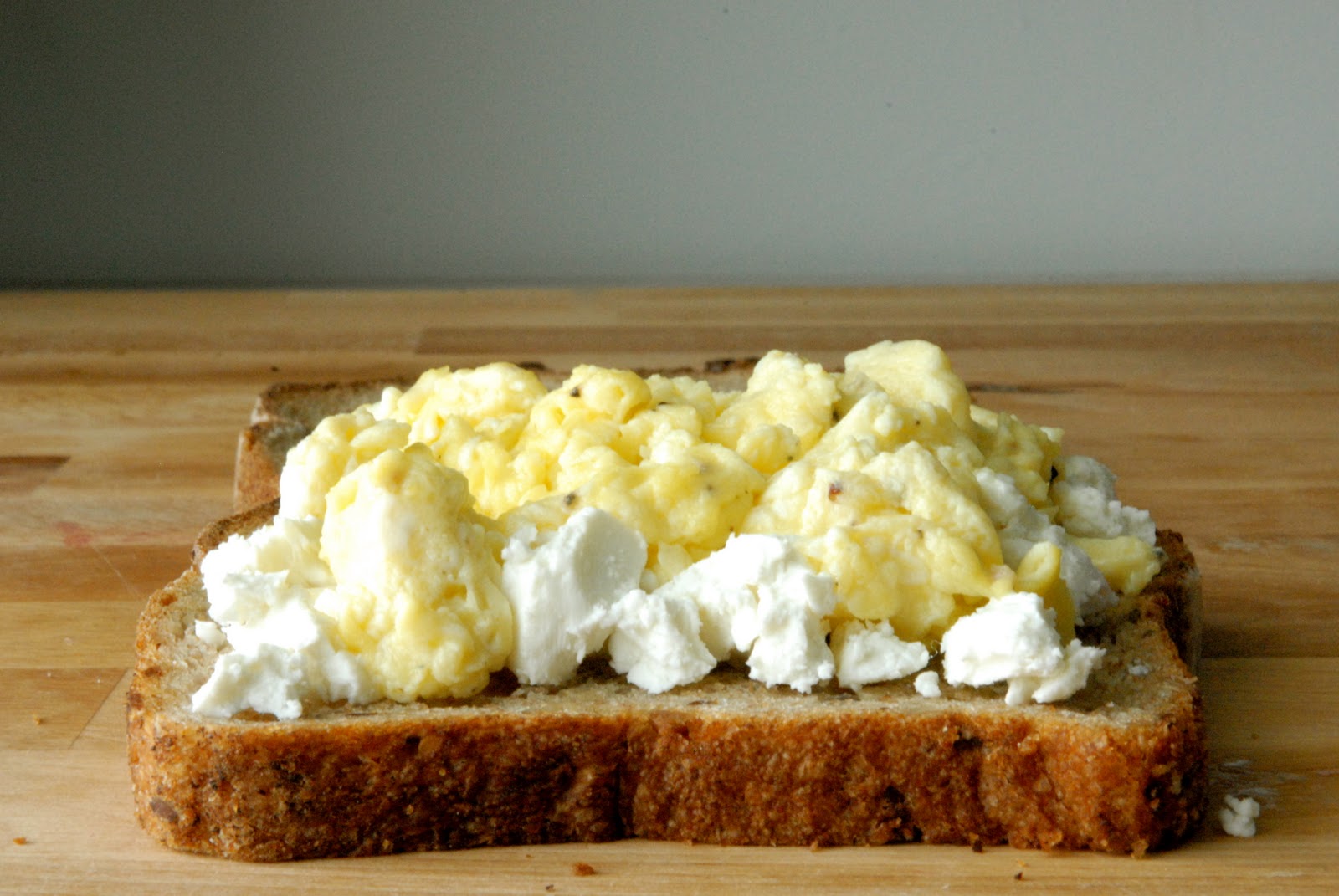 And add some of that arugula pesto.

I wouldn't recommend making it when you're hungover because the sound of the food processes made me want to kill myself. Maybe make it before the weekend happens so you can act like a pro when/if you've got a certain someone to entertain one morning.*

*I am not implying that anyone is a slut here, ok? 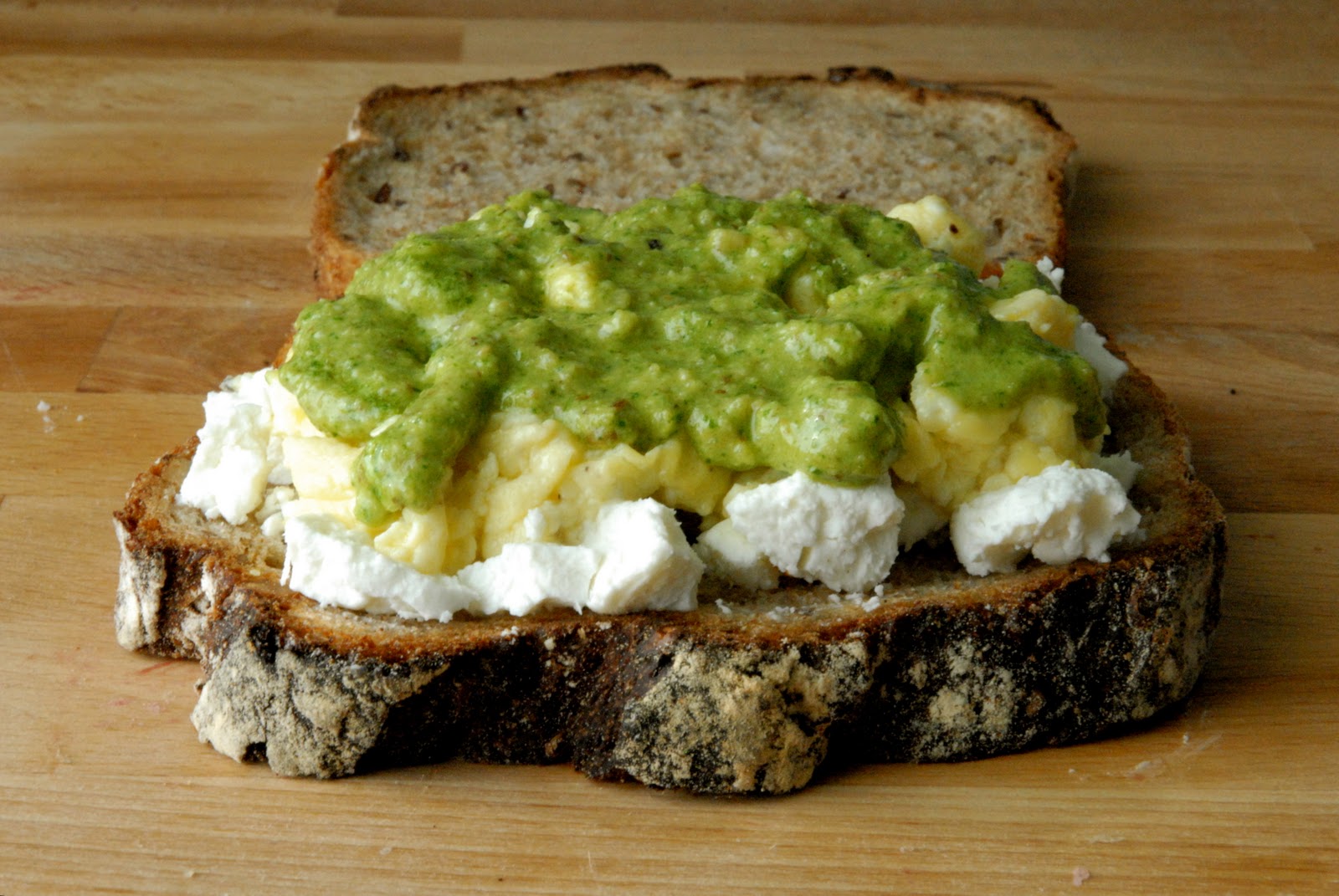 Then sprinkle on the remaining goat cheese and nibble on whatever's left over. You can even lick your fingers. I won't tell. I might have even done it myself, I was pretty bummed out that next morning. 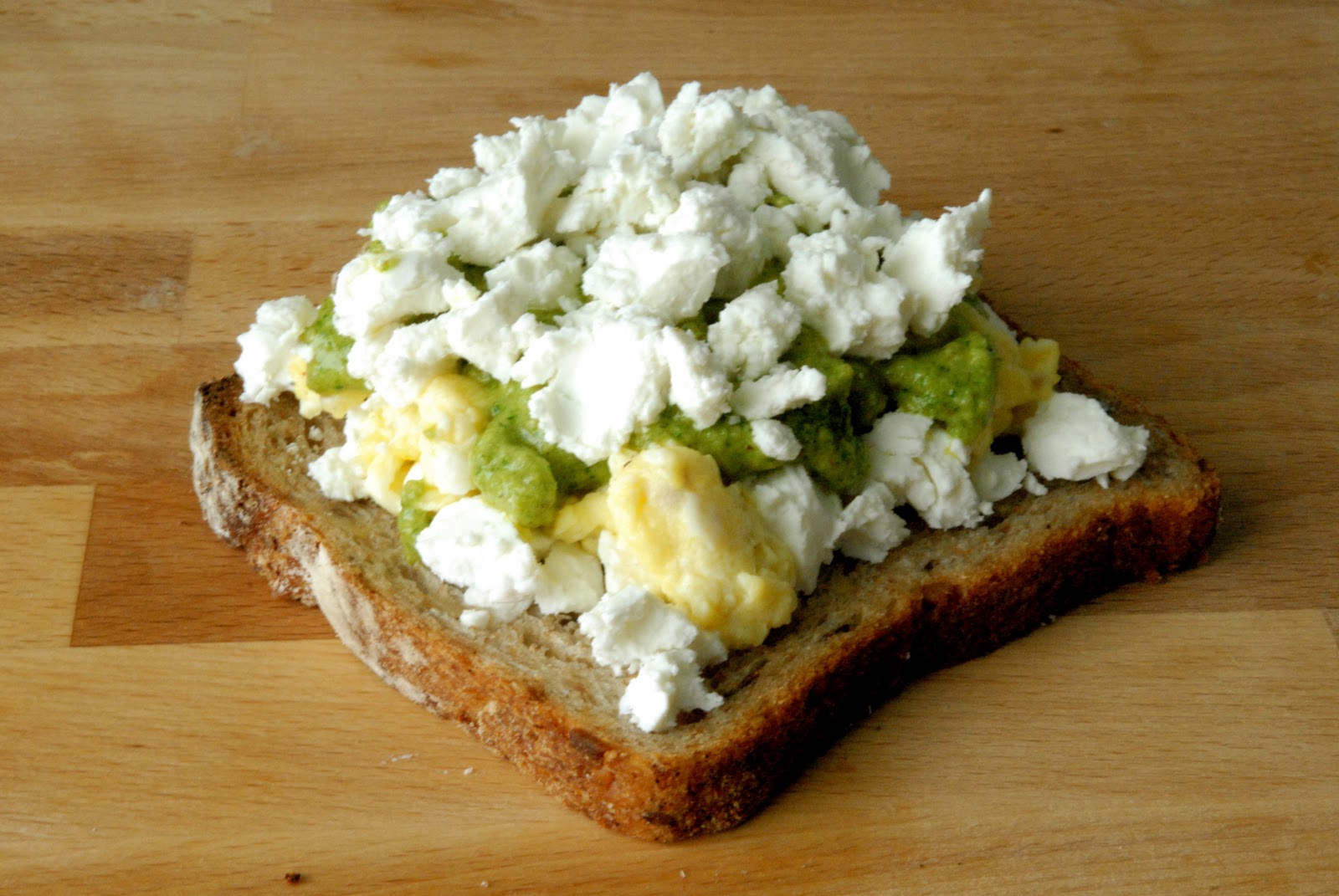 Place the top piece of bread on top along with a smear of butter. Don't lick the remaing butter, that's gross! 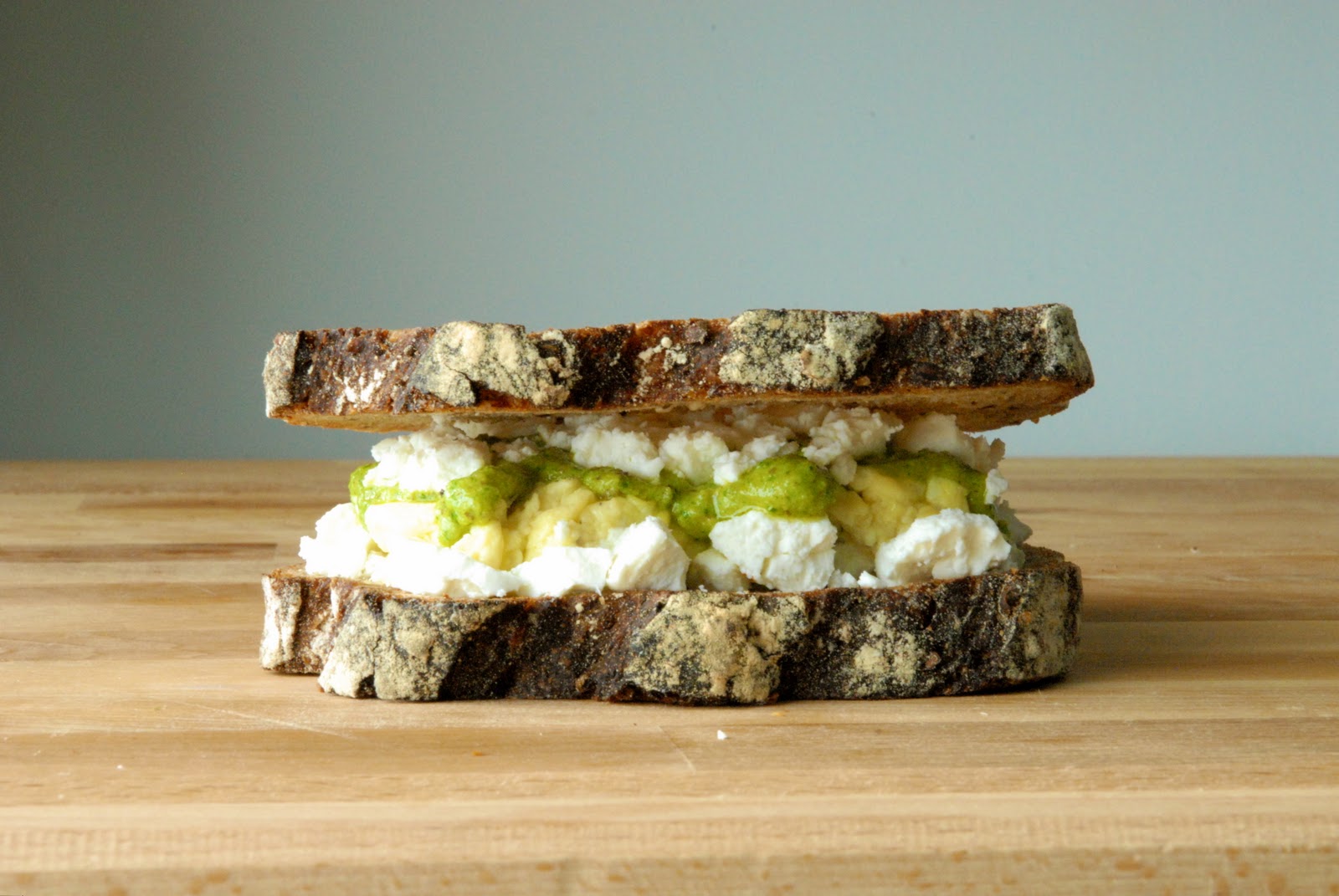 Turn your stove top to medium high and place this cure-all sandwich, butter-side down, into the pan. Add a dollop of butter to the other side and let it cook for about 4 minutes until it starts to get brown and toasty. 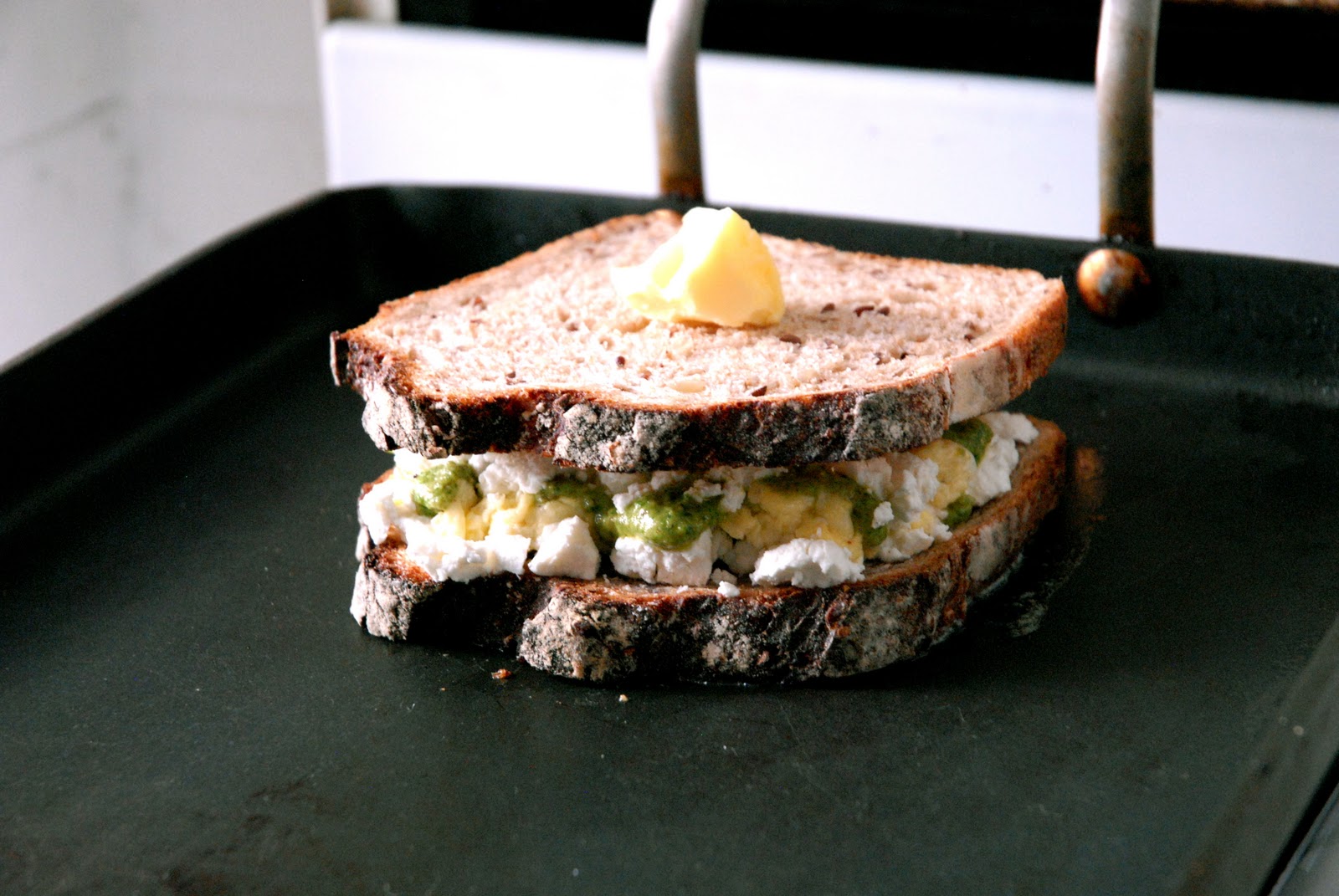 When it looks good enough on one side, flip it and repeat. The goat cheese melts super quickly so it's not really about waiting for the cheese to melt, it's more about waiting to get a nice crust on your bread. 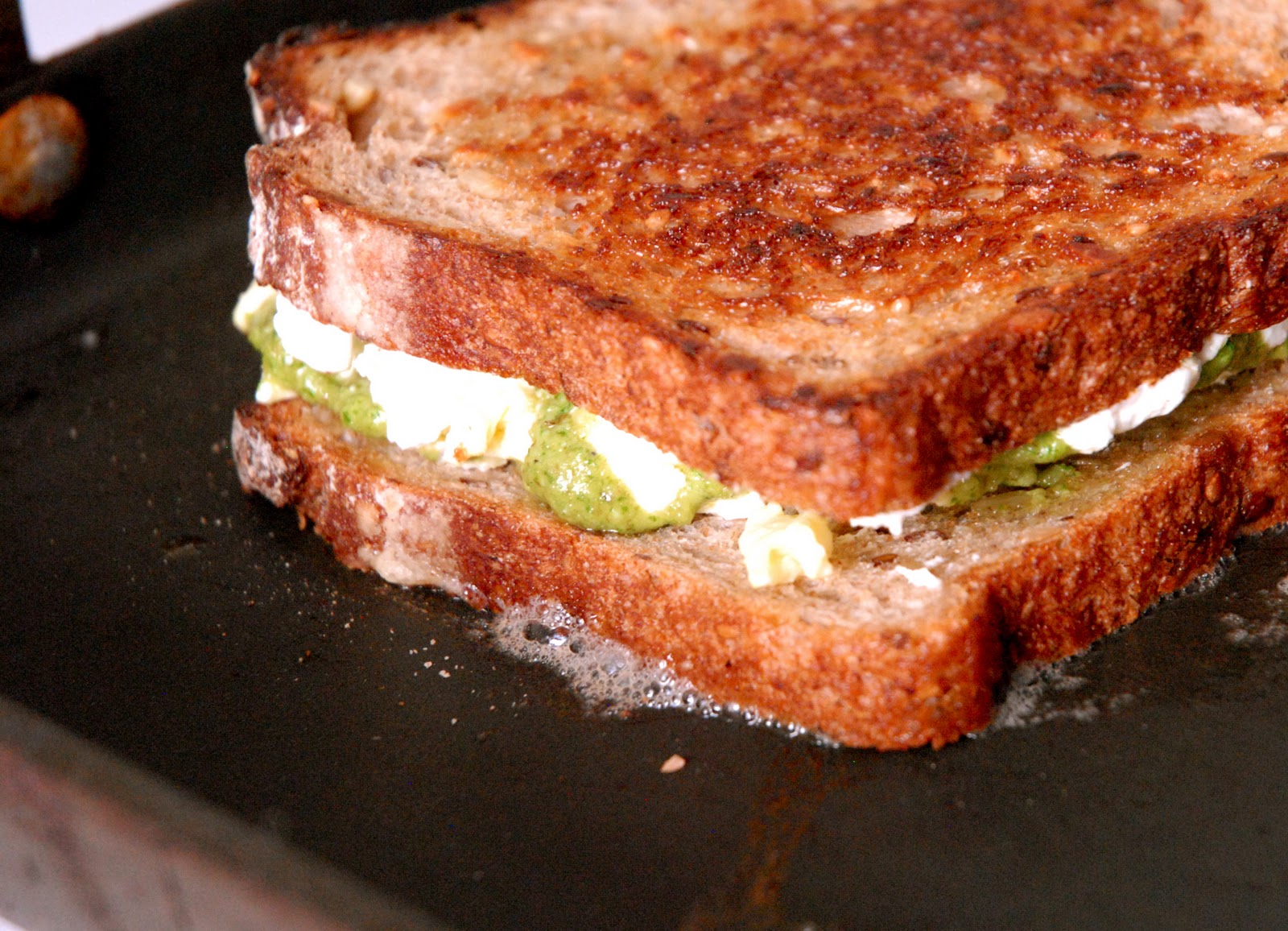 After it's toasted on both sides, take it out of the pan, let it cool for a hot sec, and chow down. 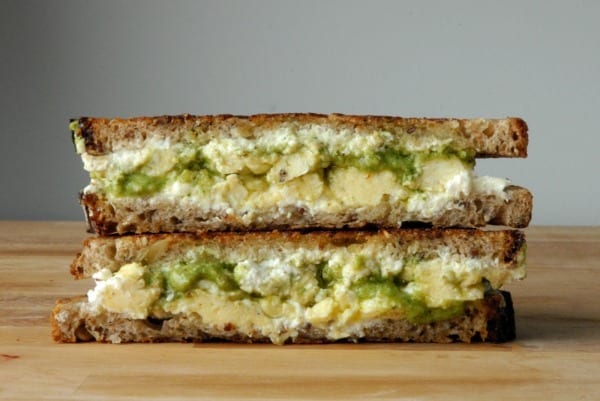 So now that you probably know a little too much of what goes on in my head these days, at least you have the prospect of a new sandwich to keep you coming back to my blog.

Pair with a strong bloody mary, a couple advils, and some dark sunglasses and you'll be set. Until next time my darlings... 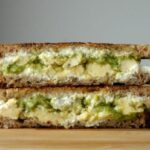