You are here: Home / Recipes / Grilled Cheese Recipes / Ellie Green Bean – Camembert Grilled Cheese with Shiitakes and Green Beans
I’m seriously having puppy withdraws. My dog Ollie, the super fat dachshund, is a wimp and hates the cold so he’s staying with my parents at the beach. Because of this, I’m talking to strange dogs on the street and sneaking in tail grabs pets when the dogs’ owner walks by me. Let me just explain how weird things have gotten.

The other day I was at work and this guy came in with a brand new snow-white, blue-eyed puppy, named Elephant (OMG! think i OD’ed on cuteness). He tied him outside of the store and I heard him whimpering so I ran out to get some pets and possibly score a puppy kiss (just a lick, but I call them puppy kisses). Anyways, I instantly fell in love with him and was kneeling on the ground while he was jumping up and trying to lick my face. When he did this, I went in for a hug and I accidentally touched my bright red MAC-glossed lips on his white furry side. I retracted my hug and saw the gigantic crimson streak and tried to rub it out. Whelp, that mac lipstick that I’m in love with, well yeah, it’s great because it’s a stain. I STAINED A STRANGER’S DOG! I had to walk in and tell the owner that I kissed their dog and now it’s stained red. The poor dog’s red abdomin couldn’t be anymore red than my poor, blushing face. Needless to say, I was super embarrassed but at least I was honest. I’m sure he totally thought I was a freak.

But anyway, this blush-worthy story has absolutely nothing to do with this Thanksgiving green bean casserole-inspired grilled cheese, but I thought I should share because it was absolutely ridic. 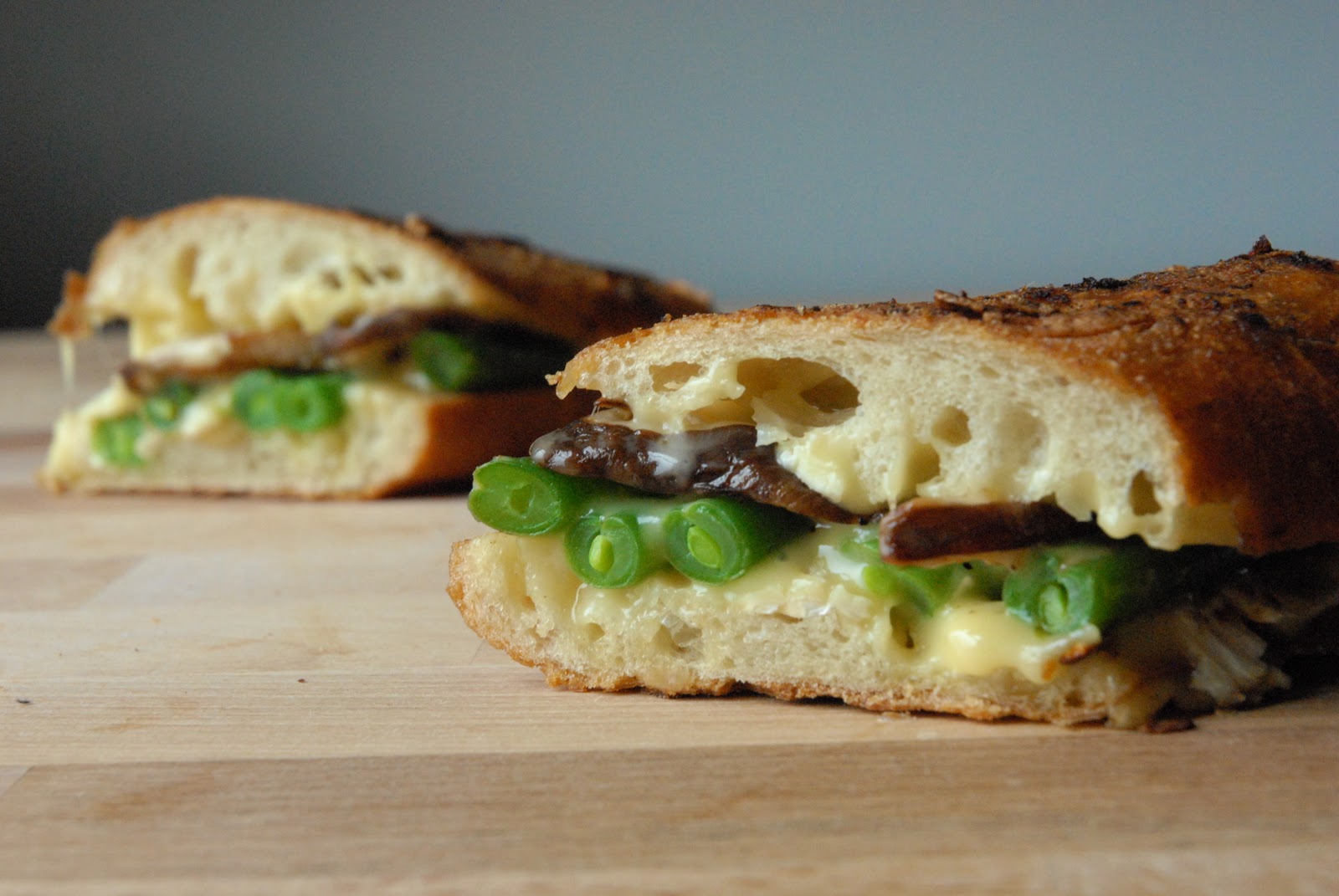 Inspired by one of the my favorite side dishes, this GC uses the following ingredients. 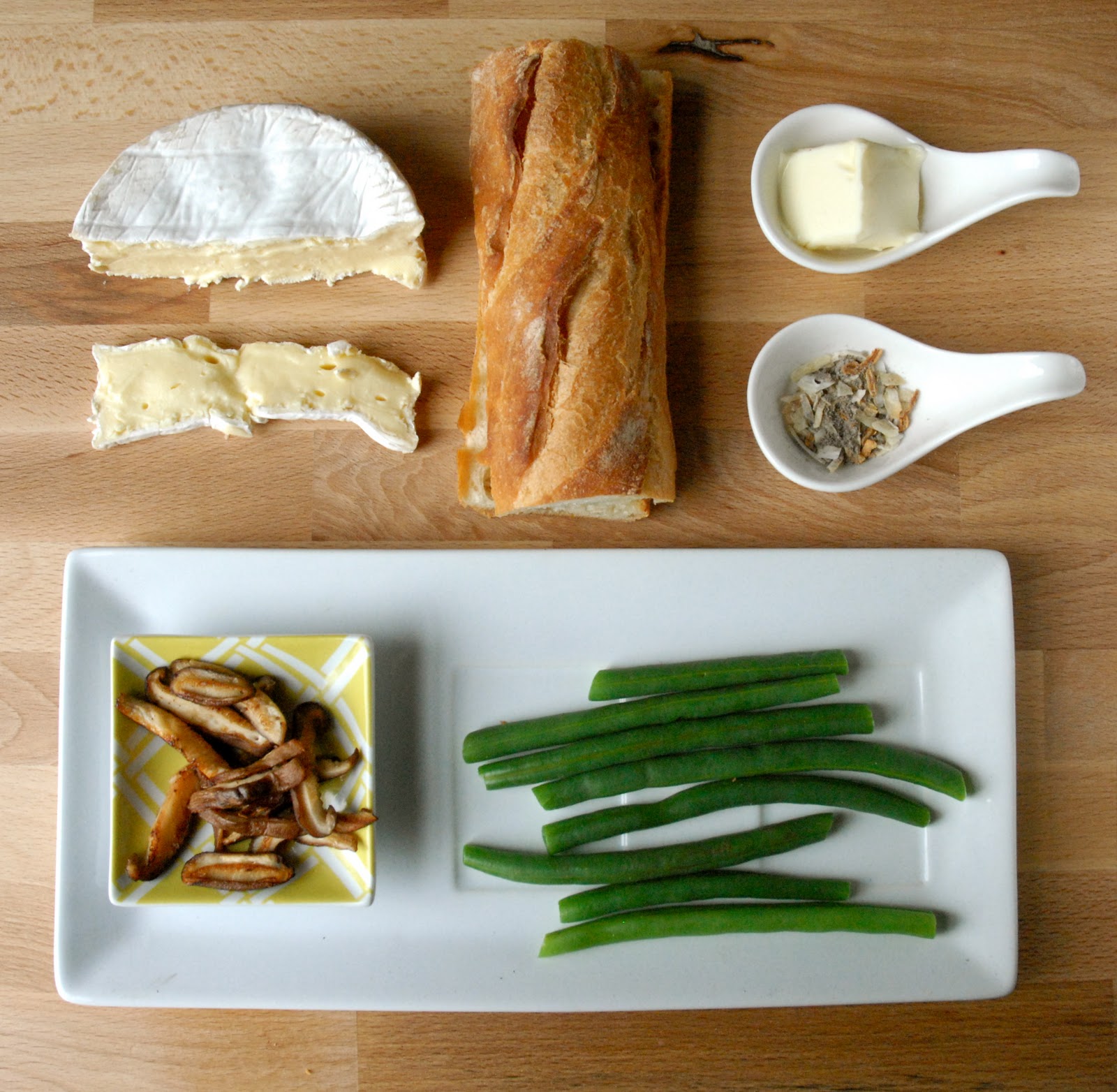 Camembert, a mild brie-like cheese that has an earthy mushroom taste is perfect for this GC because it sort of mimics the cream of mushroom soup that is so often found in green bean casserole. You’ll want to cut a few slices and basically just smush the camembert into both sides of your bread. 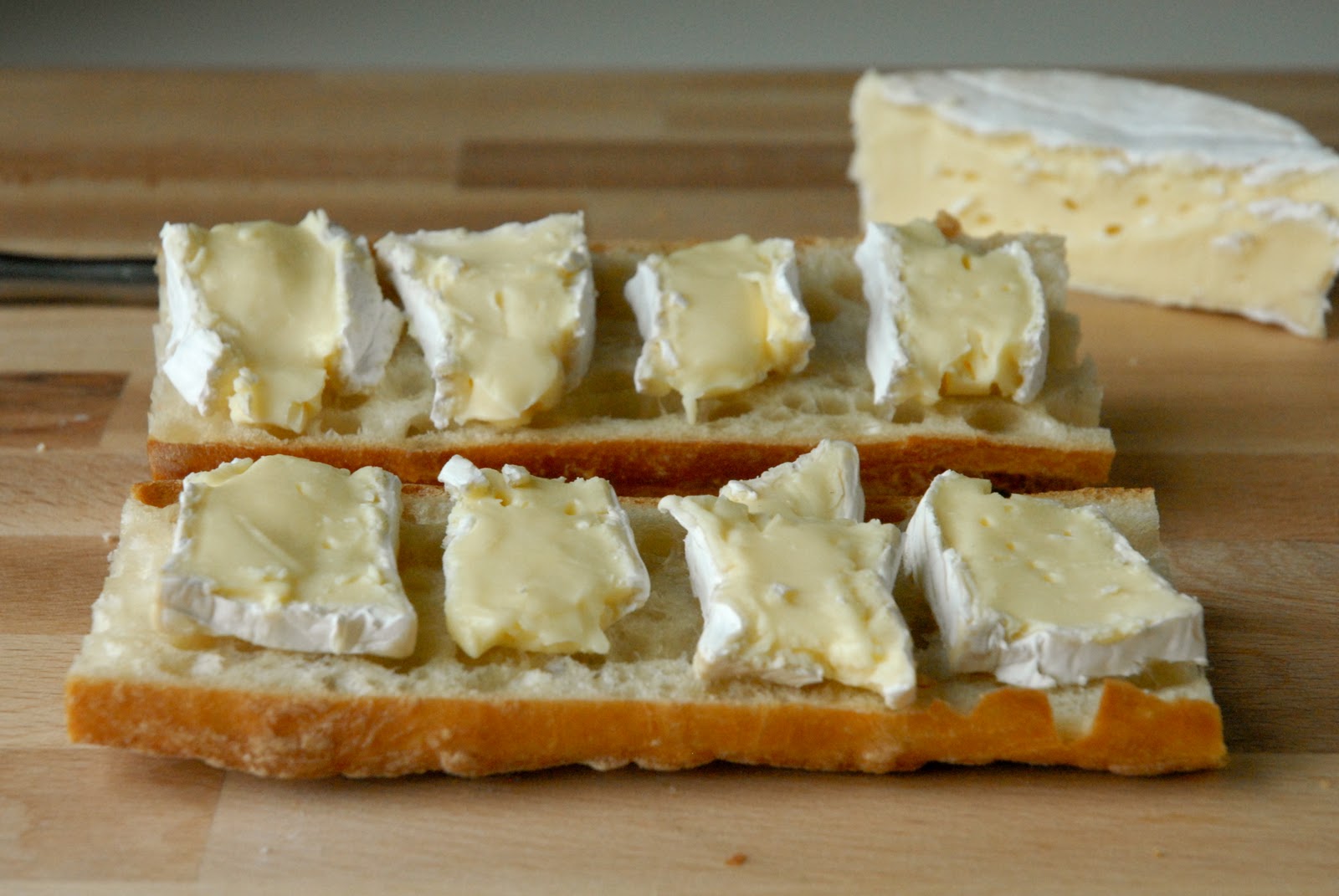 Then, gently press in some cooked green beans. If you have leftovers, totally use that, otherwise just trim ends and plunge the beans in boiling water for two minutes. Then strain and throw them in an ice cold bowl of water so that they stay nice and vibrant. No one wants some nasty old brown string beans. 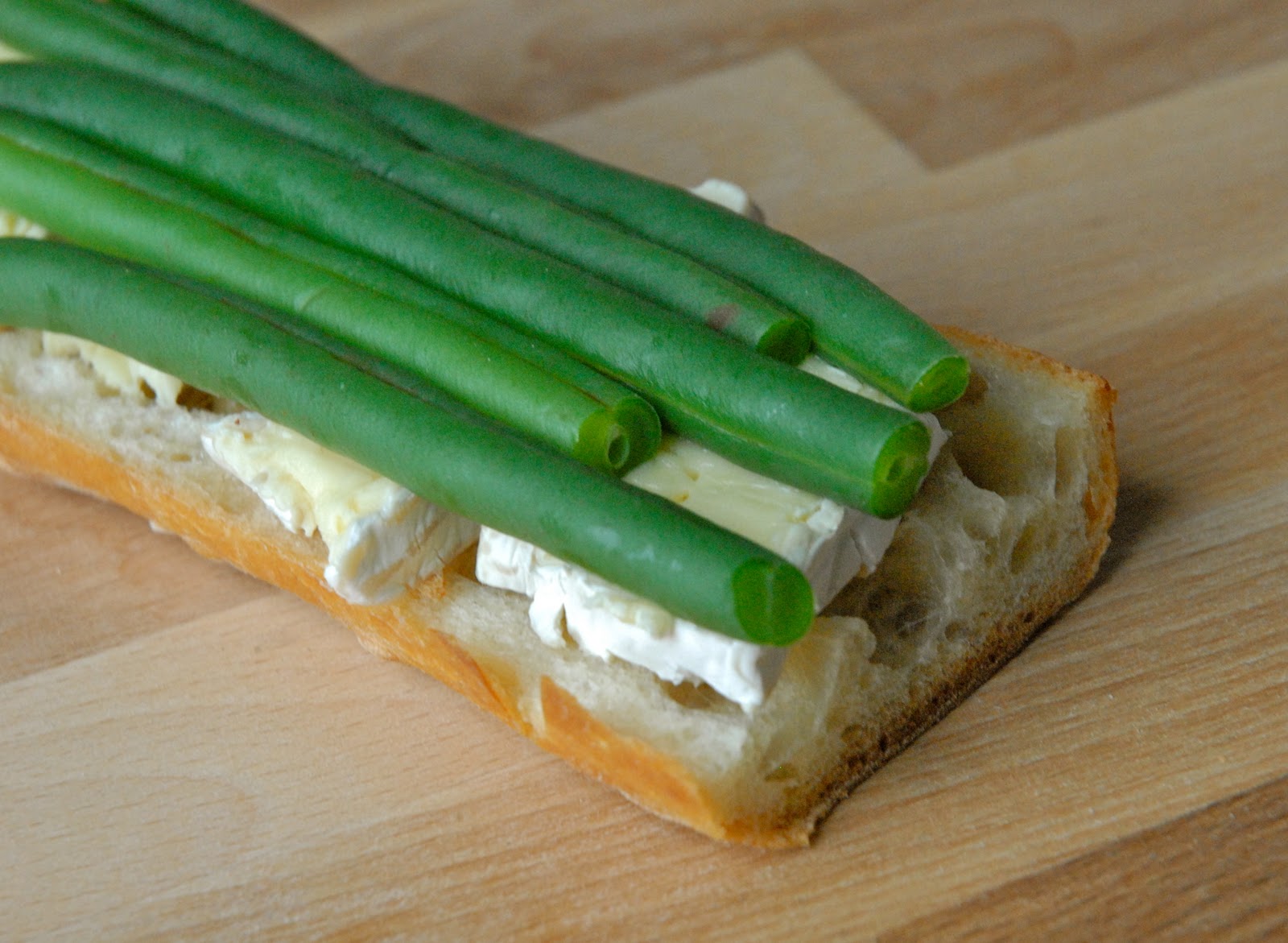 Next comes the mushrooms. For extra texture, I did a quick sauté using diced shiitakes and a little bit of butter. Quick, easy, and delicious. 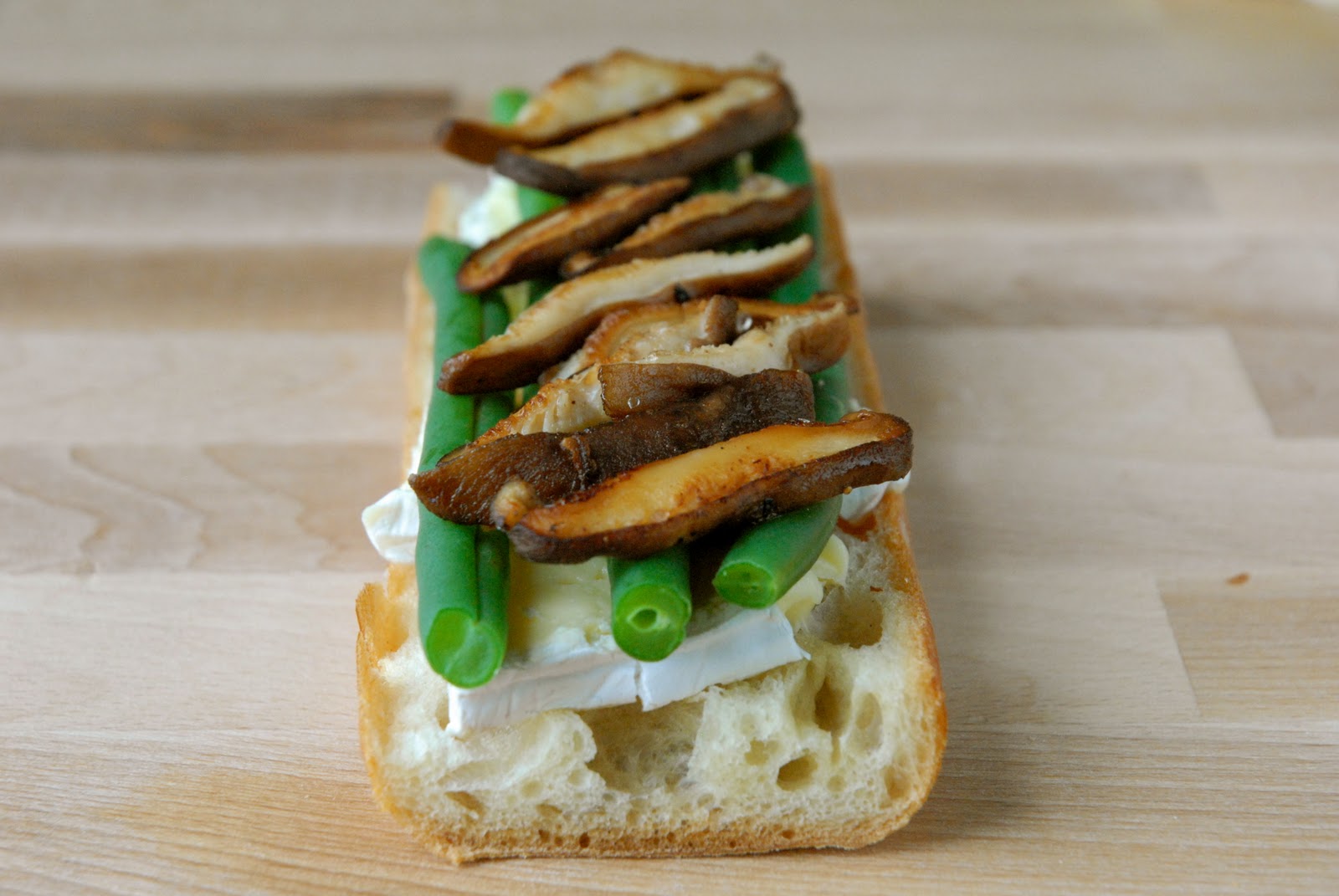 Then gently place your other piece of bread on top. The cheese that you smushed into the bread should stick so you won’t have to worry about trying to get it laid out evenly. 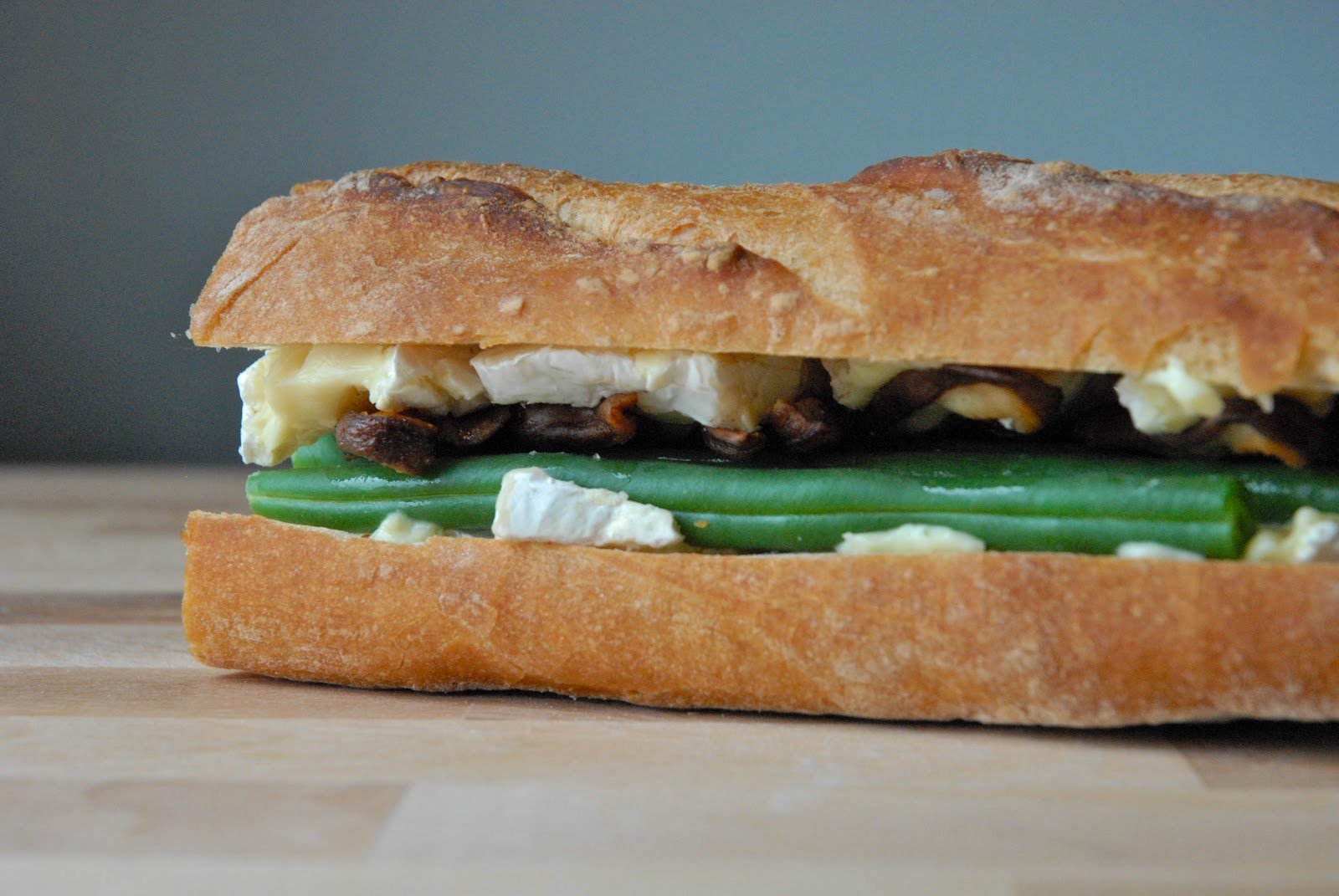 This is my favorite part! You know those packets of French Onion Seasoning that you use for like dips and baked chicken and stuff? Well I sprinkled some of that on top of my butter so it could be like the fried onion crust that’s obviously the best part of the casserole*. Do this on one side now, and then on the other once you have it cooking and are ready to flip.

*This was my best idea of the week, just so you know. 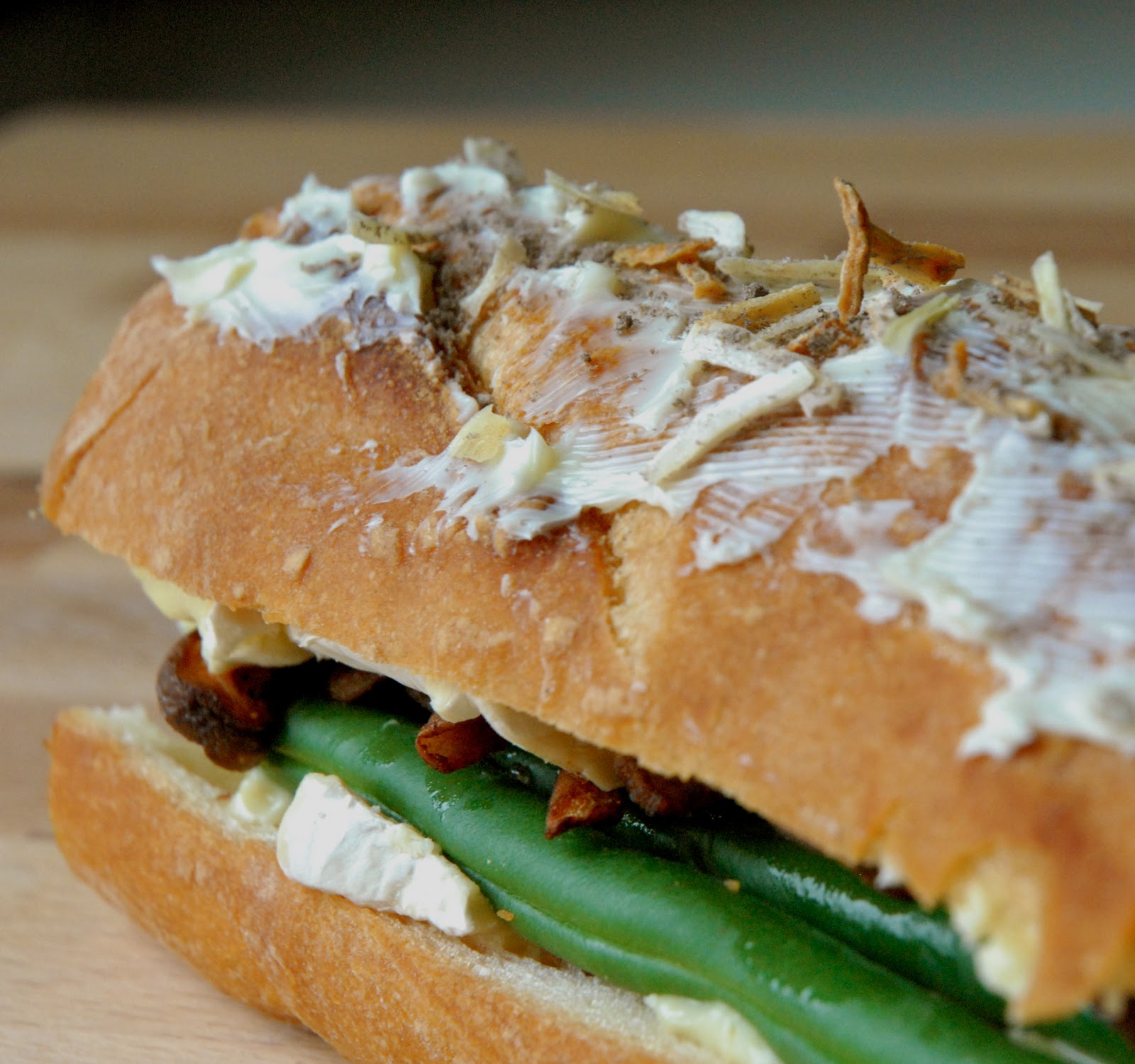 Once it’s built, turn your burner to medium and place GC straight into the pan. 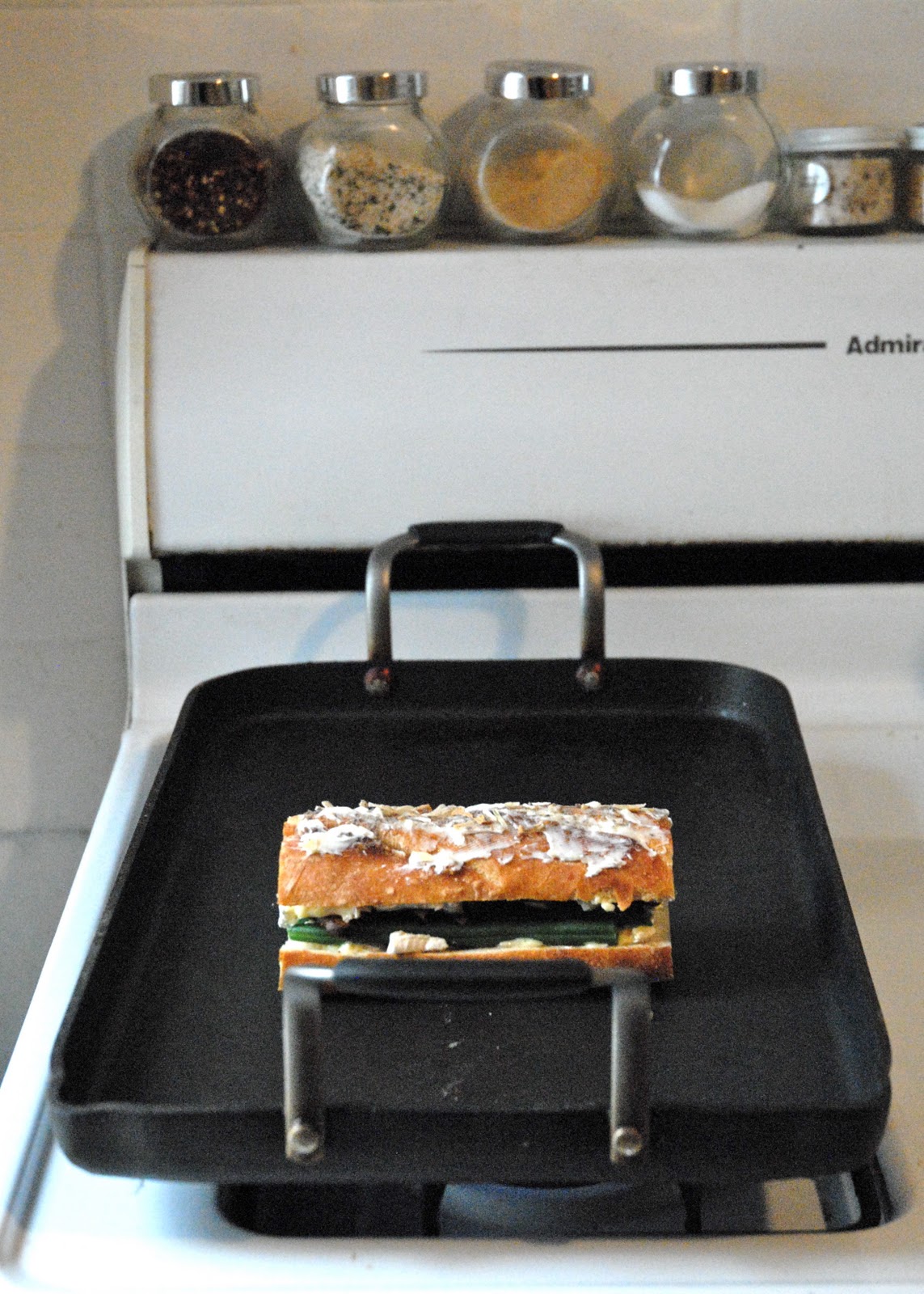 Place a weight on top of the grilled cheese so that the round part on the top will cook evenly when you flip it over. Let it grill until golden and crispy; about 4 minutes. 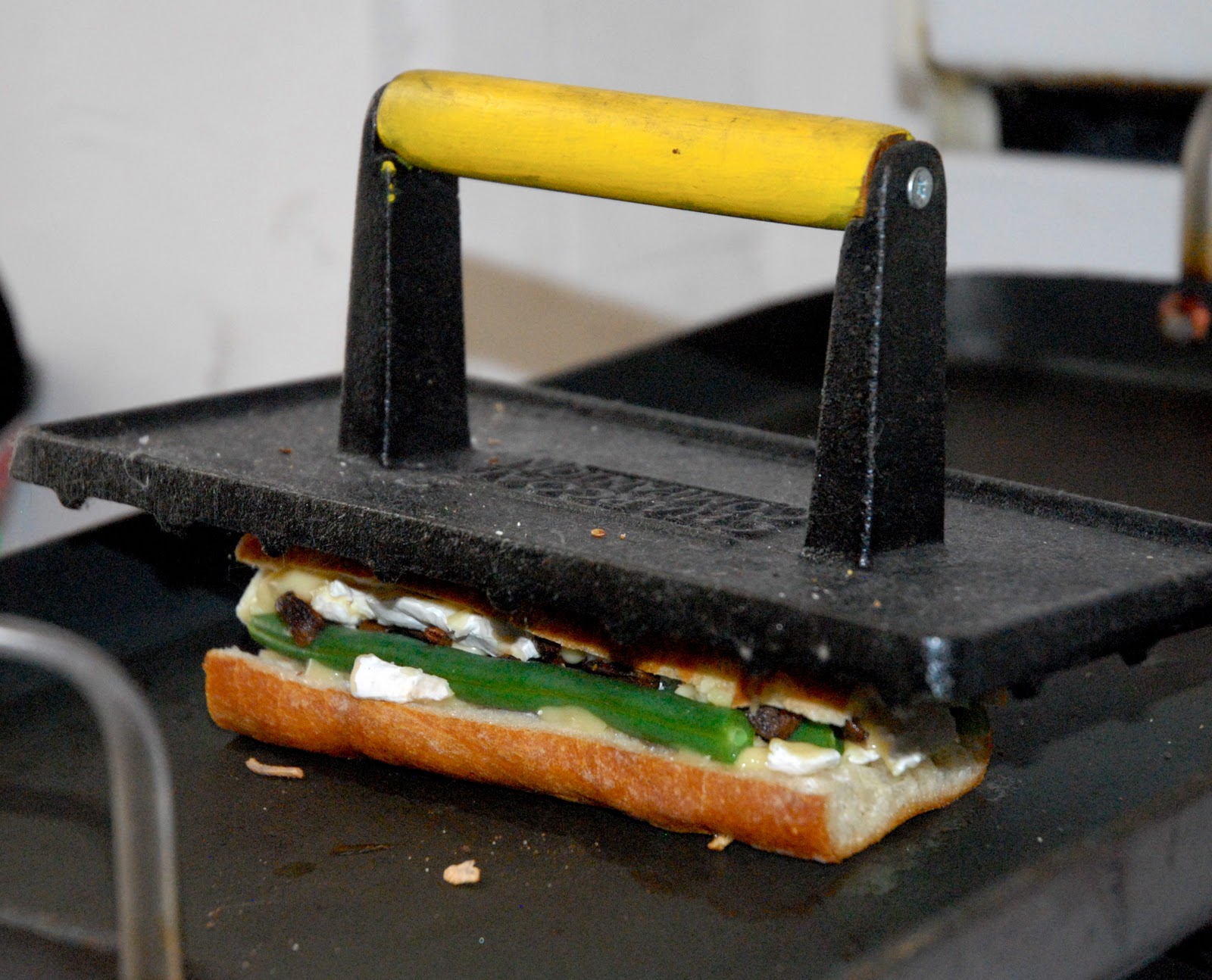 Because Camembert is ultra creamy and super silky, you’ll want to let it rest for a hot minute. Resist urges to bite in because you will burn your face off with hot molten cheese lava. Trust me, I might just be the world’s biggest klutz an expert on melted cheese oriented burns.

With Thanksgiving about to slap us all in the face and make us ten pounds heavier, I figured why not start the party early. And, if you take any message away from my aforementioned story, remember honesty is the best policy. I might have made a fool out of myself, but that guy might have been even more freaked
out if he didn’t know why his poor little pup had a giant red blood streak down its entire side.

Oh! And for my new beverage-of-choice pairing, I’d suggest a robust red Bourdeaux, which stands up nicely against bloomy rind cheeses like this and at the same time, enhances the earthy flavors from the mushrooms.