There's something special about this sandwich. My Meme used to make me one of these every time I  visited her. As soon as I'd walk in, she'd ask that magic question that never even needed an answer. "You hungry darlin'?" she'd say, and without waiting for a response, she'd rumble through the fridge and bring out her iconic ingredients: cheese, white bread, butter, and a tomato.

I know I didn't really mention it but when I went to visit Tallahassee last week, I also went to see my Grandma who has Alzheimer's and is living in an assisted living facility down there.

During college, I spent a lot of time with my Grandparents; from Sunday meals to running errands around town. But after my Poppy died during my sophomore year, I sort of became of my Meme's caretaker. It got hard after he passed. They had been married for almost 60 years, and it seemed as if her mind couldn't really deal with it. She began to forget things and the doctor told us that she was displaying early signs of Dementia. At first we laughed about her using sugar instead of salt in her tomato gravy and rice, but it got to the point where she needed some serious help and unfortunately, I was planning on moving to New York for grad school that same summer. The decision to leave was really hard, but luckily, I had my amazing uncle there to help as much as he could. After I left, the inevitable happened, the disease got a hold of her and was she diagnosed with Alz.

I'm not going to put on a front and say it was lovely and wonderful seeing her last week because it wasn't. It was really, really, really freaking hard. I mean, luckily, she still remembers all of us, but it's not the same. She's not really there and she knows it. It's tough seeing her like that. And because of it, I wanted to make a post to celebrate my Meme by commemorating her amazing hospitality and love. This little snack was something that she'd whip up, pop in the oven, and then forget about it for the next few minutes while she caught up with me. It was also perfect for times when I brought over my starving college friends, because she could fill a whole baking sheet and not have to tend to the frying pan like with traditional grilled cheese sandwiches. Honestly, she's the best, you'd love her...even when she gets a little sassy...and she does get a little sassy. 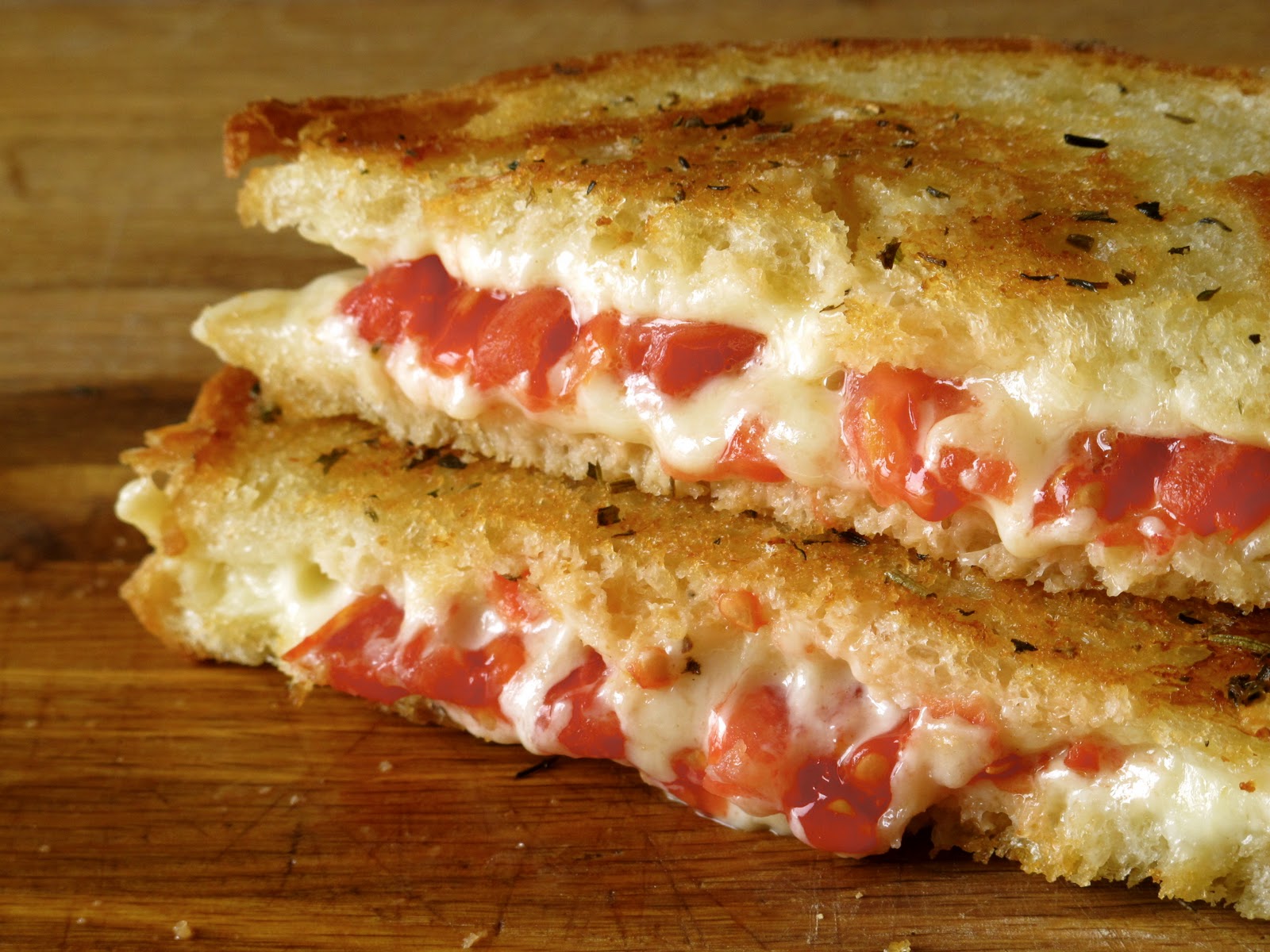 As I mentioned before, those iconic ingredients are: 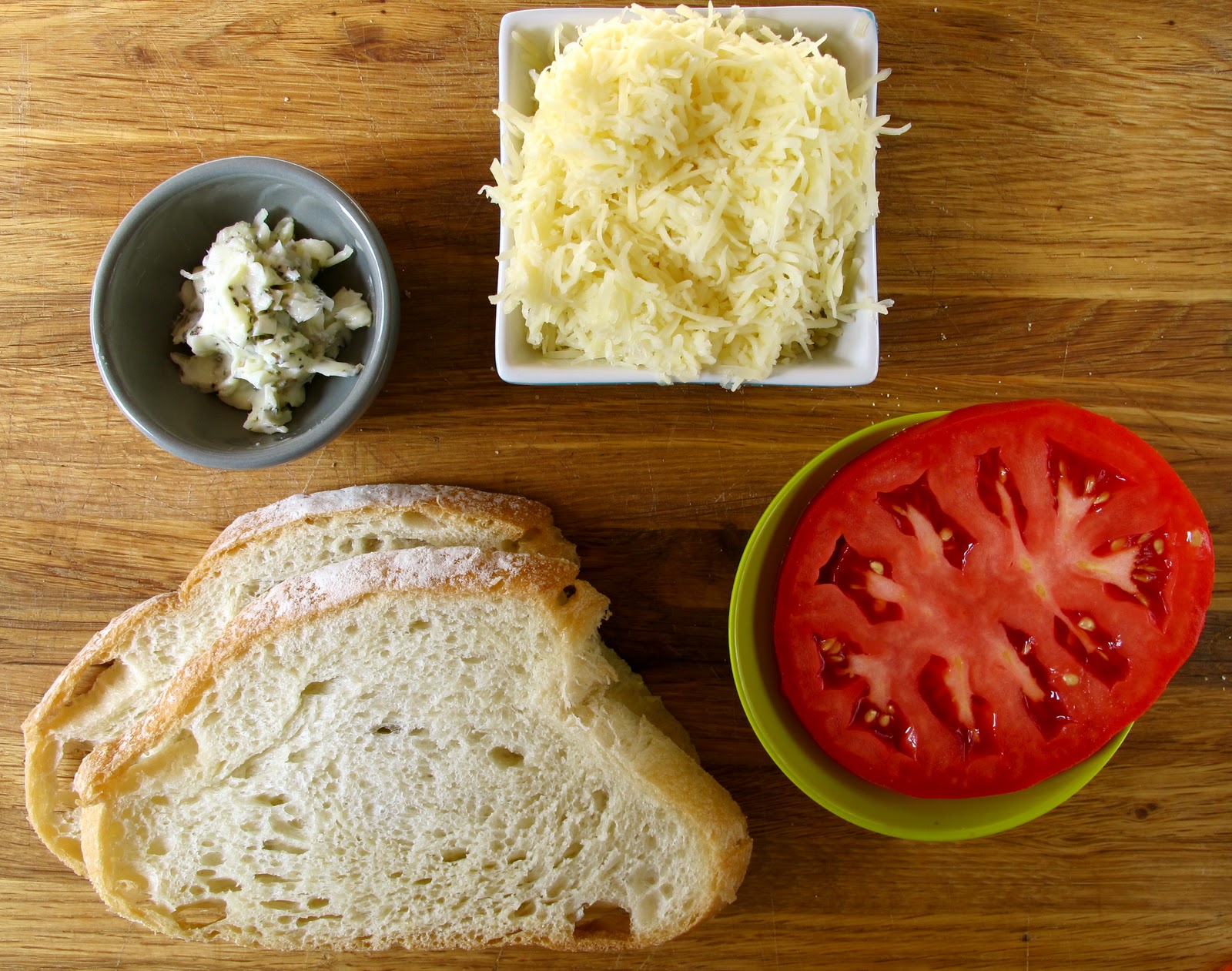 My entire family is obsessed with butter. I'm not kidding, not even a little bit.  I once saw teeth marks in a tub of I Can't Believe it's Not Butter. Who does that?? I still think it was my Dad but he'll never fess up.  But yeah, my mom always bought that kind because if we had the good stuff in our fridge, it would be devoured, along with every single piece of bread or cracker in the house. But before I gross you out any longer...

To begin, go ahead and butter your bread with some delicious herbed butter. Feel free to mix up with anything you'd like; garlic or thyme-infused butter would work wonderfully. 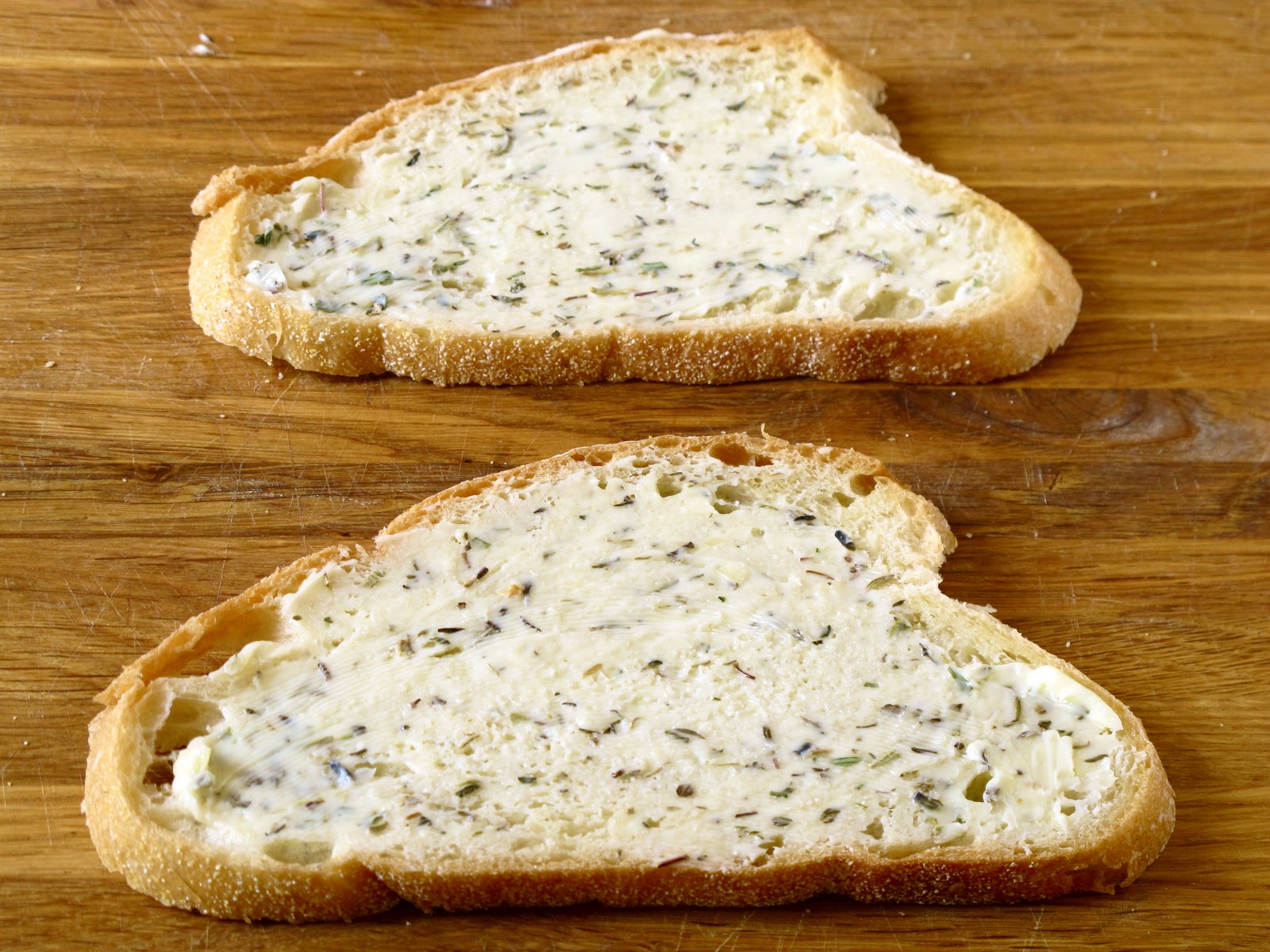 During the next step, you'll want to preheat your oven to 450°. Then put the bread, butter side down, onto a baking sheet. Then sprinkle it with fontina cheese. My Meme always used government cheese cheddar but I just did cheddar in last week's post so I wanted to switch it up. 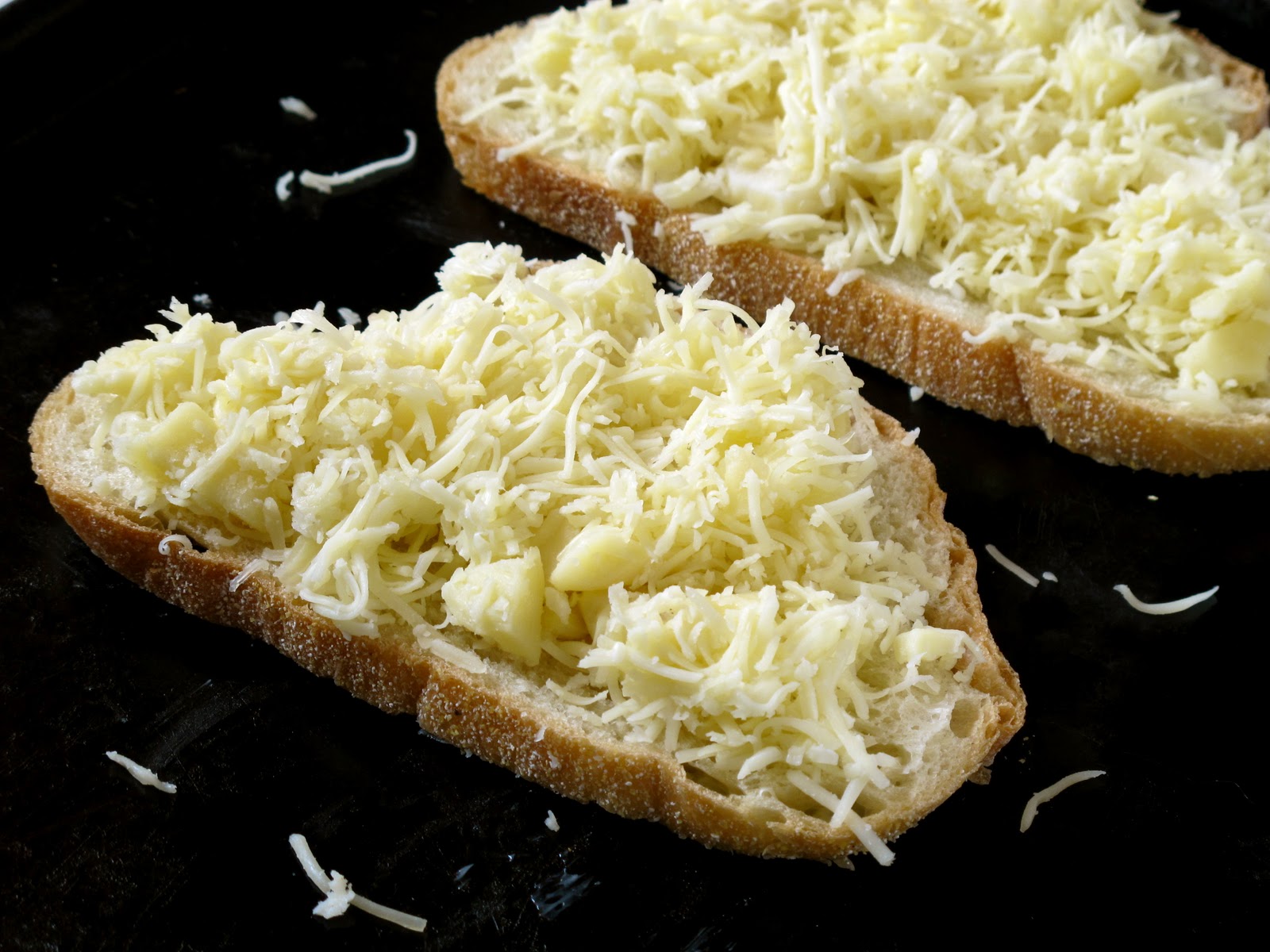 Next, you'll want a nice thick slice of tomato to lay down right in the middle of the sandwich. Sometimes Meme would salt and pepper it, but I never knew when to do that so I left it out. Whenever I tried , it would always come out too salty. I guess she just had some sort of magic touch. 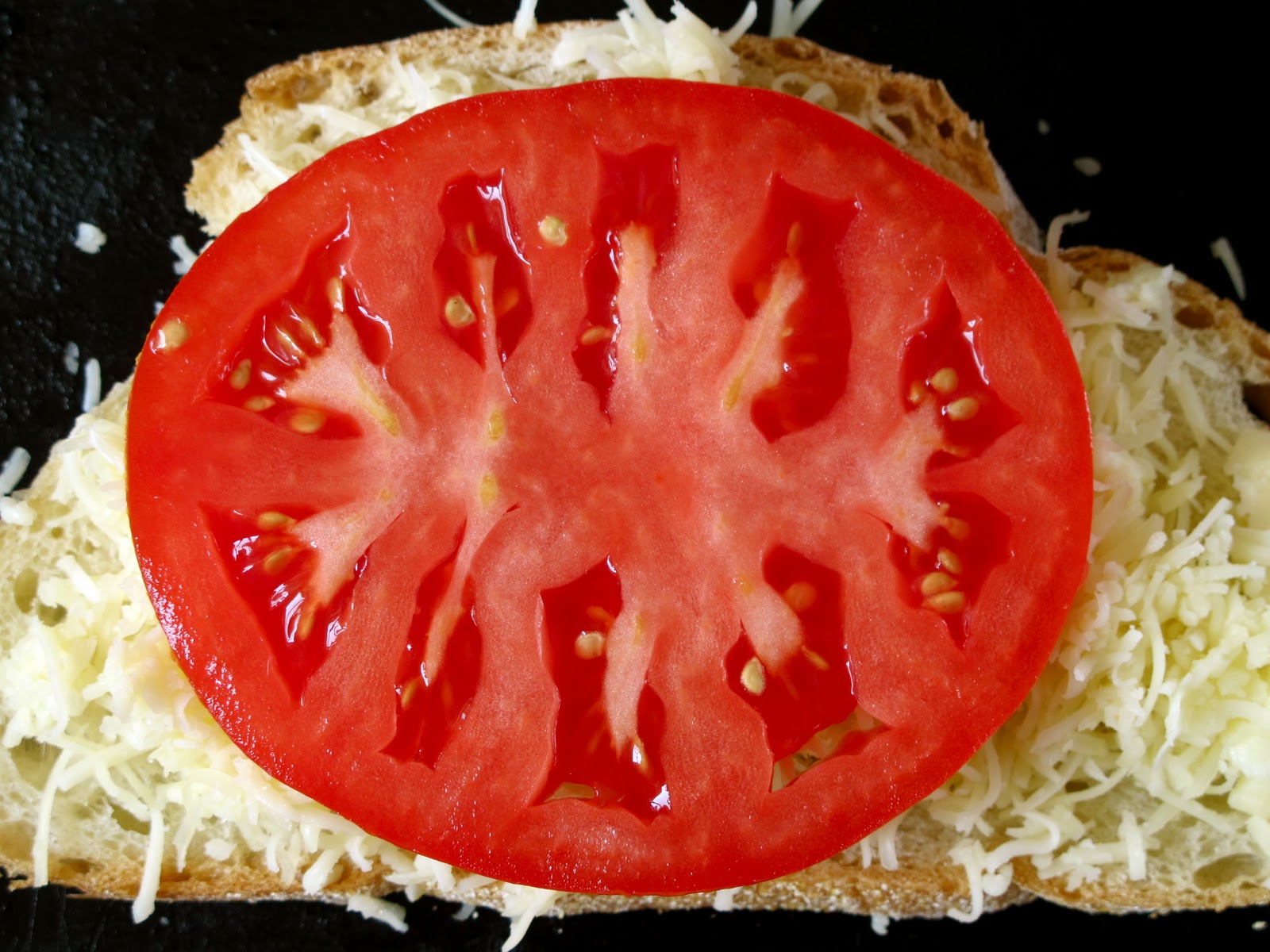 When it's all built, go ahead and place the baking sheet on the middle rack for about six and a half minutes. This will give you ample time to pour someone a sweet tea and bring them a cookie.*

*Hospitality lesson 101: Always bring someone a sweet tea and a cookie. It will instantly make them happy they came over. 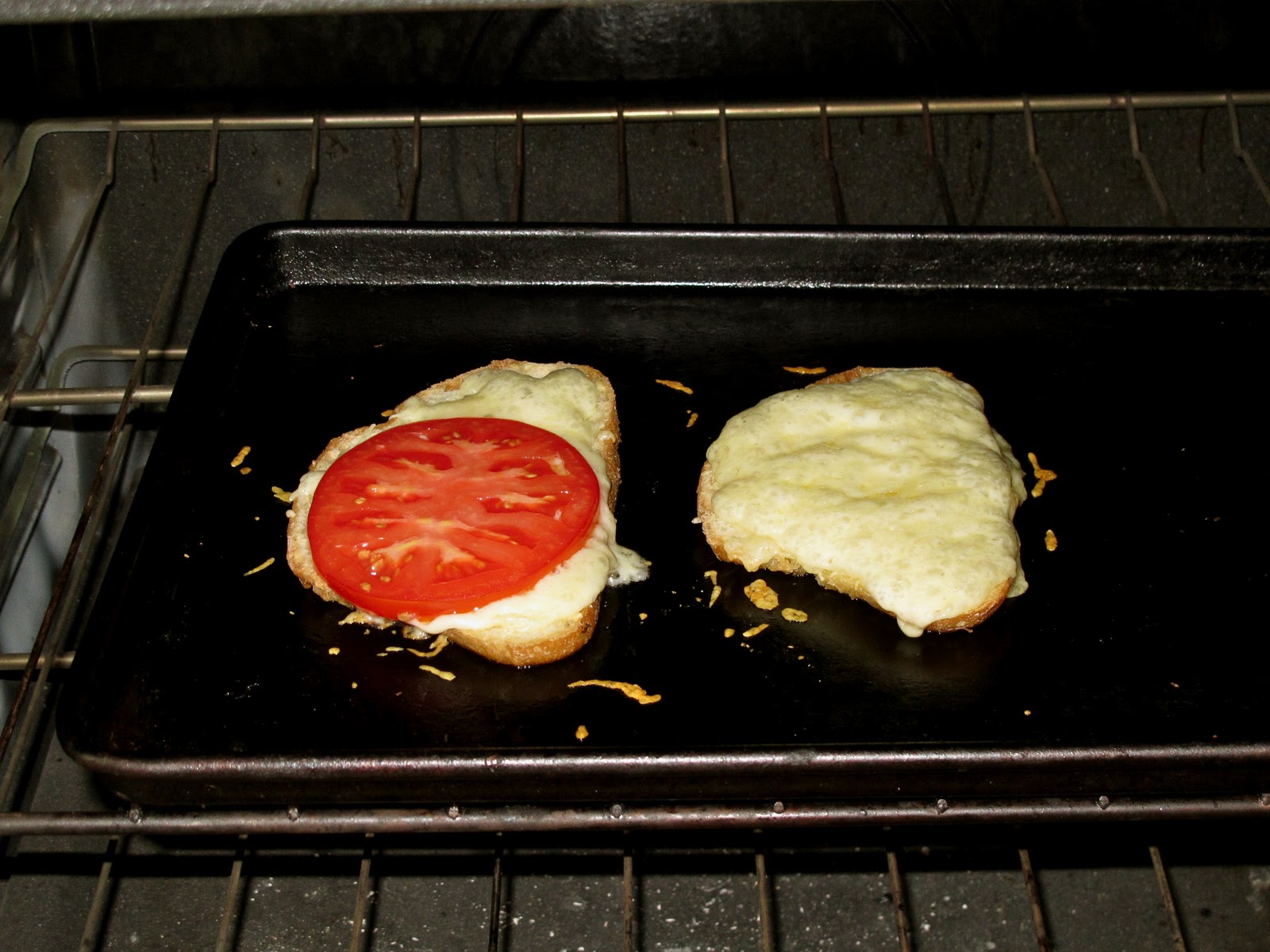 And then when it's all bubbly and golden, take it out and fold the two pieces together to make a sandwich. 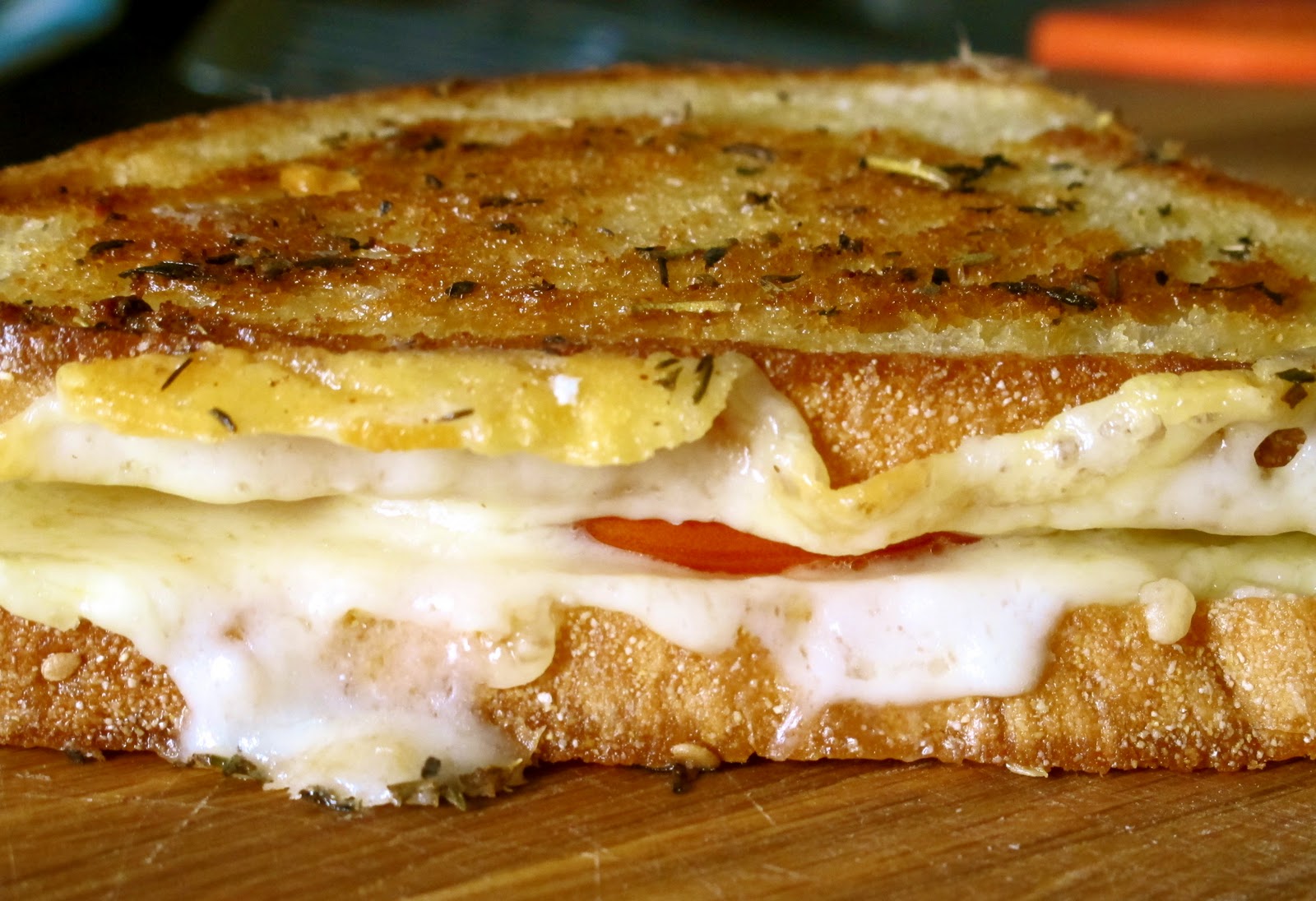 Give it a second to rest because if you cut it right away, the tomato will slip out and burn your chin.  I'm speaking from experience, of course.

I know that Meme will probably never see this because I don't think she even knows what the internet is, but at least I can share it with all of you. I know Alz can be hard, but it's best to treasure the good times and this sandwich definitely helps me do that. It reminds me of being a little kid and sitting in her kitchen while she helped me with ALL of my problems. As I ate this after I shot it, I got a little teary eyed because I wish I could have been eating it with her. I know she probably feels the same way.

And if you're feeling generous, th
e Alzheimer's Assocation is a wonderful not-for-profit group that would love your help to keep fighting the memory loss battle. And for those of you who are struggling with the same thing, stay strong and keep loving! Hopefully there will be a cure soon.