×
I've always had big dreams for my toaster. Well sort of. I know it might sound strange, but ever since I saw The Brave Little Toaster when I was like five, I've had a soft spot for old appliances and a weird habit of calling my toaster slot-head. Remember the suicide-nightmare scene when Toaster is depressed because Master ditched him and dreams about falling into a bathtub to her (his? I could never tell) death? Horrifying, right?
Well yeah, I guess you can say it sort of stuck with me. Maybe that's why I can't seem to toss the jenky old toaster that was given to me when I moved to New York two years ago. I mean, it probably cost like ten bucks at CVS but I've put like thirty bucks into revamping it so it's not going anywhere. Yes, I've just announced that I've given my toaster a facelift a few times. Yes, I'm weird and spray paint my kitchen appliances so they look cute. Yes, you should too, it's so easy and Montana Gold

spray paint works perfectly.
But I digress. This is about grilled cheese making! So let me tell you about this grilled cheese that's made with my slot-head a toaster. 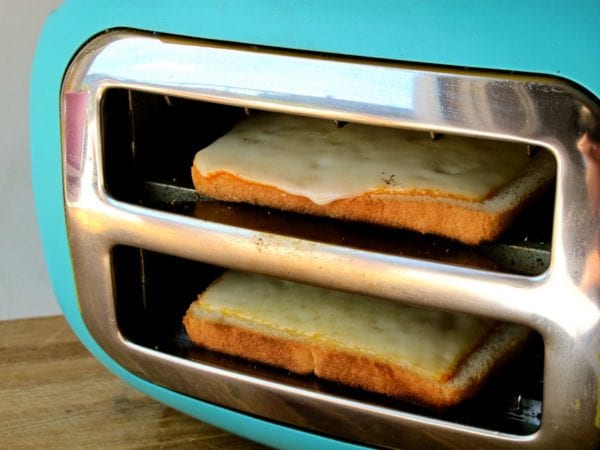 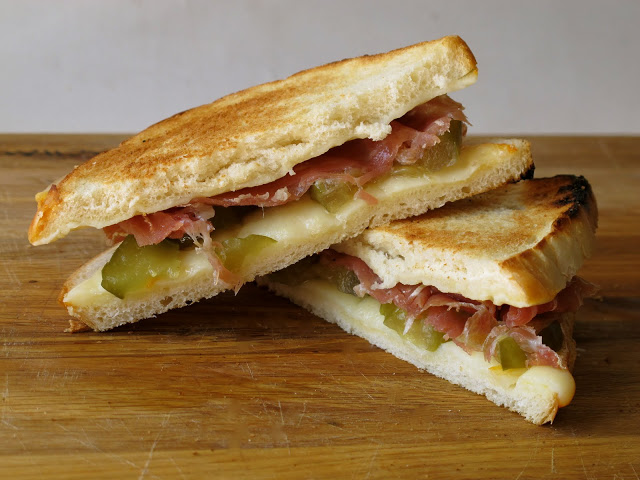 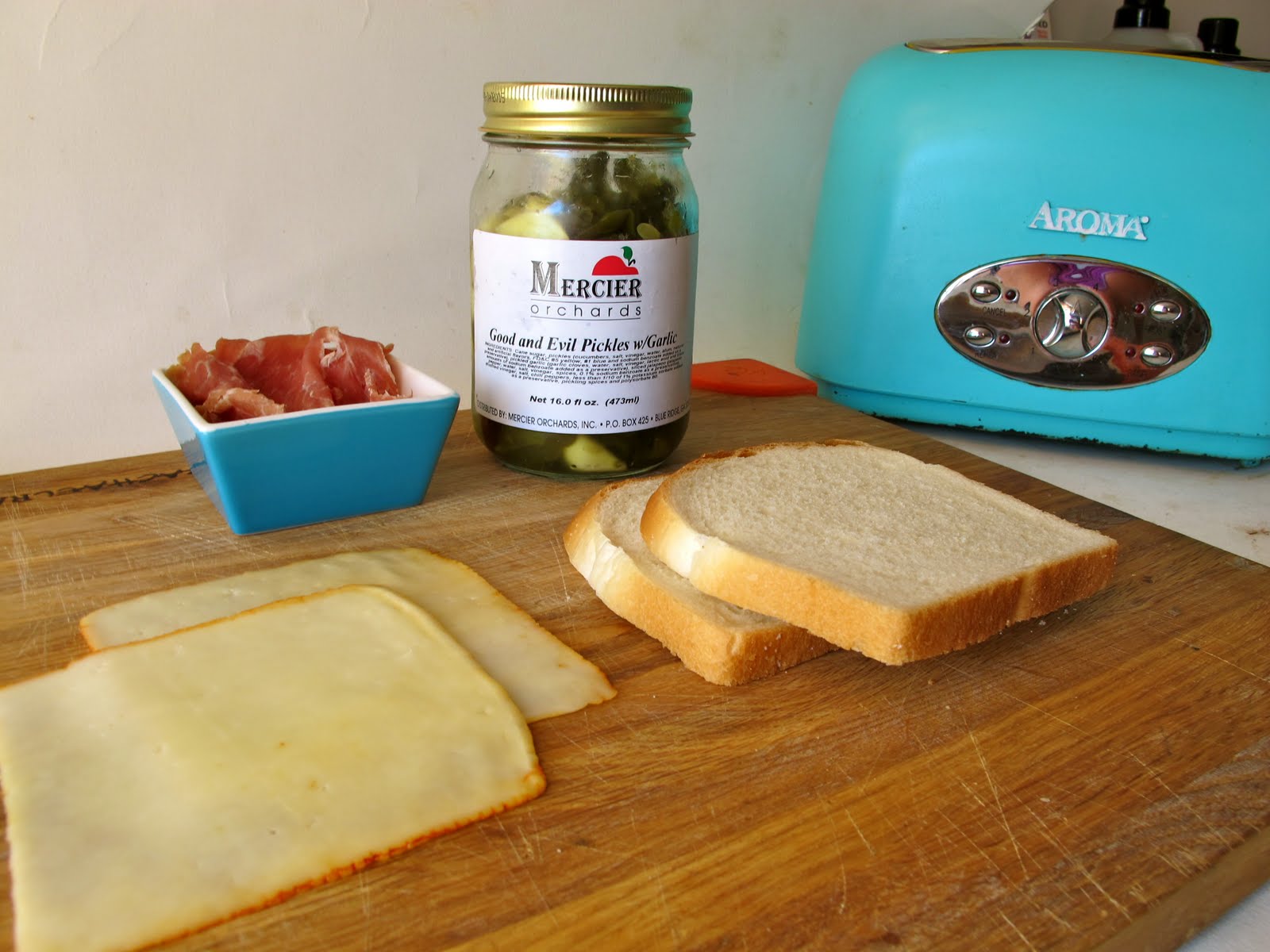 Now before you begin - please take these necessary precautions and pay attention to these slightly horrifying important parts.

Basically just pop a piece of bread in there to see if you have any hotspots. These are areas that burn quicker than the rest of your bread. If you have a new toaster, you probably won't have this issue. But if you've got them you need to be aware and take extra steps before you start to toast the cheesed up pieces. Of course, my crappy old toaster had one really bad hotspot; in the back of the top slot which caused instant burnt toast once it was flipped on its side. I'll tell you how I remedied this later on in the post.

Another point that I need to mention is that when I was doing the research for this post, I found that quite a few people had toasters that had these metal gates that sort of gripped the bread while it was being toasted. My hand-me-down vintage toaster is probably about 8 years old, so it doesn't have any fancy metalwork. But some do, and if yours does, this method won't work for ya. SORRY! The heated metal prongs will press into the cheese and start a smoky mess and maybe even start a fire which is not a lawsuit I'd like to deal with. So yeah, give up now if that's what's going on in your kitchen. Come back next week and I'll have a new method just for you!

So when you use the whole "toaster technique" you're going to want to use a super flat slice of cheese.  Using shredded cheese would be an absolute mess and would definitely fill your house with the smell of burnt cheese. No bueno.

So yeah, stick to the sliced stuff and lay one slice on each piece of bread.

Also, now that you're aware of your hot spots and are ready to start to melt some cheese, go ahead and gently press down your toasting lever and watch the magic unfold. 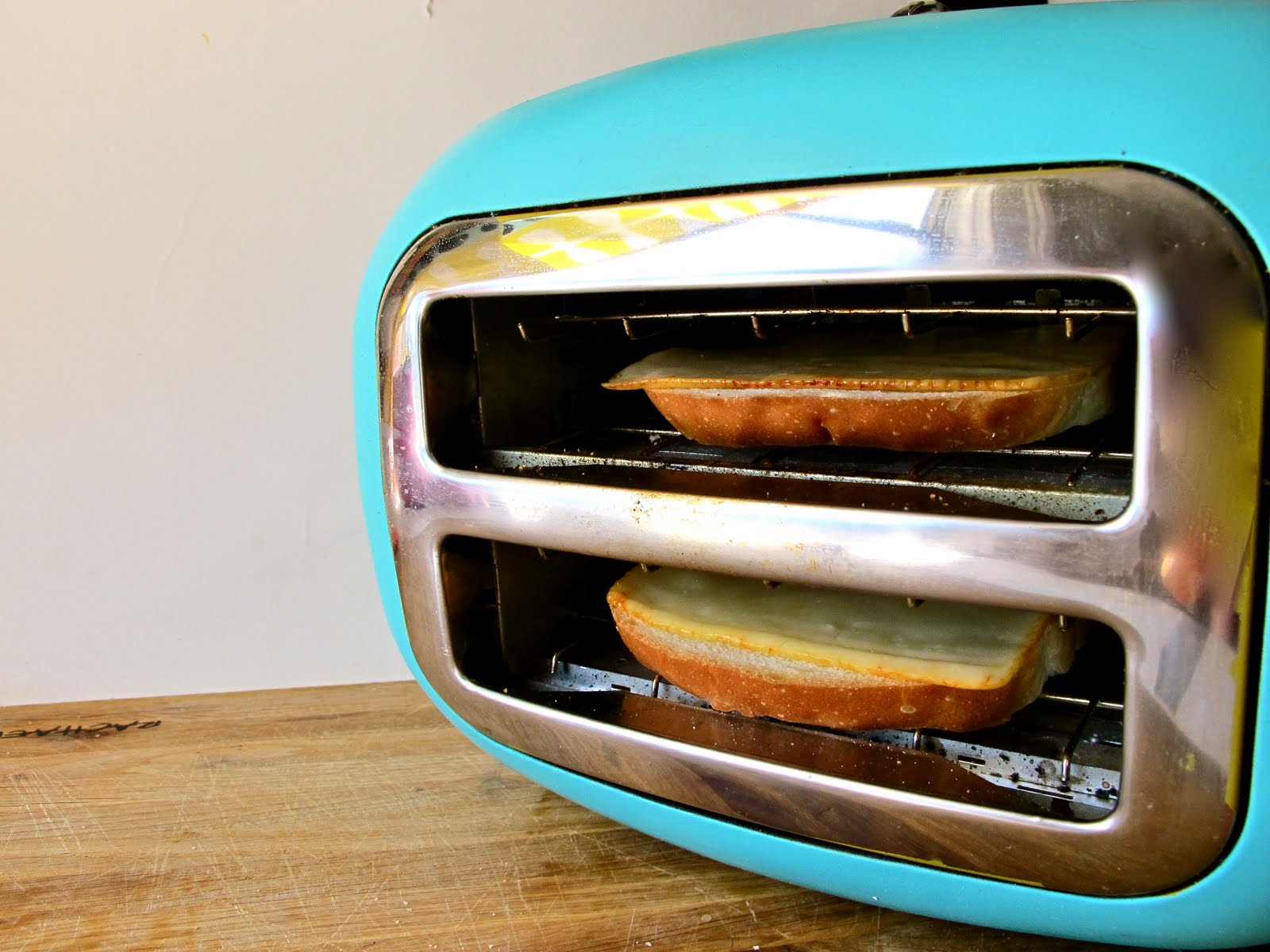 I let mine toast for about two and a half minutes on the "low" setting. And because of my toaster's hot spot, I made sure to rotate my bread half way through so the back wouldn't get all burnt up and cause my house to smell like death. Yes, death. It's awful, but not as awful as burnt hair. That's the worst.

And here's another tricky part, if your toaster is anything like mine, it will projectile-launch your toast four feet across the room when it decides it's "done". This is a serious issue. Cheese burns are no fun and they seriously feel like molten lava if they just so happen to launch out and hit you in the stomach while you're wearing a bikini*.

*True story, lesson learned. Don't ever cook in a bikini. 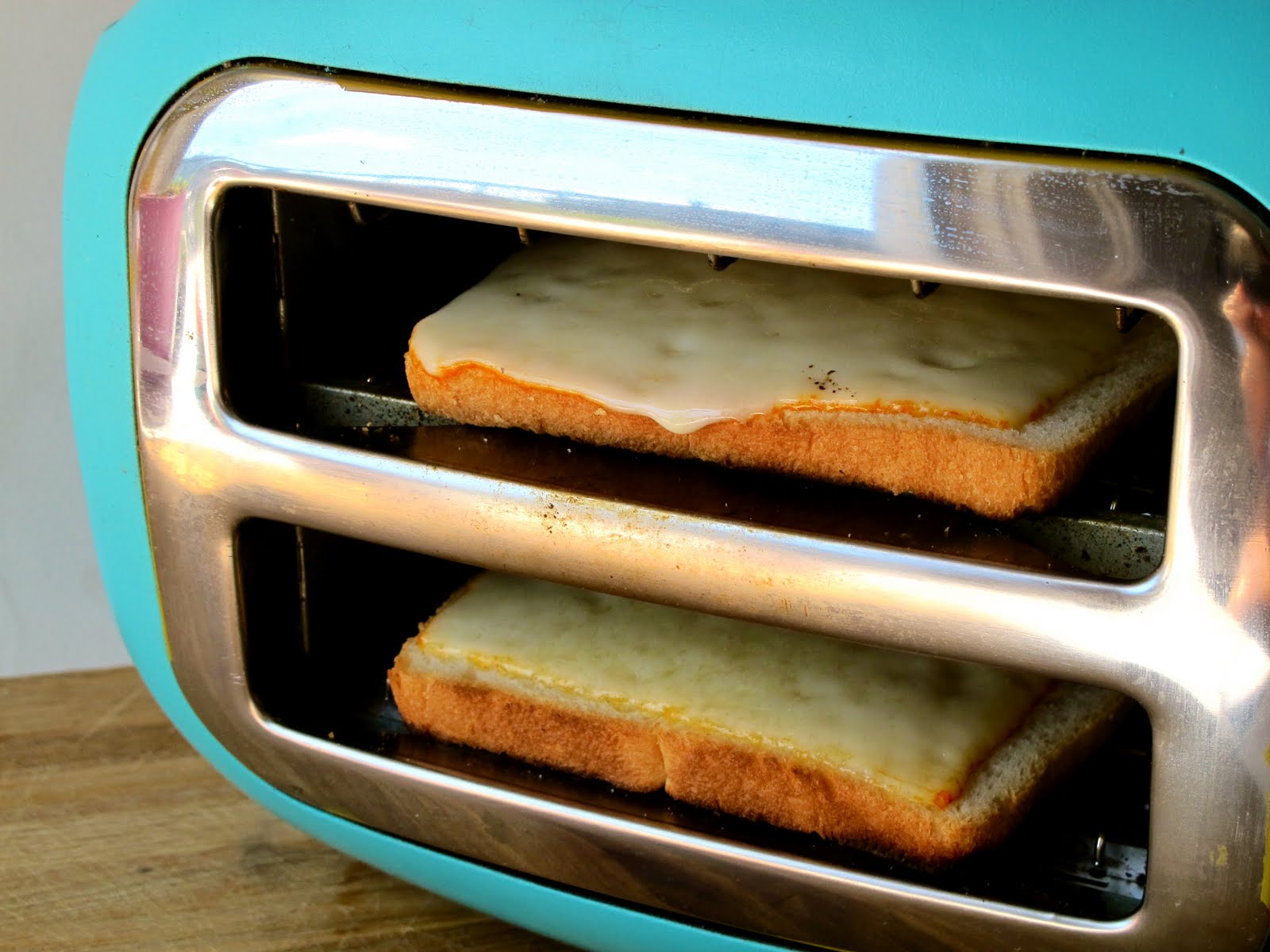 Now this is the part when you need to work quickly. After the cheese has melted, take your toast out and start piling on the good stuff. 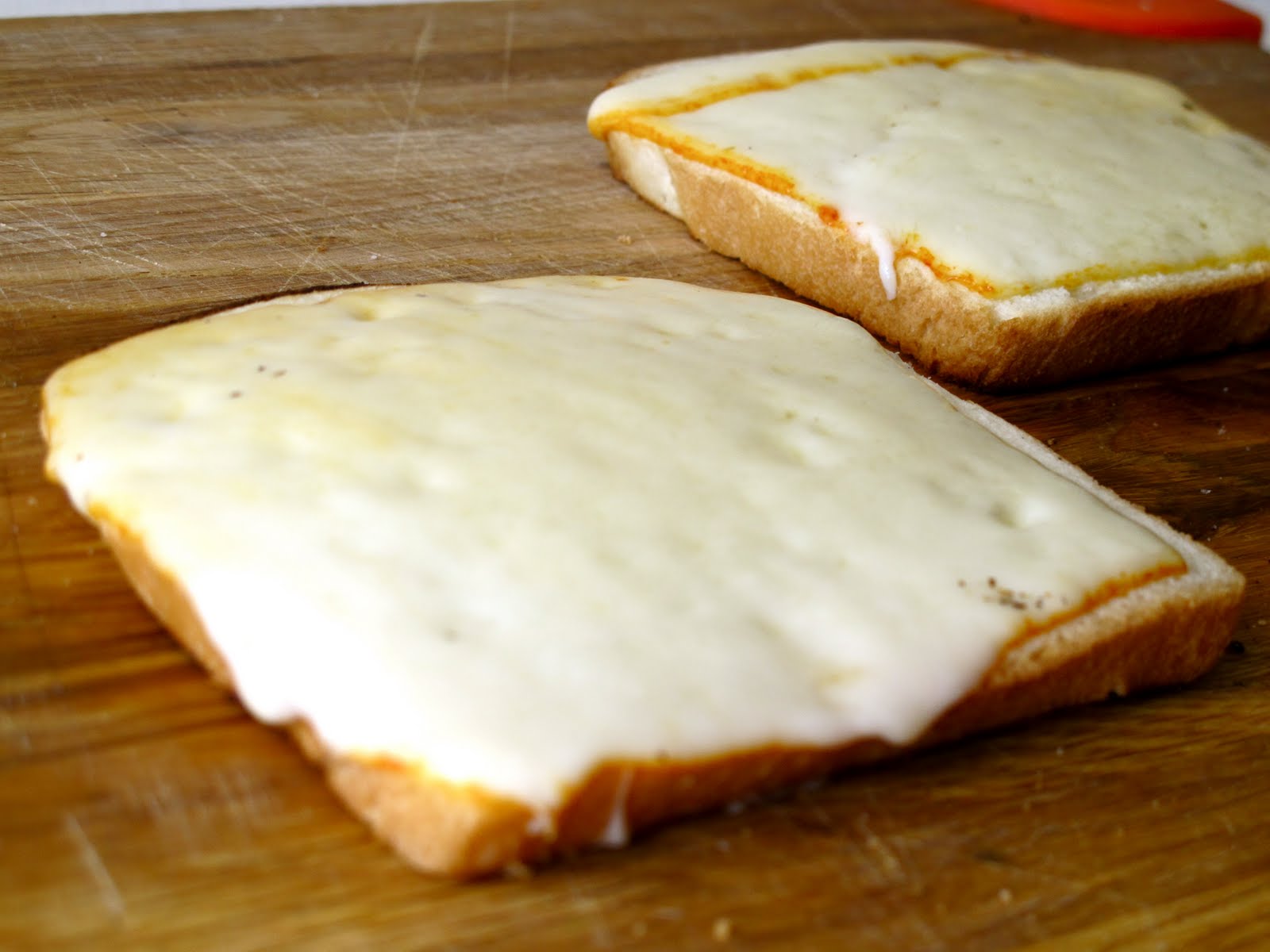 I threw on some speck, which is like a juniper flavored version of prosciutto. It's super yummy and salty and good, and I actually like it about 300 times more than regular ole' prosciutto. 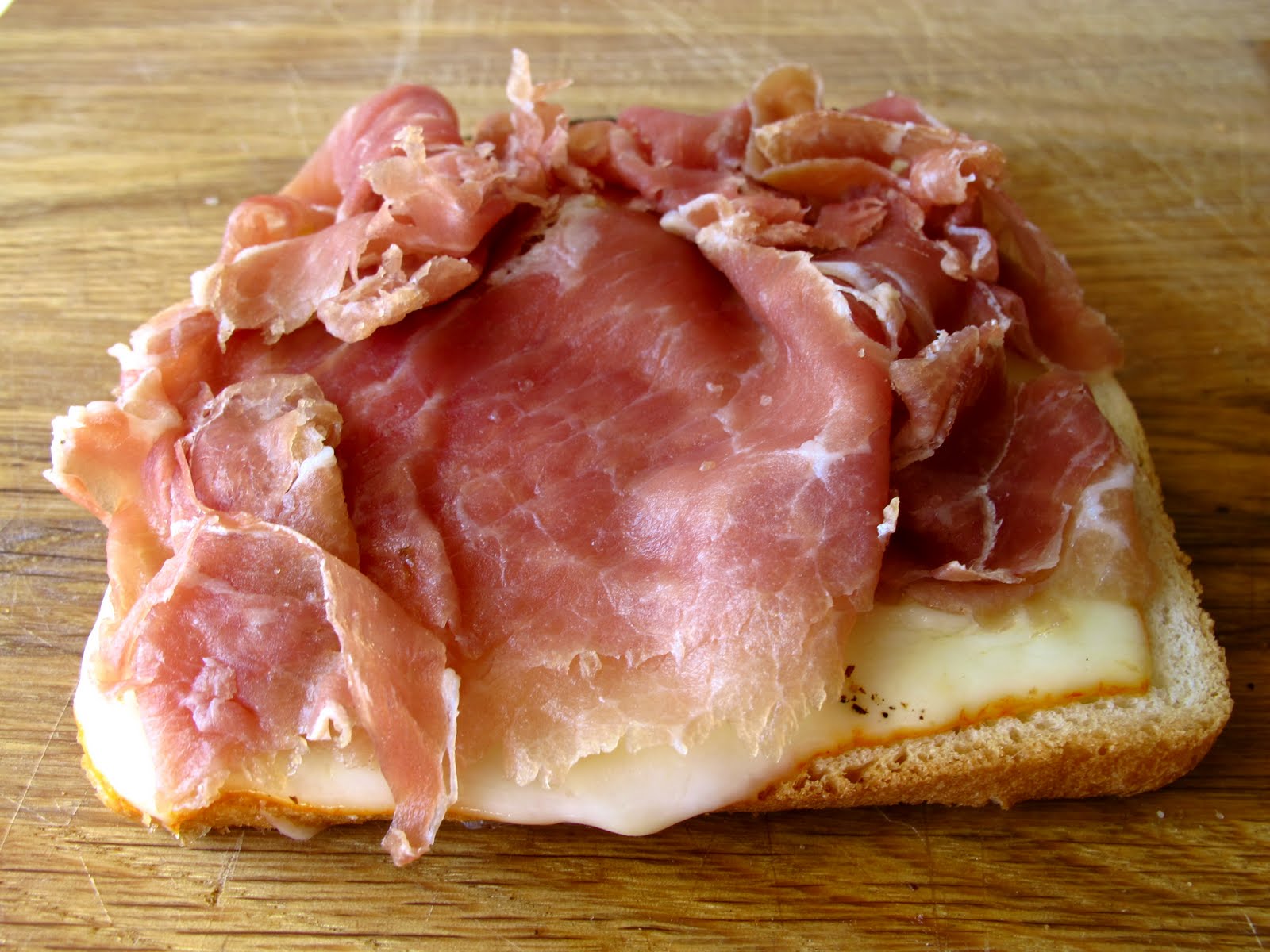 Then I piled a couple of these delicious sweet and spicy pickles that my friend Bev mailed me from Florida. They're called good and evil pickles and they're made by the wonderful people at Mercier Orchards. Basically it's equal parts whole garlic cloves, sliced jalapenos, and cucumber rounds. They're super spicy but it's not overwhelming because the sweetness masks the burning which in turn, forces you to keep eating them so that you maintain this equilibrium of hot-to-not-so-hot balance.

Am i the only one that experiences this vicious and sometimes fattening cycle? I think that's why I always eat way too much chips and salsa at Mexican restaurants. Sorry, back to the point. 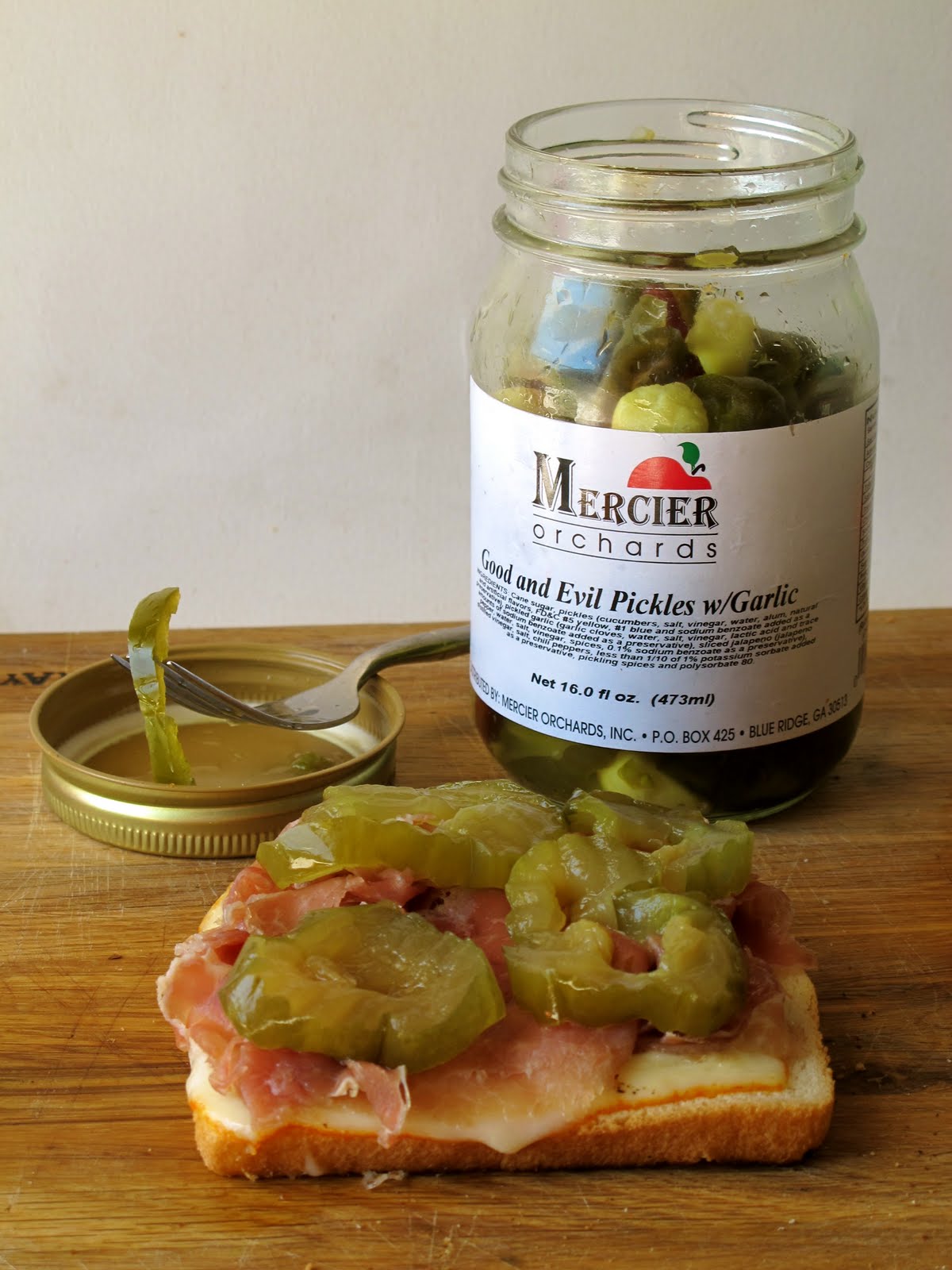 Once your fillings are all in, place the other piece of cheesy toast on top. If you're not afraid of a few hundred calories more, smear some butter all over the toast to make it more grilled cheese-ish. I felt really weird about not putting butter all over this sandwich but I'm going back to Florida for a visit next week and i might have to be in a bathing suit, so i figured I could go without it... even if i felt like a traitor. 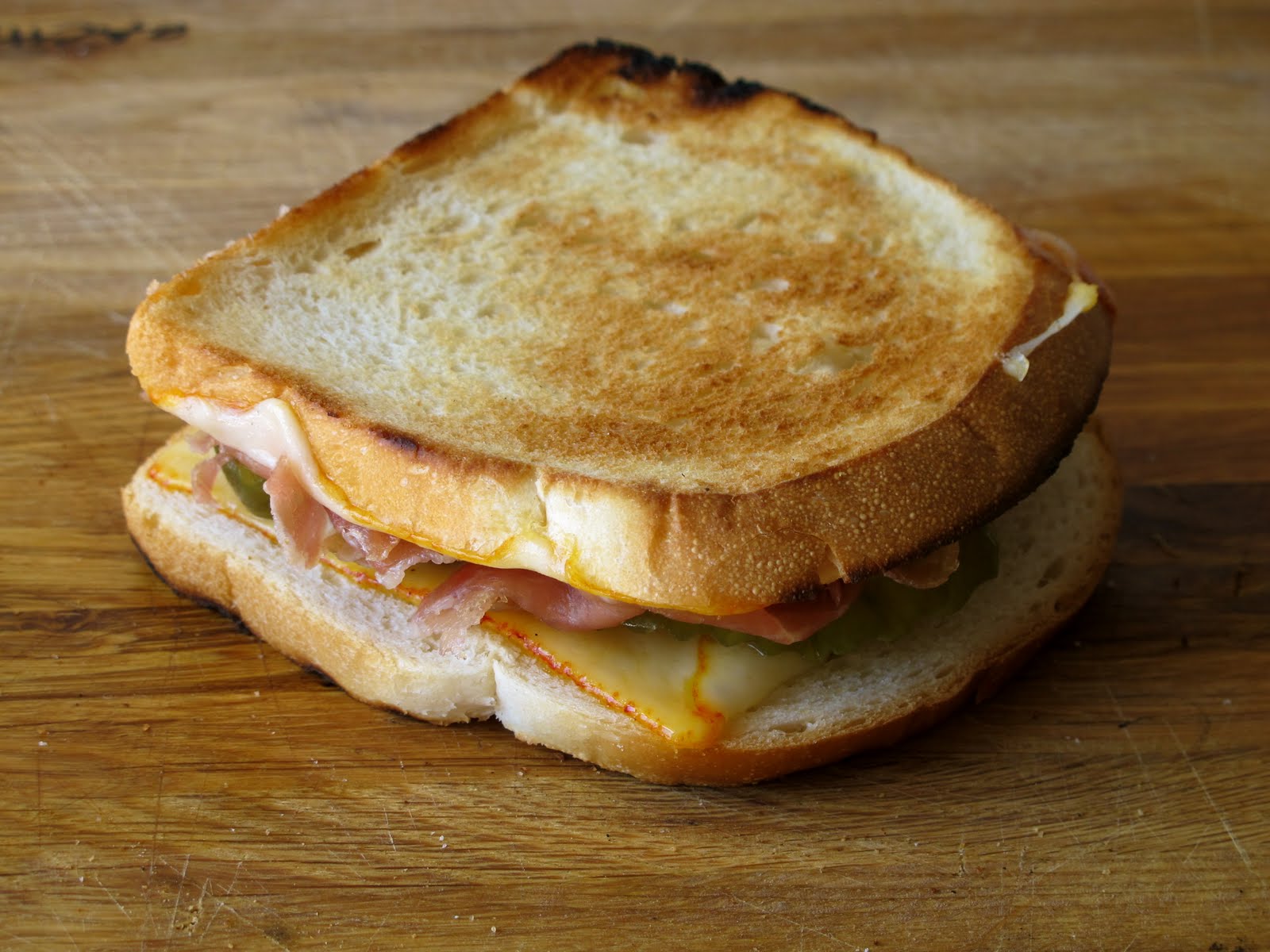 Now slice it down the middle and serve immediately! 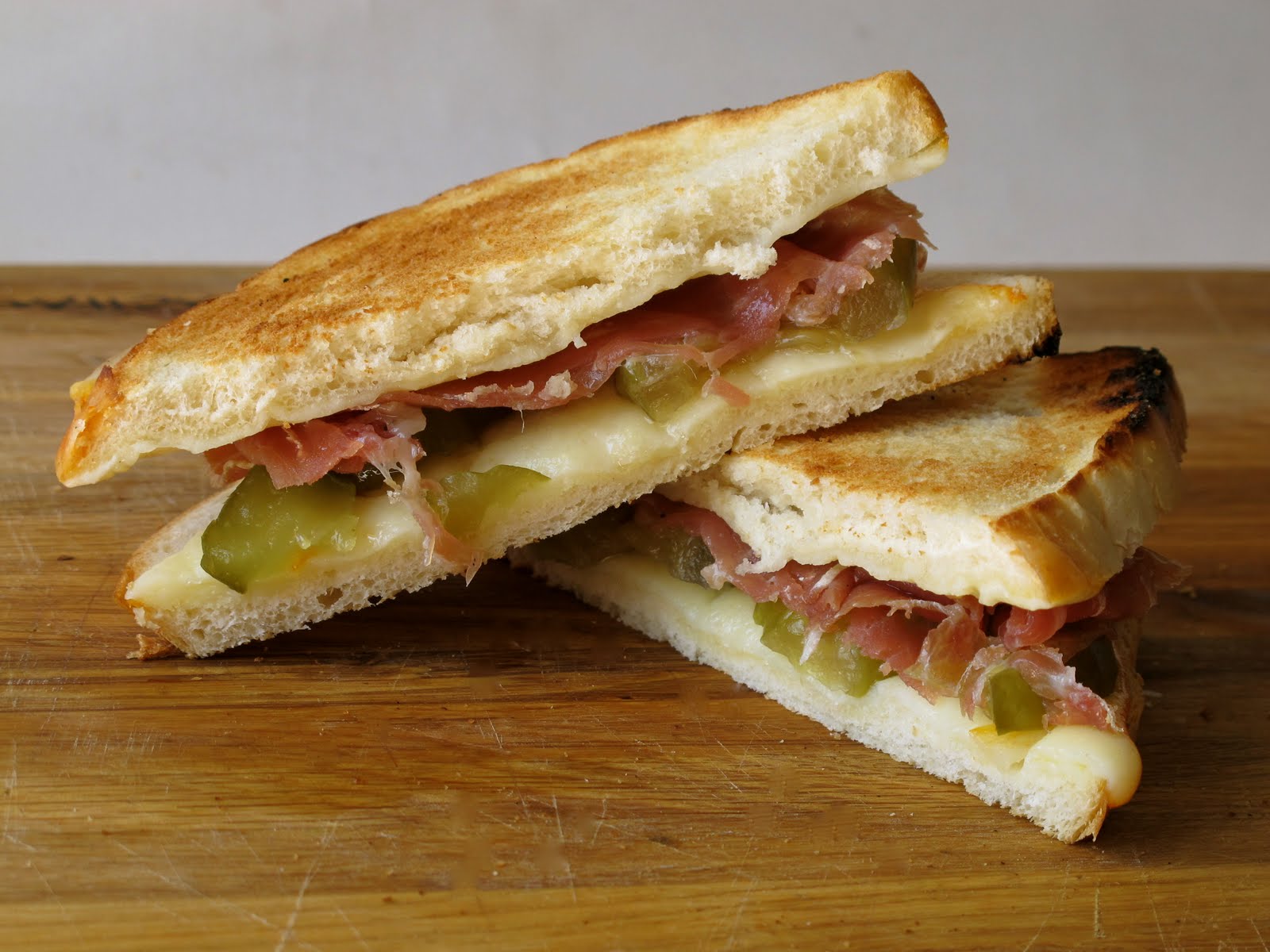 In conclusion, this is definitely a method that should be used only in desperate situations. To be honest, I'll probably never do the toaster technique again, but at least we all know that it can be done without the tricks of cable television! I mean, it's not that bad, just a little dry and anxiety provoking (totally didn't even think about cleaning out the crumbs before I did a test run which was a bad idea).

And of course, I'll be back next week with a new and exciting grilled cheese cooking method, so stay tuned!