Omfg I think South Florida's getting to me.  I went to a reggae bar this week and actually really had a lot of fun. Usually when a Bob Marley song comes on I roll my eyes and try to gab about how played out this stuff is, and how they should listen to The Slits and Bad Brains and shut the eff up. But after seeing me dance around like a 15 year old the other night, you might question my previous opposition.

But thanks to Mark and Susan (same people who gave me the green cheese from Amsterdam!), i was given an awesome idea about a Rastafarian grilled cheese and some crazy RED cheese.  So go ahead and put down your chalice and get lifted ready to nyam sum dankness. 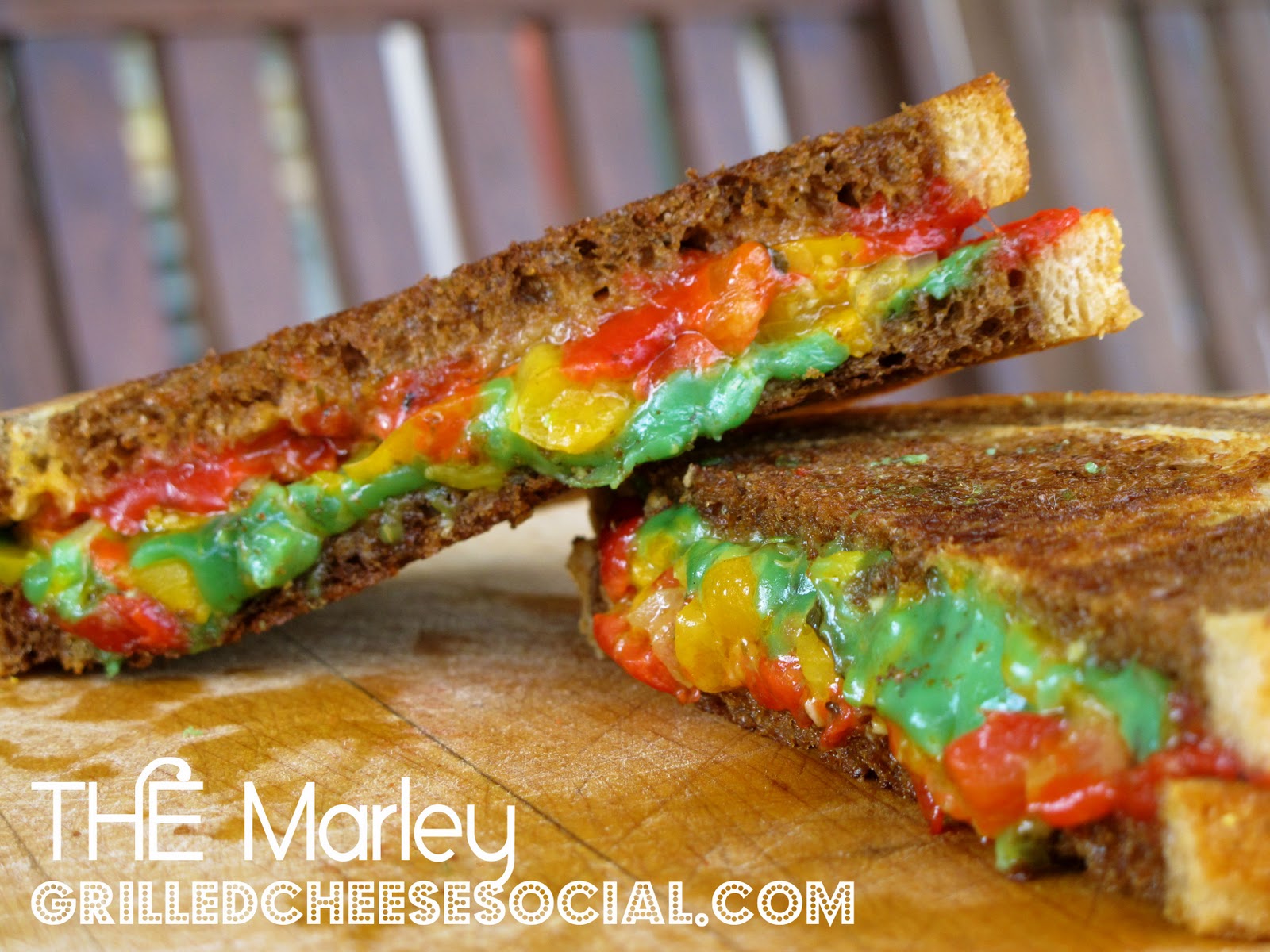 Praise Jah!?  Eehh, yeah whatever, go ahead, but also praise cheese for this far out sammie. 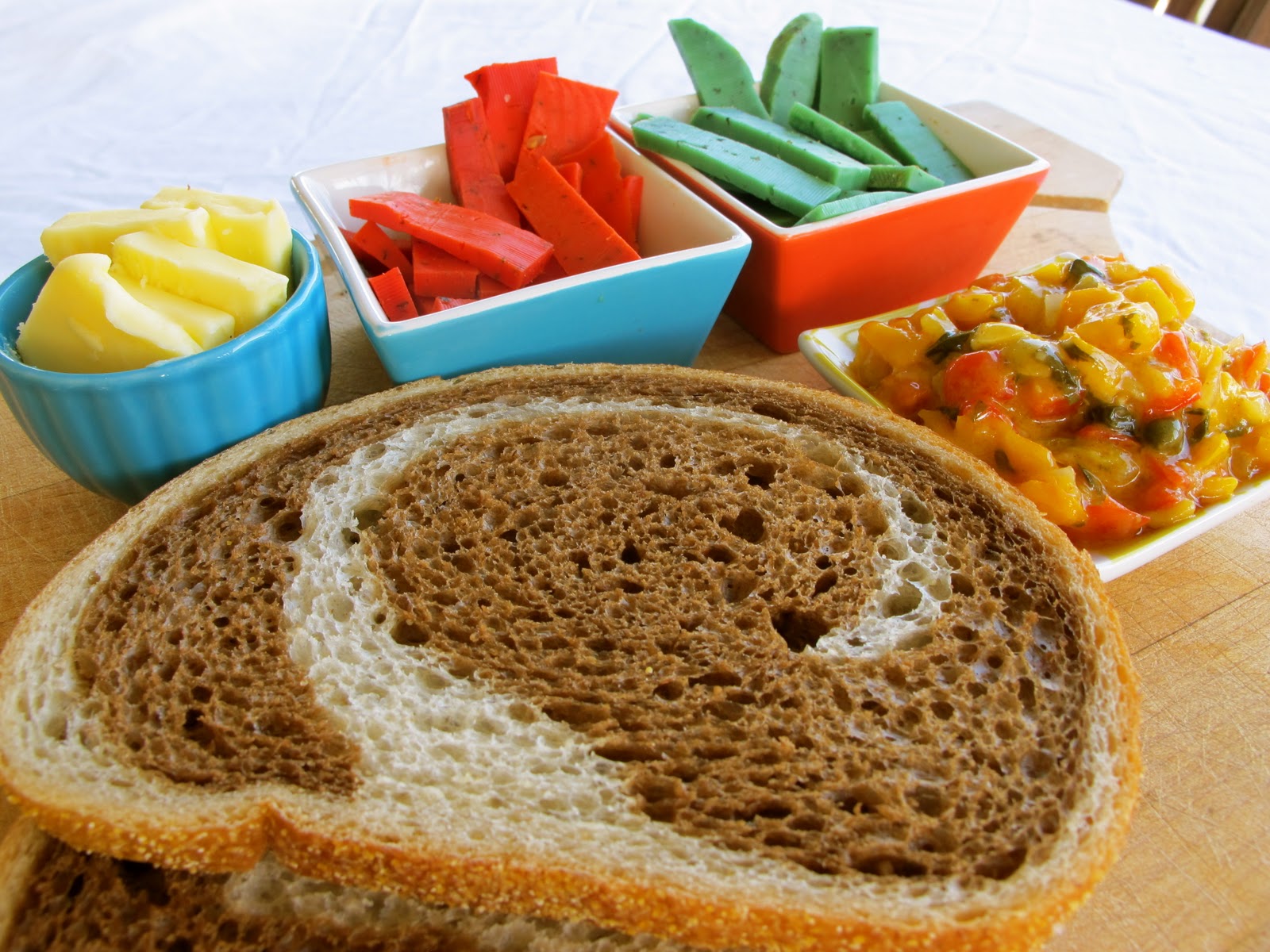 Before we start, let me just tell you that this grilled cheese does not in any way represent African cuisine, but rather, is inspired by the super-dope Rastafarian colors.  Although I couldn't think of any specific black foods (besides olives, but i hate them) that would be appetizing in this grilled cheese, I decided that the marbled rye sort of looked like tie dye and and would be tasty with the salty pesto cheeses. So of course, i went with it.

Anyways, first things first - pile on some of that red sun-dried tomato pesto cheese to symbolize the blood of the people (yeah we're getting deep today).

Disclaimer: I have no idea if you can find this (or the green pesto cheese) in the states because I've never really looked (ahh how lucky I am to get gifts of international cheeses).  Sorry to brag, but the company that makes them is called Polderkaas and they sell some of their cheeses on Cracked Kettle maybe if you're lucky (or really driven to find this delicious stuff) you can ask them to special order it for you or just suck it up and travel to Amsterdam (and take me, of course). 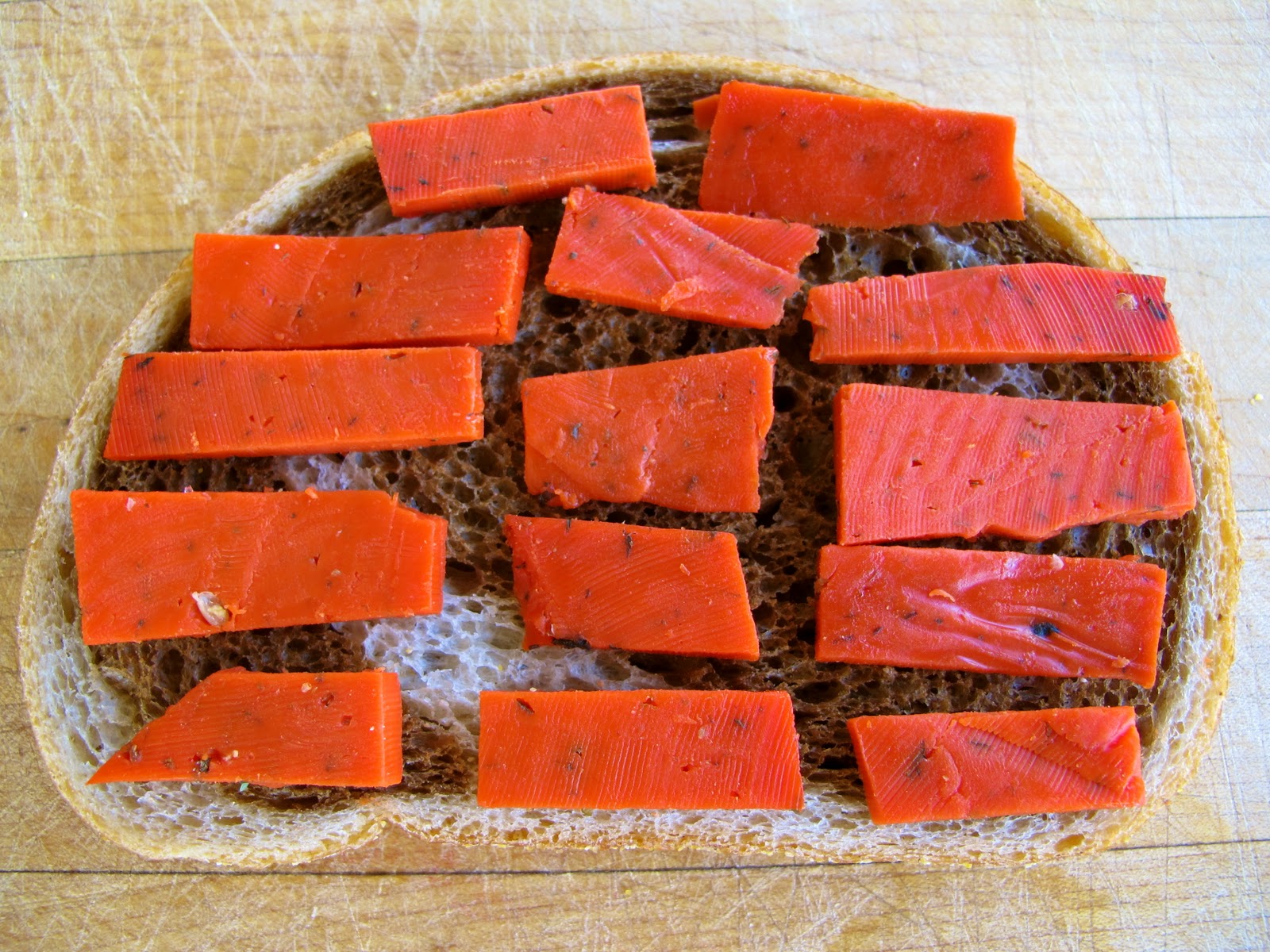 Next, it's time for the sweet yellow pepper bruschetta to represent the gold and the richness of Africa. Feel free to make this stuff yourself or even just use roasted yellow peppers, but I bought a jar of it at the grocery because to be honest, I'm on winter vacation and I'm still abiding by my mantra to be as lazy as possible. 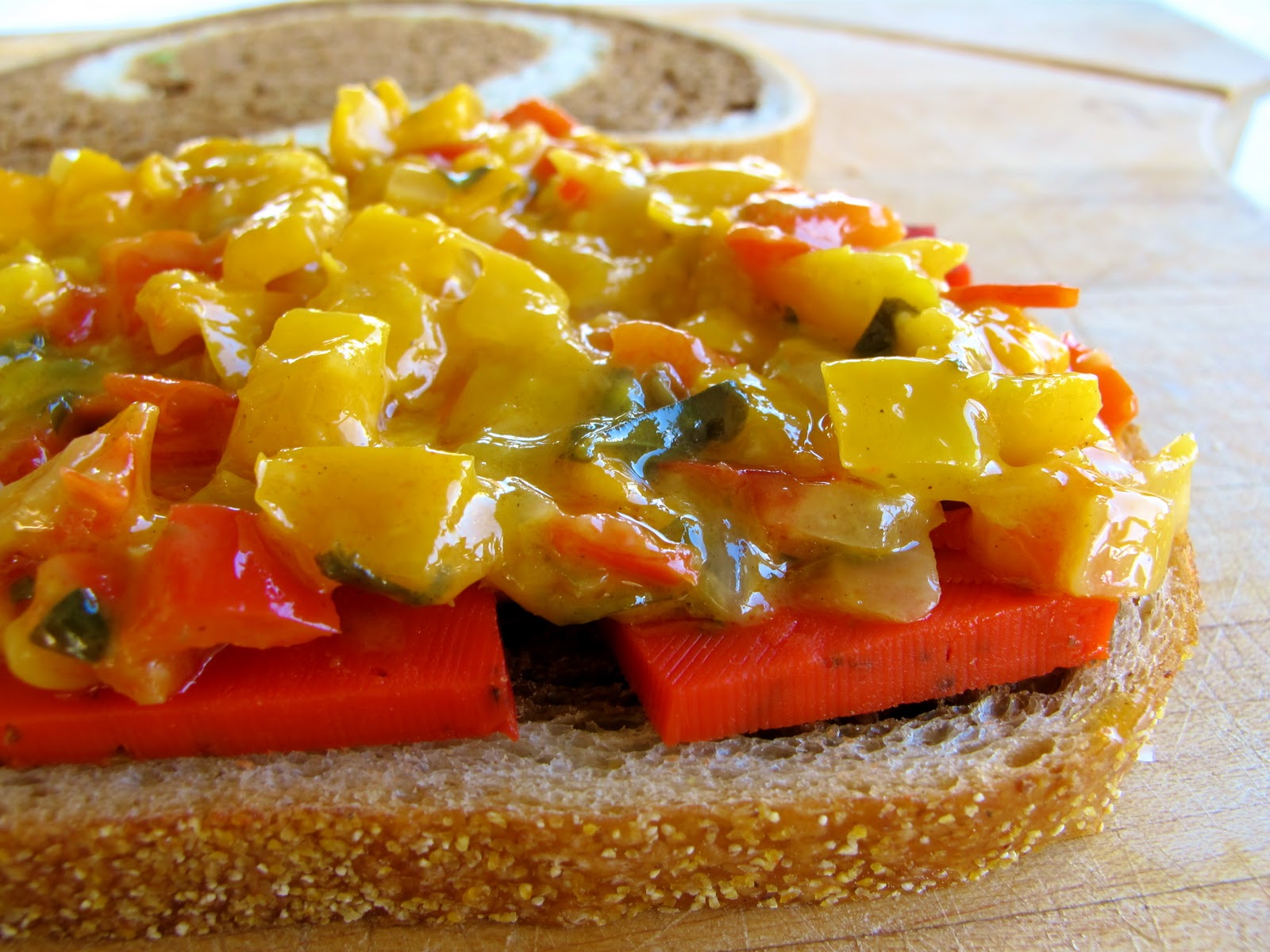 Now it's time to pile on some of that awesome green cheese to represent the land and vegetation!  Remember it from the Green Haze post a while back? (Same stuff, just different lighting) 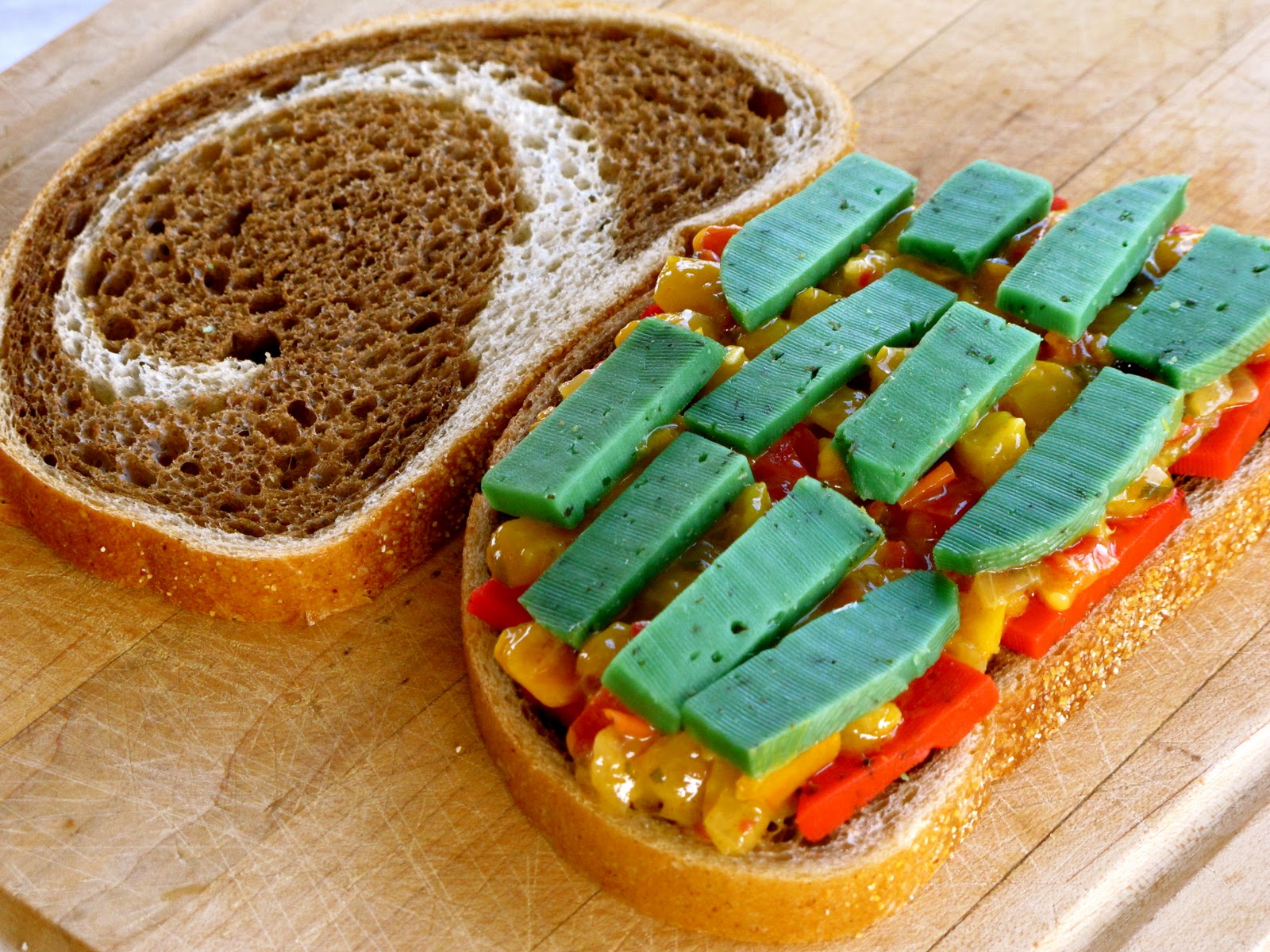 Now put the other piece of tie die bread on top and praise Jah. 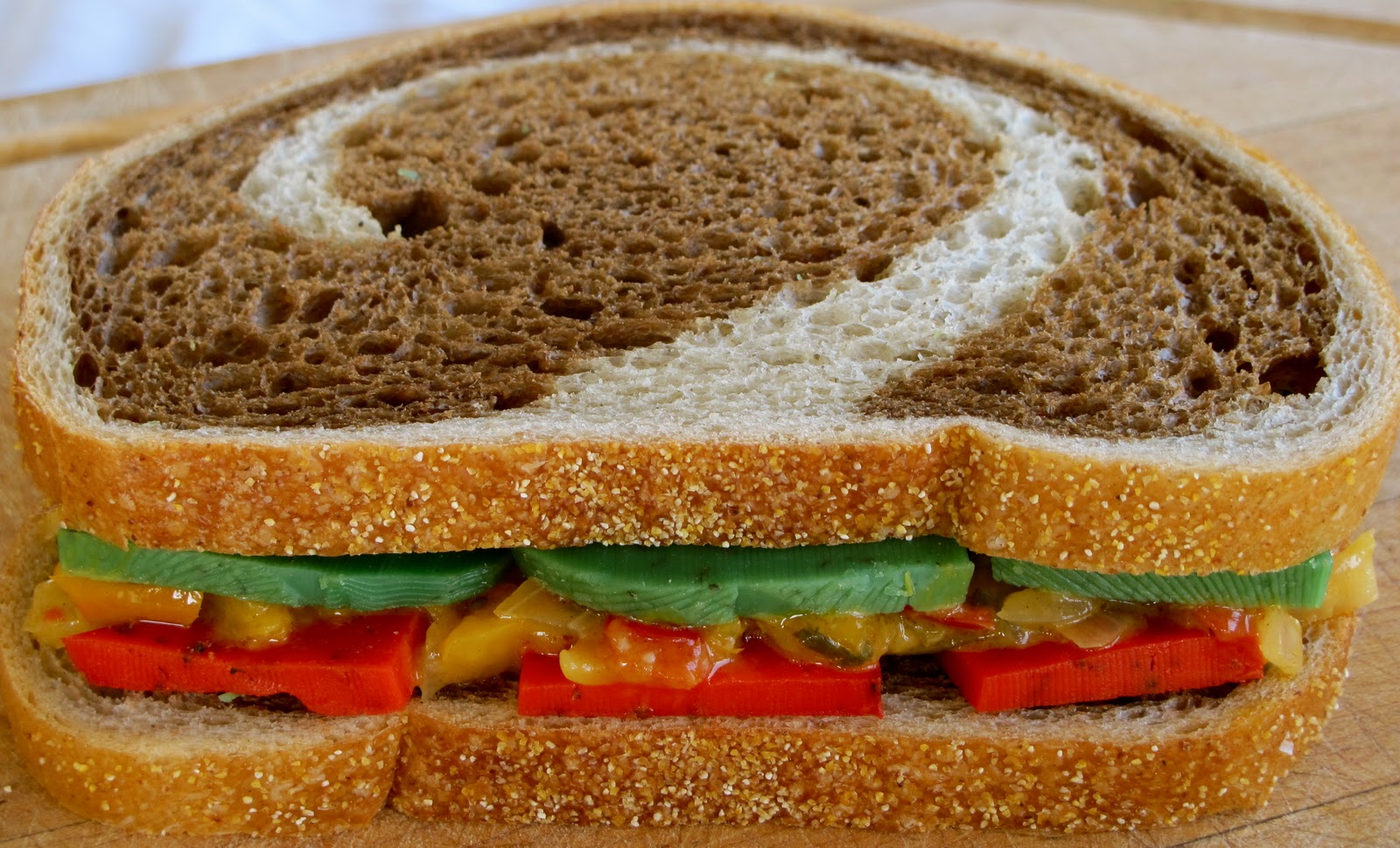 Now if you're still on the same level as me, heat up a pad of butter in a pan on medium heat and place the sandwich in. 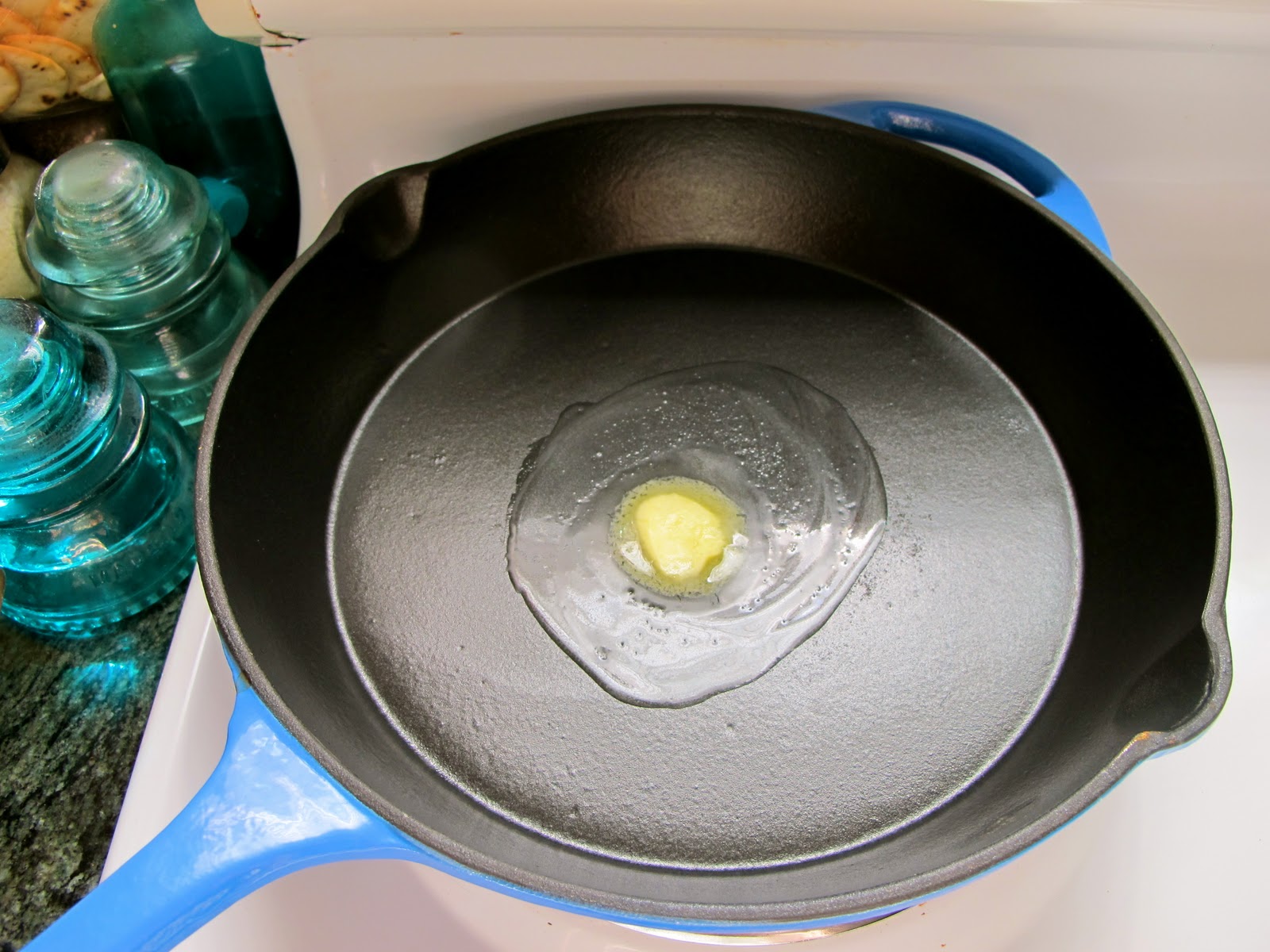 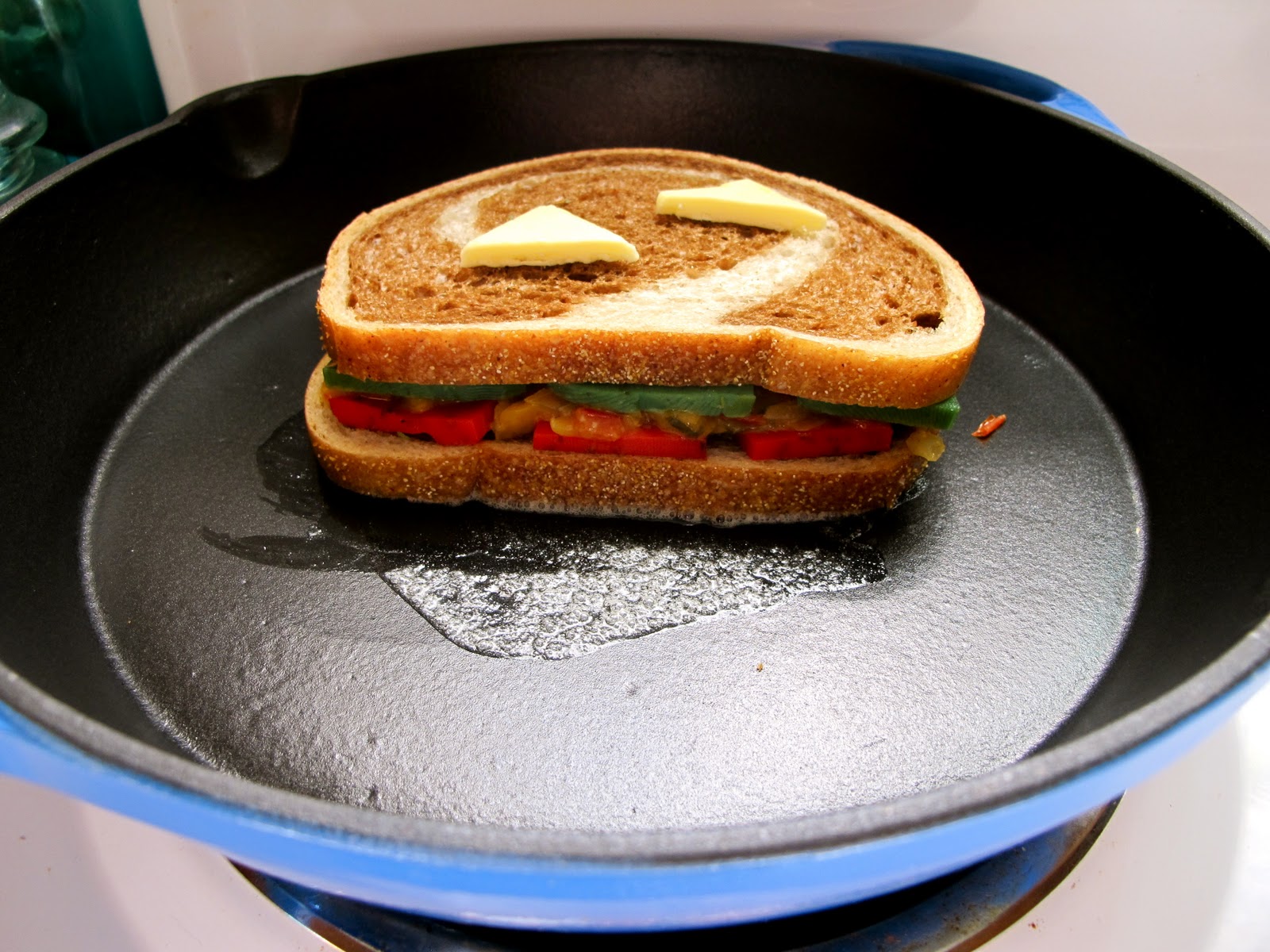 I always put the butter for the other side of the bread on top to help soften it so I can either smear it on or just move it around in the pan when I flip it so the butttttah can spread out evenly. Then when it's nice and golden you can flip it! 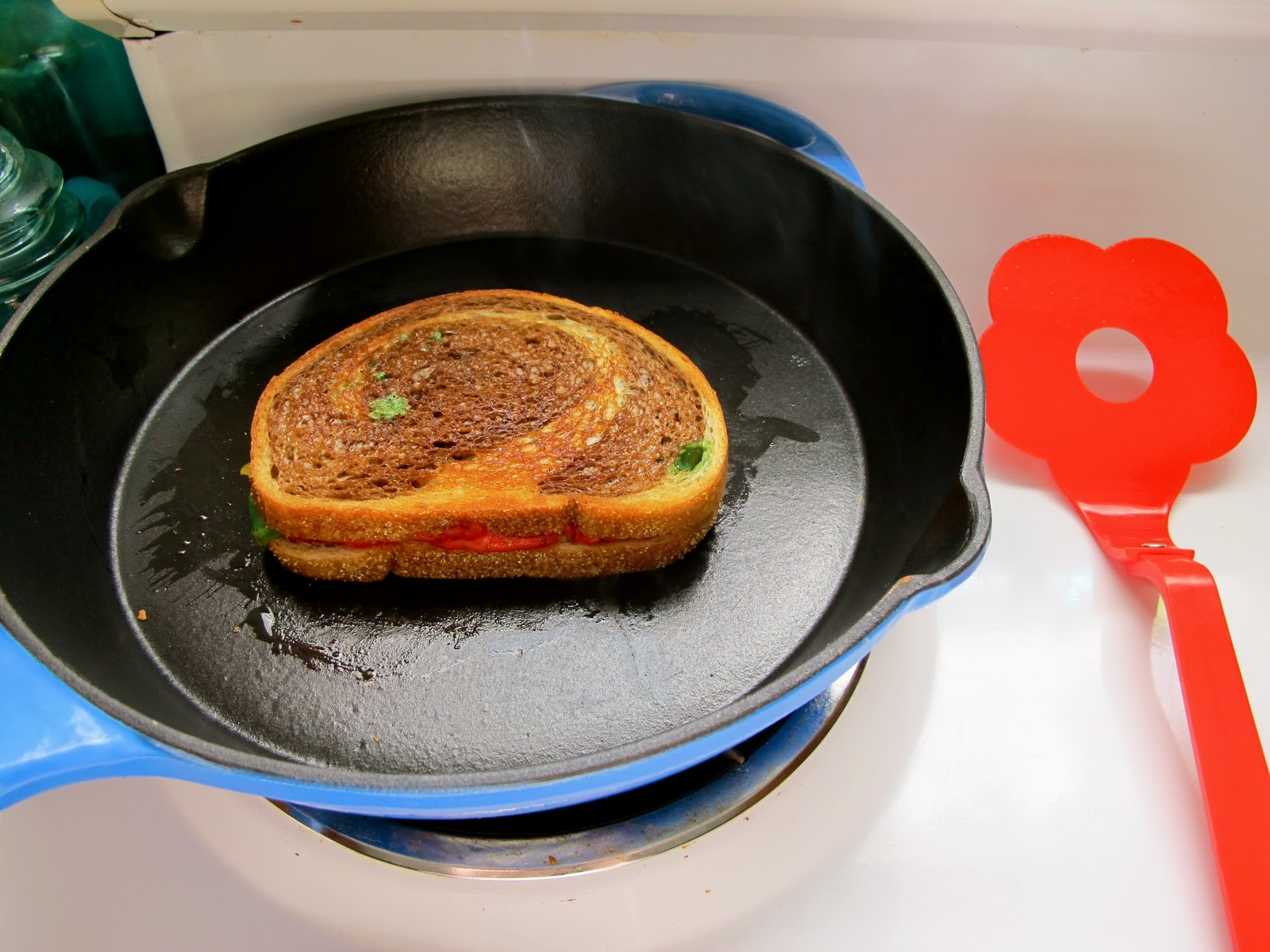 You probably know what to do next, but if it's your first time or you've indulged a little too much in this spiritualistic way of life, i'll remind you.  Flip it when it's golden and crusty on both sides. 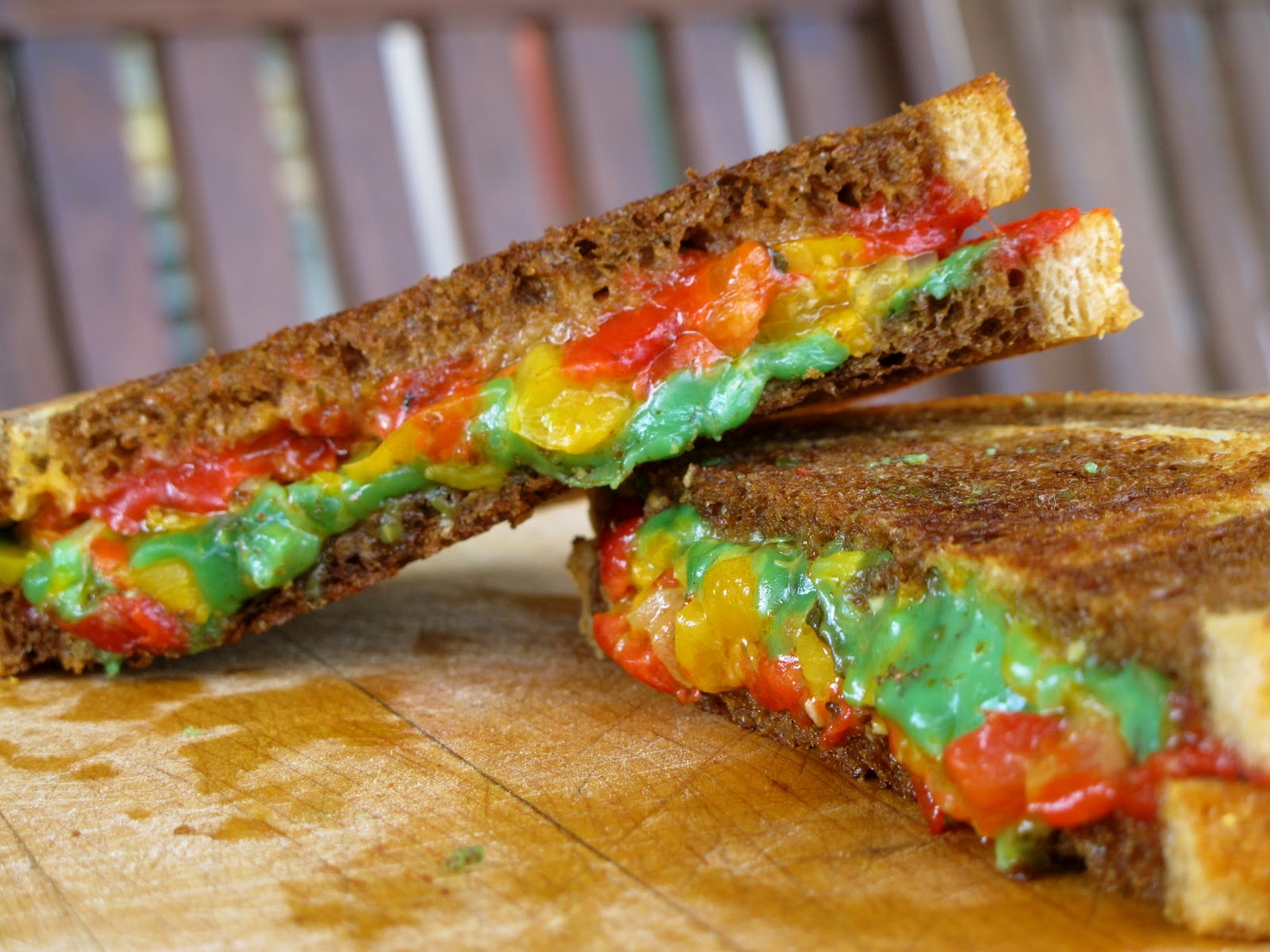 Alright all you rude bwoys and rude gals (is that right? sorry i'm new at this), get down to your indigenous roots and make Haile Selassie proud. <---joke.