×
I had candied bacon for the first time at Egg in Williamsburg a few months ago. It was the most delicious and orgasmic meat I've ever had and I couldn't get enough of this stuff! So obvs I've been thinking about it ever since then. Finally, enough was enough, I couldn't take it any longer - I just haaaddddd to make a grilled cheese with this stuff.  This morning I ended up going to the Union Square Greenmarket and went crazy!  Here's the nom nom nom nom resultzzz. 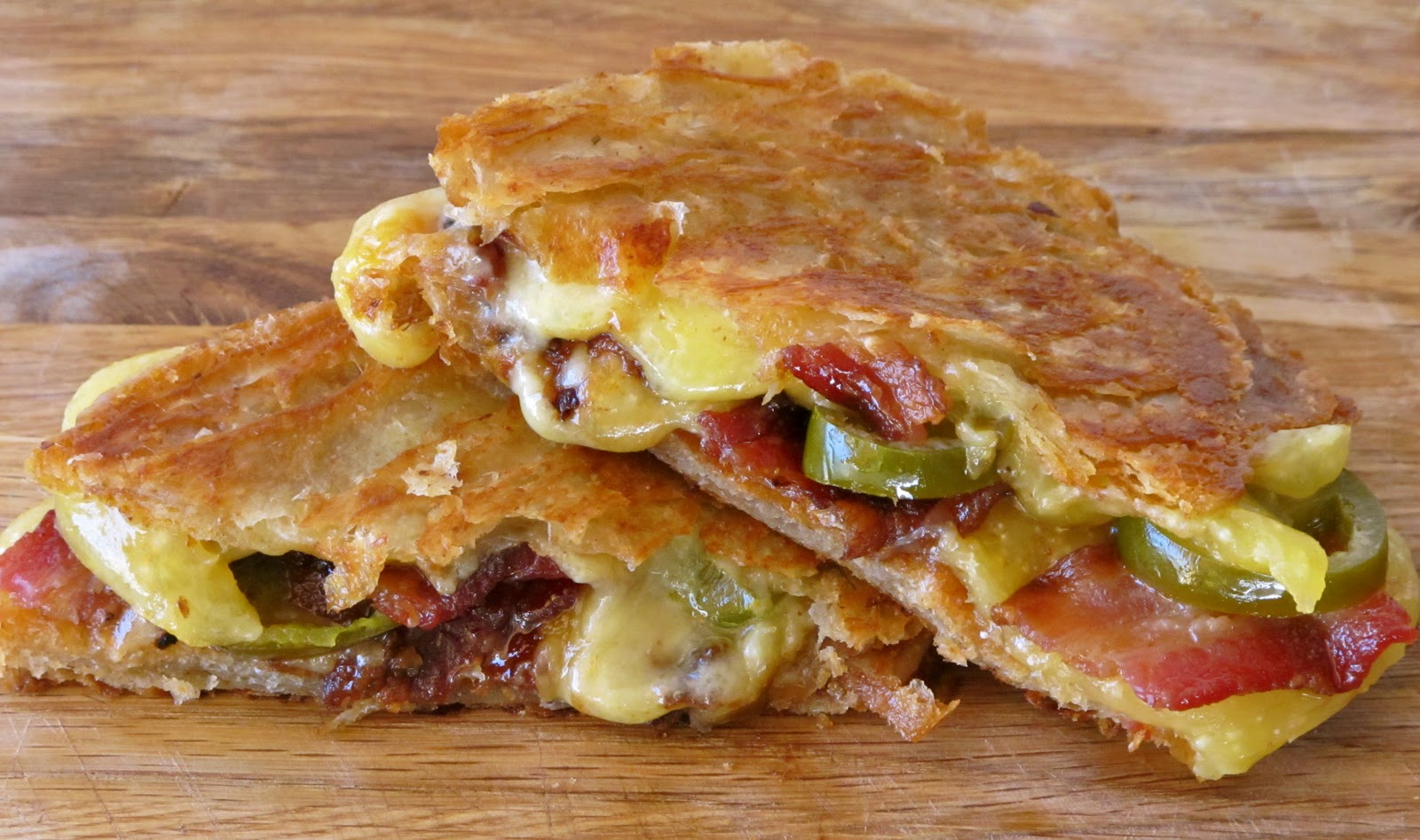 Here's what I used! 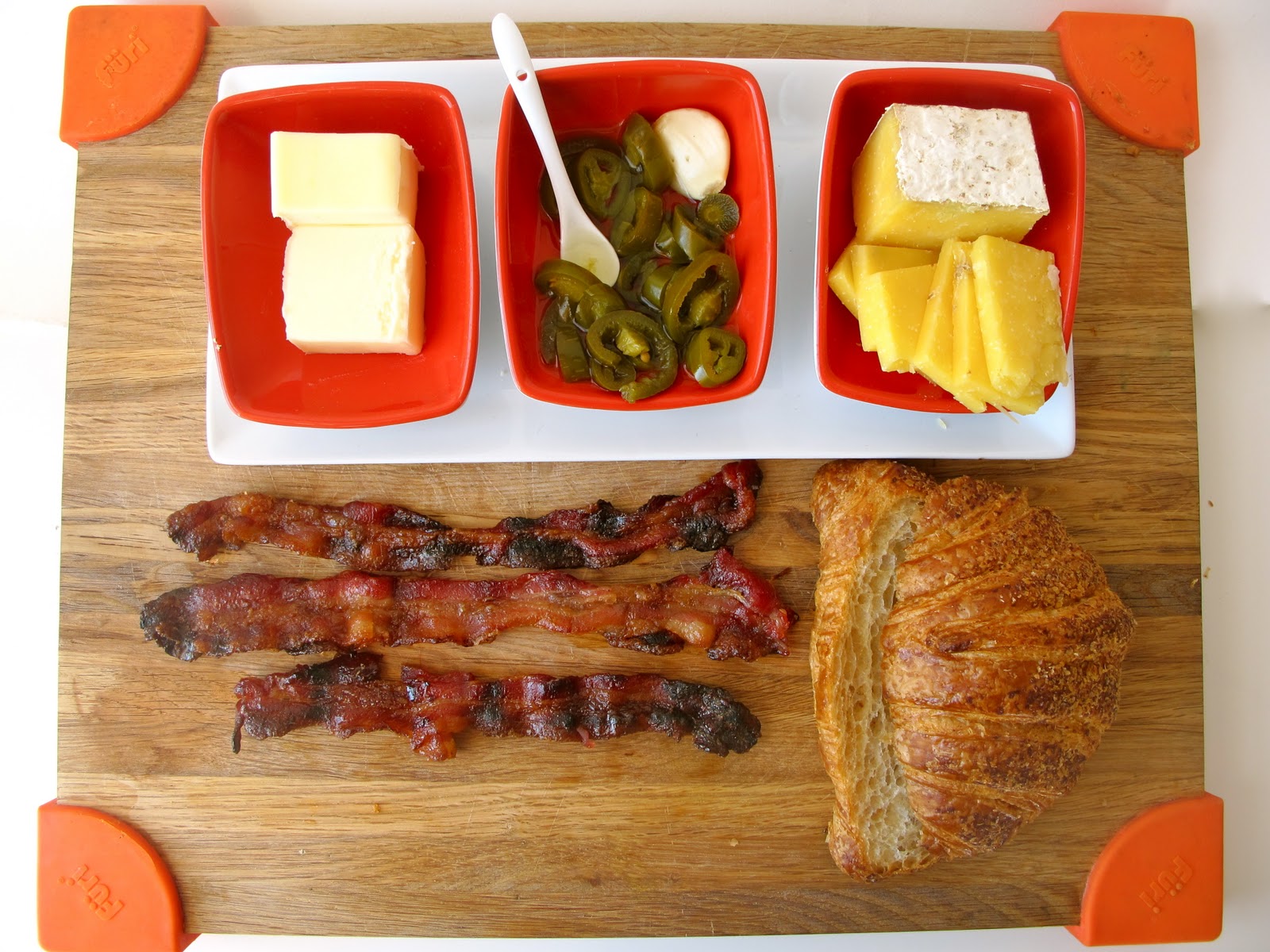 This was the first time I made candied bacon but it was super easy.  I followed Paula Deen's recipe and I was very impressed!  It takes about twenty-five minutes to make this stuff so make sure you give yourself some time before you start to make this sweet and spicy grilled cheese.

So while I was at the Union Square Greenmarket I found this awesome cheese vendor - Bobolink Dairy & Bakehouse. They handcraft their cheese right out of New Jersey and they were super helpful.  I was talking to them about their cheese and I learned something interesting about white cheddar vs. orange cheddar.  I had no idea orange cheddar was just colored that way to mock the natural color of the cheese that's made in warm months. What it boils down to is that in the spring and summer months the animals have a diet that contains more beta-carotene and it makes the cheese a more orange-y color.  I guess that people started to color their cheddar in order to make it appear that it was produced during the tastiest months.  Crazy, HUH!?

Anyways, get yourself some local cheddar and slice it up and put it on your croissant! 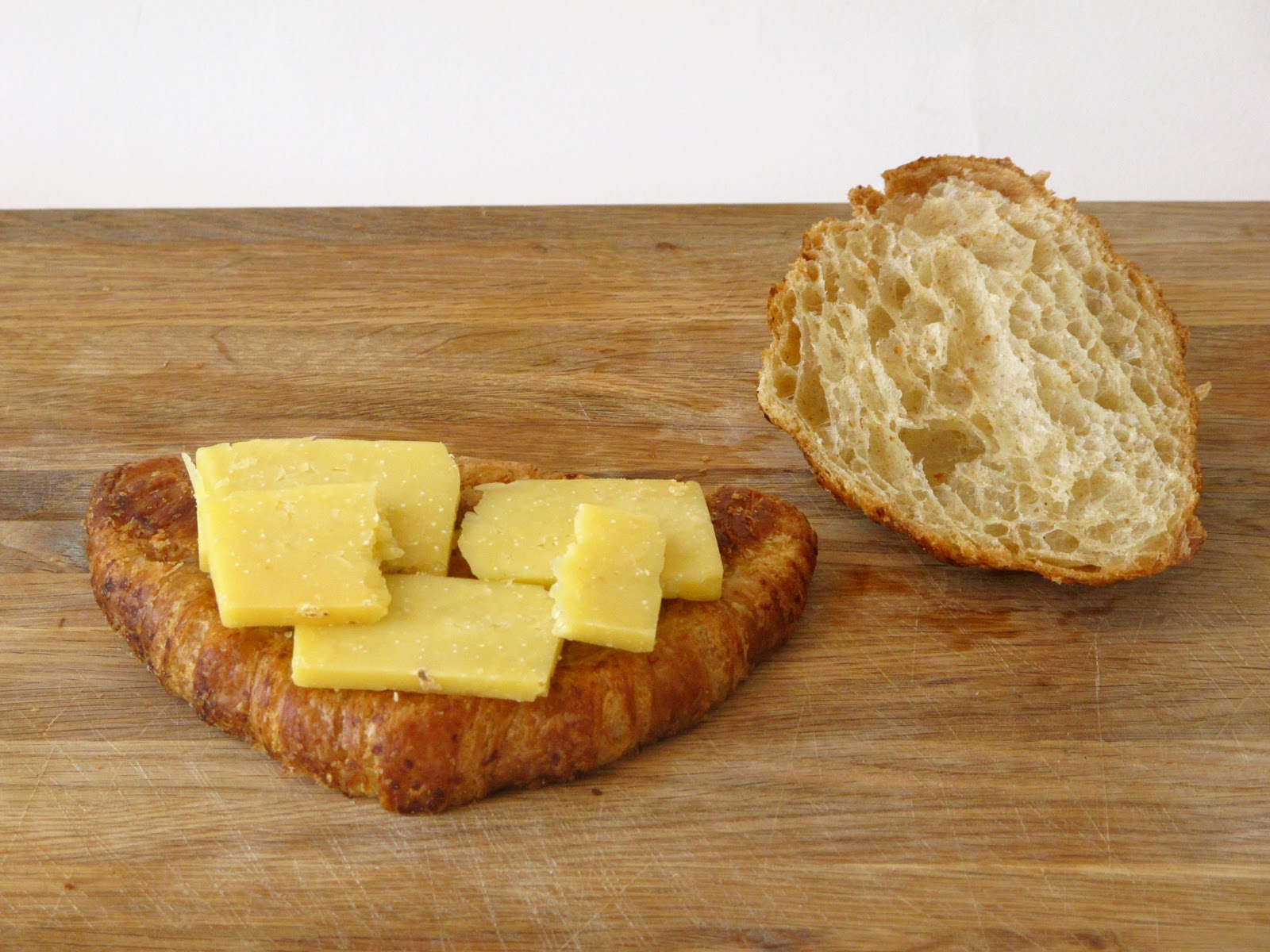 After you get that done, try not to snack to much - break up your bacon and lay it on top! Try to lay it evenly so the sandwich will grill nice and pretty once it's all put together. 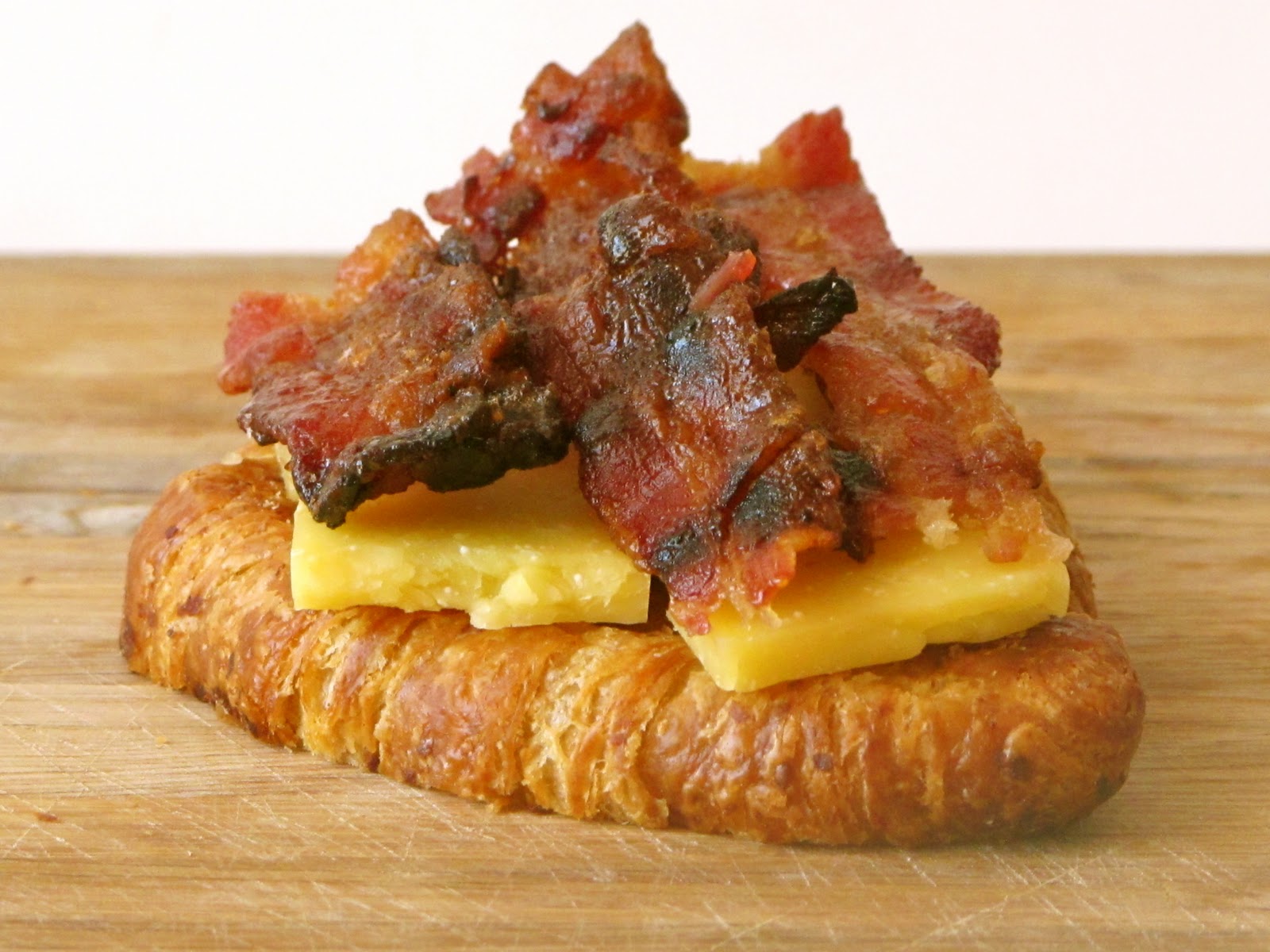 Now it's time for the pickled jalapeno's!  I love these things but I've had a hard time finding some at Whole Foods that I was really impressed with, so I  made my own sorta made my own.

I am absolutely obsessed with McClure's Pickles and they are made out of my lovely borough - Brooklyn!  I know they're expensive and every time I throw down $12 for a jar of 'em I sort of die a little inside, then I eat one and I'm totally revitalized (thank god for my mom, who buys them when she visits!)!  Whatevs though, they're so good, I think it's worth spending that much money because you can use the brine to pickle other things once you've devoured everything in the jar!

If you check their website they give you some recipe's. Once I read their McClure's Round Two I decided I had to do it. Wayyy, wayy, way too easy not to. So I threw in some pre-sliced jarred jalapeno's into the brine and two weeks later I had these little beaut's! And of course, I threw em on the GC. 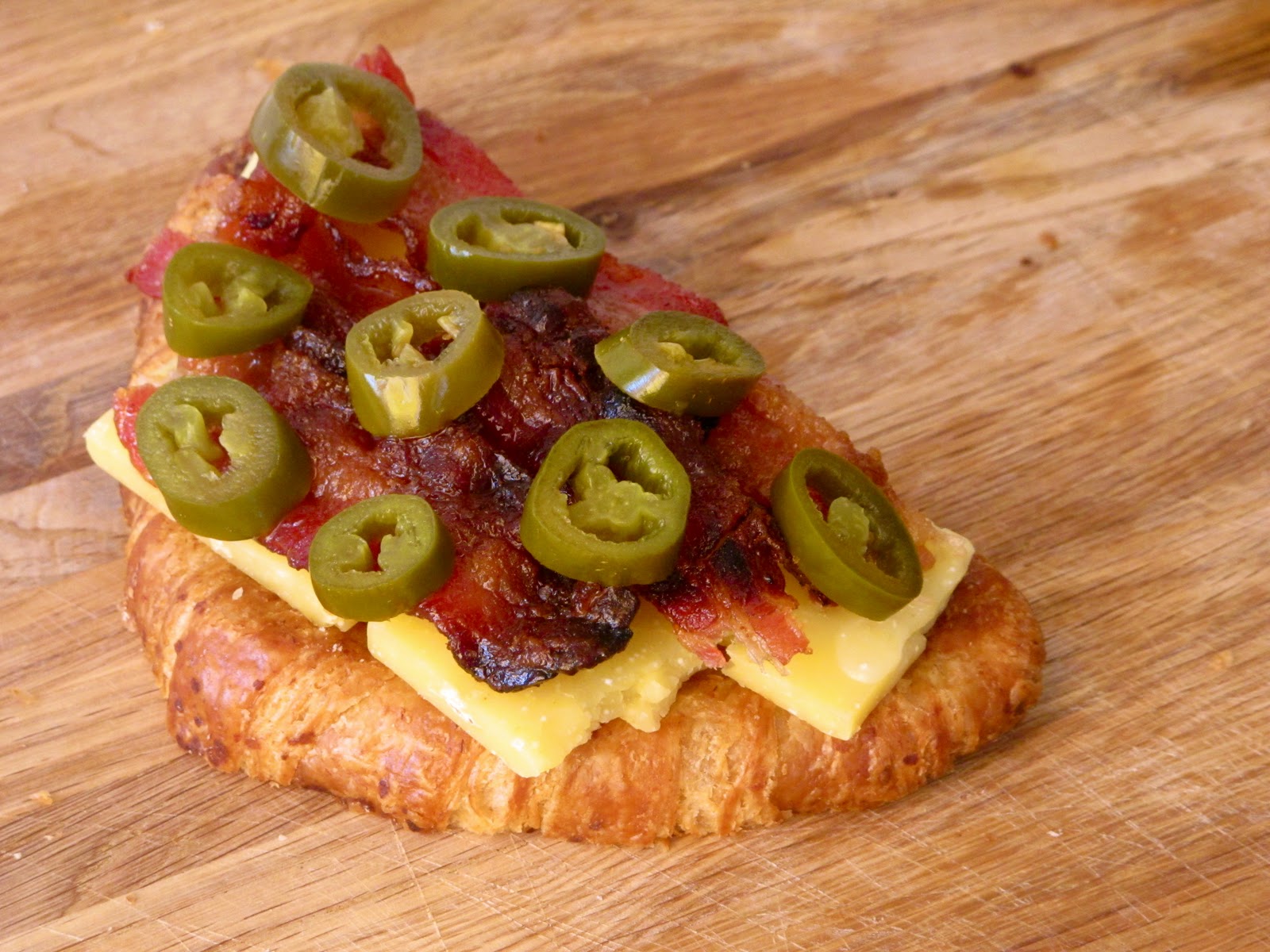 Eeeek! I only added a few jalapeno's because I'm kind of a baby about the spiciness of these little suckers, but feel free to add however many you can eat!  Now put on some more cheese and you're almost done! 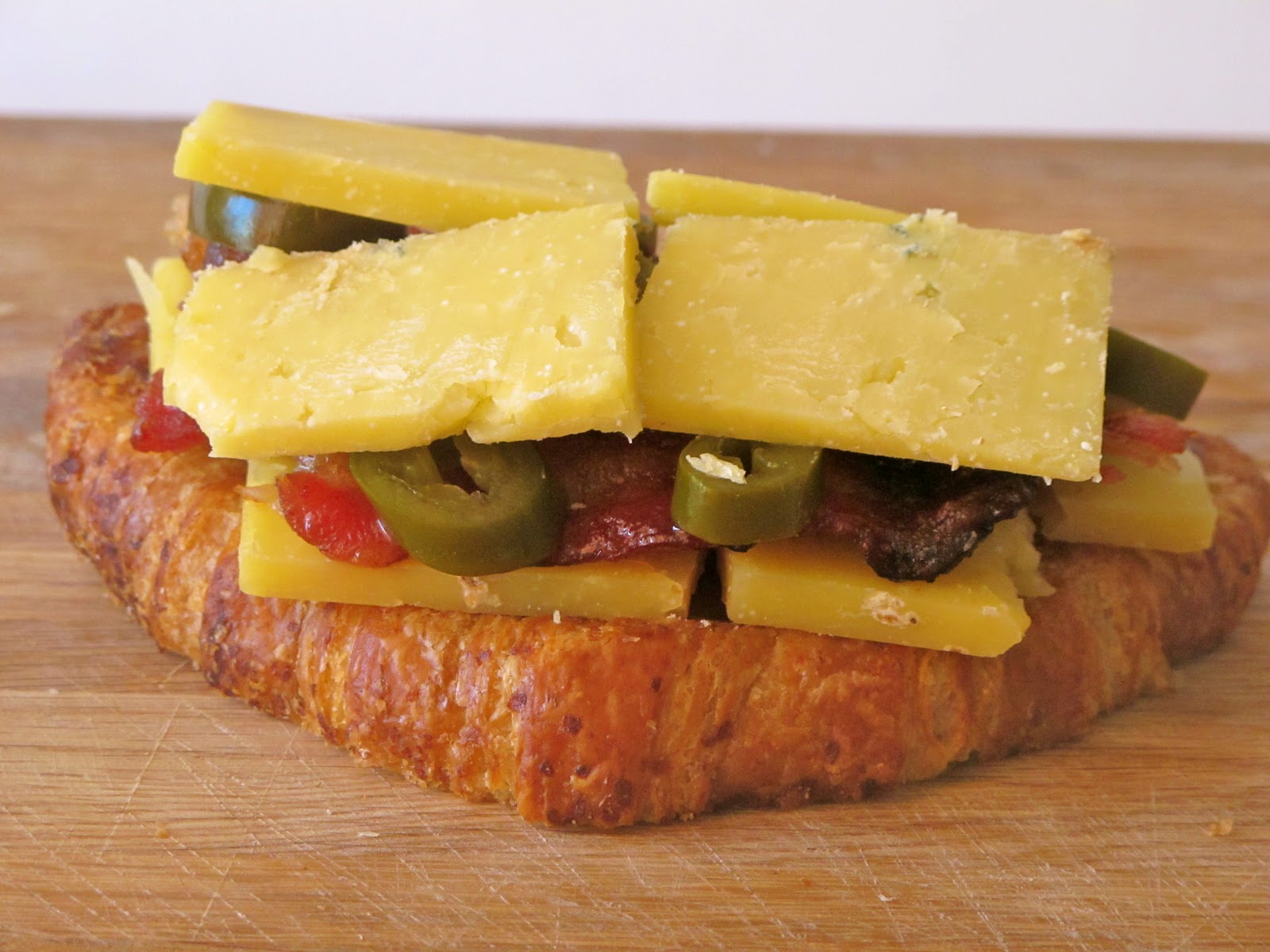 After that, you're going to want to slice off the top of the croissant top so you can eat an evenly grilled sandwich. 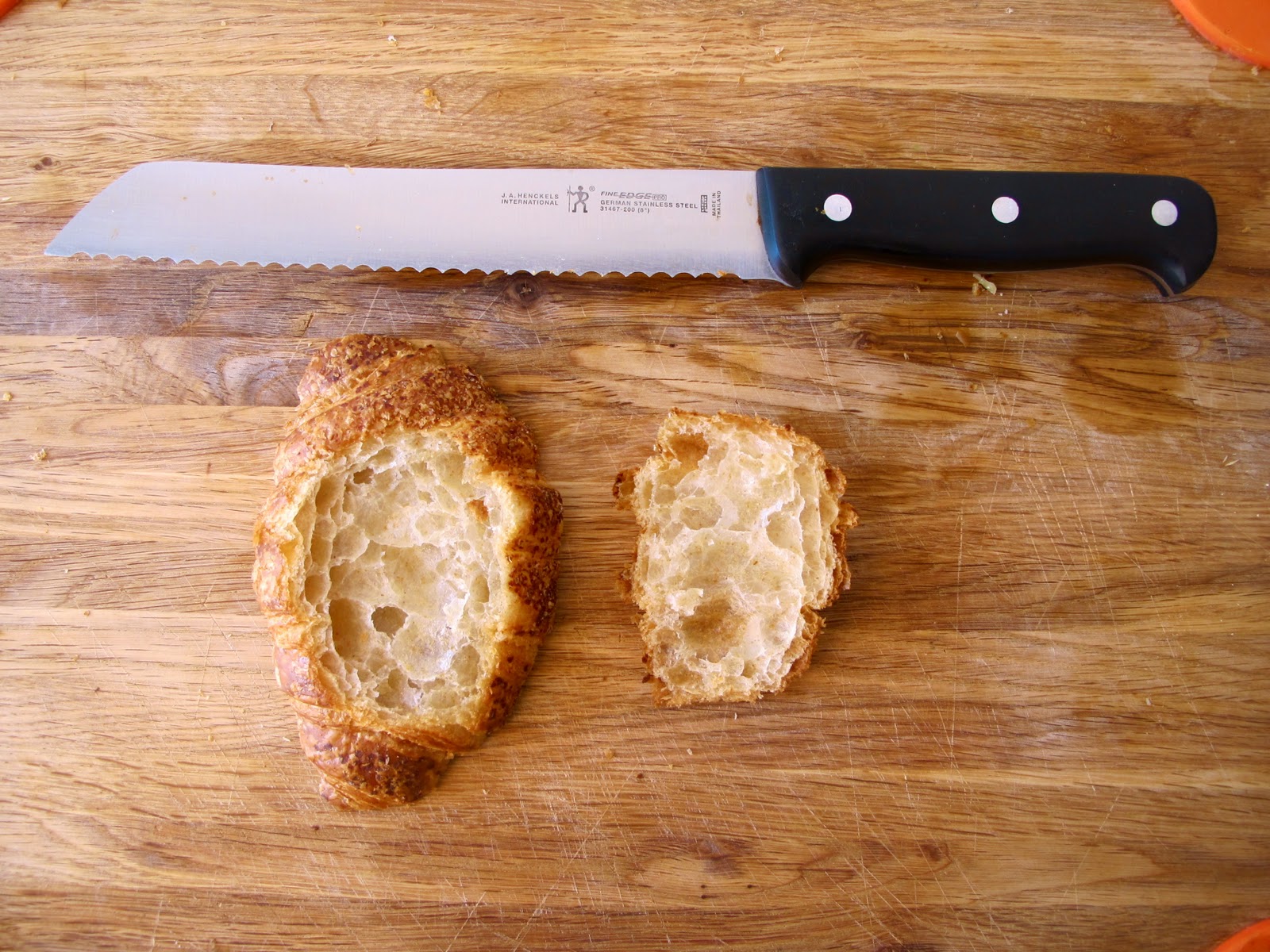 Now lay it on top!

You'll want to turn your stovetop to a very low heat and melt ½ tab of butter in your pan and put the sandwich in.  As it's heating up, take this time to butter the top slice.  I know the croissant is already super buttery, but this is still necessary to get that crispy golden goodness. 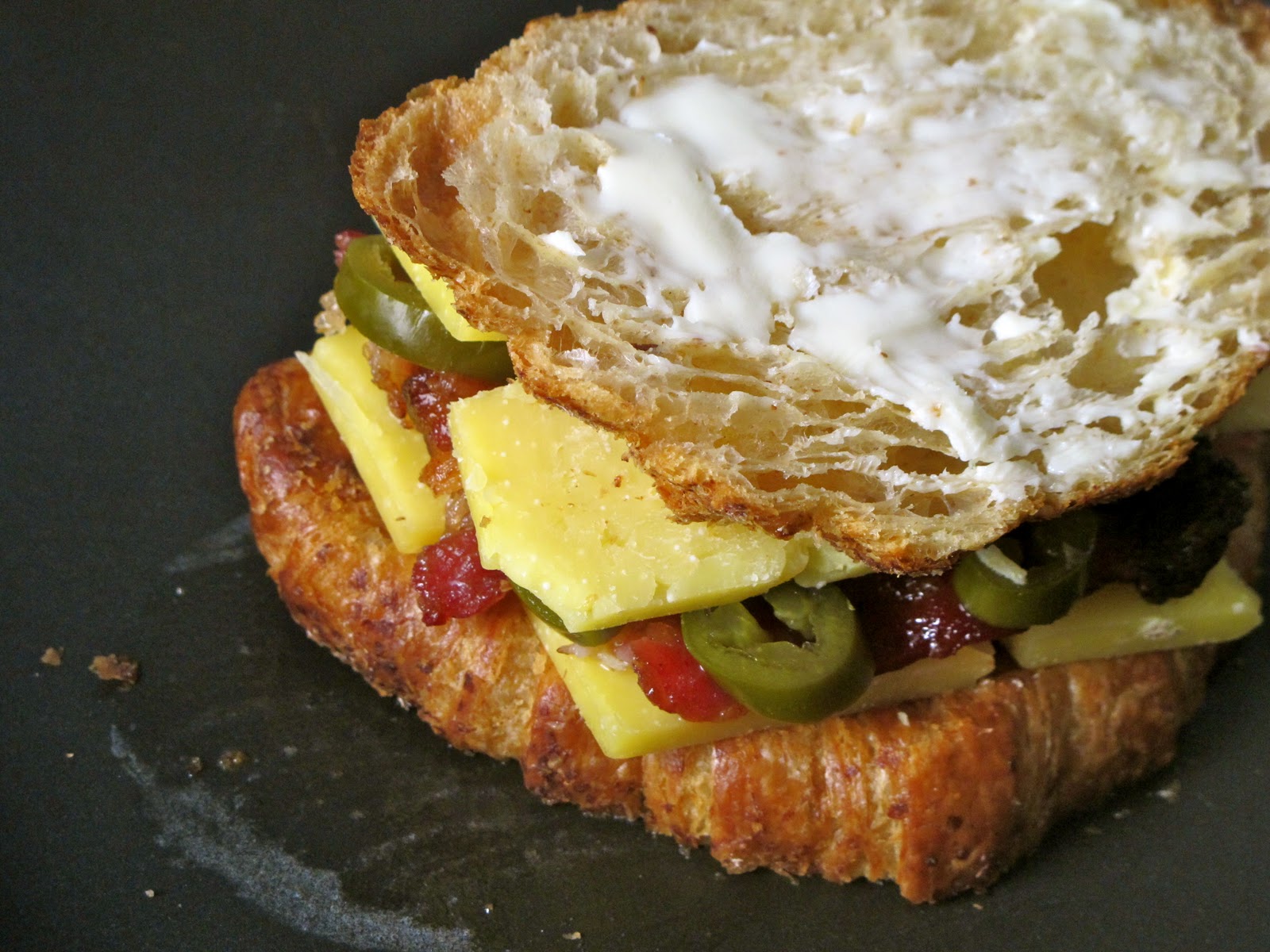 Golden brown yet?? Flip it! 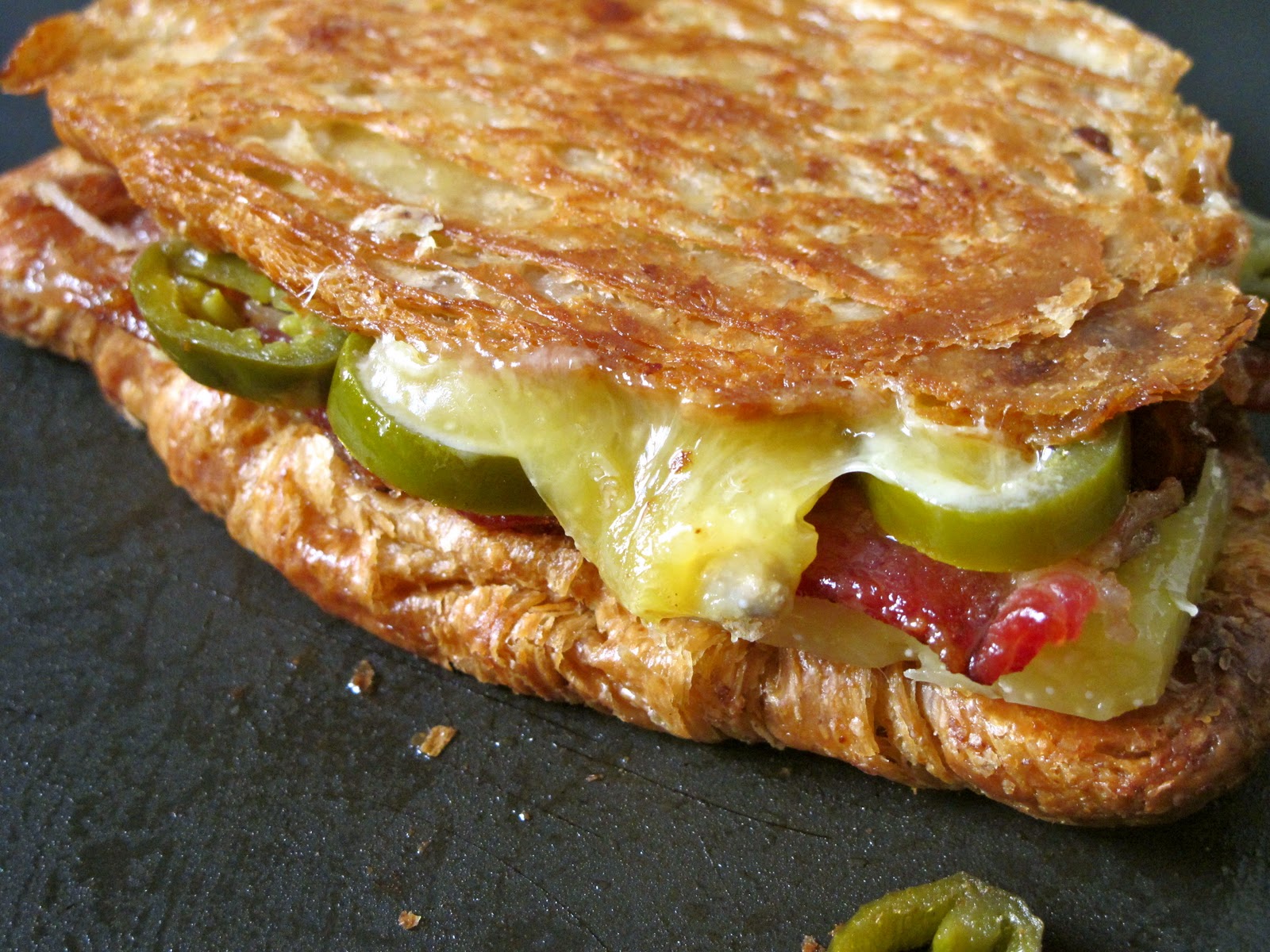 Then when it's like that on both sides, take it out and serve it immediately!

This sandwich is not only buttery, creamy, smooth and crunchy BUT it's also sweet and spicy!  I think this grilled cheese is perfect for when you can't decide what you want because it's EVERYTHING YOU COULD EVER WANT! haha seriously though.