You are here: Home / Recipes / Grilled Cheese Recipes / The East Villager – Butternut Squash Grilled Cheese with Gouda and Bacon
About a month ago I got a ton of emails about some mystery man who was doing a super secret underground grilled cheese delivery service.  I was instantly intrigued and thought it was one of the most awesome things i had ever heard of.  Well guess what?! I finally got his number and today my pup and I met him and swapped sammie’s in the east village.  It was a lot of fun to meet another grilled cheese enthusiast and his GC was fucking delicious (and he wasn’t too hard on the eyes either)!  Anyways, this is what I made in return! 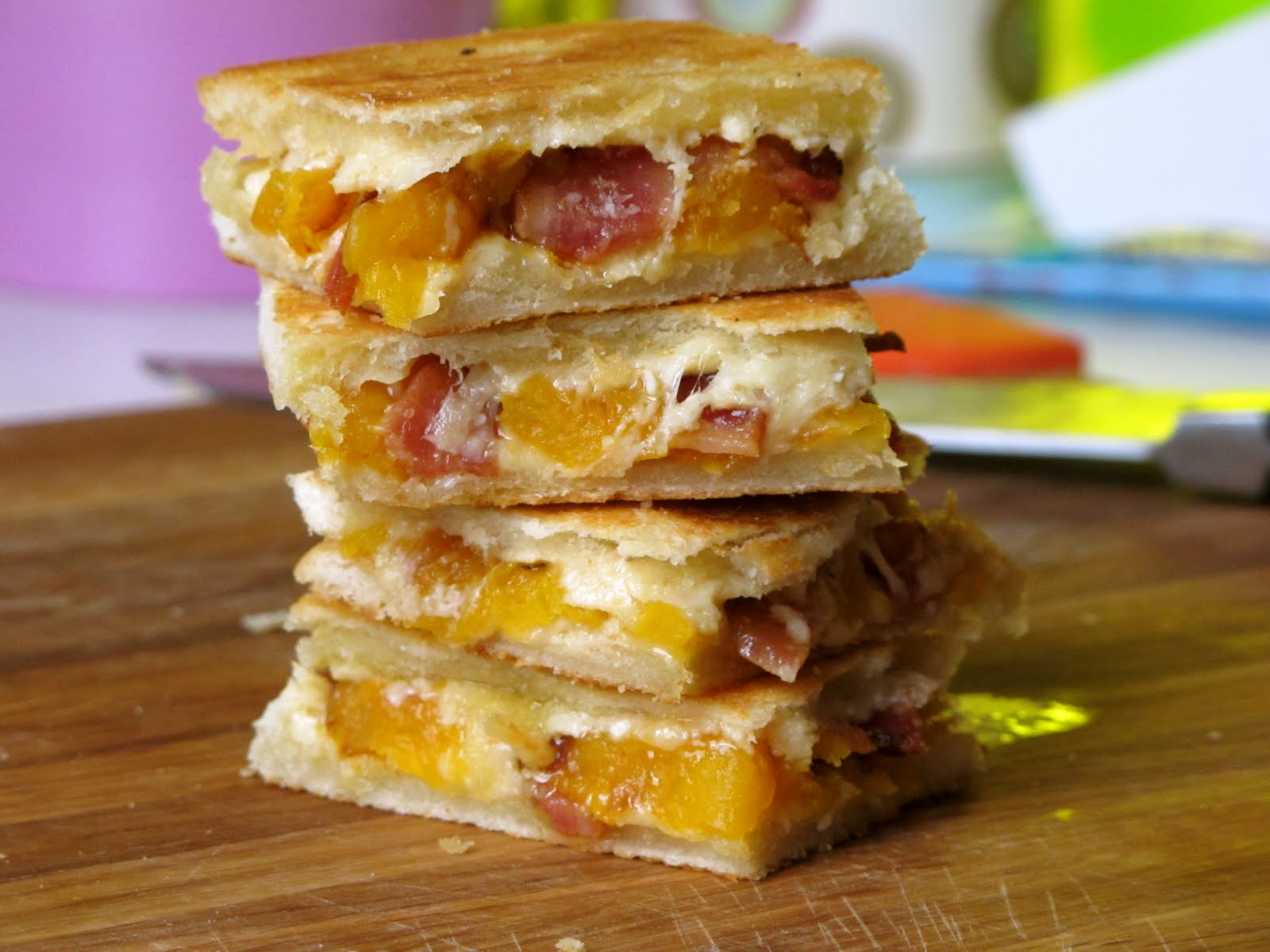 Here’s what I used: 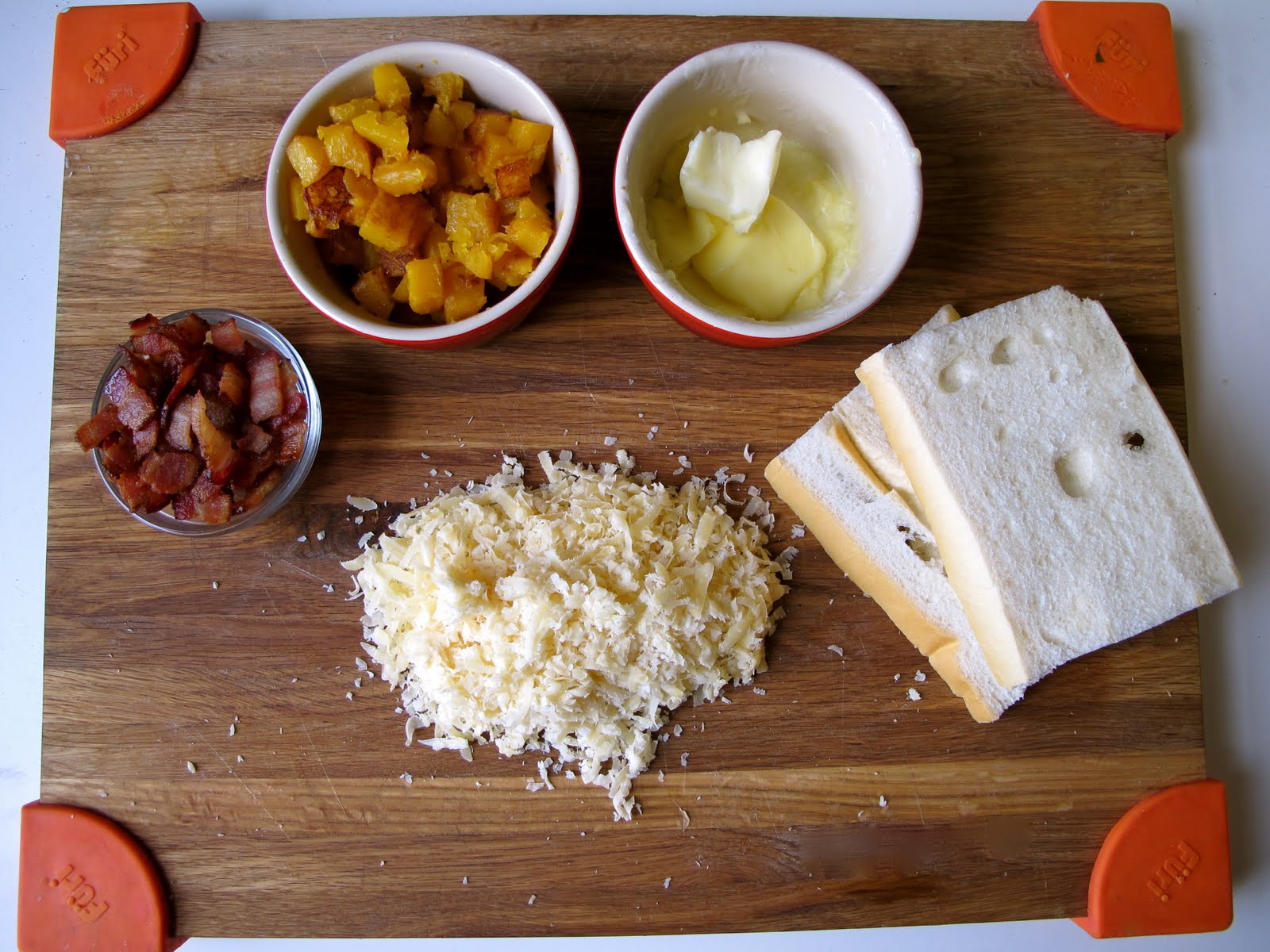 After you’ve gathered all your ingredients, put half the cheese on one of the slices of bread. 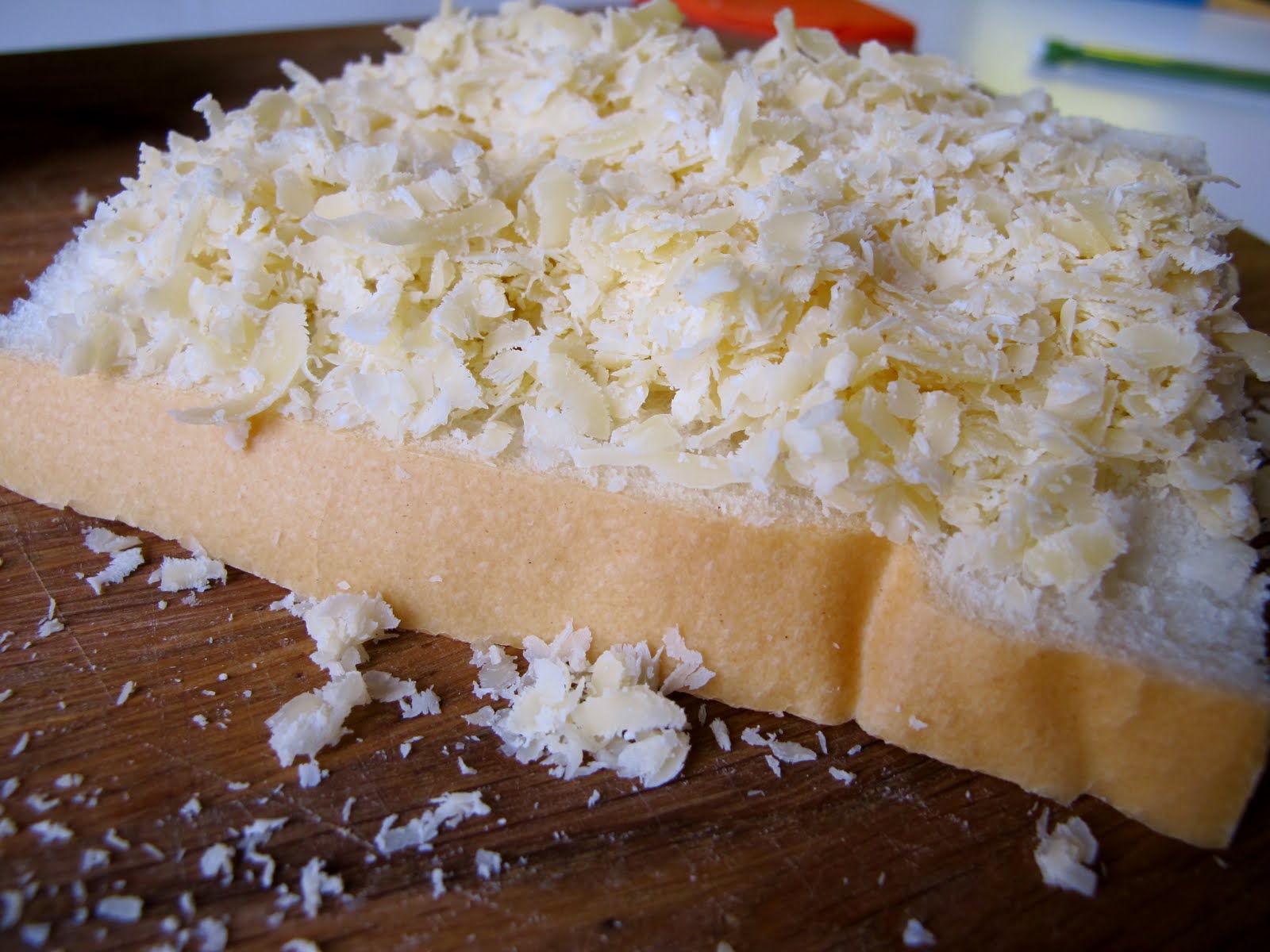 Now put some of the cooked butternut squash on there! 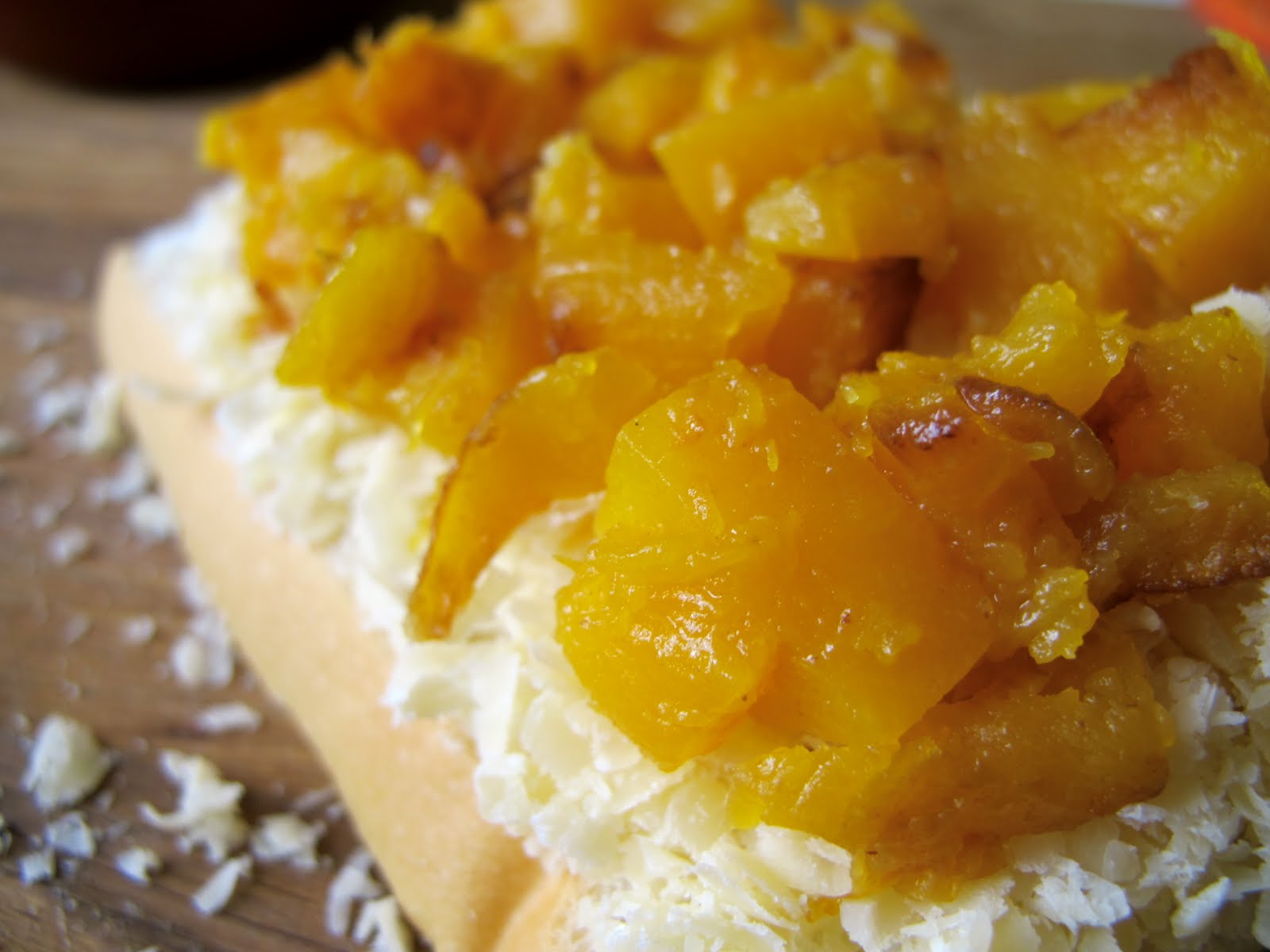 Pretty, right?! Ok now if you didn’t eat all the bacon, put the rest on top. 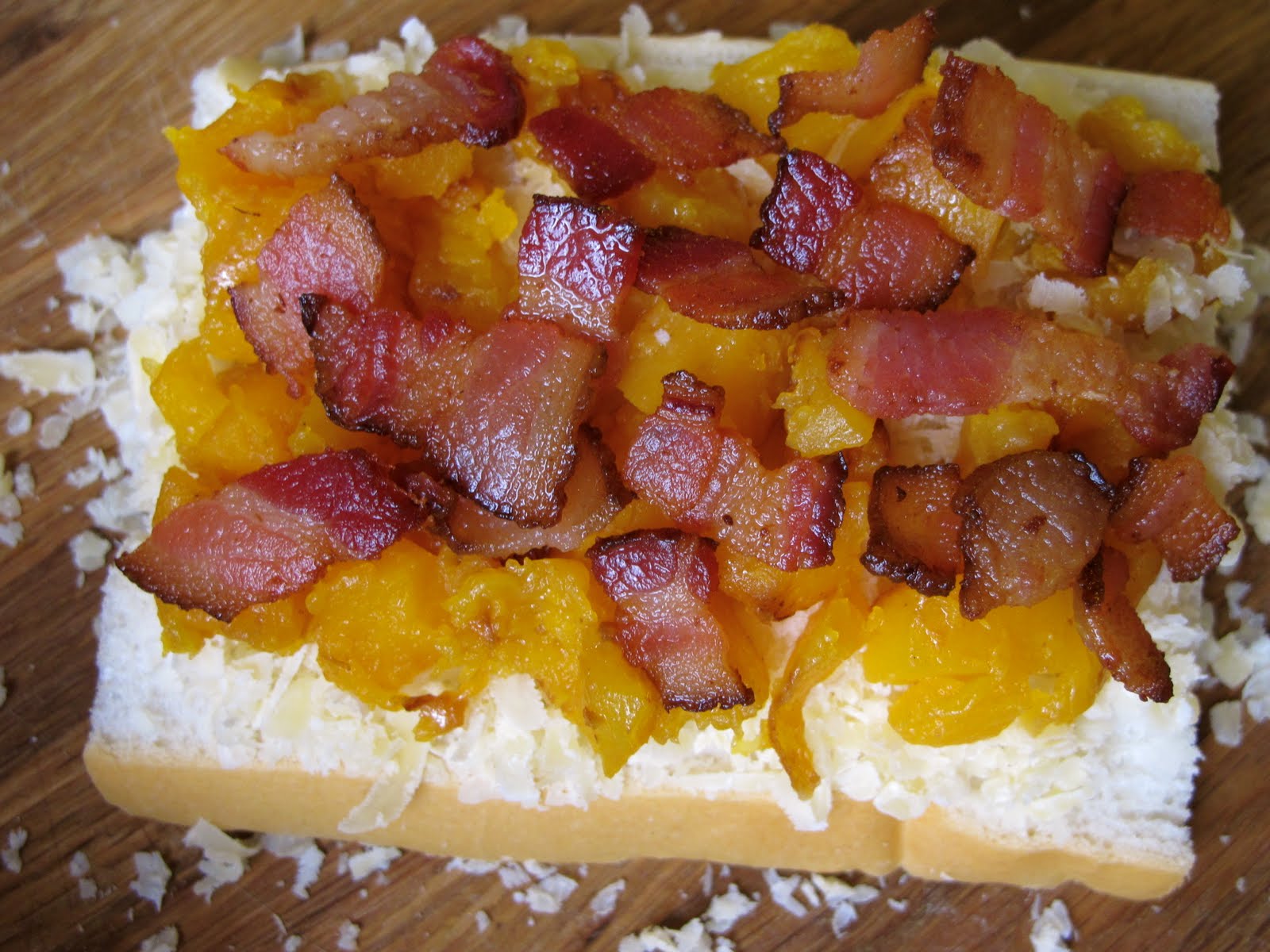 It gets kind of tall at this point, but be brave and sprinkle the remaining cheese on top. 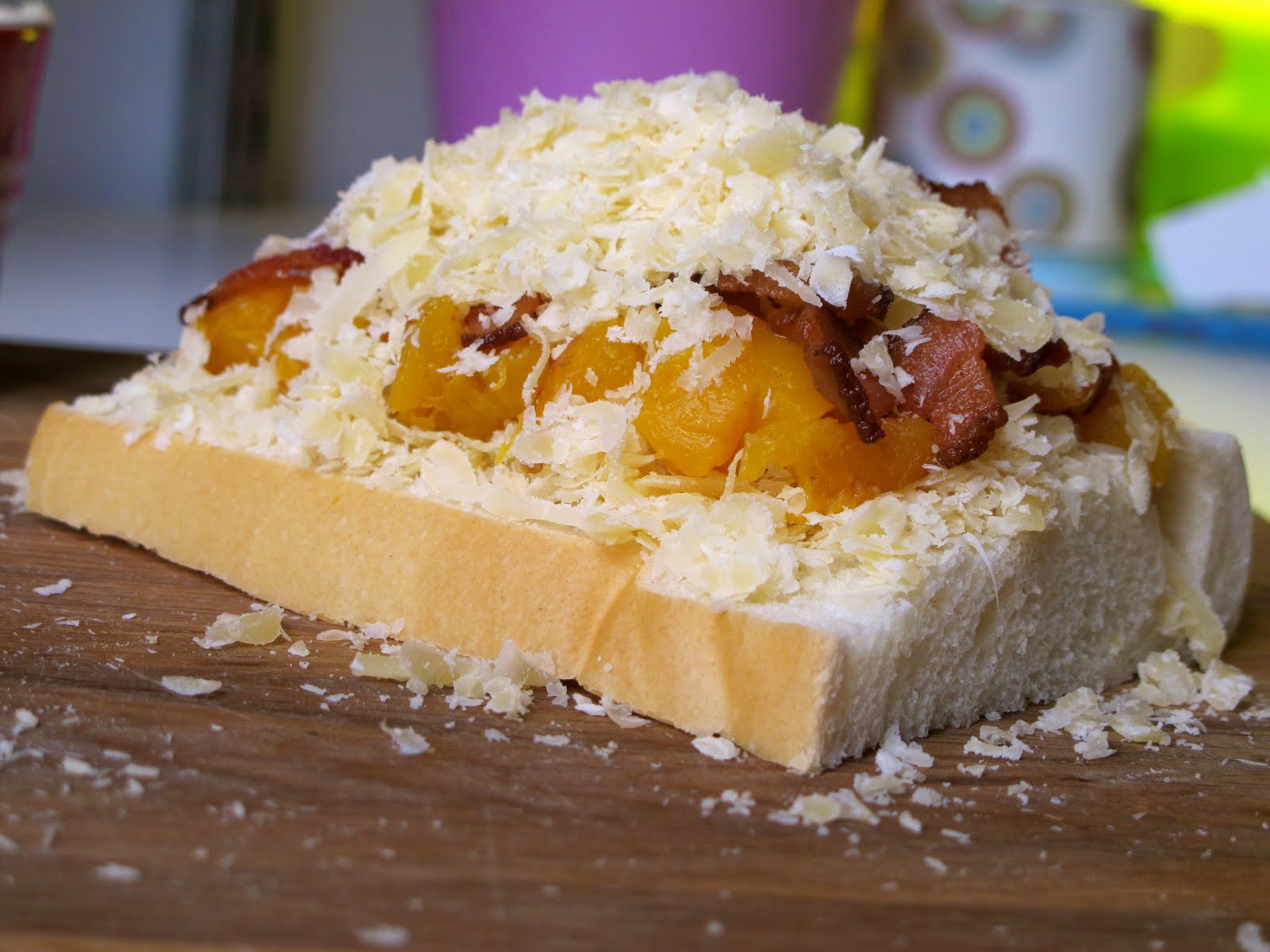 Now it’s time for the topper! 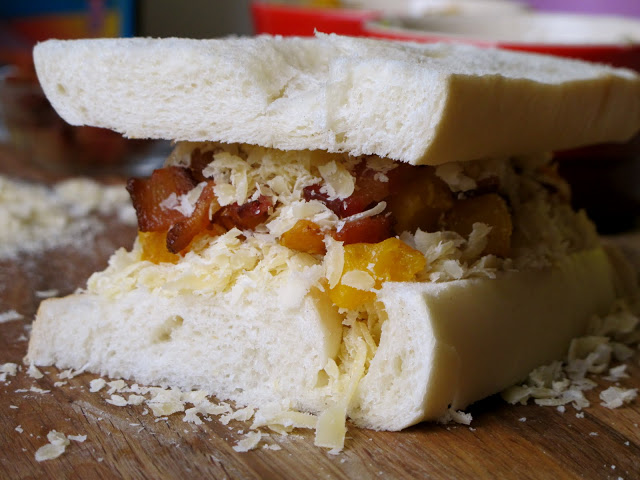 So at this point turn up your burner to medium and get your press hot.  Then put a tab of butter directly into the skillet and let it melt.  Once the butter is evenly melted, carefully put the GC in there and put the press on top. 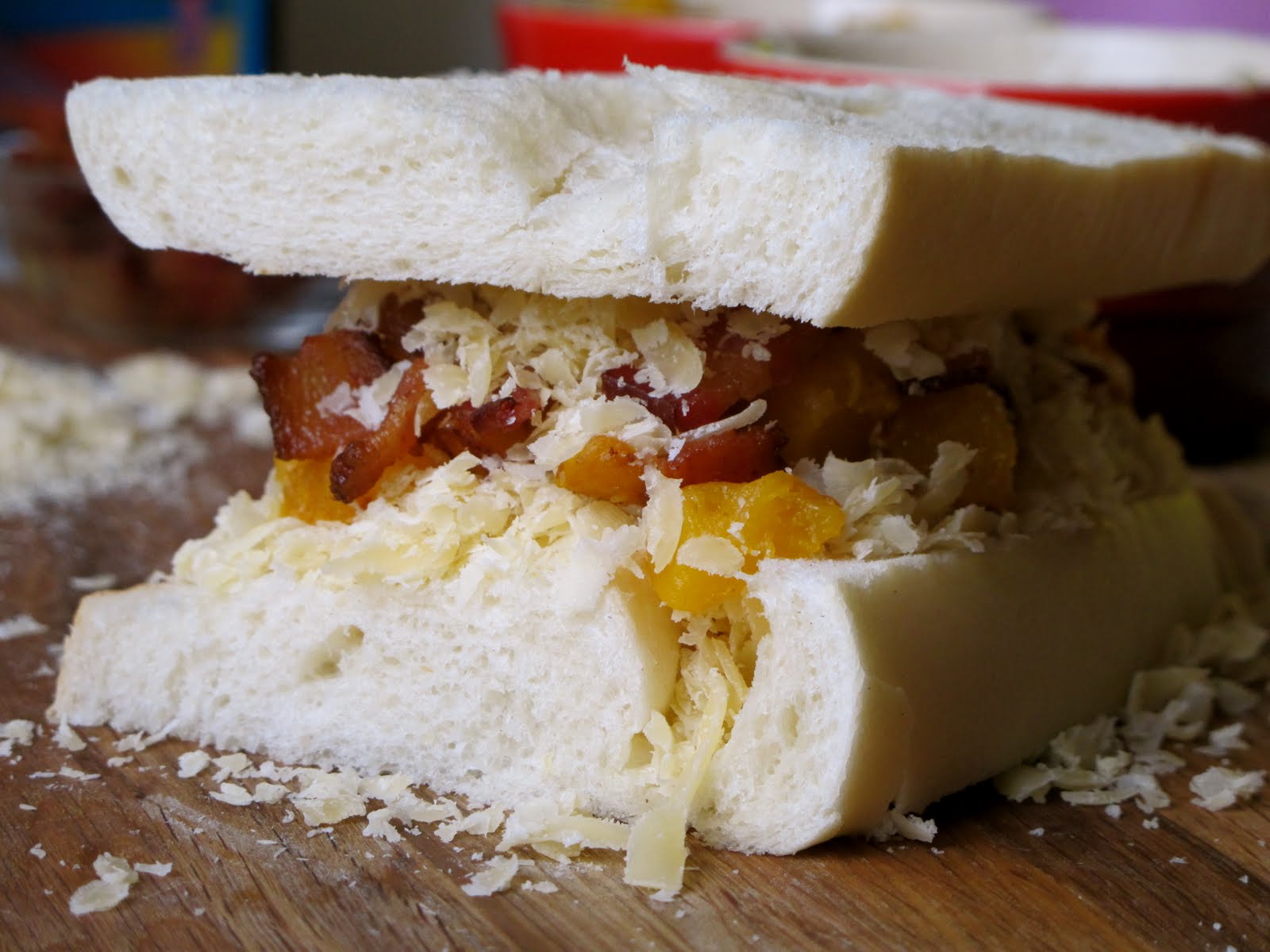 After about a minute or two it should be a nice golden brown.  At this point you’ll want to pick it up with your spatula and toss in the remaining pad of butter.  Let it melt like before then flip the GC and put it back into the butter. 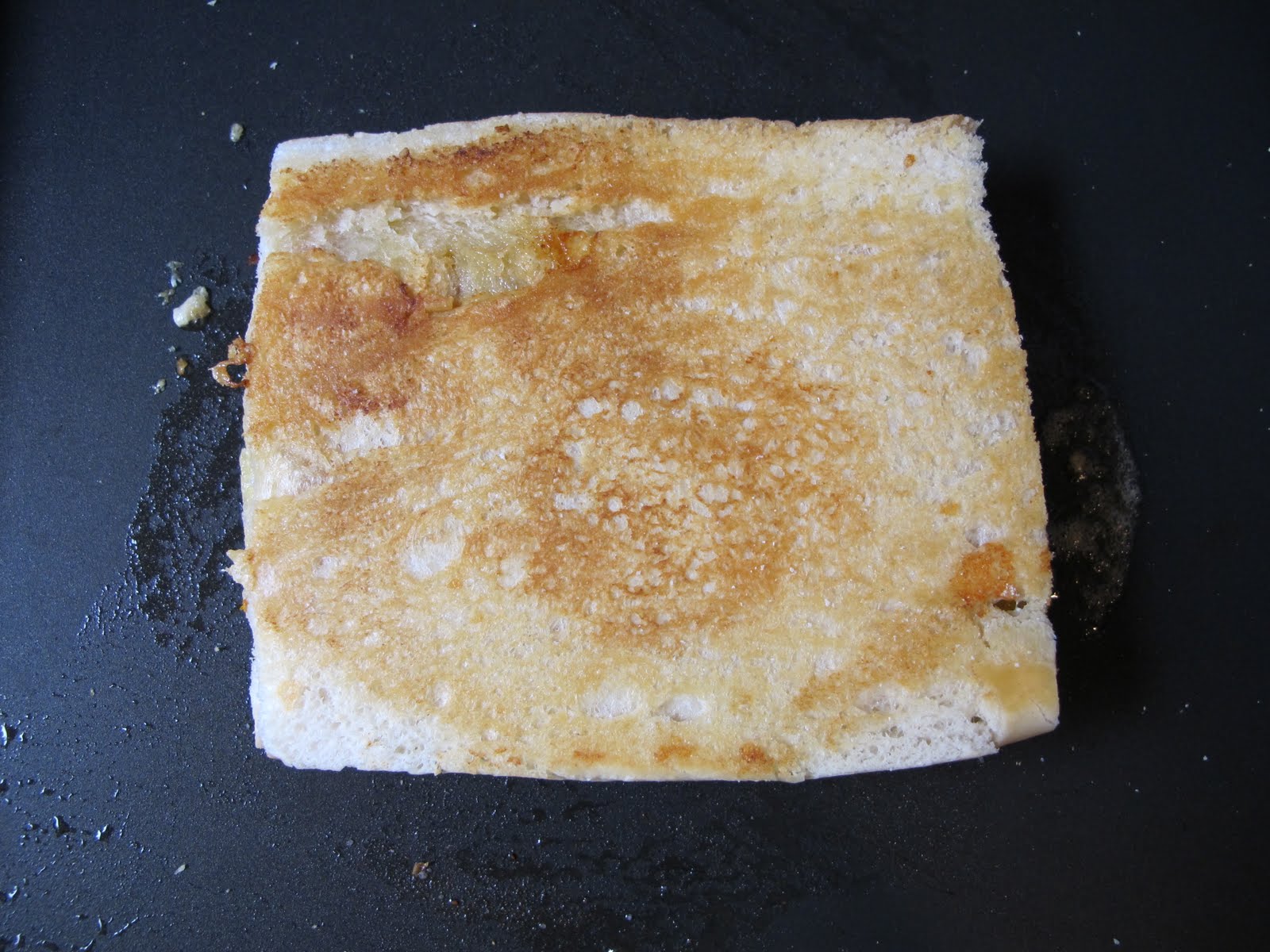 Then when it’s like that on both sides take it off, slice it and eat it as quickly as you can.

Be sure to check out bread.butter.cheese on twitter and good ole’ facebook.  You can find his number on either of the sites and if you live in the area I def recommend hitting him up for dank-licious sammie. Thanks Ronnie! yay!