This GC is inspired by one of my best friends – Kristine. I lived with this lovely lady for three years and have seen her go from barely knowing how to boil water to being a brilliant chef-in-the-making. She came up with this recipe after we took a trip to Boston and ate at this great cafe called TRIDENT. Although the ingredients were originally in the form of an omelette we decided to turn it into a grilled cheese! 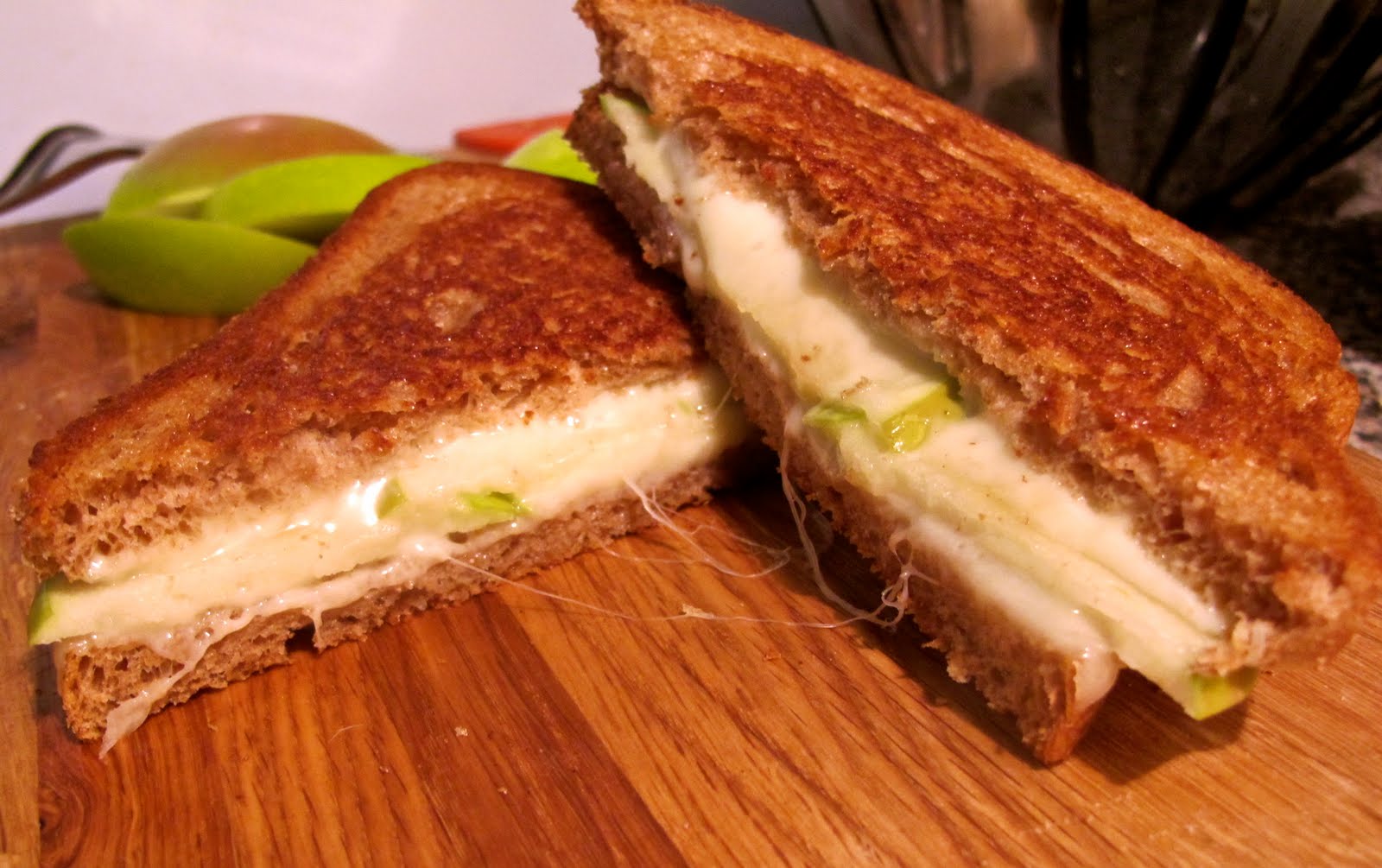 So what’d we use? 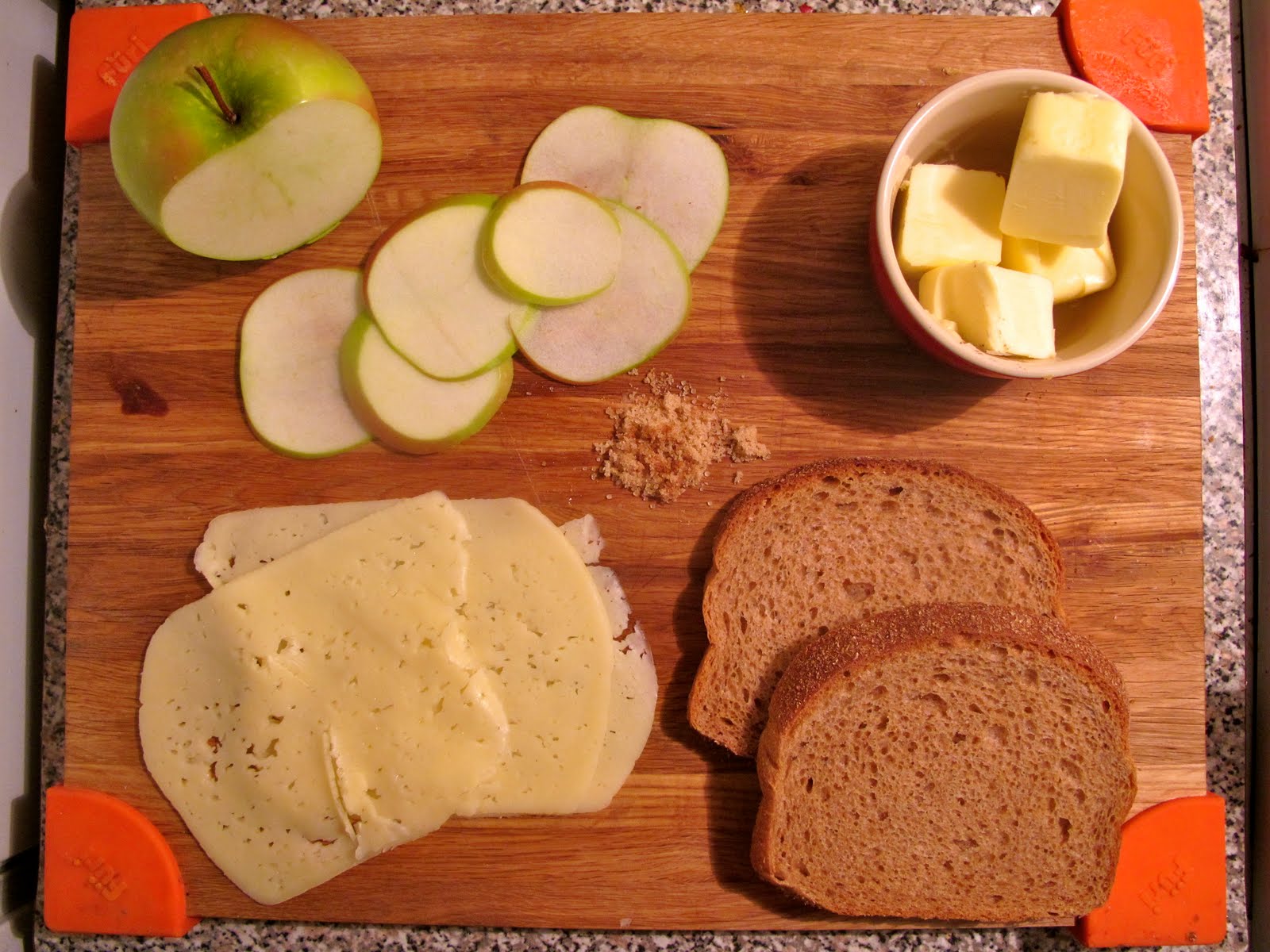 The first thing we did was layer the cheese on both sides of the bread. Next we tried to lay the apple slices evenly so it would make the sandwich more sturdy while it was grilling. 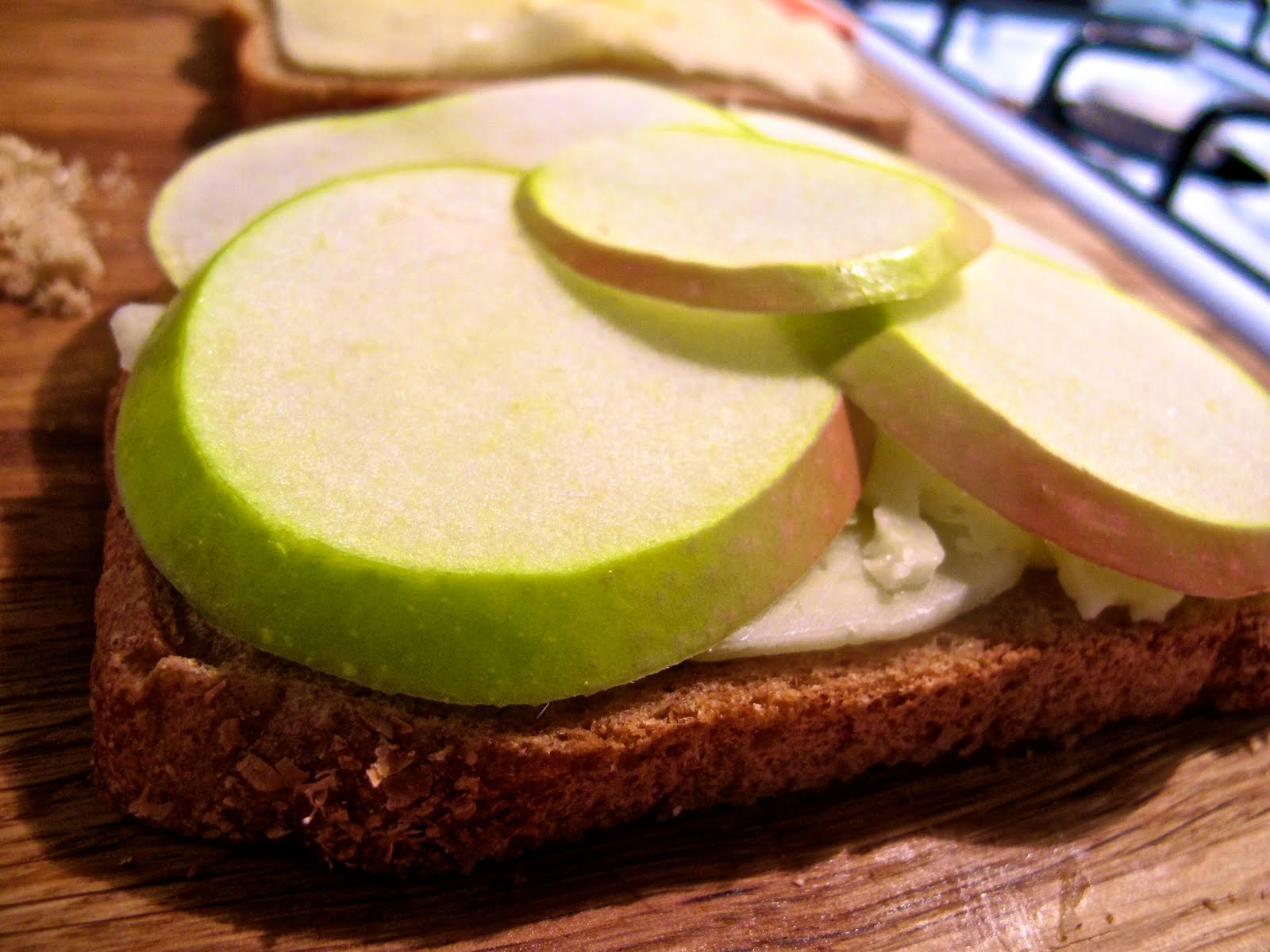 After we found we did a good enough job we sprinkled a pinch of cinnamon and sugar over the apples. I did this because I thought it would give the apples a little extra kick when it heated up. If you’re not really an apple fan you could caramelize the apples using a tablespoon of butter, the apple slices, a tablespoon of brown sugar and a pinch of the cinnamon sugar. Just melt the butter over medium heat, add the spices and drop in the apples, cooking until tender and golden. This will make them more tender, less tart and damn good. 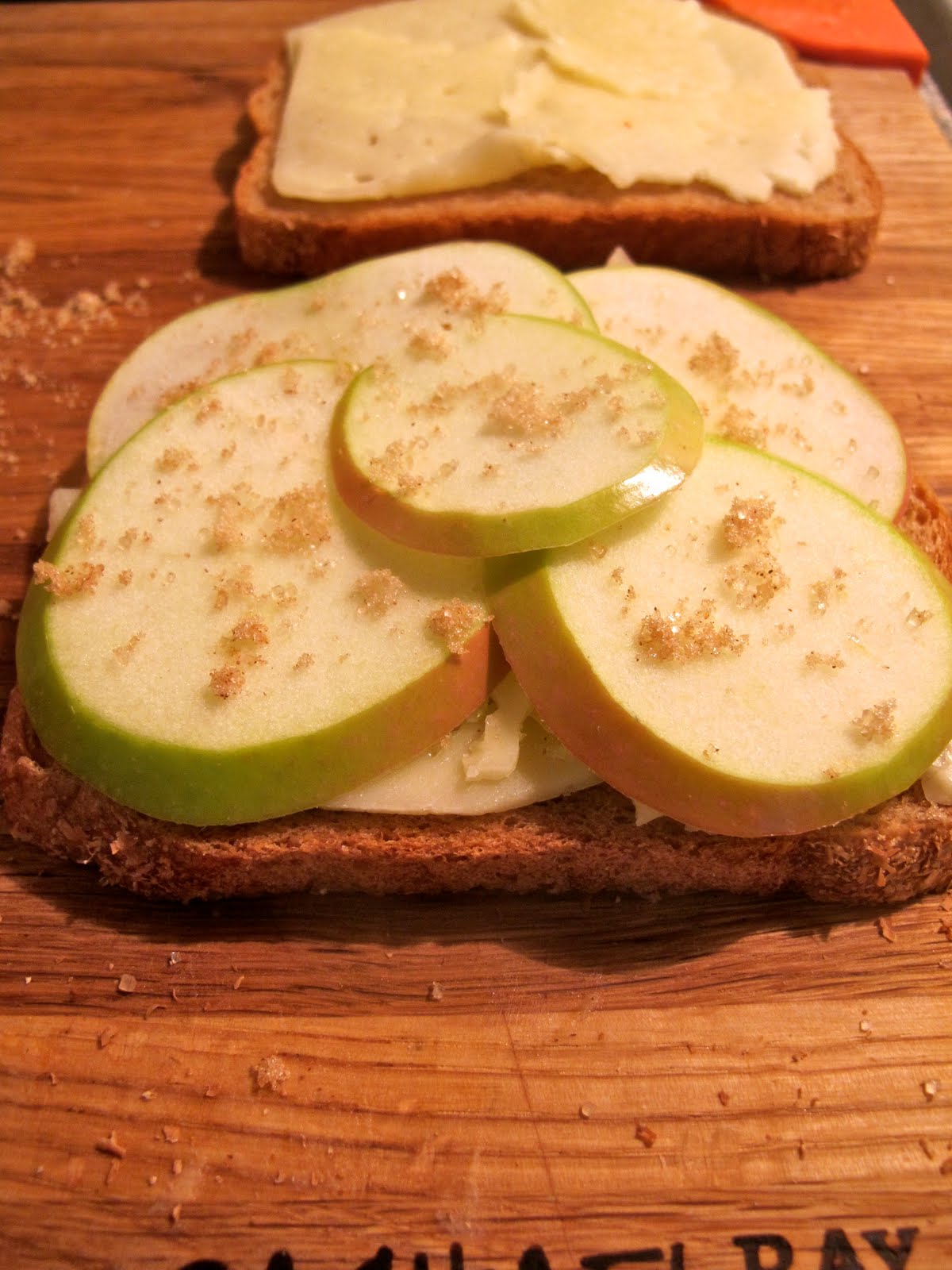 Then we put the pieces of bread together and slabbed on some real butter. 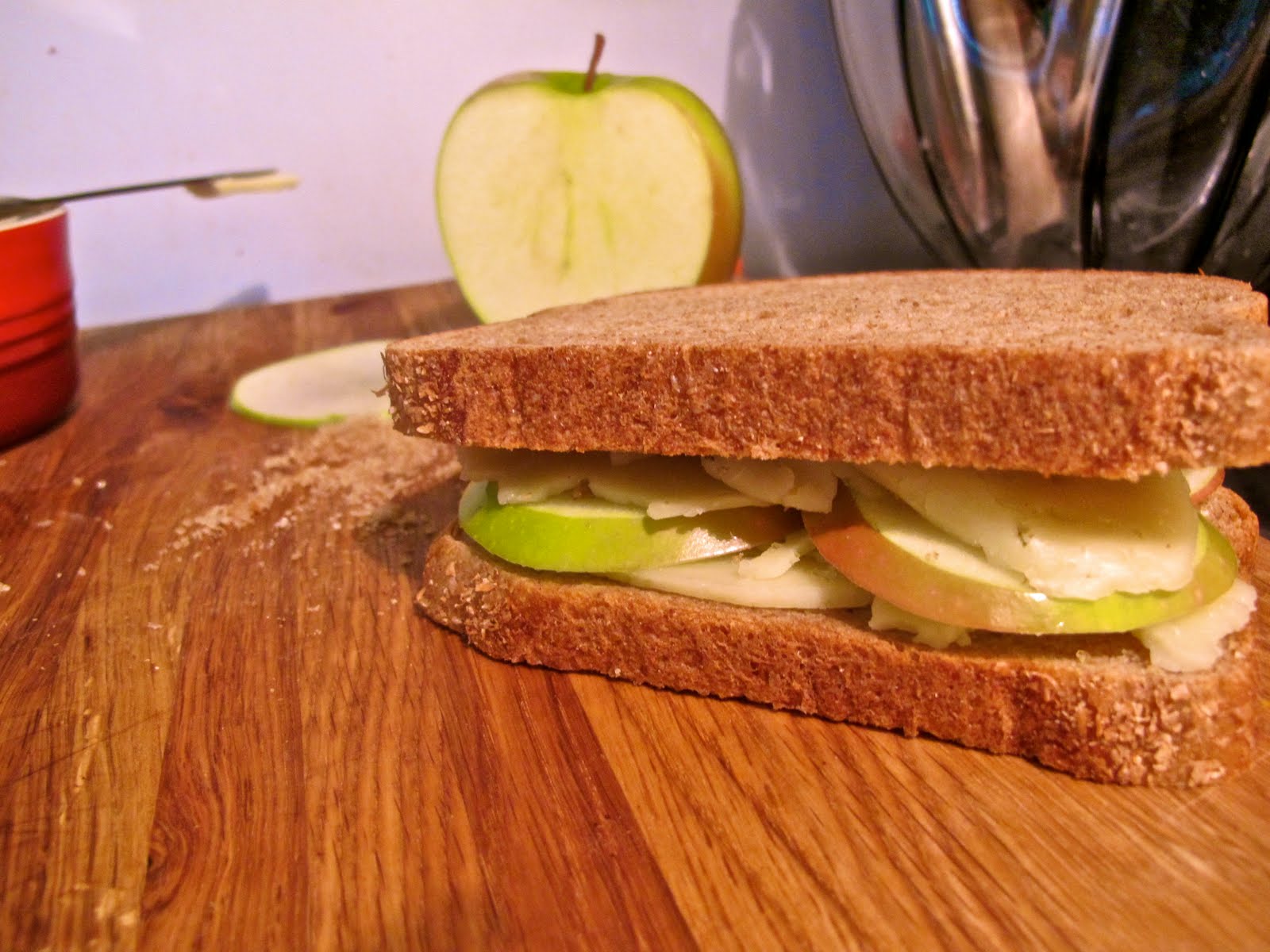 I put the heat to medium/low on my skillet and set my little buttered baby right in there. I chose this heat because I really wanted the apples to soften before the bread got crunchy. The cheese also melted slowly which helped tenderize the apples. 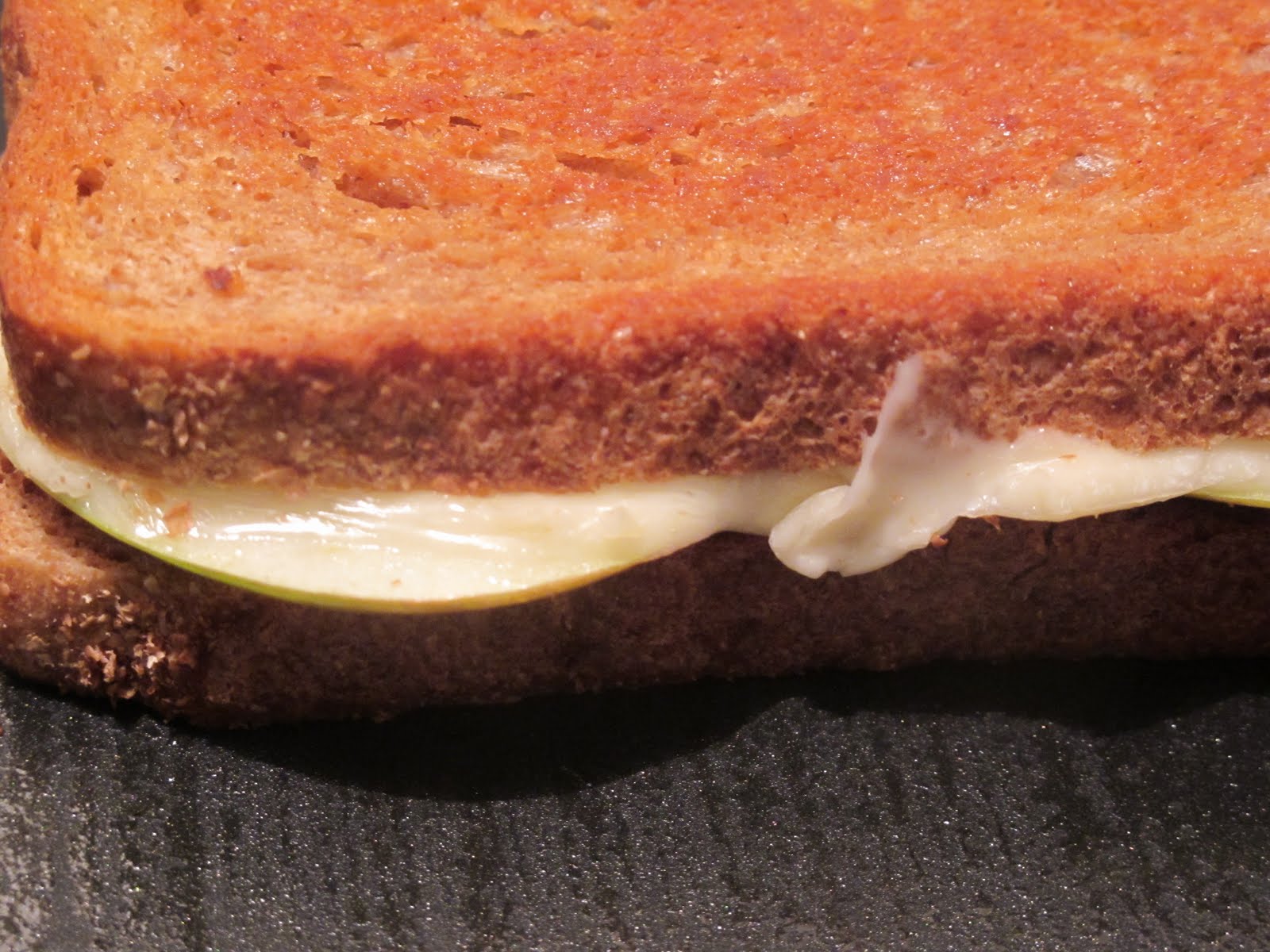 This probably cooked for about five minutes on each side. If you realize that the inside ingredients seem ready (the apples have softened and the cheese has melted) then you can always just kick up the heat to finish off the bread. However, if you like your apples crunchy feel free to put the heat higher to just melt the cheese and brown the bread. 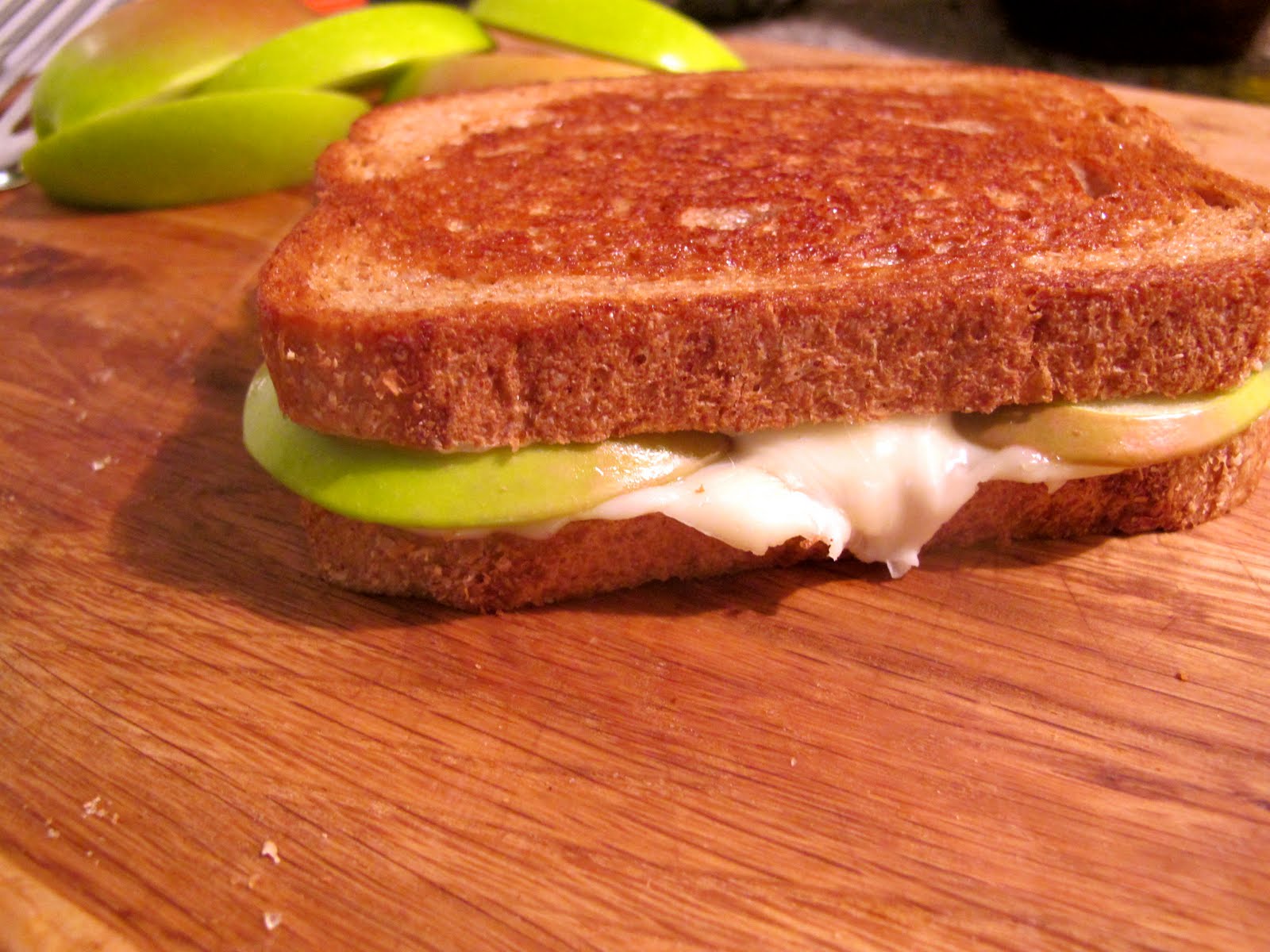 After we pulled it out of the skillet, we let it sit for about a minute and sliced it with a very sharp knife because the apple peel was kind of tough! And it looked like this…

Remember, an apple a day keeps the doctors away. But, half an apple in a grilled cheese tastes a hell of a lot better!