You are here: Home / Recipes / Grilled Cheese Recipes / The Mother Teresa – Poptart Grilled Cheese with Brie, Pear, and Bacon
Guest Blogger Alert! Wooooooo!! I’ve never done this before so I’m super stoked to introduce my first guest blogger – Jordan Kinley.  I met Jordan a few weeks ago through my good buddy Andrew.  Although Jordan lives in Portland, he was in New York working with his film company Into The Woods. Within the first five minutes of meeting, we started talking about grilled cheese sandwiches (typical, i know) and Jordan proceeded to blow my mind with a little concoction he invented one late and bent night. I knew this ridiculous GC needed to be on my blog so Jordan and his friend Miliken (both of Into the Woods) came over and taught me how to make it.  Watch the magic happen… 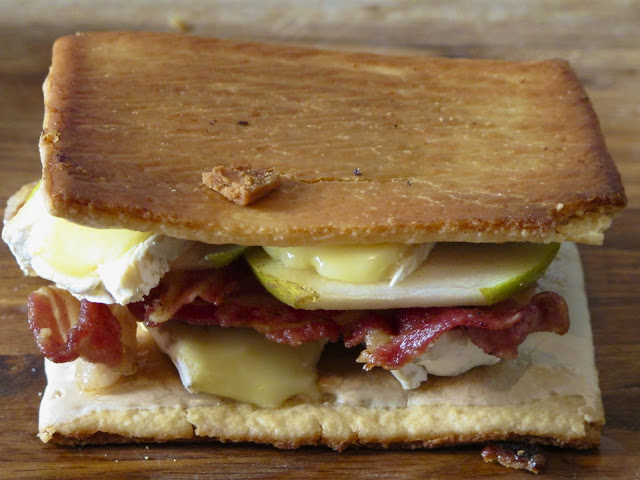 When explaining the sandwich, Jordan said “i don’t know what else to say except that i first made it at 2am one night and it was one of those things that was either going to be really good or really bad. The first prototype was just Pop-Tarts and bacon. and that was good but i thought it was a little bit white-trash so i decided to class it up with brie and pear. The first few people i made it for were totally disgusted by the idea of it and laughed at me up until the first bite”

Class it up, was right. 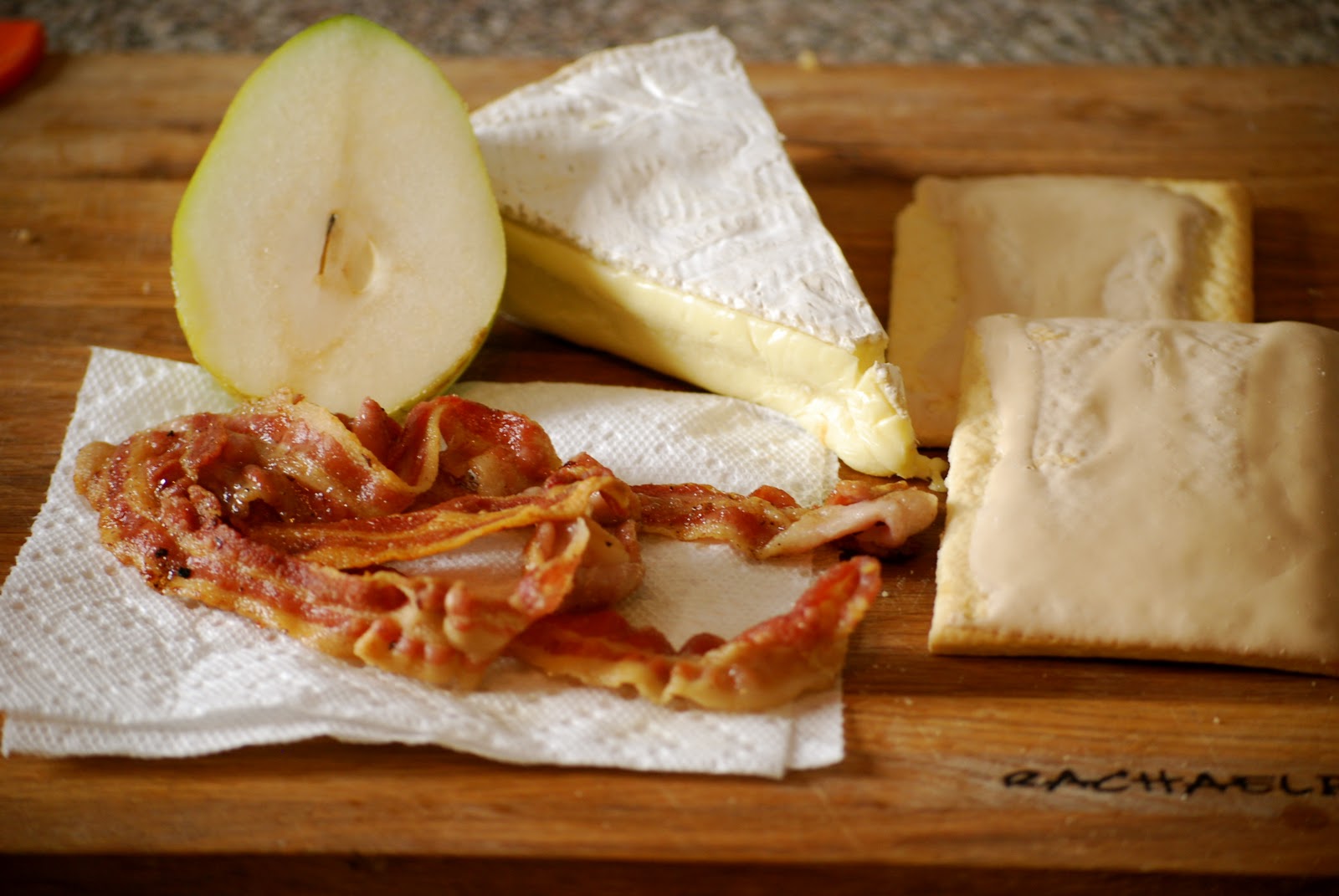 The way you make this grilled cheese is just as unique as the ingredients he chose.  The first thing you’ll want to do is to start to pan-fry the bacon.  Put your heat on medium-low and lay the bacon in there. 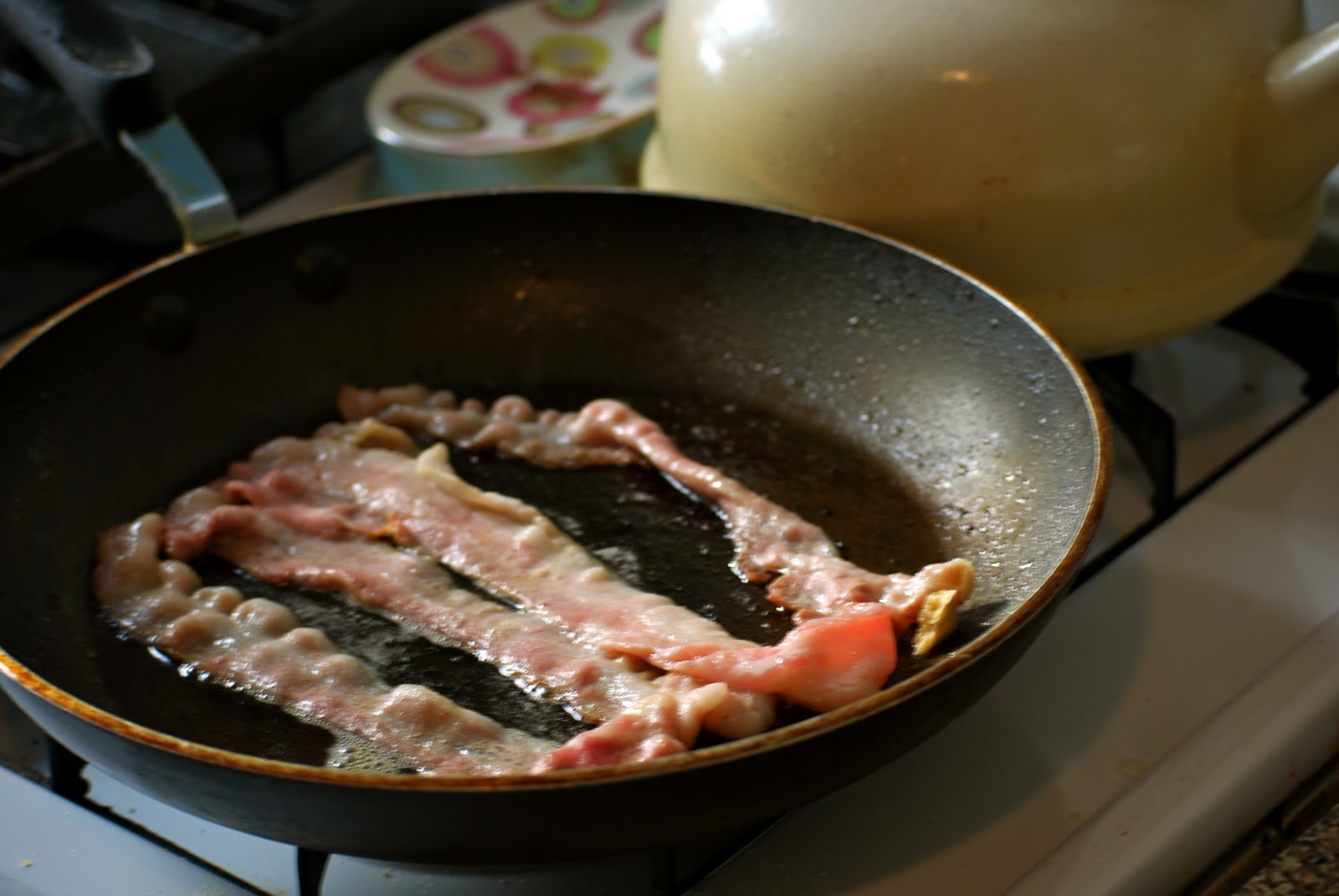 on top (frosting side up) of the cooked bacon.  Jordan recommends flipping the Pop-Tarts onto the frosting side at the very last moment and grilling it for about 30 seconds because of how quickly it melts. 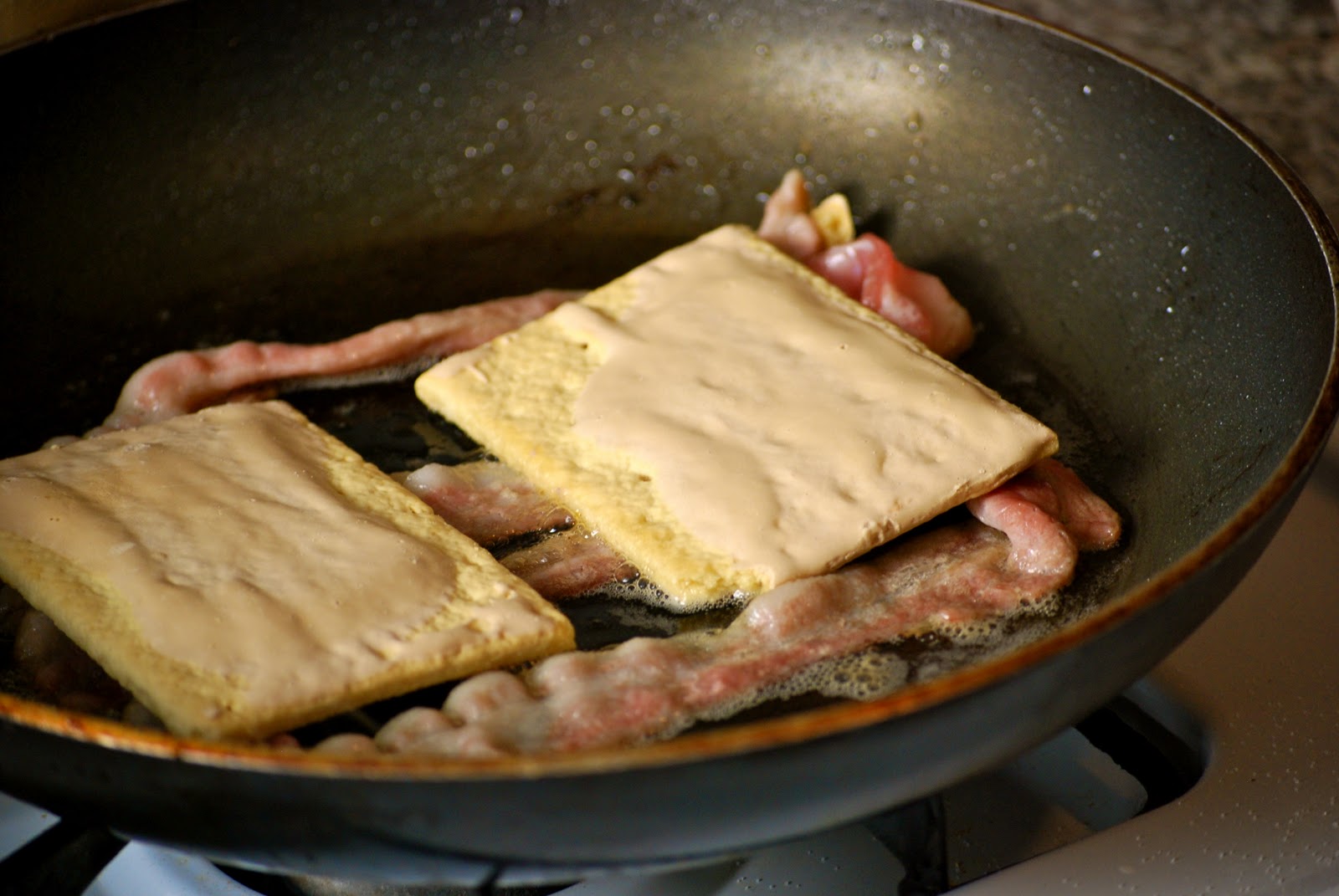 After you’ve grilled both sides, you’ll want to add the sliced brie onto the frosting side of the Pop-Tarts.  Because brie

is such a soft cheese, it melts pretty quickly so it should only take about another minute or two before you’ll need to take everything out of the pan. 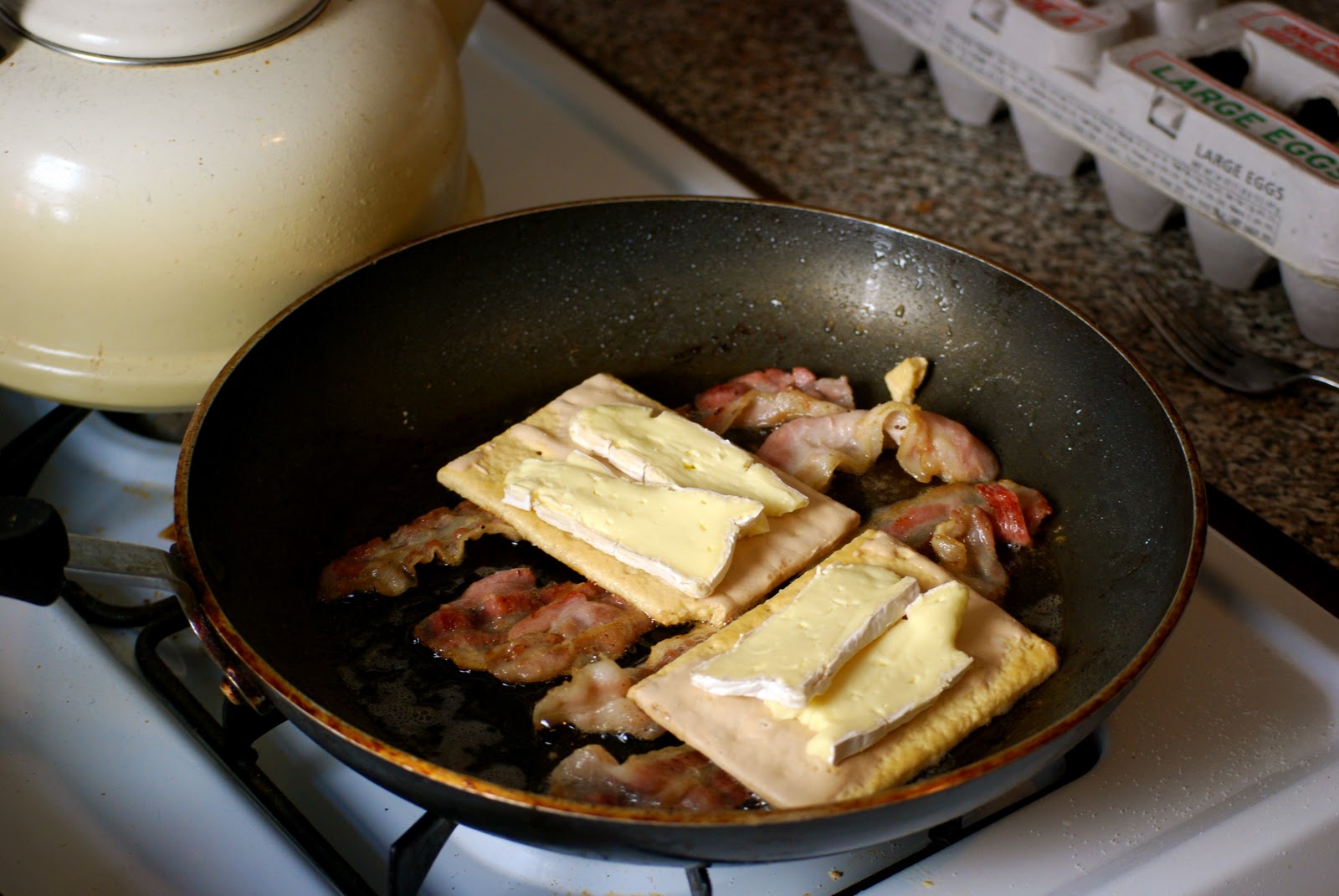 After you’ve scooped out the ‘tarts

, it’ll be time to add the sliced pear to one side of the sandwich. 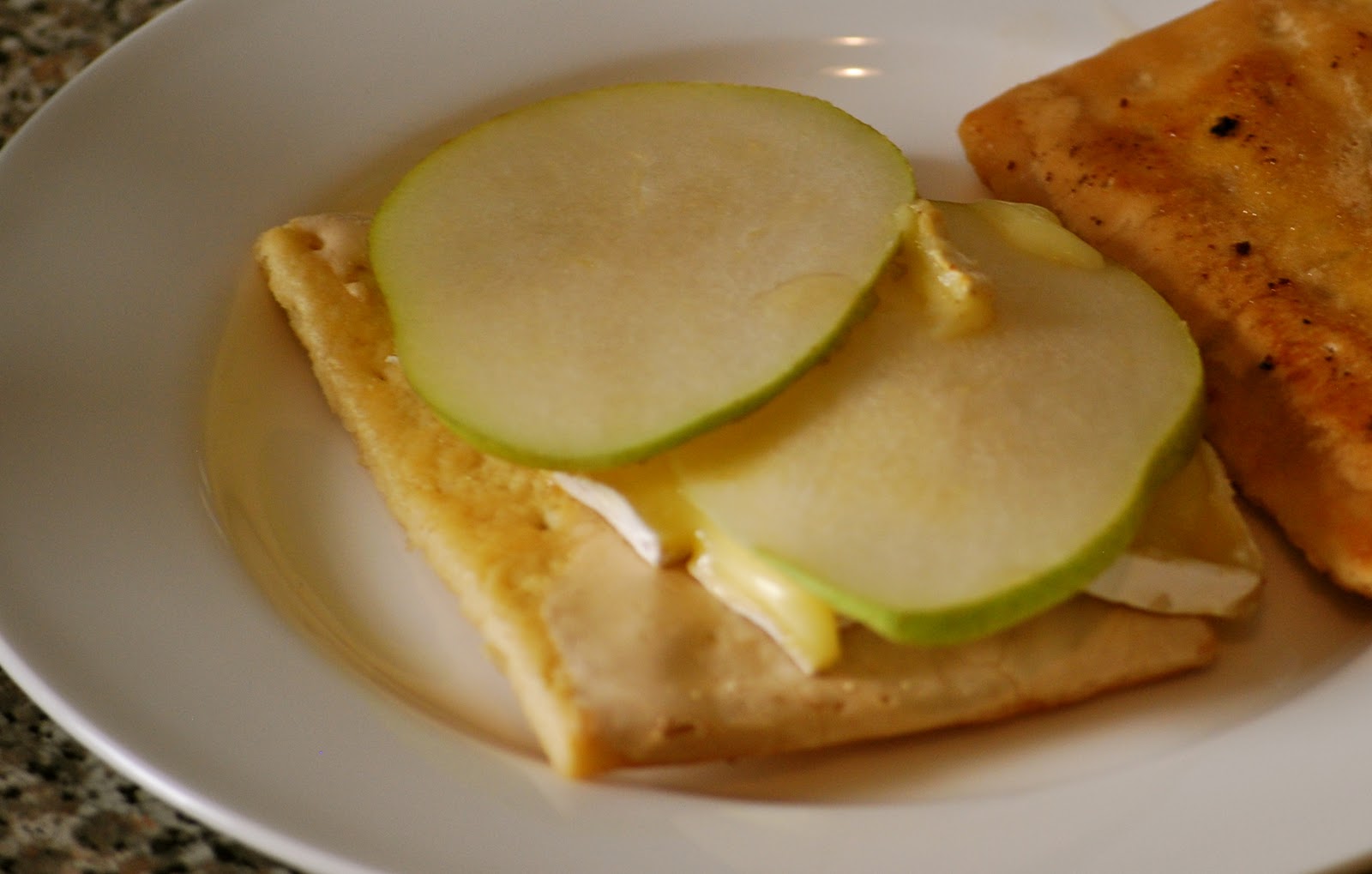 Then add the bacon! 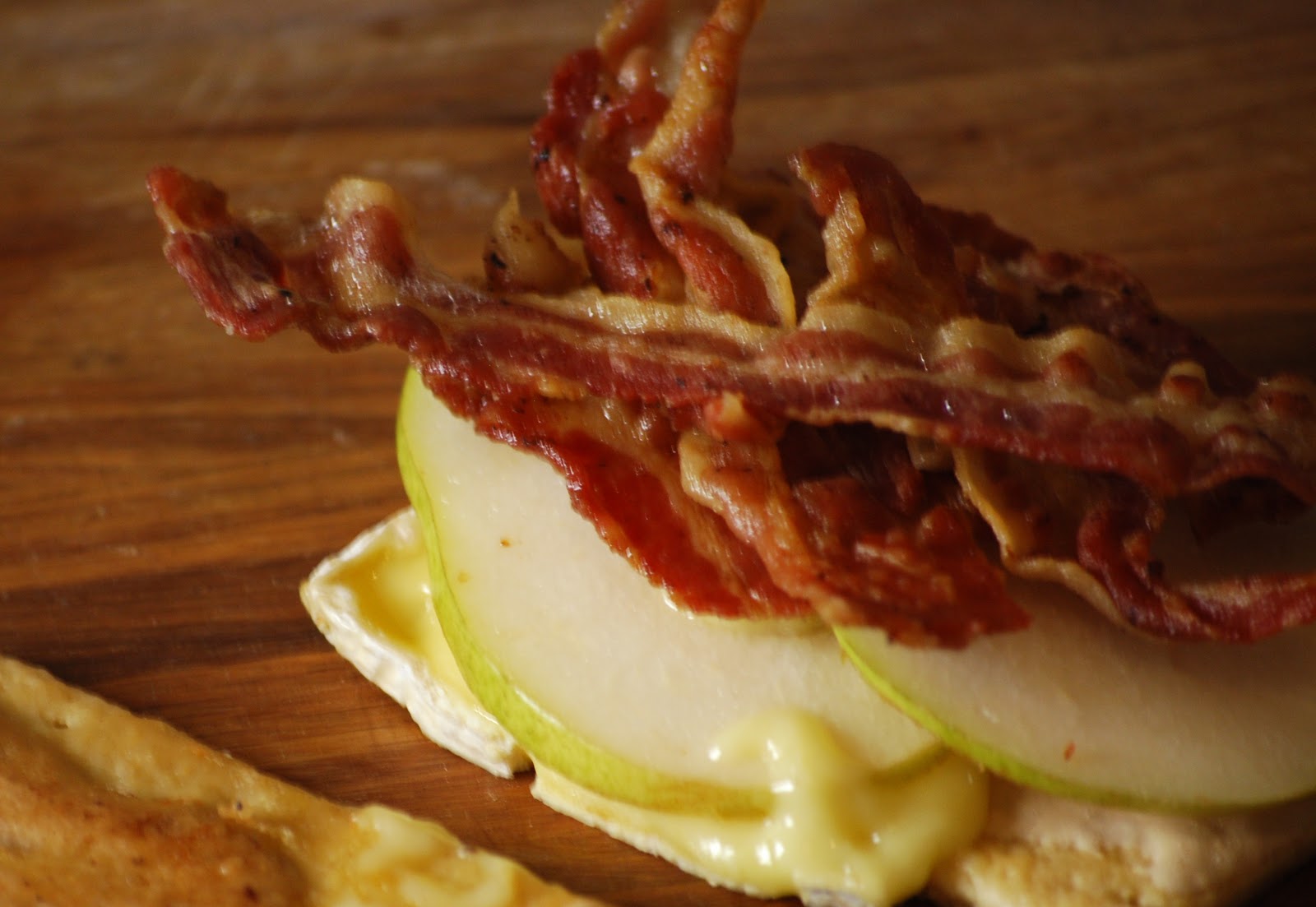 And now top it off with the other poptart, frosting side down. 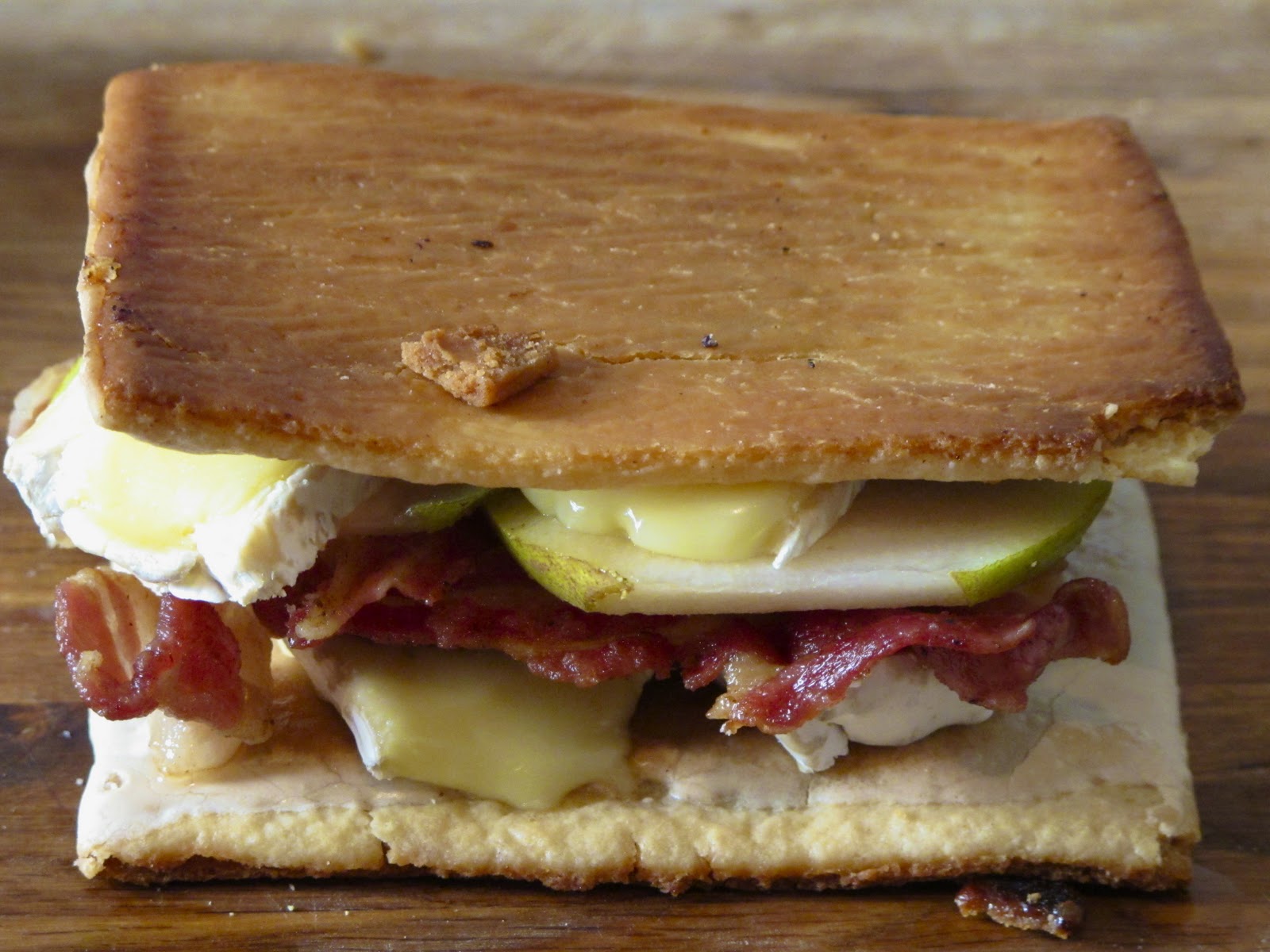 Crazy, right??  Believe me, it’s in your best interest to try this glorious creation.
Here’s the video that Jordan & Miliken of into the woods shot after leaving my kitchen and blog sesh. Check it out – featuring the young prisms!
Special Thanks to Jordan Kinley & Miliken Gardner for wasting their morning and lugging all their gear over to my place.  Make sure to check them out their website http://intothewoods.tv/  and you can also find them on Facebook and Twitter too!
xoxo,
GCS
Share
Pin
25 Shares
Previous Post: « Thanks’gibbons – Leftover Thanksgiving Grilled Cheese
Next Post: Team Cream – Bagel Grilled Cheese with Heirloom Tomatoes and Thyme Cream Cheese »